Is it though? Could it be more fair?

93Flareside said:
Could it be more fair?
Click to expand...

Wouldn’t that make it socialism?

Matt2000 said:
You should definitely have a pen nerds thread if there isn't already an old one for construction workers to unearth from a shallow grave. The conversation has already gone over my cack-handed-writing head so I'm interested to see what other implements people have.

Pen Nerds is still a better thread title, maybe Q or one of the mods can change it.
Click to expand...

Today when I notice it, I seem to be clenching my jaw and my Tinnitus is louder than usual. Perhaps the 2 are connected.

Here we see somebody trying to outrun their emotional baggage.

My task for tonight - bagging and tagging resistors to make a copy of this organising system. 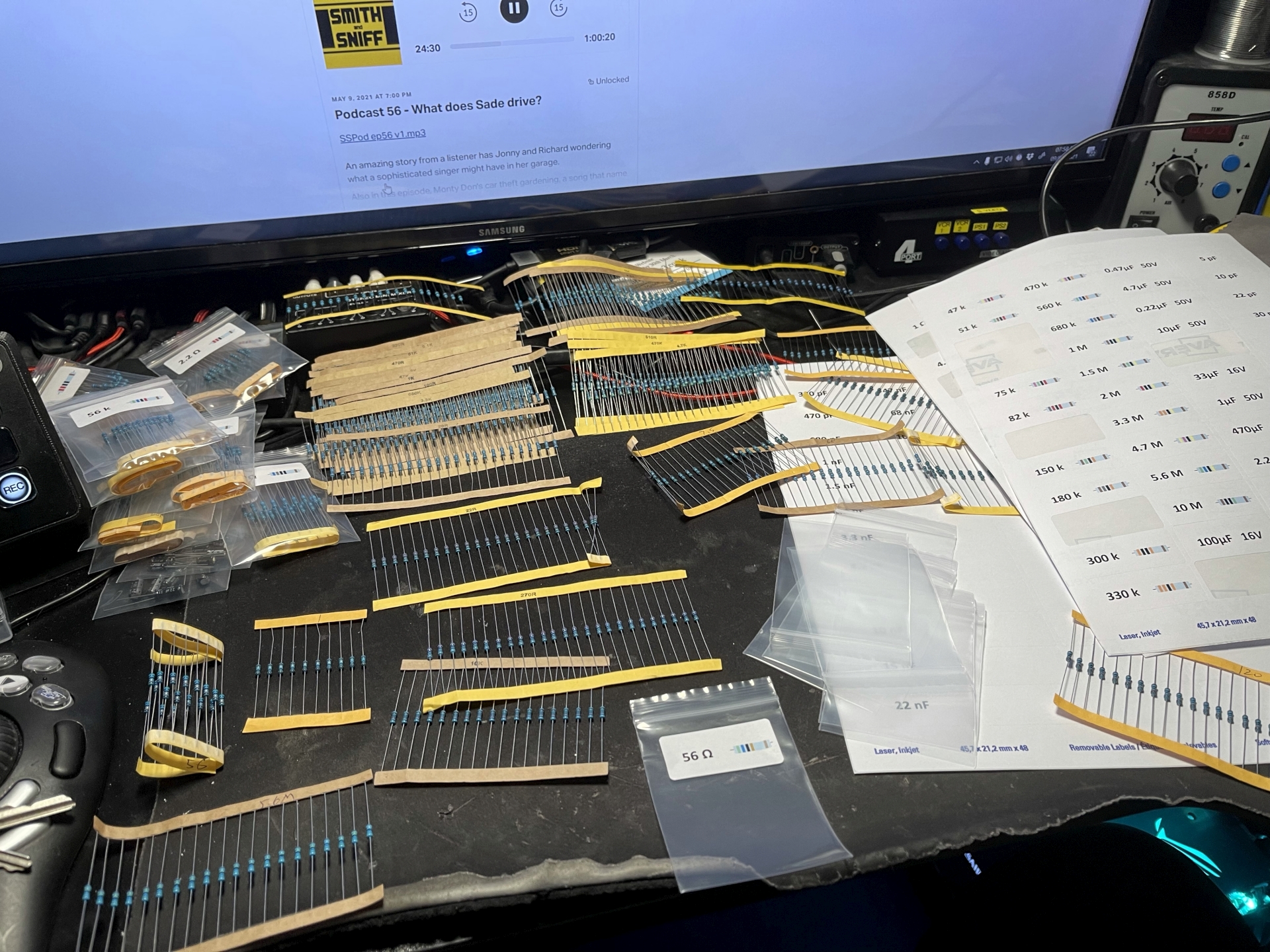 Reminds me of putting together Heathkits back in the day.
"I wish for an America that matches the marketing materials.” - @HardcoreHistory

I finally got them all done, tedious but satisfying. I need a 4-ring binder now to stop them flopping around. 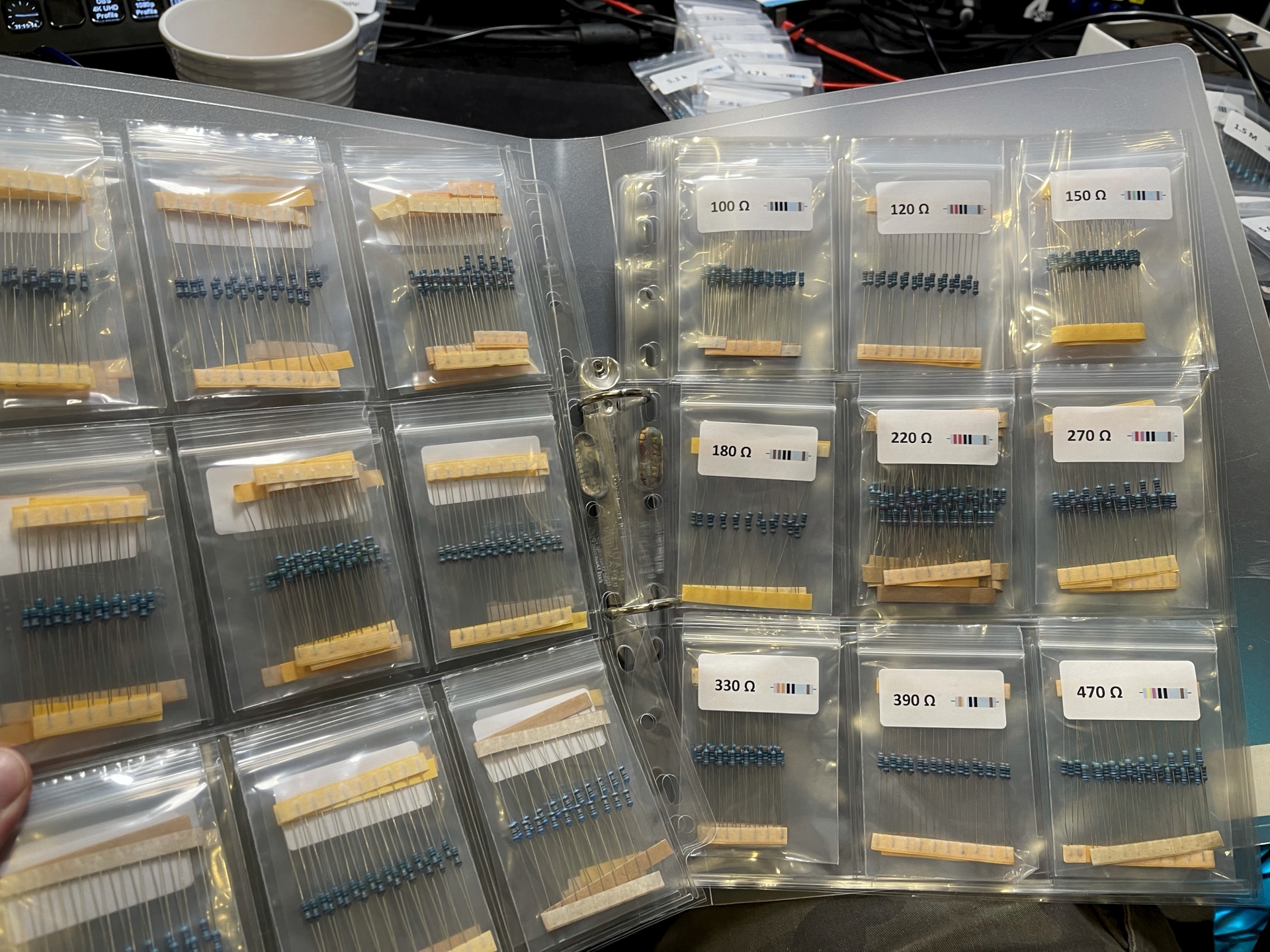 GRtak said:
Reminds me of putting together Heathkits back in the day.
Click to expand...

I actually have a 7-segment clock kit that I haven't put together yet, I bought some giant 7-segment LED displays but they're the wrong type (there are apparently two types - common anode and common cathode - damn polarised LEDs!) so I'll probably just make it as it is.

I also want it to be on a timer so it only comes on in the morning, seeing the time when trying to get to sleep is bad but I want to see it in the morning without my glasses. Normal relays are noisy but I read about reed relays last night and they're silent. I don't want any smartarse responses about getting an analogue clock that I wouldn't see in the dark because I'm blind as shit without my glasses on and there's no way I'd be able to read it.

A local fuel station had issues with water in the fuel yesterday, leaving lots of people stranded and having to have their tanks drained. Those not driving tanks also had to have their fuel drained.

It's good to know that you can't misfuel and EV and it's unlikely that the electricity will be contaminated.

It's amazing though how much I just use electricity in my Clarity. More even noticing how to kinda string together trip and charging. Something I wouldn't have to do with even 25 more electric miles range. I wish I had jumped directly to electric now but c'est la vie.

I will do a review when I clean it up and can take some photos of it as requested. All in all it's been the best car I've ever owned knock on wood.

The pipeline hack caused the south to have gas shortages but the FOMO is causing idiots to line up here too.

Did I miss a memo?

Yes, yes you did. There was a ransomware attack that shut down a pipeline that runs from Houston TX to New Jersey. People are now going nuts.
"I wish for an America that matches the marketing materials.” - @HardcoreHistory

So the fuel shortage is predicted to last several days as the pipeline regained service earlier. The panic then spread to states not affected. Where these people are going with this gas? Think a few days they believe they will use the entire tank of gas. I'm pretty sure if Lays said it was hacked the panic would lead to a national shortage of potato chips because who knows when they will ever exist again!

It's toilet roll all over again.

How bad is it: the government had to warn people not to fill plastic bags full of gas. Unfortunately that only made people say that's a good idea