That looks suspiciously like a german numberplate (oh - if you open the picture full size it clearly shows it is indeed), and going 160-180 surely doesn't sound like any other country than Germany...
So, what brings you to U-Rope?

Eye-Q said:
That looks suspiciously like a german numberplate (oh - if you open the picture full size it clearly shows it is indeed), and going 160-180 surely doesn't sound like any other country than Germany...
So, what brings you to U-Rope?
Click to expand...

Work with a side of Ringmeet
- Alright you Primitive Screwheads, listen up! You see this? This... is my BOOMSTICK!

This has to be the only Citroën C3 in existance that has ever been above 90km/h.

It's a C4
- Alright you Primitive Screwheads, listen up! You see this? This... is my BOOMSTICK!

Oh. My point still stands, though.

- I see, the stupid trend with fake square exhaust has now reached the side and front of cars.
- What's with the Duplo connectors on the dashboard?
- Also the front looks like made by three different design teams, with all the results just stacked on top of eachother.
/rant

It feels like Citroën kind of lost the plot when they discontinued the C5.

Due to some rules at Avis.de about not renting cars for longer than 30 days, the

was replaced with a Seat Ibiza for the rest of my stay.

The Ibiza was better equipped, had better handling, a manual gearbox, and a working Android Auto.

It also had an anemic engine, and apparently winter tires on, as I discovered on my way back to FRA when I got warnings whenever I would drive above 150.


Cue a second short trip the last week of August, where I was given this gem:

To go with the anemic engine, it had a manual transmission that had the worst clutch pedal in the world. My Logitech G27 had better feel.

Similar road handling to the

It had a working Android Auto, but with the worst implementation of safety inhibits I've seen.

To allow unlimited inputs on the touch screen, parking brake needed to be on. Since it's an electronic parking brake, this was doubly annoying.

I'm pretty sure on my car it's purely speed based, so I can even be in gear, as long as I'm stopped I can input whatever I need.
- Alright you Primitive Screwheads, listen up! You see this? This... is my BOOMSTICK!

The Grandland is one of those Opels that were built under GM but using Peugeot bits. It feels like they still were trying to figure things out.

It really looks like they're finding their mojo with the new Astra and Mokka that just came out. Don't know if they are any better to drive, though.

150 sounds like a weird winter tyre limitation, at least outside the Nordics, maybe a previous renter just set the limiter manually

Drove this yesterday because it was more affordable and reliable than having a freight company at the moment to deliver some time sensitive stuff to a customer in Iowa. 524mi or 843kms done yesterday. Stuff I was delivering was around 2500lbs/1.5 tons. Truck has a payload capacity of 4300lbs. So nicely loaded. Having less than 20,000mi on it this had to be the newest, least abused moving truck I've ever driven.

Being newer but still a very old design (we're talking mid-2000s refresh GM chassis) this surprisingly had decent power and very good brakes. They were of course hydraulic but not of the usual GM truck brakes where they feel scary to use as if you have air in the line. Road noise was there and so was the wind noise. I could also hear the bugs hitting the box as I drove along. I was surprised to find the radio while no having bluetooth, had USB input so I wasn't left listening to bumps in the road and or a crappy radio station. That said already there was a problem the door speakers, the drivers side would go in and out depending on how hard you took a corner or hit a bump in the road. Ride was rough because leaf springs, it already needed an alignment, and there was something out of balance while driving. The engine had plenty of power and you hit the limiter of 75MPH (120km/h) quickly. Drivers seat was flat and the armrest helped keep me in the seat. No back support so I had intense tailbone pain after 2hrs, and I spent 8.5hrs in this thing. Cruise control engaged below 70mph and if you accelerated over 70, the cruise would switch off automatically, not like any car where you can exceed the setting, then let the car coast back and the cruise control will pickup once the speed gets low enough. Fuel mileage was 11.4mpg or 20.6 l/100km. Surprisingly, this has a backup camera (screen is in the rearview mirror!) collision warning, and lane departure. I would recommend over U-Haul any day. Newer truck, less beat.

All in all, I was out of the office for a day, and hardly talked to anyone, so that was nice.

When I saw the printout of the rental agreement I was all geared up to hate on this in a thermonuclear fashion.

Four days in and I love the bloody thing! My only gripe is that every day around mid afternoon it forgets it has Android Auto and of course being French the gearbox is notchy even when warm but that's to be expected.

The blown three pot pulls brilliantly above 2500 revs, ride is firm enough to feel secure but not so much that it shatters your spine, body roll is less than expected, turn in is crisp without a hint of understeer even on wet roundabouts, plenty of feel through the steering wheel, brakes are good and not at all snatchy and it's well specced. The lane keeping system is hilarious on the motorway; it drifts from centre line to hard shoulder and back again like the old lady at the end of Ferris Bueller's Day Off!

Would I be happy with another one for enjoying the B roads of Eire? You can bet your bollocks to a barn dance I would. 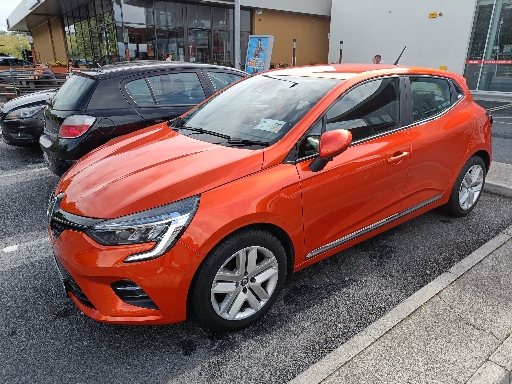 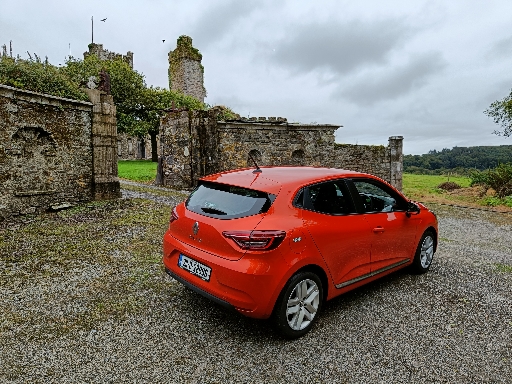 This being the only appropriate brand of car for the most famous road in Romania, I can’t really complain. Could have been a Sandero, but the luggage for two people and two weeks fits better in this Logan.

What can I say? Apart from the electric front windows, air conditioning and possibly the stereo (whose Bluetooth function was sort of hidden), it’s absolute poverty spec. But you can’t drive very fast on Romanian country roads anyway and it’s alright for the A roads and occasional bits of motorway.

I drove it hard for the first couple of kilometres up the northern part of the Transfăgărășan and it didn’t explode, so I parked it with the bonnet open for about half an hour while the wife and I took a walk. I slowed down for the rest because I don’t have a nearby mechanic on speed dial.

It likes to give amusing shifting recommendations, the throttle response tends to be somewhat erratic, the steering is best described as “functional”, but the brakes are alright. Which is nice because some of the local drivers are a bit… adventurous.
Last edited: Sep 22, 2021