*not really, I basically hate it, but I like not spending a gazillion on hotels, too.
Click to expand...

The hotel was actually rather cheap. I generally love camping, but I really don't want to deal with the hassle of hauling my camping gear to Germany. I know some of you have offered to share tents and whatnot, but I'd hate to impose like that.

If I were to camp, it would be in the back of a rented A6 Avant or 5er Touring or something similar which actually would cost more than the hotel. With the hotel rental, I can either take the train again, or more likely, rent an econo-shitbox.

Lemme put it this way, I have a spare 3 person 2" tent, which takes up negligible space in the cars, compared to my own shit. And I can throw in two(!) self inflating mats with built-in sleeping bags, because we all graduated to actual air mattresses. That's not imposing, that's just accepting
Goodbye...
R.I.P.
...Aaaand it's gone

hah, there's a lot of spare camping gear going around, if needed.
I was just beeing a smartass, like I said, I don't like camping.

I'm not flying across the ocean to sleep on the ground. I can do that here.

Crazyjeeper said:
I'm not flying across the ocean to sleep on the ground. I can do that here.
Click to expand...

If you ask nicely, we can throw in a sleeping mat or an air mattress as well.
Goodbye...
R.I.P.
...Aaaand it's gone

was saved by Spezi

93Flareside said:
It is confirmed, @Brotan was saved by Spezi.
Click to expand...

Any other Ukanians wanting to book their travel for Ringmeet then there is a 25% discount code EECONFS with DFDS Seaways currently valid for dates around Ringmeet. Matt2000, Peter3HG, Maytum and Davetouch I'm looking at you in particular.

For those wondering about the 4th person he is a mate of Sam's who hasn't yet confirmed that he is coming but since it didn't affect the price I put his name on the booking anyway. If he decides not to come it's his loss.

If anyone wants to join us in convoy we are detouring on the Wednesday to a car museum at the Hague and overnighting there, probably Air BnB, before continuing to VS. We leave Dover-Dunkirk on the 10.00 sailing outbound and return Calais-Dover on the 15.40 sailing for the return leg. Floor space to sleep on at my Mum's in Hastings for the evening of Tuesday 6th can be agreed for one person on a first come/first served basis.
WillDAQ: To use the technical terms: "the Mustang is to aerodynamics what horse shit is to fine dining"

Louwman is a wonderful place, I'm sure you'll enjoy it, we went there for aduvester.
Goodbye...
R.I.P.
...Aaaand it's gone

Adunaphel said:
Louwman is a wonderful place, I'm sure you'll enjoy it, we went there for aduvester.
Click to expand...

It was IceBone's photos from that visit that inspired the choice.
WillDAQ: To use the technical terms: "the Mustang is to aerodynamics what horse shit is to fine dining"

Does anyone have any interest in Geocaching at some point? 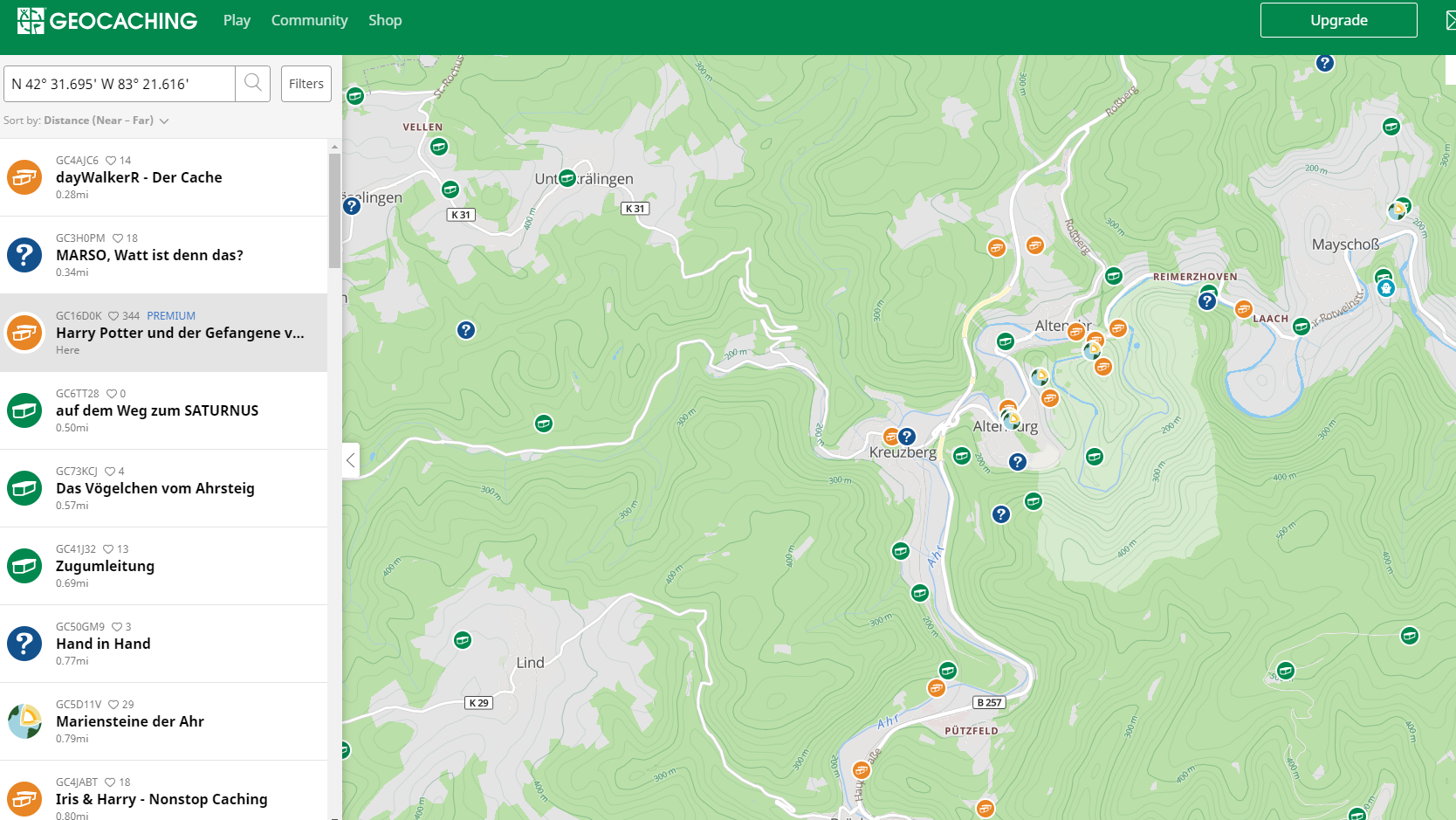 Never did this before, but if it basically means wandering around with a beer in your hand, I'm in.
Battered and weary after the craziness of the 1960s, the self-righteousness of the 1970s and the greed of the 1980s, I want to go home again, oh, so desperately - home to that land of drive-in restaurants and Chevy Bel-Airs, making out and rock 'n' roll and drag races and Studebakers, Elvis and James Dean and black leather jackets. Not that I ever owned a black leather jacket.
(Roger Ebert)

I had no idea there would be so many around, I still consider the campsite to be in the middle of nowhere!

Can it be done by car?
"If Liberty means anything at all, it means the right to tell people what they do not want to hear" (George Orwell)

MacGuffin said:
Can it be done by car?
Click to expand...

It depends. Some caches are on hiking trails, others are near parking lots. There's one near my apartment that's hidden inside a post for a parking lot light, but I've also seen some that are in the woods 50 feet from a trail. Looks like the ones around the campsite are mostly easily accessible by car if you can find parking, though some are definitely on hiking trails in the woods. 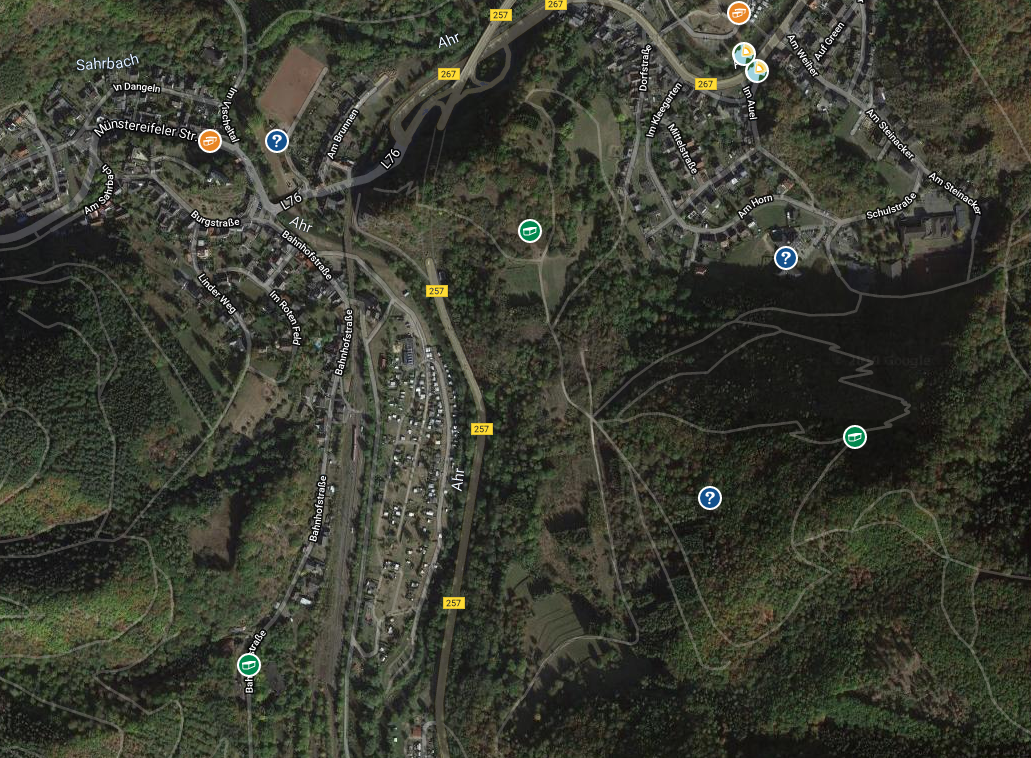 Just in case it hasn't been posted here as many have had trouble booking with Weihs hotel, Wurskessel also has a hotel so if Faltin isn't close enough, this place is also very close.

Count me in for Thursday-Monday. Thinking of doing road trip. Word on the street is Ukraine is on the list of ideas or something around the Alps but shorter than previous times. I haven't decided whether I'm going to get an Alfa that @DaBoom will then take after the road trip or some proper shitbox to bestow on somebody to help store and sell for me. hint hint wink wink
Click to expand...

So for those not in the know, Weihs only replied last week to me. You might have luck now if you put in a request or calling directly.

Also, if this is your only thread to look at, just know that theres a Ukraine trip and a Swiss-Italy trip going on, Swisstaly is only a week so if you can't get a bunch of time off or prefer to still retain your cars suspension after the trip, Swisstaly might be for you.
Last edited: May 7, 2019

First post on the forums in about 2 years
You can put me down for camping Thursday to Monday.

Peter3hg said:
First post on the forums in about 2 years
You can put me down for camping Thursday to Monday.
Click to expand...

Guys and girls, I might get stoned to death for this, but I'm afraid I won't arrive by car (or any motorized vehicle for that matter).

Instead, I'll take a train to Cologne main station on Thursday, August 8th and cycle from there to Viktoria Station, arriving somewhere around 7-8 pm-ish, depending on weather conditions and navigation abilities. I could take two trains from Cologne to Kreuzberg as well, but I'm too cheap to shell out 20 Euros for that connection, instead I'll cycle about 90 km in the Rhine and Ahr valleys. Return is on Monday, August 12th, I'll depart around 10 in the morning to catch a train in Cologne again.

@thomas, can I reserve a tent from your inventory? Clothes for 3 days, an air mattress and a sleeping bag are easily doable on the bike, but my tent is too bulky for that...
Last edited: May 19, 2019
You must log in or register to reply here.
Share:
Facebook Twitter Reddit WhatsApp Email Share Link
Top