Saddam Hussein will be hung by Sunday

Scott said:
I propose an insta-ban to anyone who posts anything even looking like a willy...
Click to expand... 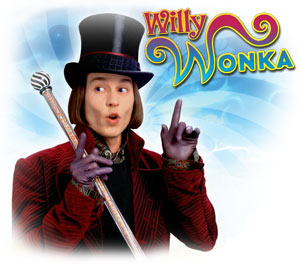 Sorry, had to be done.
"I was sad because I had no shoes, until I met a man who had no feet. So I said, ?Got any shoes you're not using??

sometimes, I like to fly on my magic steed to the top of mount everest to mate with the ice princess
http://img339.imageshack.**/img339/8274/fgsigeh1.jpg

Scott said:
I propose an insta-ban to anyone who posts anything even looking like a willy...
Click to expand...

It seems that tonight's the night...

BAGHDAD, Iraq (CNN) -- Saddam Hussein will be hanged before dawn on Saturday in Iraq, before 6 a.m. (10 p.m. Friday ET), according to Appeals Judge Munir Haddad.

The paperwork is in order for Hussein's execution, and the judge echoed a widespread belief that the hanging could be imminent.

At the same time, attorneys in the United States were taking court action to block the execution.

Haddad, a judge on the appeals court that upheld the former dictator's death sentence, and an adviser to Iraqi Prime Minister Nuri al-Maliki each confirmed the paperwork preparation late Friday.

"All the procedures have been completed," Haddad said.
Click to expand...

are we allowed to post the video (which will almost certainly be on you tube) in this thread?
http://img339.imageshack.**/img339/8274/fgsigeh1.jpg

Why not?
So it's just one more hour for Saddam.

Saddam has now been executed, the execution was photgraphed and filmed.

Does it make me a bad person to want to watch this on youtube?
"Basically, the excruciating pain you feel when you sink a knife into your thumb, a lot of the pain comes from the knowledge that you're really an idiot." -- Anthony Bourdain

So in related news, Saddam is dead.

I'm also looking forward to referring to Saddam in the past tense.

I'm wondering what the effect of the execution will be on the violence in Iraq...

CyberMonkey said:
I'm wondering what the effect of the execution will be on the violence in Iraq...
Click to expand...

That's the way I see Sunnis thinking about this. I don't know why though, I felt more sorry for all the sheep that were being slaughtered for Eid. I really do wish that he was kept alive and milked of information. I guess that's why this case was picked first and was wrapped up so quickly. Imagine how much dirty laundry would have been aired out about Arab and foreign powers that were the reason Saddam became so powerful in the first place. Oh how would I have loved to see the last Saudi king humiliated for being the bigot he really was.

That would have been an interesting outcome. I think that the purpose of offing him as quickly as they did was to "move Iraq past Saddam."

That isn't gonna happen. They've been past Saddam for a while. They're now fighting for sectarian power.

for anyone that wants to see heres a .gif of it

[IMAGE REMOVED DUE TO VIOLATION OF FORUM RULES]
Last edited by a moderator: Dec 31, 2006 D-Fence said:
I wait for the first guys using it as an avatar "because it makes you feel so good see somebody be murdered"
Click to expand...

Saddam is dead, I was confused, I thought that the execution would be a lot more formal than a whole bunch of people in black head covers cursing and yelling and then the hanging. I though it would be a whole lot more formal.