Re: the trans: if you take it out would you also attempt restoring 4x4?

Not yet, in an ideal world I'd do it but once I do it's a ticking time-bomb and other things need fixing first. The IRD will likely need replacing with a recon unit, which is expensive, and the propshaft isn't there so that needs to be purchased with bearings.

There's a ticking noise from the rear end on slow turns, I understand that this is most likely due to shagged rear diff mounts. I plan to remove the rear diff and then maybe it can be checked to see if it's usable, otherwise that's also expensive to replace.

2WD is fine for what I'm using it for at the moment, when I got it I was concerned I would have to reinstate 4WD immediately as it would sometimes chirp the fronts when pulling away. That was with the ancient tyres, it's fine with the new rubber.

Edit: I should add that the trans doesn't need to be removed to replace this part I have, just lowered slightly. The IRD (basically a transfer case) can be removed independently too.
Last edited: Jul 14, 2022

Probably worth an update, as the Freelander now has a fresh MOT. Passed first time with only a few advisories. Strangely, the 'worn out' brakes and 'seriously deteriorated' CV boots from last year weren't mentioned, after I checked them and found them to be fine. I have new discs and pads to fit though when the time comes.

A few weeks ago it was too hot to do anything else so I dismantled the part I wanted from the donor gearbox, to find out if it has the uprated part. Digging into it here, it's the entire inner part with the outer gear teeth. 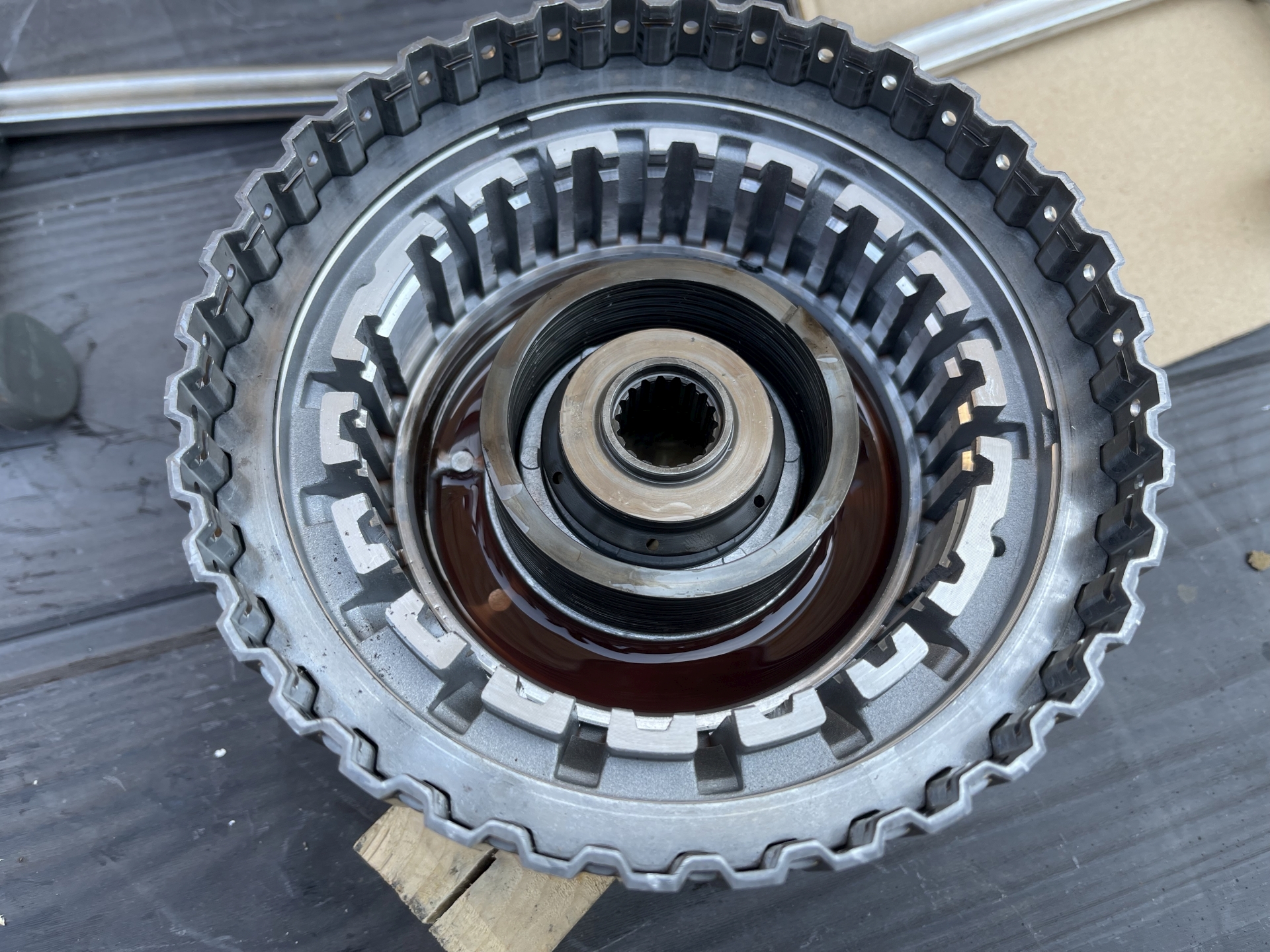 It eventually came out and here's a picture that gives no sense of scale, like all of the other pictures I had seen. This is actually quite a big lump of metal. I'm pleased to say it is the uprated part and it's in perfect condition. I was also told that the bands I had were fine to re-use, as 0.04mm of wear is nothing for those clutch bands. Can't believe I got this for less than 40 quid. 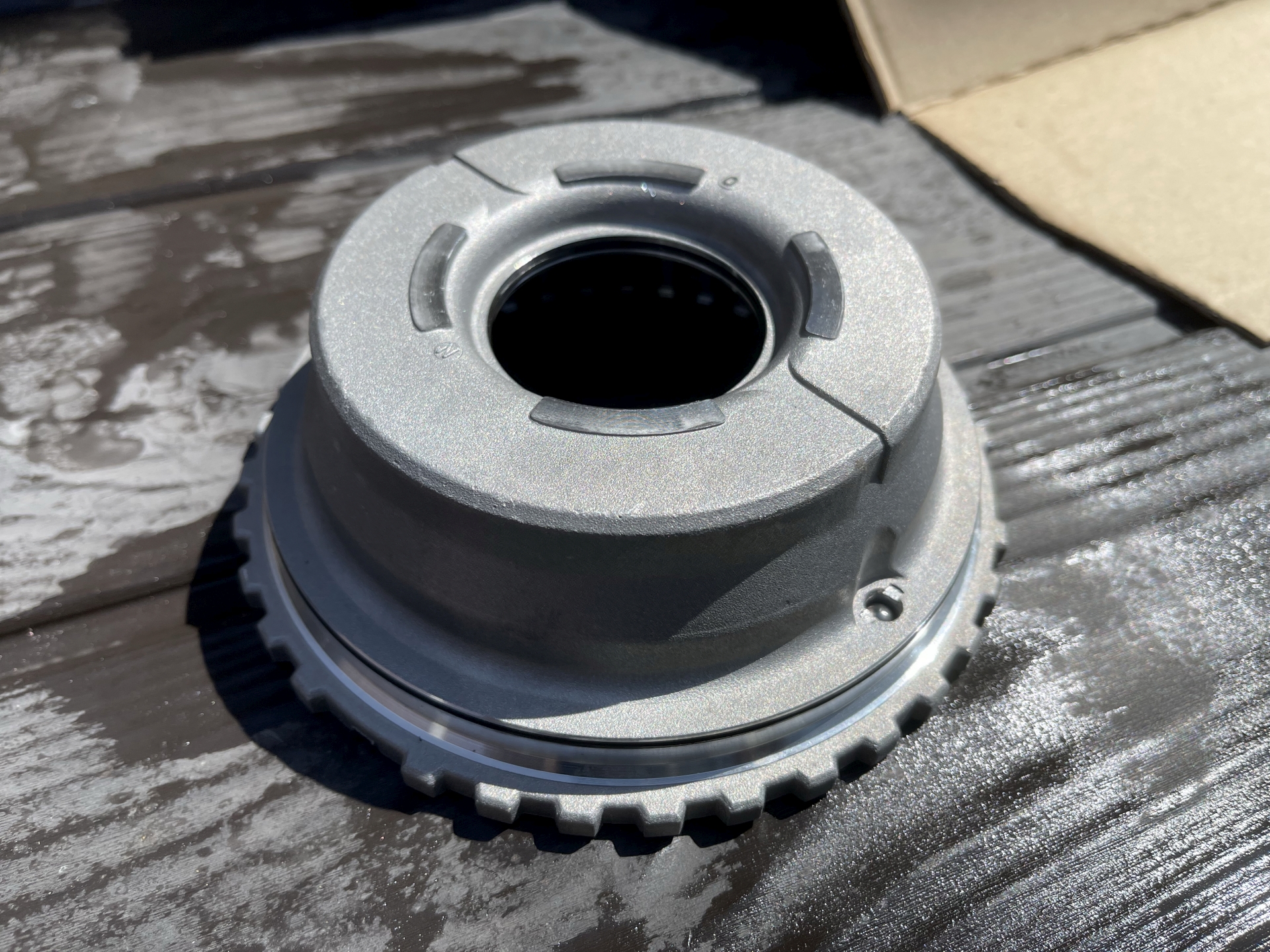 The gearbox is now living in the garage, as I might actually want to drive the bobtail at some point and needed to get the Mazda back in. I didn't fancy driving around with a massive gearbox clattering around and puking ATF everywhere. The cleanup is already going to be... interesting.

To get the bobtail Disco through its MOT I had to steal the interior light bulb from Geoff, as it was the night before. I got a pack of 10 from Amazon and went to fit one, however I goofed it and lost it in the roof. Yes, that's right, there's a hole in the roof that the bulb can go through if you have butter fingers.

See, it's got a stupid hole in it! What's that for? 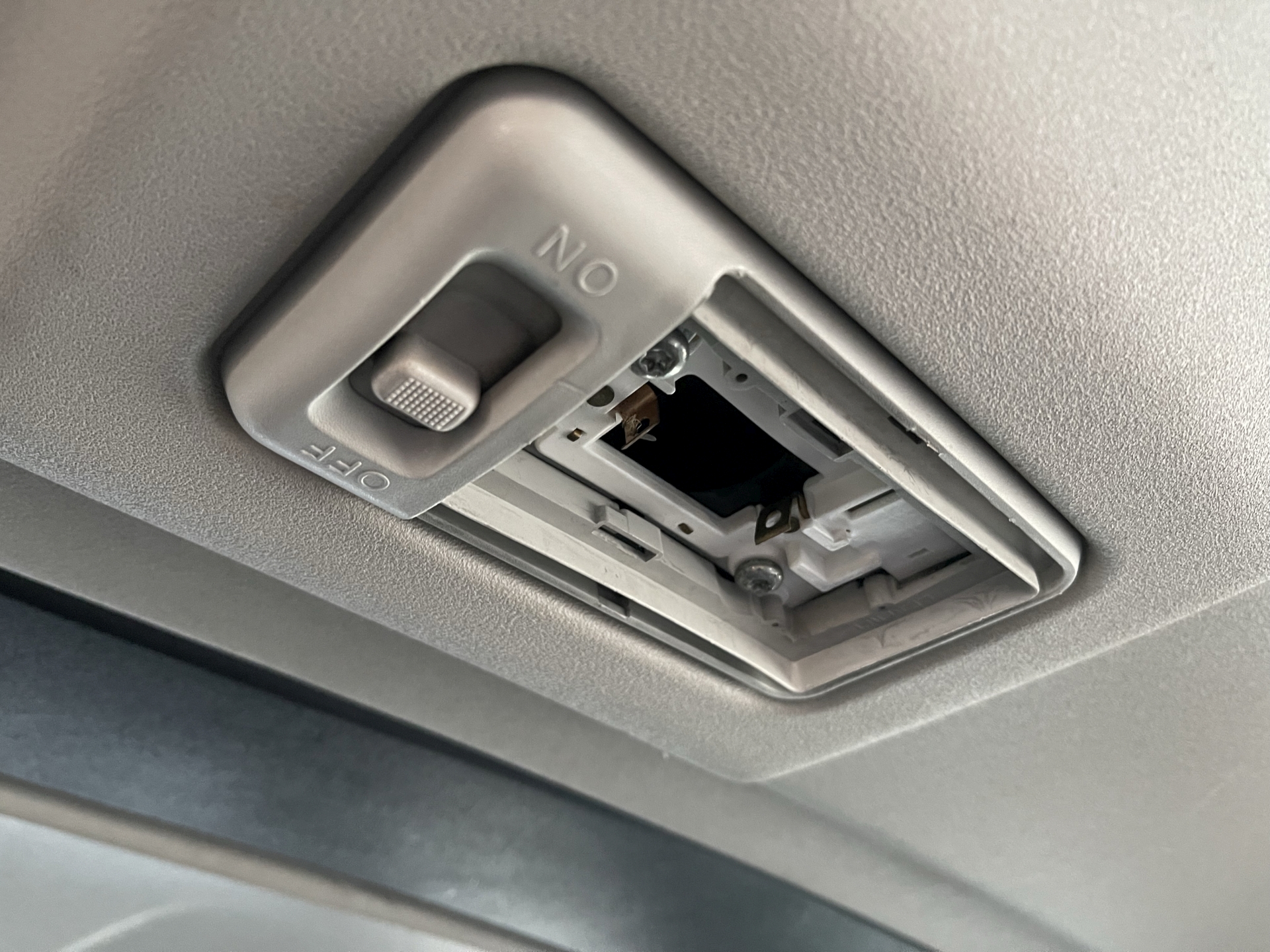 With the lamp unit removed the bracket behind also has a hole in it, what a stupid design! 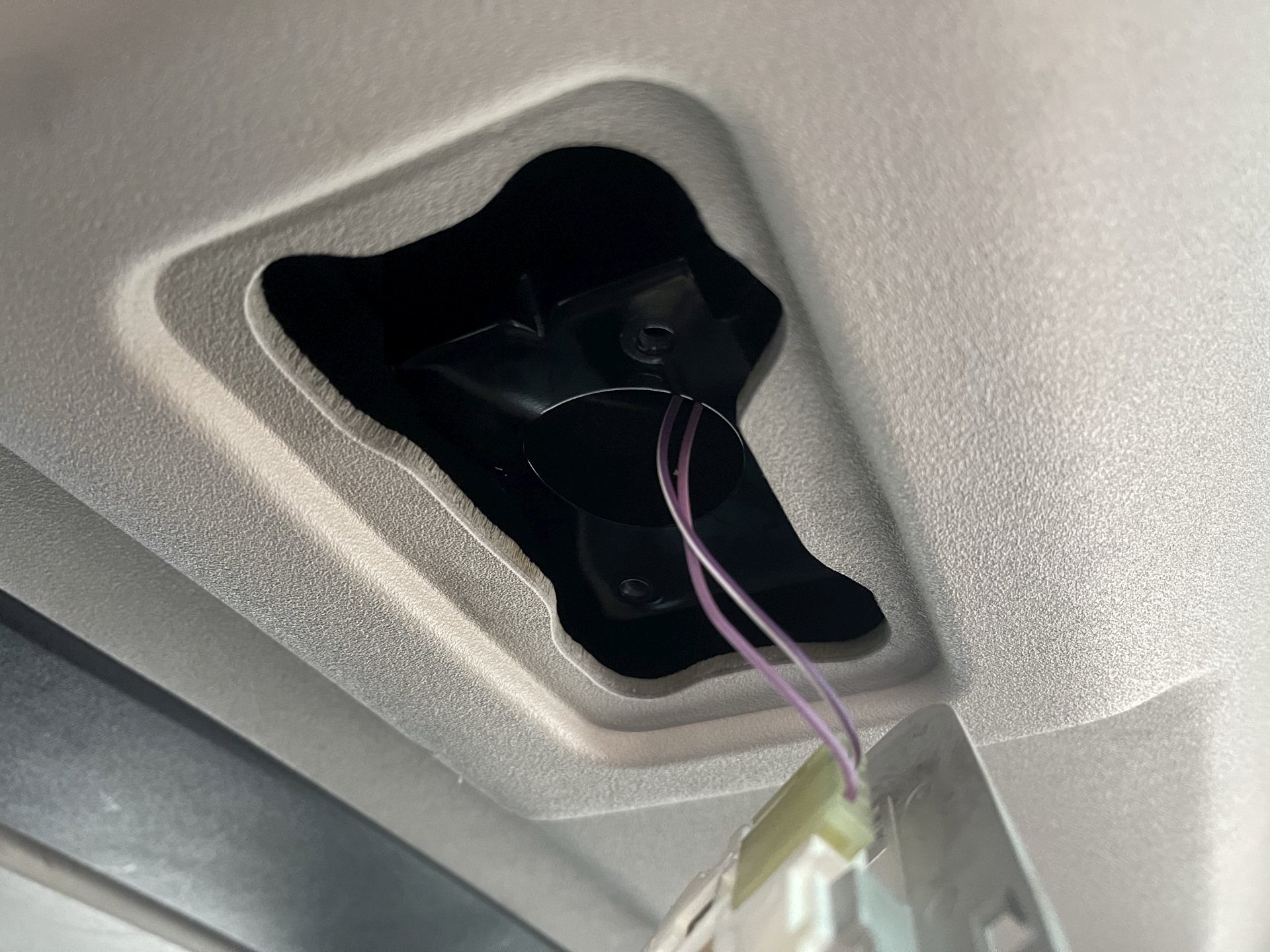 I felt around but couldn't find the previous bulb, presumably it has fallen down the sides of the roof lining. It won't come off without removing the hardback and the black piece of trim behind it. So it's staying there for now. I fitted another bulb, it's more fiddly than it needed to be.

Then I checked the dessicant dehumidifier thing in the load area cubby hole and it clearly isn't working properly... 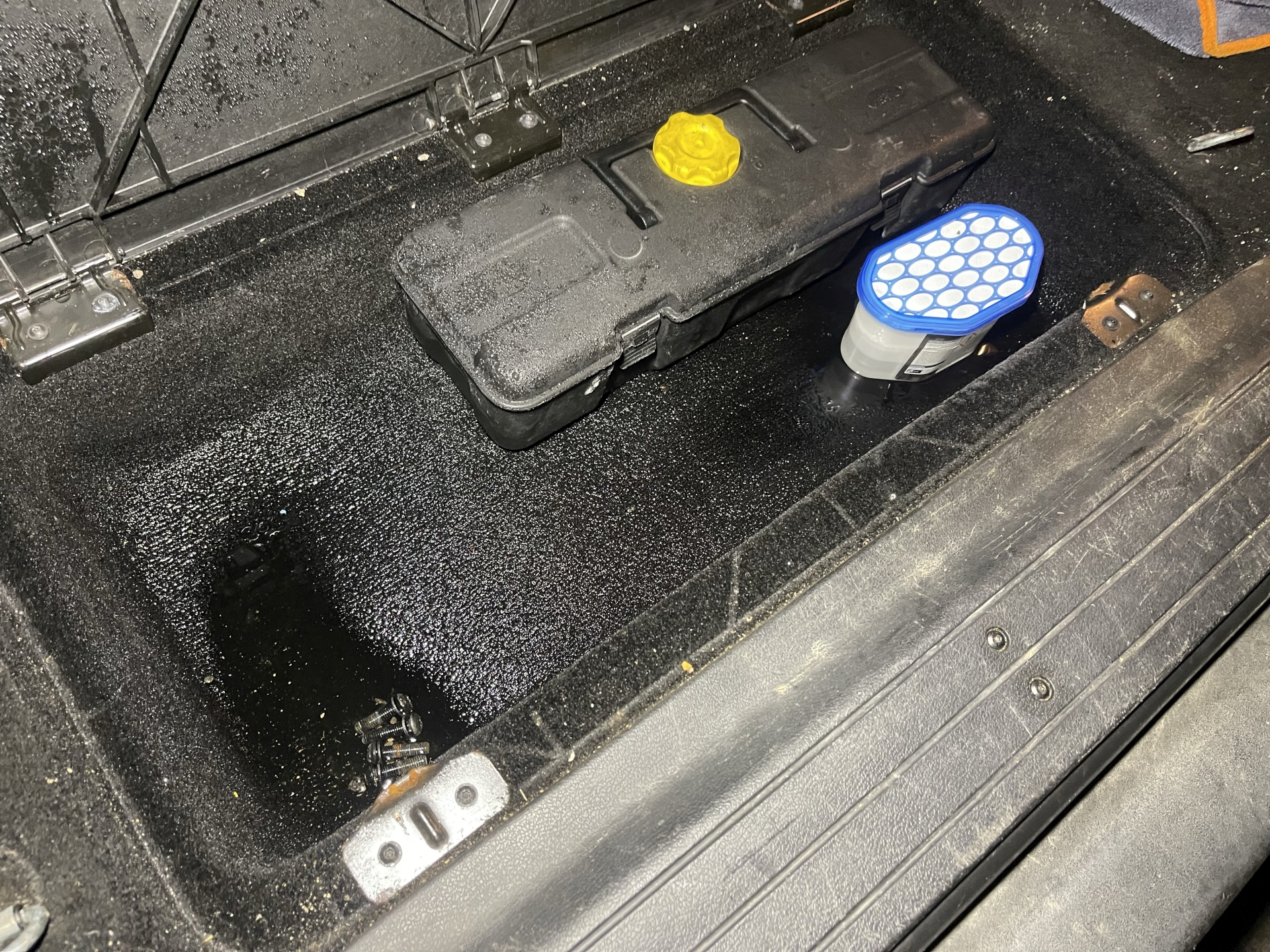 Not exactly sure where that all came from but I vacuumed it all out and dried it as much as I could with a towel. Funnily enough there is still some dessicant in the dehumidifier thingy. 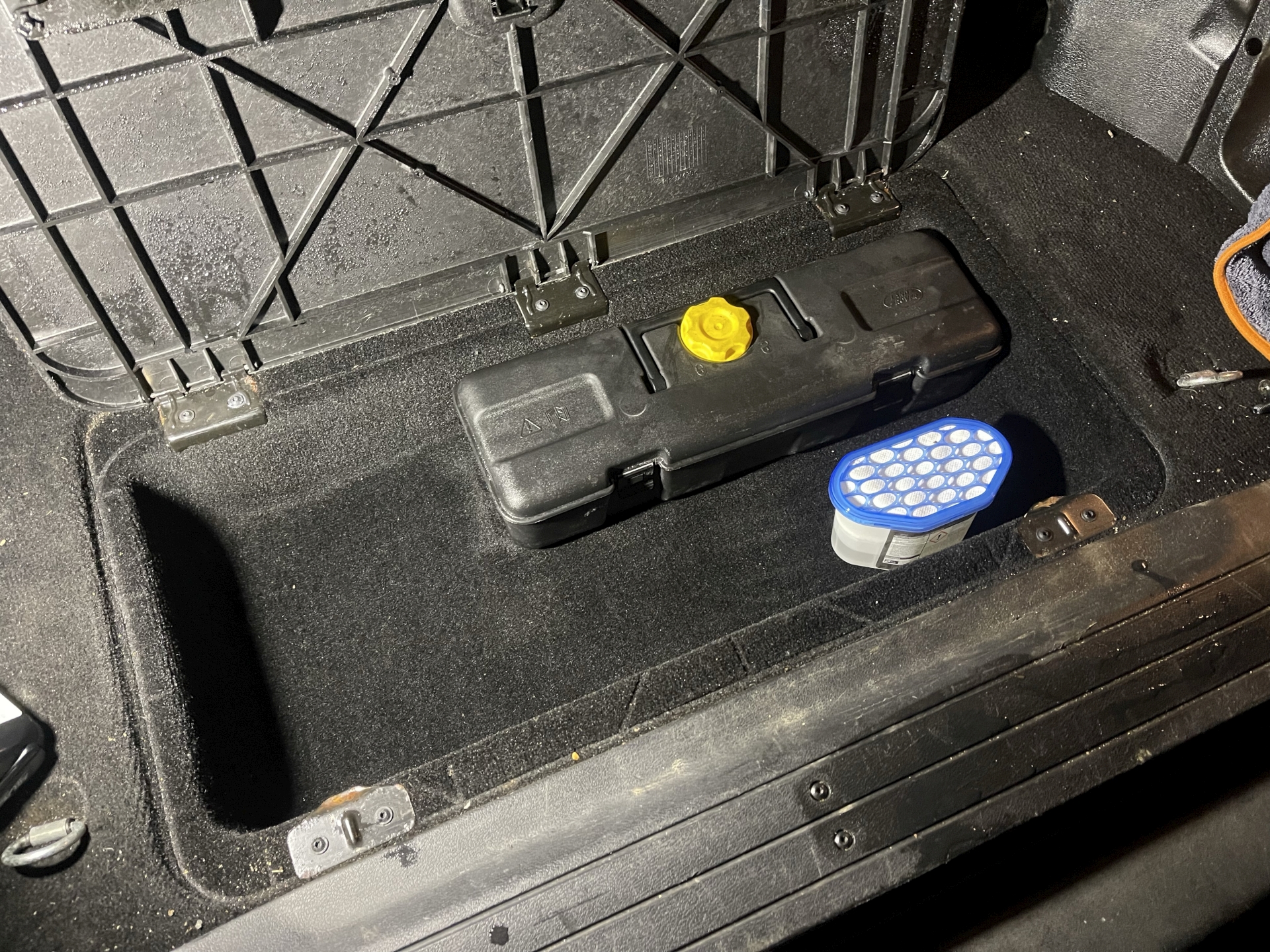 No idea where the water came from, the rear window appears to be sealing and both pop-out rear windows are closed. I'll keep an eye on it.

Finally, having added a second CTEK cable to the solar charge controller so I can have the Mazda and Freelander charging at the same time, I used one of the old tails to give somewhere to clip the cable to when going out in the Freelander. When I had one cable I just plug it in to the Mazda.

I pulled the pins out so it doesn't connect and short out with water, it just provides a waterproof cover. 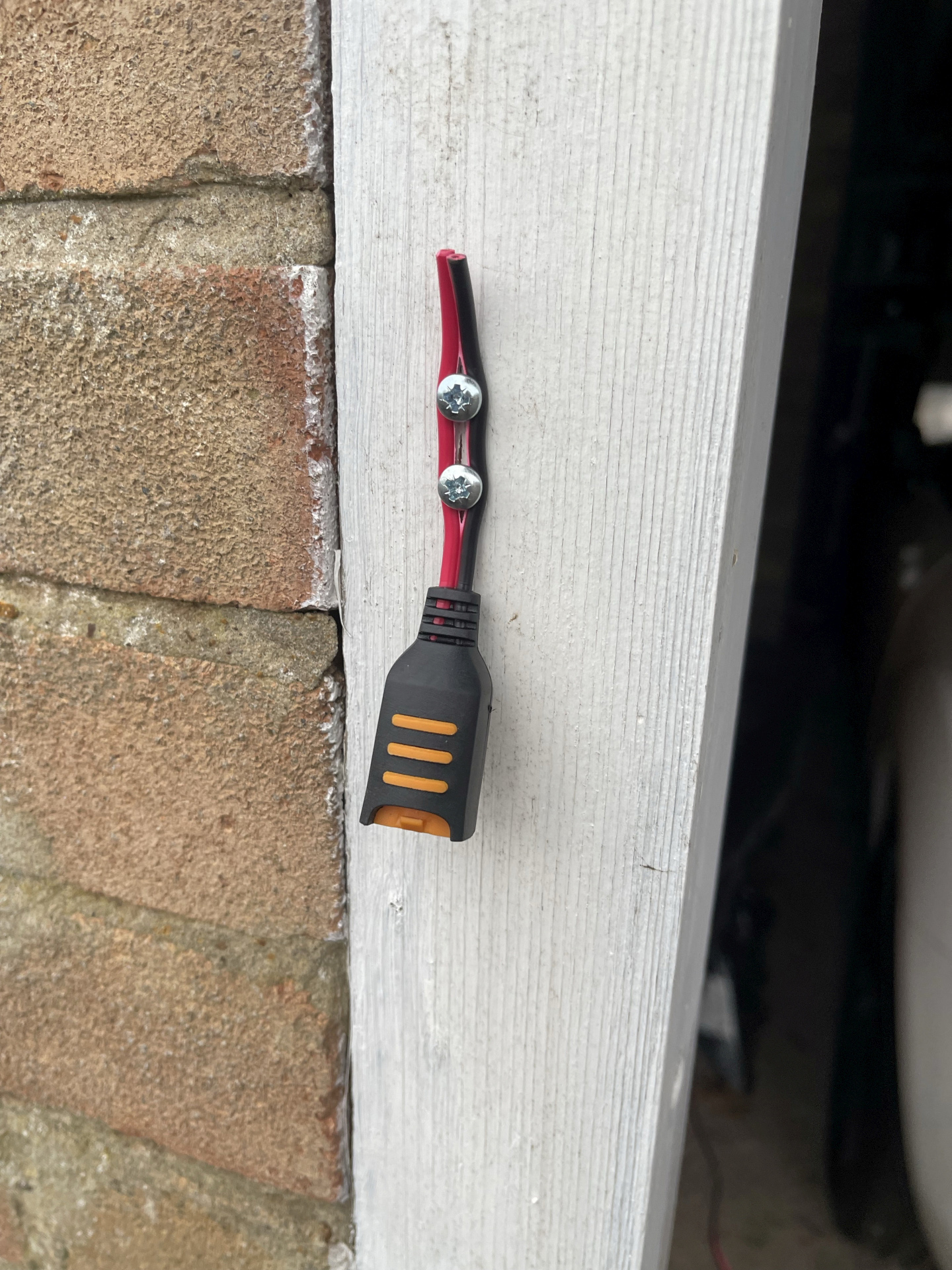 Water is still getting into the little boot cubby thing, no idea where it's coming from. I put a towel in there to absorb it and it's been quite cold recently.

captain_70s said:
Everything I own currently fills with water and it's dire. I feel your pain.
Click to expand...

I was going to reply that it's rare to have problems with water in my cars, but then I remembered...

If you count problems with water in the engine then I cooked the 300tdi by leaving the expansion tank cap off, the Smart randomly boiled over one day on the motorway but was thankfully fine, the V8 pissed all of its water out onto the road in Germany and the 200tdi currently piddles water out of an old hose and does an impression of a sauna at traffic lights. Problems with water was actually one of my reasons for getting an EV, followed by problems with batteries. I've fixed the batteries problem but the pesky water continues to cause issues.

At least the MX-5 is water tight and lives in a dry garage.

A few pictures I wanted to post before new year in this thread and the Discovery thread. I got some new seat covers in the Black Friday sales and they finally arrived just before Christmas (long story), so I fitted them to the Freelander last week. After cleaning the fabric I didn't want to get it dirty with muddy boot bags and such. 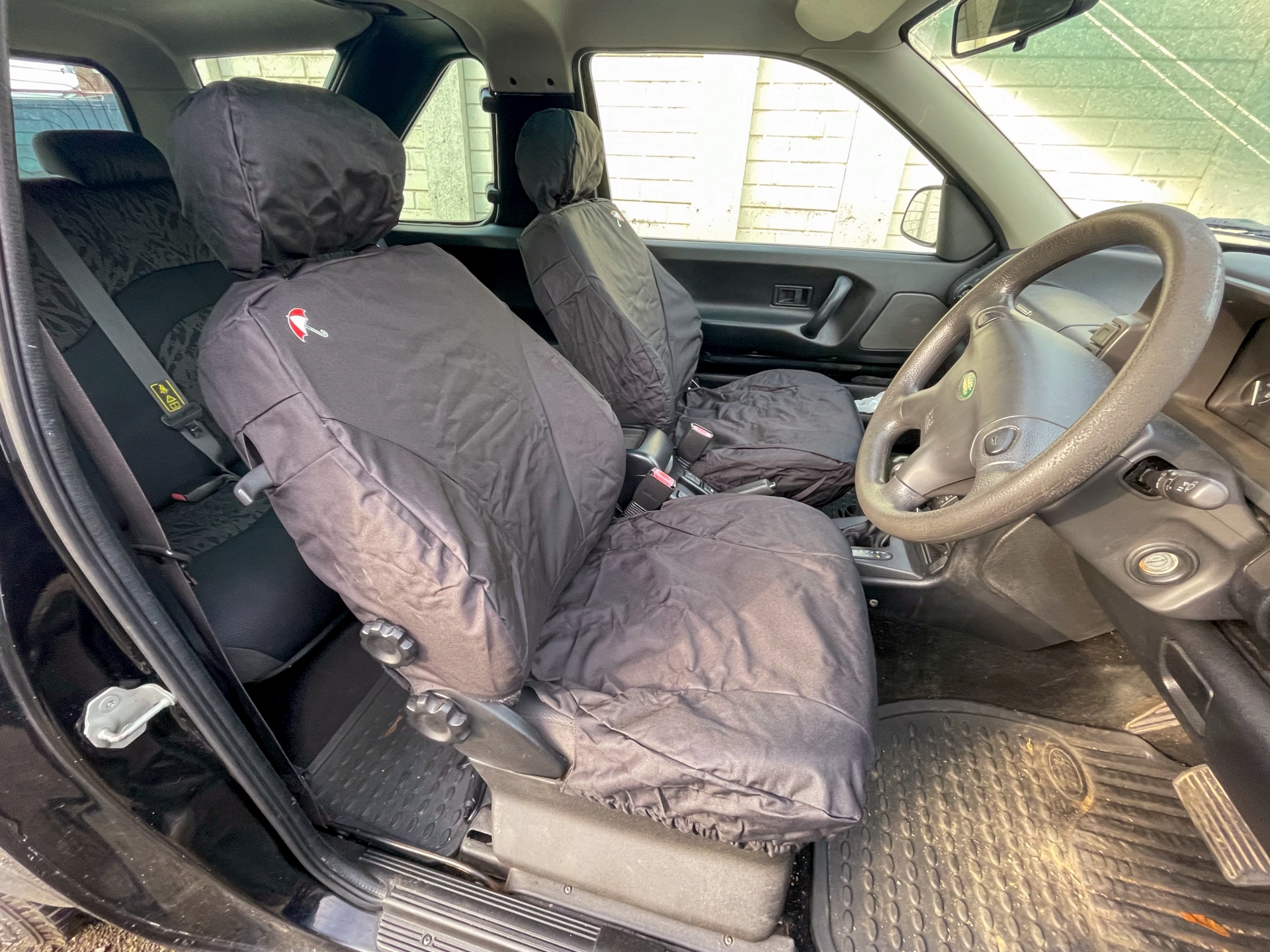 They were a bastard to fit, really quite tight. They'll do the job well though.

The last time I drove the Freelander I had a gearbox fault come up, so I'll unplug the multiplug connector and give it a spray of contact cleaner at some point.