Show us your Lego!

This cannot be real can it?

I got the BWE a week before release, built it over the last couple of nights.....I like this thing.

Lets get the bad out of the way first:

The motor is straining all the time, I expected this, movements are very slow, but they are there, it's not like the real thing is an F1 car either, it all works, but barely, this really is the limit for a single technic motor.

Intresting build, only repetitive in the base and tracks, no more after that, every quite big bit you add sees this thing leaping up, good amount of gears and axles, 2 gearboxes, it just all feels like a proper technic set, lots of funtions getting bult at the same time, just complex enough to be engaging and be able to unwind building it.

It's big, if you think you have an idea about how big this thing is, I assure you it's bigger, or I should say longer, I had a spot picket out for it for months, and it does not fit.

It looks good, I mean it's an ugly machine obviously, but there are lots of realistic details, the colourscheme somehow works eventhough it should not, as a display piece it looks good and it will awe people.

The sheer number of parts in this thing is impressive, and at the pricepoint, it's as big a bargain Lego ever gets, just comes to show all the licencing really ads to the price for other sets.....

The mining truck is a nice touch, fun little build, reminds me of the Lego sets from my childhood, they tended to be one big building with one or a few vehicles to go with it, and you always got to make that first, not the 17 mini builds in reverse order of size in numbered bags crap like they tend to be now.

Guys, If you have any affinity with heavy engineering, get this thing.
Last edited: Jul 28, 2016

Porsche 911 GT3 RS back in stock on shop.lego.com. I'm ordering mine now. 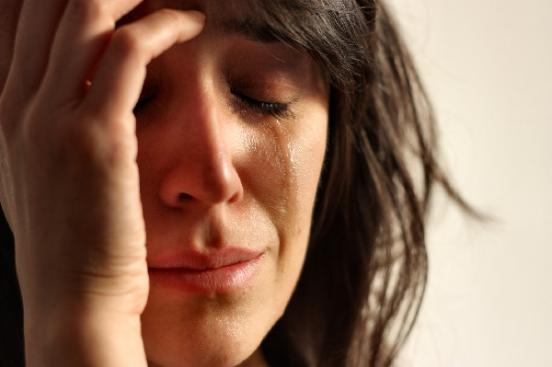 I finally got my GT3 RS this morning. It was supposed to arrive Friday, but because Fedex is incompetent in my area, it went to the wrong house, then they picked it back up and tried to deliver it, then tried again Saturday and didn't use the code I gave them, then wouldn't deliver on Sunday or Monday, then arrived with a badly damaged outer box. But yay, I finally got it.

Shentar said:
I finally got my GT3 RS this morning. It was supposed to arrive Friday, but because Fedex is incompetent in my area, it went to the wrong house, then they picked it back up and tried to deliver it, then tried again Saturday and didn't use the code I gave them, then wouldn't deliver on Sunday or Monday, then arrived with a badly damaged outer box. But yay, I finally got it.
Click to expand...

Continuing with the theme of GT3 RS + Fedex incompetence, just went to go check the tracking number on mine only to find this "Unfortunately we are unable to retrieve your tracking results at this time. Please try again later."

Not to double post, but some better news with Legos and shipping. First off all don't be surprized it comes in a really tiny box for the pricepoint, this is a good thing.

The built is nothing special, but fun and never boring, pretty much goes together the way you expect it to, apart from the back of it, the part that houses the engine and counterweight on the real thing, and the pneumatic bits in this, that bit does not get any structural strengt until at the very end, and it's the exterior body panels forming a sort of exo skeleton holding it all together, very cool, and a technique for lego to remember.

Tiny but full box, I dunno why but this feels nice.
Lot's of functions for the size, the obvious pneumatics, but also manual outriggers and front shovel, + an elevating cab, everything works well enough.
Fun, short, comprehensive build, if you want to launch someone into Technic, this is the set to do it with.
It looks good, (apart form see below) lots of details, I love how lego seems to be doing something with wheelhubs on the rims of their vehicles these days, this has black ones, the Claas has something else, and the mining truck with the BWE has a simple yellow 'hub' this makes all the difference in appearance. In the past the same boring wheels kept coming back on to many models, this mixes it up a bit, while still using the standard wheel series.

It has orange bits....now the real thing has handrails and such painted a bright orange, this is to make them more visible for safety, Lego tried to emulate this, but lego parts are just to big to work as handrails at this scale, and beeing a different colour, this makes them stand out to much. If they had just been yellow or black like the rest of the model, this would not have been a problem.
Last edited: Aug 4, 2016

Really fun so far. Finished the rear diff, motor, steering rack, suspension and wheel hubs and most of the floor. Really clever how they made the CV joints on the front axle.

Finished last night. Too many stickers. I hate stickers. The wheel stickers were the absolute worst. Other than that, great build!

Also my GT3 RS showed up at my door yesterday! The outer box had some crushed in corners, but they used a massively oversized box with a lot of air pillows. The inner box was fine, and the Lego box inside of that was in mint condition.
Last edited: Aug 4, 2016

lol - but please think about the environment before printing this email!

Got the Lego 911 GT3, excellent build. You can see why it's worth how much it is, it's massive, bigger than the Unimog. 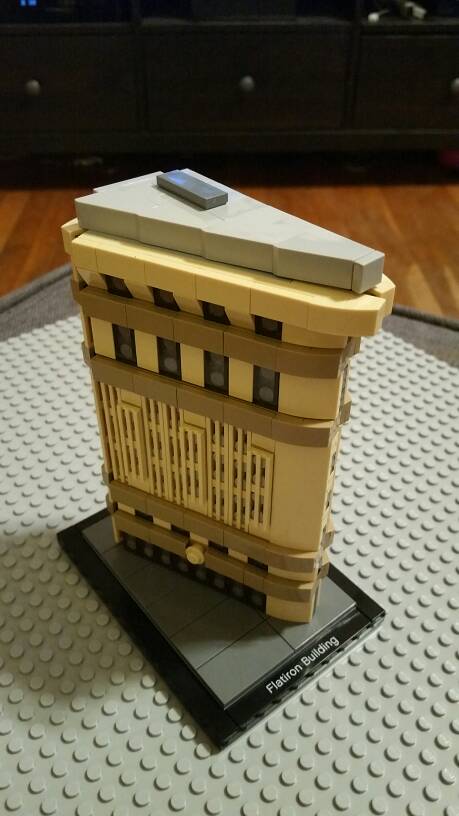 Bought this for myself today while at a Legoland in Kansas City. I really like this series, I might pick up more from time to time.

I decided on this over the VW T1, mostly because I'm a tight ass and didn't want to spend the money on the VW.

Loz said:
Got the Lego 911 GT3, excellent build. You can see why it's worth how much it is, it's massive, bigger than the Unimog.
Click to expand...

How did you build the PDK? The way they suggested in the instructions? Or the alternative method?

LEGO have released an update through the LEGO Ambassador Network about the discrepancy with the gears not being sequential, as raised by sites like Brickset
"It is correct that the gears in this model are not sequential as in the real Porsche PDK. This is however, a deliberate decision taken to ensure that we make the best possible LEGO version of this amazing car that both meets our design requirements and gives everyone a great building and product experience.
It was a considered decision taken during development that the gears running in the correct order meant that it did not result in a great experience when driving the car. Too many gears are engaged at the same time and smooth running with all those tolerances is just not possible.
If you switch the build in steps 267 and 269 the gears will run sequentially, and everyone who feels that this is the better solution should feel encouraged to do so.
LEGO Technic really is the ultimate open source design product and now that it is finally available, we look forward to seeing all the 'improved' models our fans create. After all, that is what LEGO building is all about.
We hope everyone will have a great building experience and feel a strong sense of pride from creating both our version and their very own LEGO Technic representation of a Porsche GT3 RS.
We are very fortunate to have such skilled and dedicated fans that can spot this small deviation from reality and would like to thank everyone for sharing their ideas and expert knowledge."
Click to expand...

I'm sure we all would love a place to build like this room where one of the master builders works.

Bought this for myself today while at a Legoland in Kansas City. I really like this series, I might pick up more from time to time.

I decided on this over the VW T1, mostly because I'm a tight ass and didn't want to spend the money on the VW.
Click to expand...

The VW T1 is a great set, if you get the chance later on. Lots of fun little details. My favorite of the Creator expert cars is the Mini though since I think it's the one they nailed the best in terms of shape and proportions. 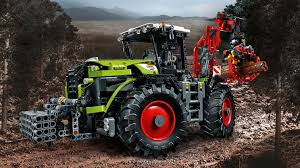 I like it, fun build, never dull, not to many cosmetic panels or stickers, but looks awesome, the switching steering mechanism works great, 2wheel, 4wheel or crabsteering, to quote a reviewer on brickset, I have no idea how it works and I built the damn thing, but it does, rotating cab looks good to, and the lime green is an awesome colour, the crane is not as bad as you would think.

Maximum steering angle, it has been an issue with every single wheeled technic vehicle in the last 10 years, it is never enough, the turning radius is always way to big, and so it is in this.
Now in your average technic set steering is just one of those functions everyone expects, so 'it has some', but in a model like this, were such a big part of the model is about the tractors complicated steering systhem, tractors in general being a kind of vehicle that needs tight steering more then anything else? You would think they would adress the maximum angle thing? Nope, still treated like a redheaded step-child....

The crane, now, as a technic crane that was clearly thrown in for 'playability' for kids it's not as bad as it could have been, but for an afol, well it's just technic crane number 925413344.....hardly exiting, and I know cranes like that exist for tractors like this, used in forestry, but it's a TRACTOR, people associate tractors with farming, can't we just have a nice big movable plow? Or a folding sower or rake or something? I know I know....'playability'

CrzRsn said:
How did you build the PDK? The way they suggested in the instructions? Or the alternative method?
Click to expand...

I'm through with the drivetrain. I built mine with the gears sequentially. I am going to get an electric motor so I can see whats up with the transmission stalling, or if it will at all. I've also read that if you swap another couple of pieces around, it will fix the problem of multiple gears being engaged at the same time. I started to do that, but then I found that if I pulled the shifter farther back, that alone fixed the problem.
You must log in or register to reply here.
Share:
Facebook Twitter Reddit WhatsApp Email Link
Top