Ownership Verified: So I went to go buy a commuter box...

The annoying blue glow is now gone from my dashboard. While the lighting on the stereo was dimmable, it wasn't enough to get the clashing blue out of the corner of my eye while driving the car. Rather annoying on long night drives - so the JVC KD-R860BT had to go. I found a screaming deal on a factory refurbished KD-R960BTS, which was basically the next model up but with selectable color illumination. That would be just a direct plug and play swap with no rewiring required. It turned out to be a direct drop ship from JVC; they were out of the R960BTS, so as a free upgrade they shipped me the newer and arguably better KD-R985BTS which also includes selectable/customizable illumination colors. Unfortunately that unit requires a different wiring harness so I ended up having to do a bit of rewiring.

It seriously just takes a couple minutes to strip the center stack down to this. Note the factory foam sheathing on everything. 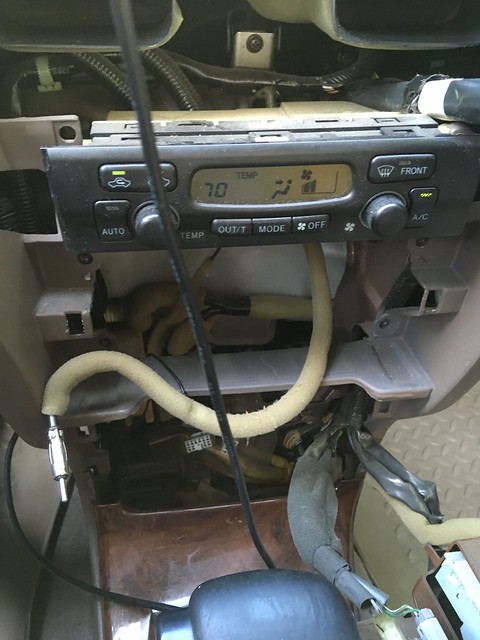 Old unit stacked on top of new unit, which is installed in the bracket system ready to install in truck. 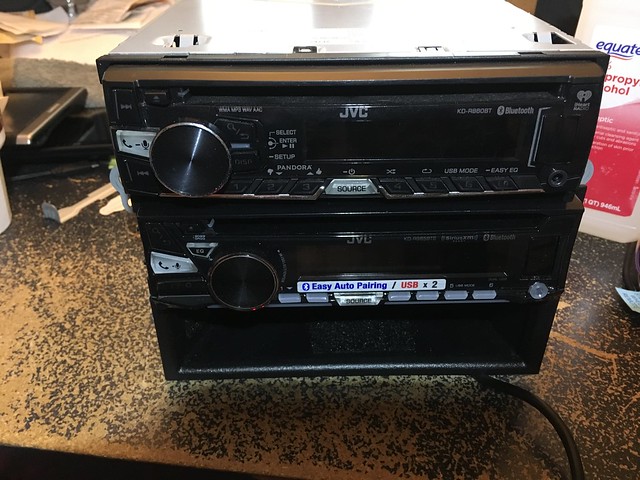 To keep with the factory's foam wrapping of wires and hard connectors so they can't rattle, I covered the crimped connections with some foam pipe insulation. It's actually even quieter than the unwrapped previous install. 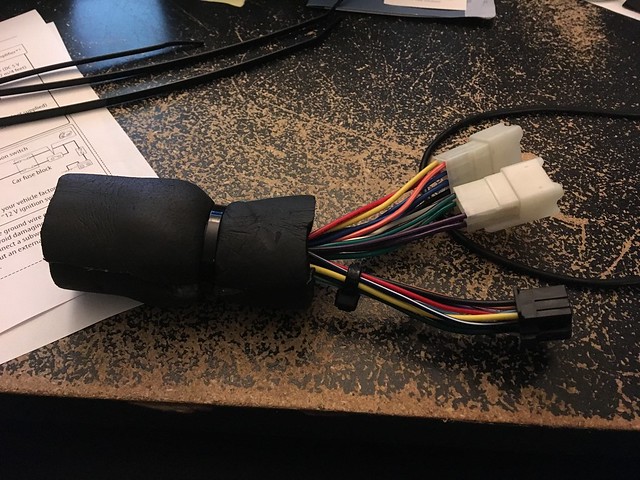 And installed - yes, some of the climate control lights are burned out; I have another unit being shipped to a rebuilder as this climate control system can have the buttons die requiring board level repair. There is a guy on the 4Runner forums that does board level repair, including multiple component repairs and upgrades as part of the upgrade package; also having the bulbs in that unit pre-emptively replaced with LEDs.

The configured green on the headunit does match the dash lighting fairly well, though. 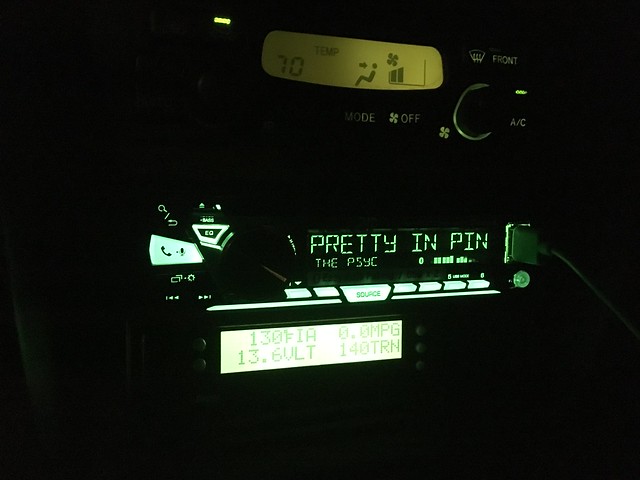 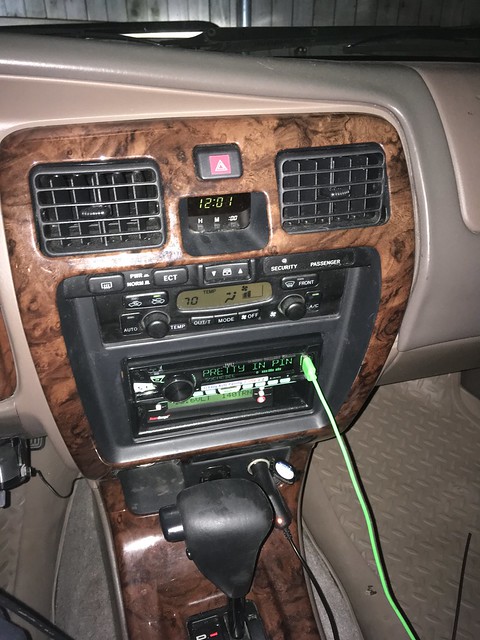 In addition to configurable light dimming and color selection (and turning the laser light show off), you can set this thing up to have conditional or contextual lighting schemes. Currently I have it set to change the text display from green at night to white in daytime mode with separately configured dimming levels for each mode. 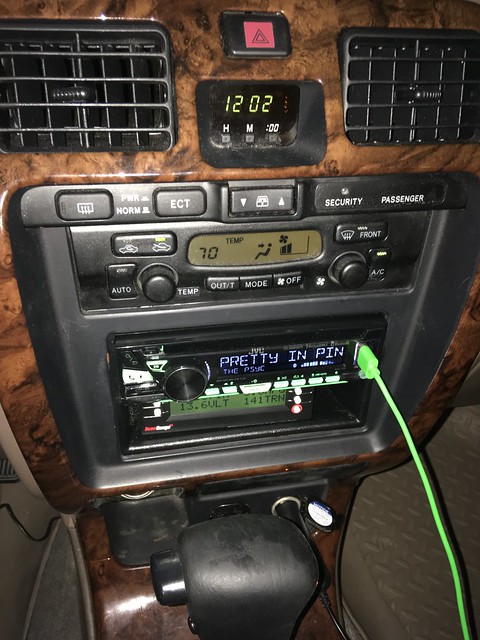 Since I had the center stack out, I cleaned up the ScanGauge install and hid the cable - so that's one less exposed cable in the cockpit.

The last of the dangly bits (power cables for the radar detector, GPS, camera, etc.) in the interior have been evicted from the truck as of shortly after the last post. 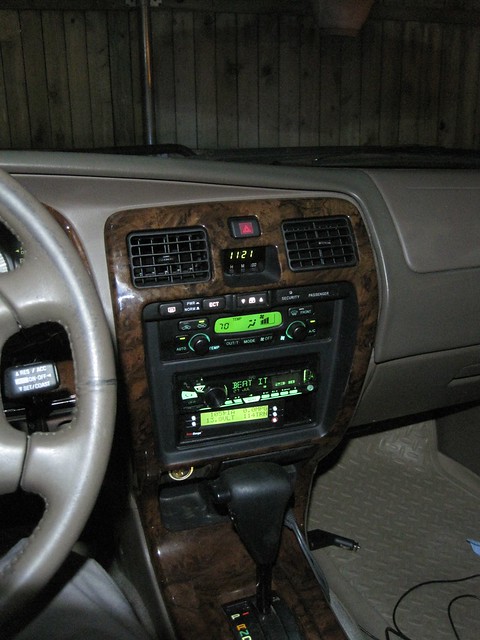 As it was rather hot and I actually had other paying work to do, I farmed out the install of the hardwire kits and such to a local technician who has done work for me before as well as doing a number of other DFW FG member cars. It came out well except the power buck (12V to 5V USB adapter) for the GPS and dashcam I had provided was quite DOA. In the interim and until the buck is replaced under warranty, I temporarily routed the cables out around the console to a Griffin 'high amp" 12V power point to USB adapter. 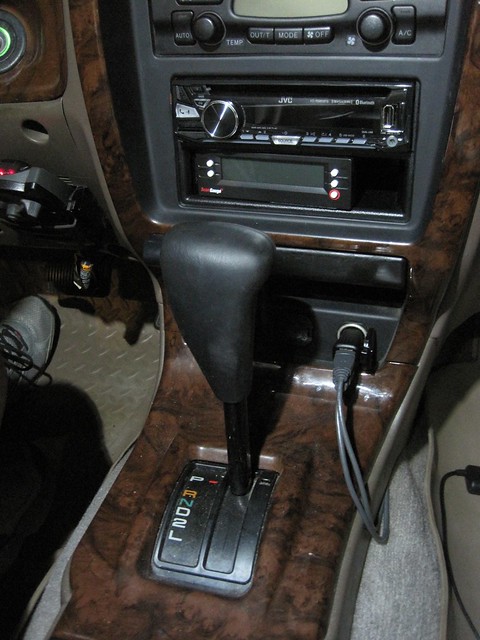 The rebuilt climate control head unit arrived at the end of last week. 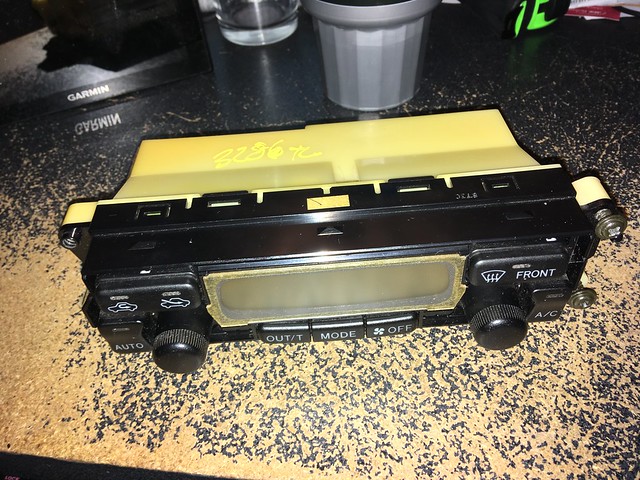 It turned out that after the rebuild process the head unit was missing a foam pad used to keep a nearby wiring harness from rattling or chafing against the plastic housing. Fortunately, I had some foam padded tape used to resolve squeaks and rattles in current Acuras; it is a bit denser and supposedly more durable so I expect it would do the job even better. A few minutes later and the lack of foam was resolved. 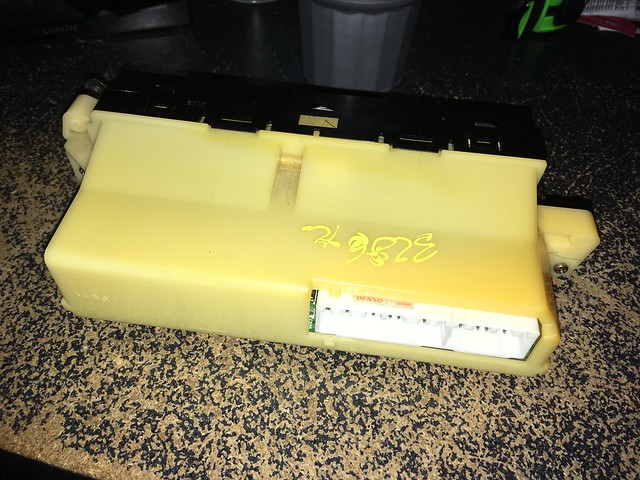 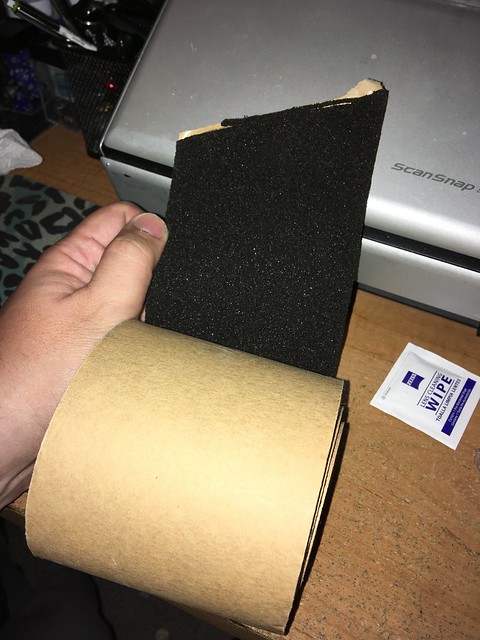 Original one on left, rebuild on right. 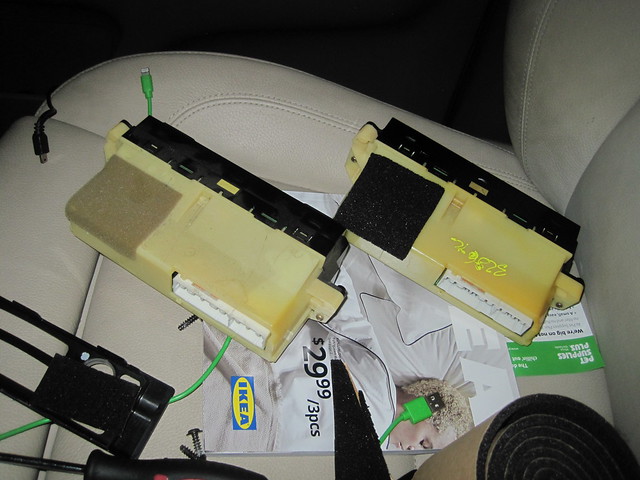 After fixing that little issue, in it went. Since I already had the panel off, I replaced the bulbs in the control buttons above the climate control panel. Instead of incandescents I went with LED bulbs but those turned out to be quite a bit brighter than expected and I unintentionally ordered white instead of green. Whoops. 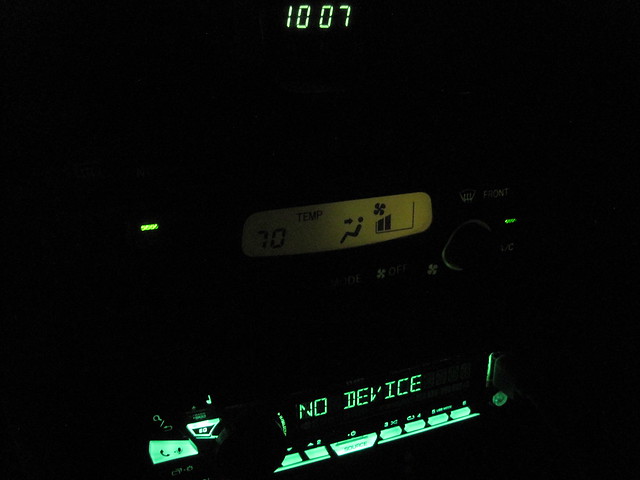 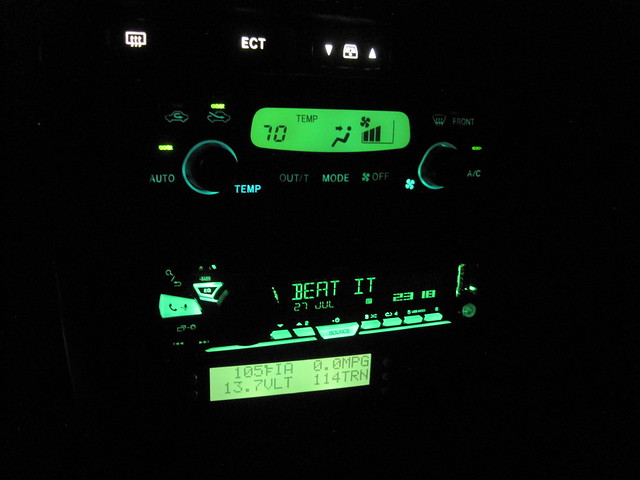 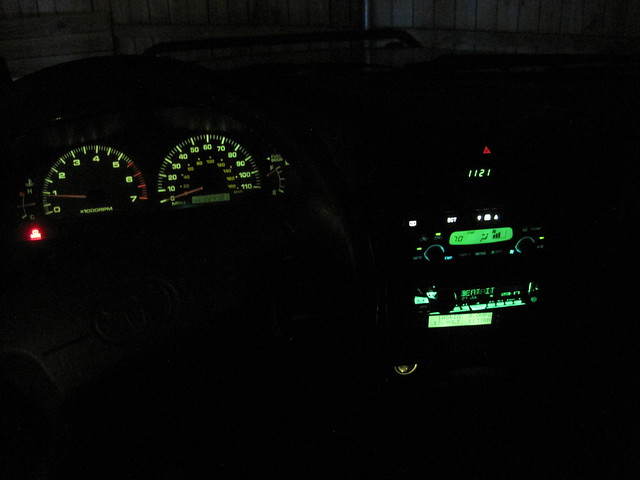 Still, nice to get all the lighting working again and regaining a fully functional climate control head unit as the original one was starting to get wonky buttons and the knobs only worked when they wanted to - it will probably be sent in for repair as well so I can have a spare. Repair and LED upgrade is $70, compared to $540 for a new one from Toyota.

Earlier this month, one of these showed up. 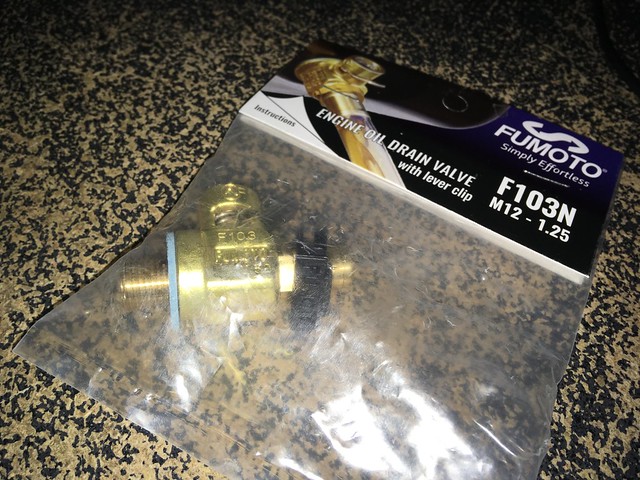 These are useful for making oil changes faster, allowing oil samples to be drawn for Used Oil Analysis and for making sure some idiot (including me!) doesn't accidentally strip out the oil pan - after all, this truck isn't exactly new and it's got more than a few miles on it. This has become a de rigeur upgrade for my vehicles of late after seeing a rash of incidents with other people's cars (thankfully none my fault.)

Of course, I had to wait for the next oil change to install it; I borrowed Der Stig's driveway with his gracious permission and did the oil change at his place. The 4Runner is nice for a 2WD truck in that it's basically at the same height as the 4WD version so you can do oil changes without having to lift the truck. Too many 2WD trucks and SUVs aren't. 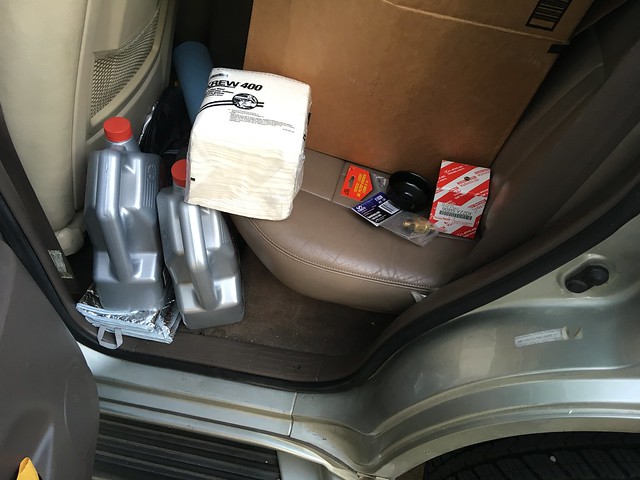 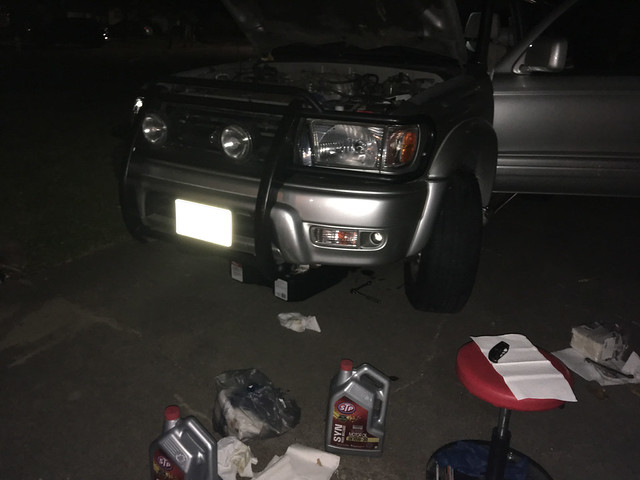 After the disaster that was the Bronco, it's a bit amazing to see how well these upgrades are going. 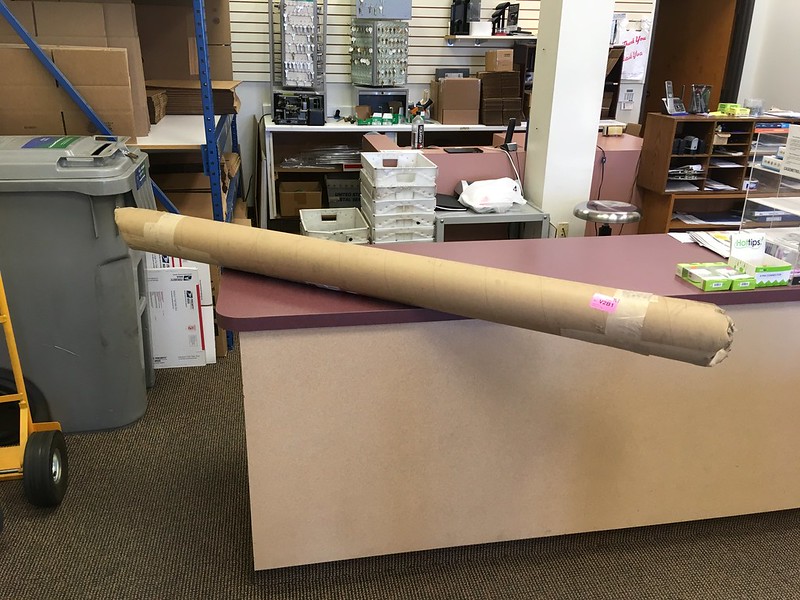 More seriously, a couple months after I had the driveshaft U-joints replaced, I started getting a clear driveshaft vibe/noise at highway speed. Vibes and "WHUMWHUMWHUMWHUMWHUMWHUMWHUMWHUM." I was hoping that wouldn't happen but I can't say I was surprised; the 3rd gen 4Runners, when bought as a 2WD, use an unusually designed driveshaft that has a nasty little gotcha when it gets older; the stock driveshaft looks like it is a one piece design with a drive flange on one end and a slip yoke on the other. Unfortunately, that's not quite true. There's an outer/forward and inner/rear tube, nested inside each other with a rubber coupler between the two. When the coupler gets old, you get significant play at speed and therefore vibrations. Pics borrowed from 4R forums: 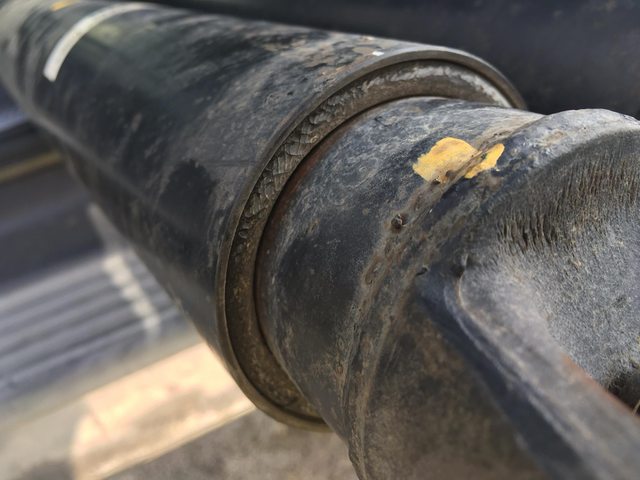 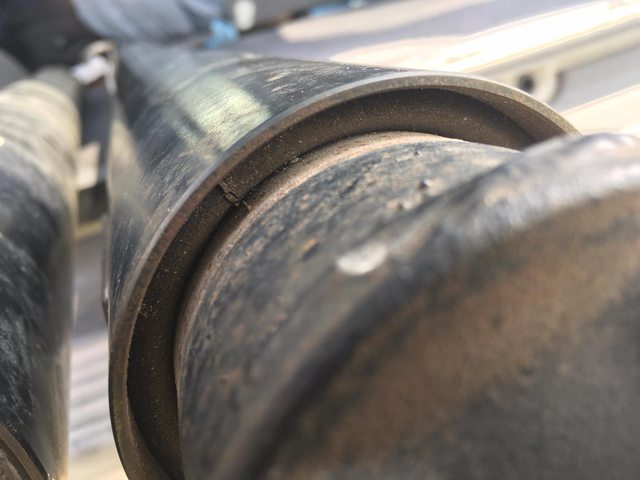 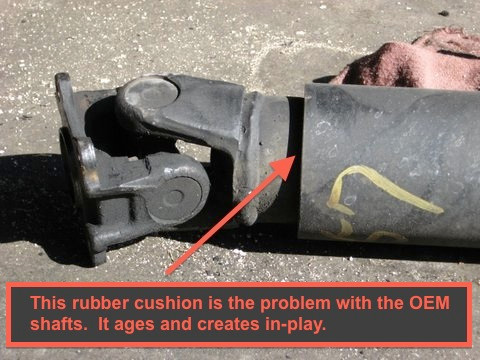 The rubber coupler does reduce NVH caused by or transmitted through the driveshaft, but it causes problems when it gets older. A conventional actual one-piece shaft is a more durable if slightly noisier/more vibration prone option. There are a number of companies offering one-piece shafts as a replacements, so I chose one recommended by others on the 4R forums and ordered their product.

Der Stig loaned me his facilities again, which I was grateful for (there's construction going on around my place and I can't work on anything significant there.) Once I opened the end of the tube, I found I had ordered a tinned driveshaft. 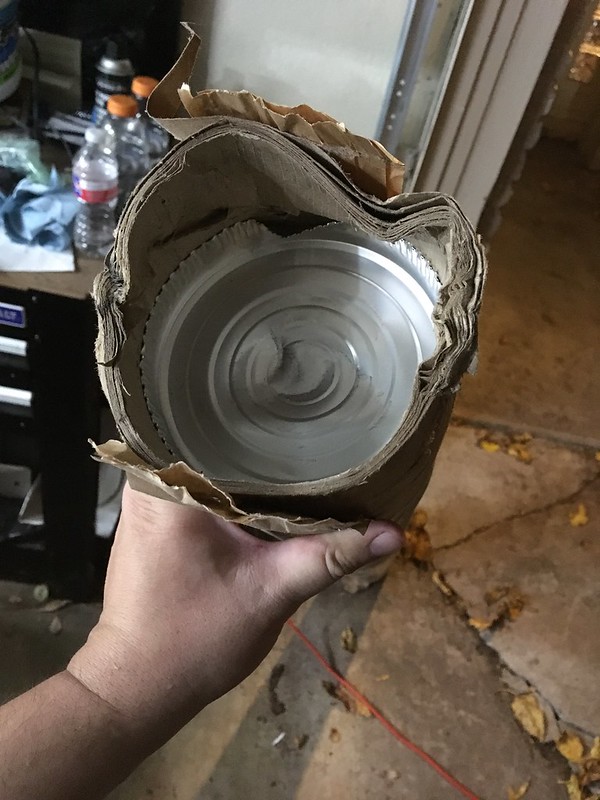 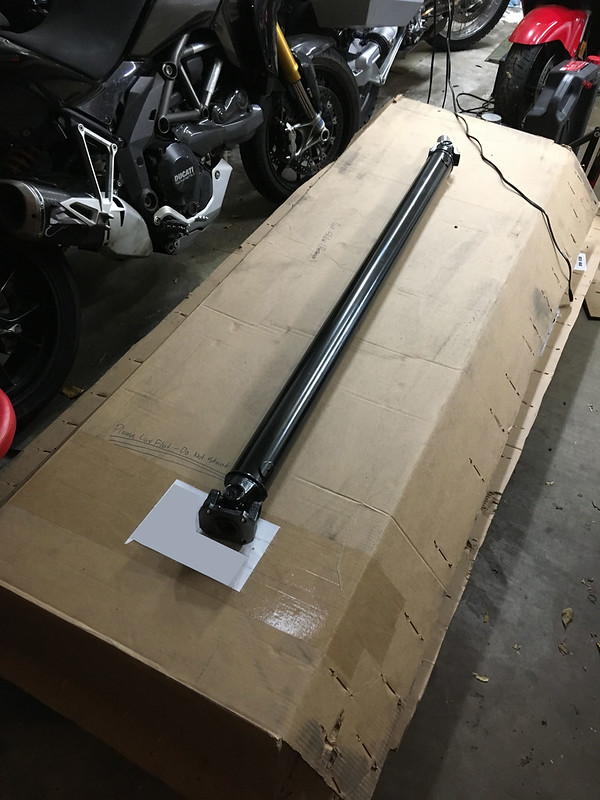 Slip yoke doesn't have the splash shield of the original, but that wasn't strictly required anyway. 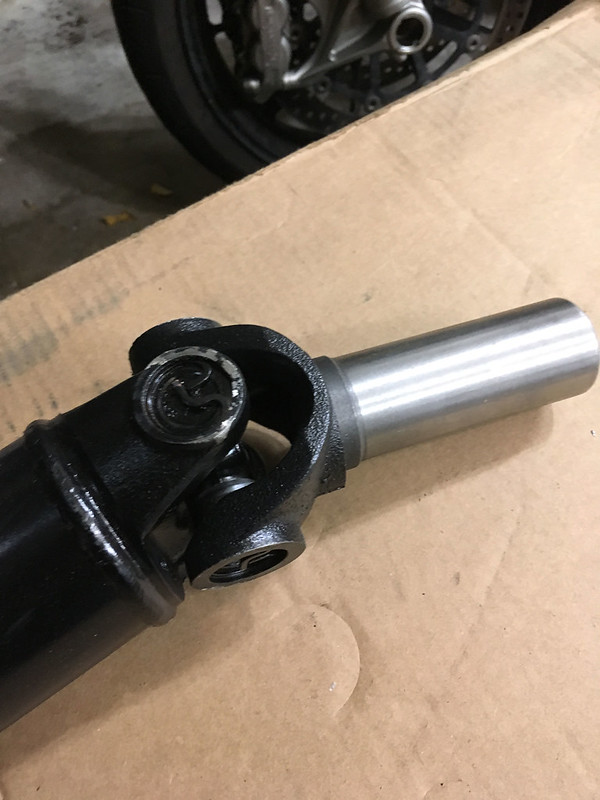 Drive flange was differently shaped but it mated up fine. 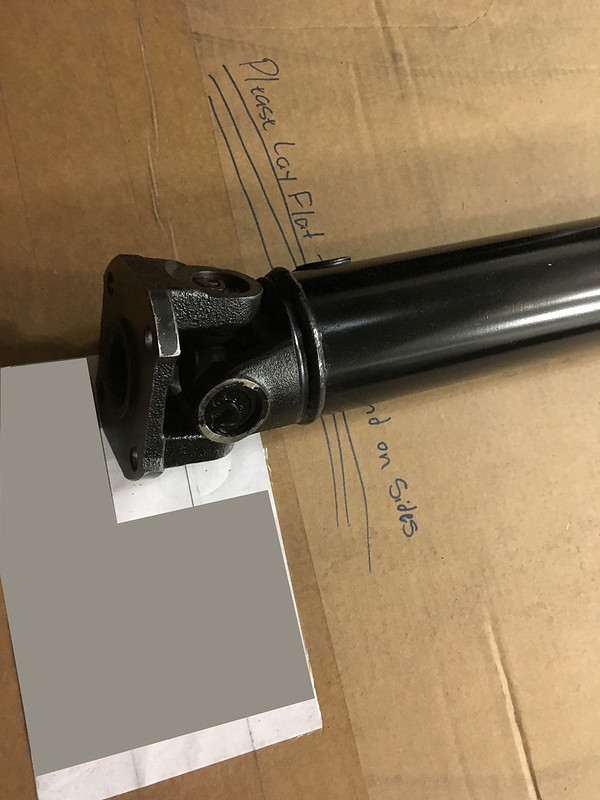 It's pretty easy to change the driveshaft on the 2WD 4Runner, as this guy's YouTube video will show.


Solved the problem quite nicely. There's a tiny little bit more vibration at higher speeds than before the problem started, but it's only noticeable if you're looking for it. And, unlike the stock one, this driveshaft has U-joints you can service without a hydraulic press.
Last edited: Sep 13, 2019 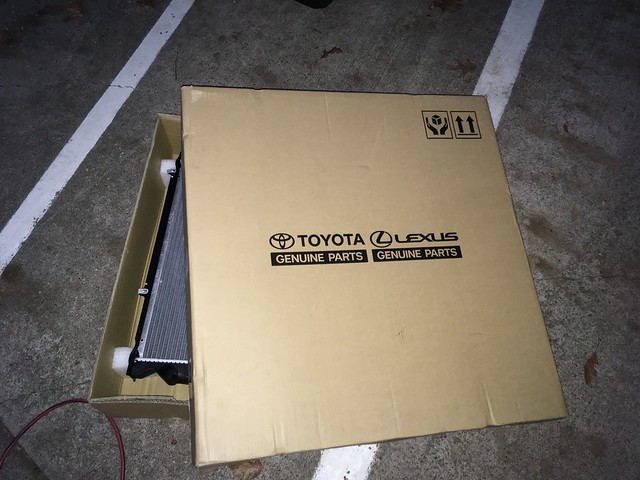 Intercooler for the upcoming turbo?

Sadly, I think it's just a radiator...

CraigB said:
Sadly, I think it's just a radiator...
Click to expand...