The Viper based SLS looks good.

nsx_23 said:
No, that was just a fancy computer render.


Indeed, but BMW hasn't been making the right choices lately.

It's different from, let's say, a lambo, which is styled boldly, edgy, and attention-grabbing.

In terms of styling, supercars are either for the people who just love a crazy, futuristic, attention-grabbing car or the people who care more about the performance and not so much the styling. (this is not to say that bonkers cars like the zonda are all looks and no performance, though)

Now I'm not sure what the F1 was like back in the 90's (since I was still young and cared nothing for cars), but it wasn't too dramatically styled for the time, was it? If so, I think the mclaren guys wanted the 12C to retain the same "subtle speed", as I would call it.

I look at the F1 now and I think, dam that's sleek and sexy but subtle enough to not grab too much attention.


With the release of the SLS, I was really hoping BMW would step up and answer back with something. Guess not....
Last edited: Jun 12, 2011

I kind of see where the OP is coming from, though I don't think the McLaren is the worst offender at borrowing design elements from other supercars--the new Lotuses are.

I love the current Elise/Exige design. Those cars are instantly recognizable as Lotuses because nobody else makes anything like 'em. The ones set to replace the current models...aren't so recognizable. They're okay looking in that "yeah, it's a supercar and thus, mildly attractive" way, but...they're just nowhere near as unique and cool as the outgoing models.

At least the McLaren's got those bonkers gills on the side. I'm kind of digging those, though I am lamenting the lack of a mid-drive position. C'mon, I remember the F1 as ZOMG THE FASTEST CAR EVAR! from when I was little--give me a throwback here!
Last edited: Jun 12, 2011

ninjacoco said:
C'mon, I remember the F1 as ZOMG THE FASTEST CAR EVAR! from when I was little--give me a throwback here!
Click to expand...

They should make a successor with 800HP and sub 1000kilos awww yeahhhhh.

Race car and road car design diverged because of differing requirements. In order to make all those aerodynamics work properly the car needs to be incredibly stiff and low. That kind of design doesn't work on the street.

Imagine putting 5,000 pounds of downforce (at 200 MPH) on a Ferrari 458. Think the suspension would cope? How stiff do you think the springs would have to be?

Supercars would be about as popular as road-going Radicals. In other words, next to none.
Last edited: Jun 12, 2011
Ex rotard

Just to add, how can you compare a prototype Lemans or other race series car to something aimed at a human being? That's even more ridiculous to me.
#WakeUpSchumi

If only it were street legal... phoenixsac said:
Ariel and Caterham are hardly major manufacturers, with a board of directors and shareholders to answer to.

And again, they skirt US regulations by selling the engine and the car separately. I'm not sure more than a handful of customers would be willing to spend the time and money to have to buy an engine and install it in their million dollar supercar.

But making a Prototype car for the road has been done before. Witness Willy Koenig and the Koenig C62 - basically a road-going version of the Porsche 962.
http://pic.armedcats.net/p/ph/phoenixsac/2011/06/11/koenig126135db.jpg
Produced in 1991, it was the McLaren F1/Bugatti Veyron of its day with a top speed of 237 mph. 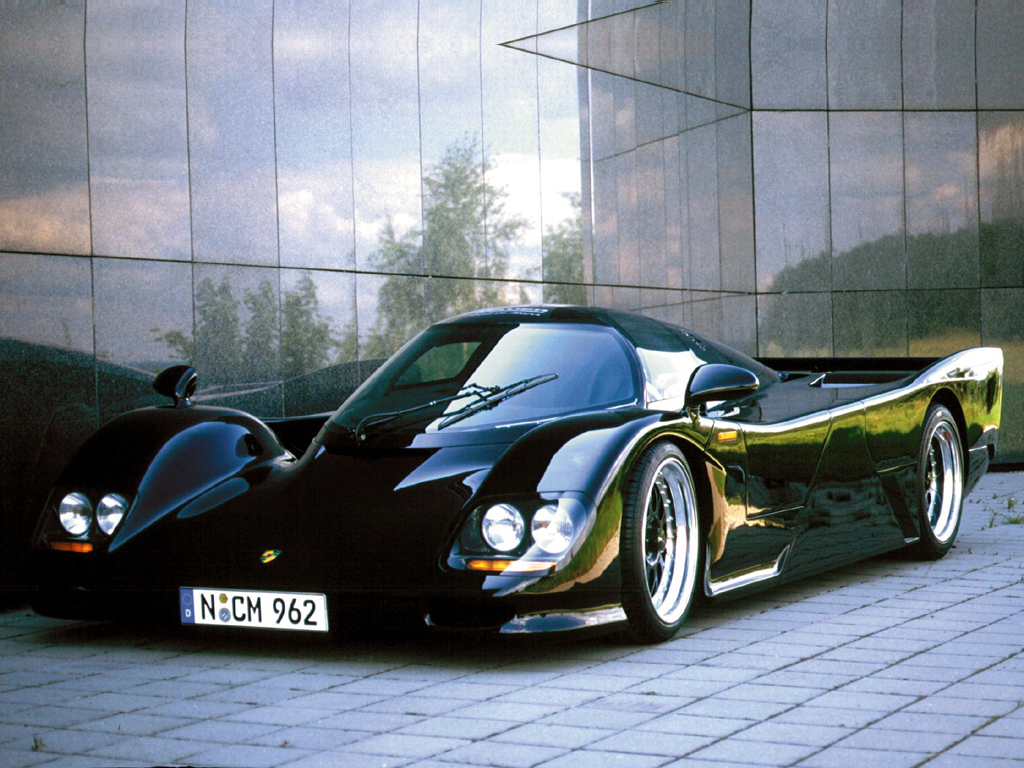 I had a model of this when I was a kid, had no idea what it was but knew I LOVED it.

The main reason why every modern car looks like it does is the stupid pedestrian protection regulation. It took popup headlights away from us, and now it makes sure every car is dull. If a pedestrian gets run over by a supercar he is either deaf and/or on the road, where a pedestrian has no business being when a car comes. *rant*
Max (1986 E32 735i):

So. The answer is to first stop by the political section, pick our targets, then head on over to the gun thread to select our arsenal, then sort through the awesome aircraft thread to find a ride and then return to this thread after a year or two to see all the new awesome Lambos and such? I like it.

Tricky one this. Remember years ago on TG James May was talking about copyrighting cheese because of what Lotus wanted to do regarding the profile of the Esprit? At the end of the day form follows function when it comes to supercars to a great extent and one is ploughing millions into the development of something costing well into the 6 figures to sell in volume one does not want it looking like your granny's arse.

Lower volume makers such as Gumpert, Koenigsegg and Pagani can afford to be more outlandish because they are targetting different markets, smaller, more niche or more focussed. If McLaren want to nick sales from Ferrari and Lamborghini then they need to make something that is close enough for their target buyers to want to buy. The F1 was radical and exclusive in its day to be more like Koenigsegg et al. The MP4-12C has to achieve something totally different and I'm guessing as much as anything else that is why it looks like it does.
WillDAQ: To use the technical terms: "the Mustang is to aerodynamics what horse shit is to fine dining"

As great as Le Mans prototypes look on a racetrack, I'm not sure how well their design would translate to the road. Plus, I like the MP4-12C. Yes it plain, but so was the F1 and now it is a timeless classic that has withstood the test of time. The F1 was anything but plain. It may have been restrained for the time, but compared to the Ferrari Testarossas, Lamborghini Countachs and Diablos and other creatures that came out of the late 80's it was extremely forward looking.