Take us for a drive in your country

You're welcome
"If Liberty means anything at all, it means the right to tell people what they do not want to hear" (George Orwell)

Put the Gopro just under the front bar for some cool footage.

See the quality of those Aussie roads.

Land Rover: Because they don't fit machine guns to a Prado​

Veritable said:
Here's the result, as I just had to test it out in yet another mountain drive about an hour out of town. Once again, no stereo so just "engine music"


Hey! You're from vancouver too? Small world...you should do a video of the sea to sky highway. I was just up there since they expanded it to two lanes and it's just sooooo much fun to drive.

I'll give it a go...a trip to the mall seems to be in order.
"The way I see it a car enthusiast is somebody who is enthusiastic and interested about the motor car in all its various shapes and forms from supercars to East German 2-strokes made of cardboard. Everyone else is merely a car elitist IMO." ~ Captain 70's

Alright, as I already posted in the "New Toys" thread, I bought this a couple of days ago: 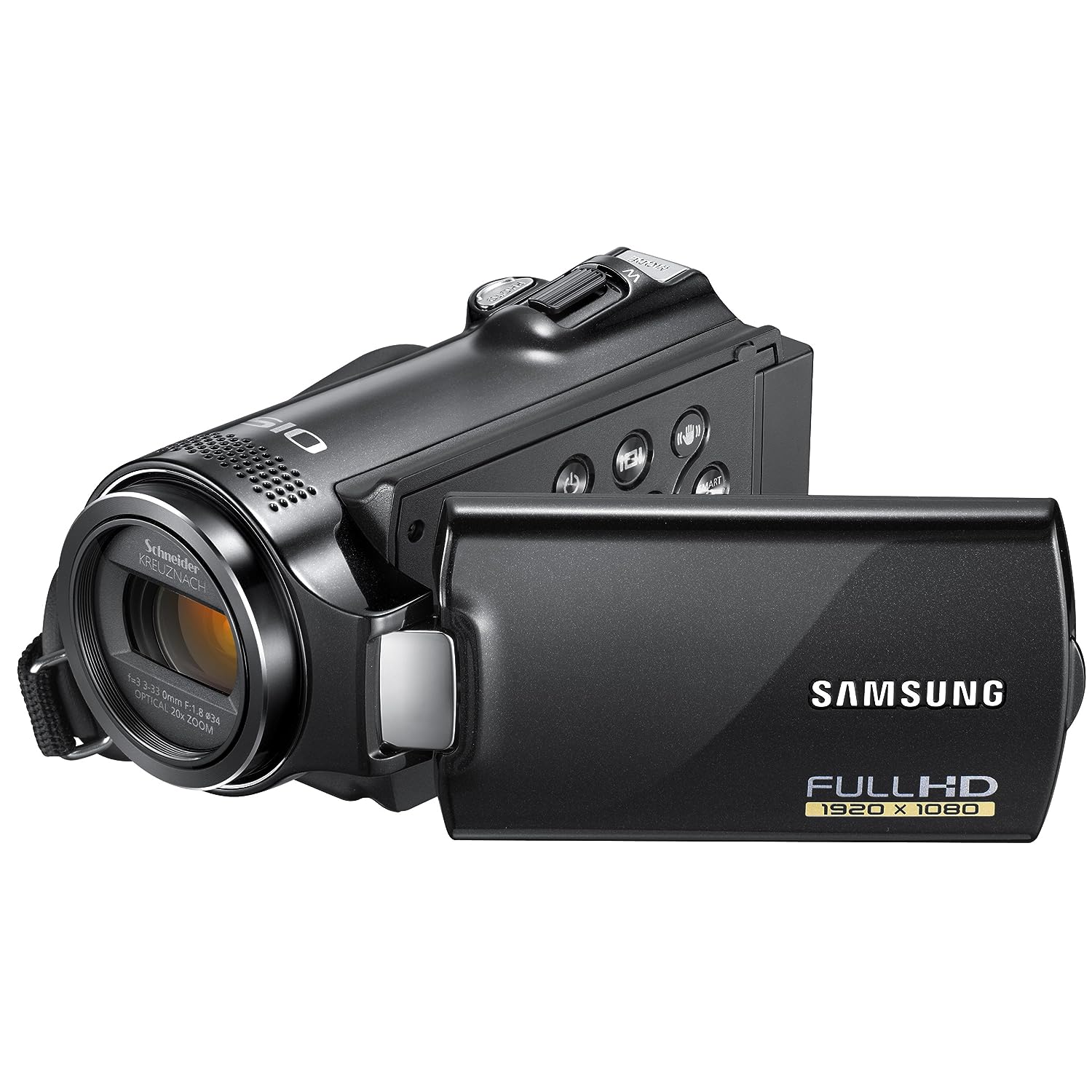 And I made a first test video in my lunch break on Thursday. The fact that I've loaded it up just now is thanks to the fact, that I had to figure out re-encoding and keeping the quality throughout the process first - which is not as easy, as I thought. The camera records in MP4 format but my (not entirely up-to-date) editing software cannot handle that right. So I had to re-convert into DIVX first, which produced the problem, that somehow the audio track got lost. No idea why.

I ended up with mixing together two video streams -- one with the original sound but crappy picture and one with no sound but 16:9 HD picture -- and faded the bad one out.

Then I wanted to export the whole project and found out, that WMV format isn't good enough, no matter how high you set the quality of the re-encoding. Quality of the result really sucked (contours shaking, stair effect on white lines on the road, the lot).

So I ended up converting the whole thing into a Quicktime movie, which I then uploaded to Vimeo. And here you are, my first HD video test:


First half the sun is behind me and on the way back I drive right into the sun. I squeezed the camera between backrest and headrest of the passenger seat, which is definitely too low and the autofocus became confused a bit by that at times. Also it's a very shaky place and the camera cannot compensate for all the vibration. Have to find another mounting solution, will probably use my tripod and fix it with strings. There is a potential carbage moment at 4:25...

I'm quite fascinated by the quality in daylight so far and am looking forward to making some more vids this weekend. I like the fact, that I can now record for 2 hours straight (That's about how long the battery holds) without the camera atomatically shutting down after 10 minutes. That enables me to make videos of longer trips and cutting them to pieces much easier, than before.

I hope you won't be bothered to see again some of the things you already know -- but now in HD
Last edited: Mar 26, 2011
"If Liberty means anything at all, it means the right to tell people what they do not want to hear" (George Orwell)

Resulting in this view:

Enjoy the flight until about halfway trough the video, after that you can enjoy the scenery together with a generic Volvo driver at a relaxing 40 km/h.
Or you can just end the video there, because I didn't overtook him but used him as a rolling chill out pill instead. :lol:

Why is it always Volvos? I see a pattern here

I did that once with a huge camcorder, but I mounted it behind the front wheel, so you could see it turn and rotate, was a cute effect.

Here's something I took today with my dad's craptacular Nikon longzoom:


And part 2, going back on the highway:

About 25 km of B- and C-roads, clipping the outskirts of Hamburg.


The camera is squeezed in between the backrest and the headrest of the passenger seat, the rattling noises don't come from the car but from the makeshift mounting. Unfortunately the summer tires which I installed on Sunday are very loud (and old) so they drown the engine sound, but I have a set of almost new tires on the way.

At least I'm not the only one who's suffering from an over-sensitive microphone, that's catching my breathing

I'm still fighting with my new HD camera, finding out about its quirks and peculiarities. Rather annoying for example is the auto focus function. Since recording videos in a moving car constantly changes the distance of things, it also is constantly re-adjusting. Not good. But thankfully it has a manual setting, where you push your finger to a spot on the display. It focuses on that spot and keeps the setting. When you choose a spot far away, it makes everything crisp (also the closer things) and that's what I'm doing now.

The camera definitely needs a much more sophisticated setup, which is why I came up with this construction for the time I am testing it: Anyway, here is an uncut video with original sound and the above-mentioned focus setting from yesterday, when I drove home from work shortly before sunset, which gave the whole thing a nice lighting. It's still just a test, I have a longer video in the pipeline but need to cut it shorter and also add some moody music to it


I wanna know everything about how the camera behaves and reacts, when I review a rental car next time. I like the fact, that you can stop the video anytime and have a sharp picture 99 % of the time, where you can even read road names and small writings on bills.
Last edited: Mar 30, 2011
"If Liberty means anything at all, it means the right to tell people what they do not want to hear" (George Orwell)

^^ MacGuffin, you really need to buy a suction mount. Solves every problem.

Not every problem but some.
"If Liberty means anything at all, it means the right to tell people what they do not want to hear" (George Orwell)

A good suction mount will also not creak as you drive along.
​

The camera weighs almost 300 gramms. To keep that stabile without too much shaking, a suction mount must have more than one arm and that will make it expensive. A little rattling for 0 Euros and improvisation or perfection for probably hundreds of Euros on what is basically fooling around with a car and a camera.... hmmm...

Also, this is still just testing. If I really want to, I can make the tripod stay quiet.
Last edited: Mar 30, 2011
"If Liberty means anything at all, it means the right to tell people what they do not want to hear" (George Orwell)

Exactly why I ordered the GoPro HD Motorsport. Crisp uber wide angle 1080p and a suction cup mode then adequate to handle its weight.
​

Location
Greece, all around.

MacGuffin I quite liked the quality of your video, plus the tweaking you're doing to set it up.
Lip, is there any way of hiding the microfone behind a grille so that you can have engine noises instead of wind? Because the low height is really cool.

Best solution:
- External microphone inside the car cabin or atleast the motor bay

Other solutions:
- A small piece of acrylic glass infront of the camera
- Using a underwater case

Speaking of wind noise. Sorry, YouTube's AudioSwap is broken and I don't want to risk/hassle with doing it myself. I was testing out a few different mounting points for my new camera today, I know that I need some fine-tuning on aiming and placement to get better composition.

Low on driver's fender (need to aim it out a bit more and possibly move it back to the driver's door)
[video=youtube;-4fxtYQsx9A]http://www.youtube.com/watch?v=-4fxtYQsx9A[/video]

Sticking up on the top rear corner of the passenger quarter window, probably need a taller mast/move it back or out more.

Update...never got a chance to get to the mall...since today's Thursday though..I have all day off to go. It'll be better than me driving around campus again, with a mix of in town and highway footage.

In any case, I did manage to shoot a video of me driving to the other side of campus to pickup a paycheck and drop off a form that lets me withdraw from Statistics class. Parking here is horrible if you cant tell, and apologies for the radio station swapping/crap driving skills...I forget the phone's even in the car sometimes. The squeaking drivebelts and rattling from the cheap hard "assembled from a gazillion pieces" Saturn dashboard do provide a nice backup soundtrack though, haha

Last edited: Mar 31, 2011
"The way I see it a car enthusiast is somebody who is enthusiastic and interested about the motor car in all its various shapes and forms from supercars to East German 2-strokes made of cardboard. Everyone else is merely a car elitist IMO." ~ Captain 70's