Supposedly Yellowstone 3, the 747's successor, will be big enough to compete directly with the A380. It's still in its development stage, so it will be a while before we see a prototype.

Probably my favourite plane of its type, the Boeing 747-400.
Wonder what they will call the new plane.

Heathrow said:
Probably my favourite plane of its type, the Boeing 747-400.
Wonder what they will call the new plane.

797 comes to mind (surprise!..), but apparently they want to replace the complete lineup with the Yellowstone Project, so maybe they will use some new numbering system.

leviathan said:
797 comes to mind (surprise!..), but apparently they want to replace the complete lineup with the Yellowstone Project, so maybe they will use some new numbering system.

edit According to the Wikipedia link above, the Yellowstone Project Y2 ended up as the 787, so 797 for the Y3 (the big one) is not improbable.
Click to expand...

Y3 is basically dead right now. With the 777X program underway, as well as the 747-8 in production, it's going to be at least 2040 before Y3 even hits the drawing boards.

Not sure if I've ever posted this before, but this is an old video that I sometimes watch before going to bed:

Well I just booked my flight to Poland, and I'll be flying the following aircraft: 767, 737 and an Embraer 175.
Beep Bep 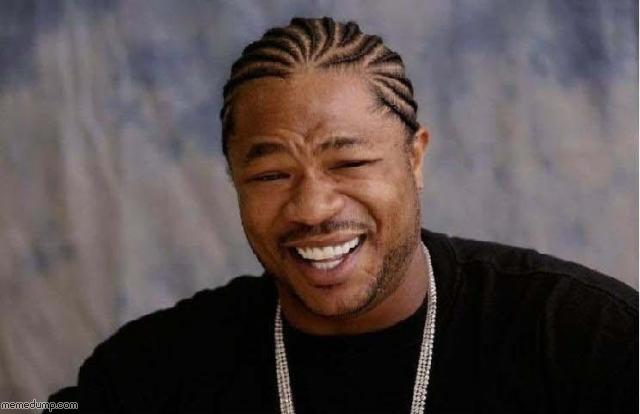 What happened there? Looks like the wing of the... C-130? isn't properly removed (torn off?).
My Cars: 2008 Dodge Viper SRT-10 convertible (summer weekend car), 2001 Ford Mustang GT coupe (winter car & grocery getter)
There is no replacement for displacement.
- Wolfgang Bernhard, then Chief Operating Officer, Chrysler Group talking about the Dodge Viper SRT-10
... I ask Herb Helbig, vehicle synthesis manager for SRT and a member of the original Team Viper development group since day one, if they'd ever thought of adding traction control. "It comes with two," he says, pointing at my feet. "Learn to use them." Got it.
- Motor Trend on the 2006 Dodge Viper Coupe, November 2005

Fighter Pilots Claim Intimidation Over F-22 Raptor Jets
"I wish for an America that matches the marketing materials.” - @HardcoreHistory

Now that's awesome! If they tried to do something like that today they would have to do in-depth feasibility studies, engineering evaluations, man-hour cost/benefit comparisons, logistical flow charts, environmental studies, and loads of other crap meaning the whole project would take seven years. I get the feeling that back then someone was just like "Hey let's just strap it to a bomber and be done with it!" and the whole thing was done by the following Tuesday.
http://pic.armedcats.net/k/ka/kajun/2010/06/29/2010-04-17_-_Hispania_F1_Racing_Team_-_Karun_Chandhok_05av2c2.jpg

Russian superjet missing with 46 aboard

I regularly read a blog of the flight's photographer, he is a huge blogger well known in Russia (Sergey Dolya). Incidentally, he stayed on the ground today to take pictures of the plane. Blackbox signal hasn't been received yet, and according to technicians, it should have been received within minutes if the plane had crashed - so not all is lost yet, it might have made a landing somewhere.

But now they realized, they can't follow the schedule and have to postpone everything to at least August.

I'm not surprised. Although I know almost nothing about this project, there has never been any big project that worked as planed. The bigger the project is, the bigger the delay. It is always the same. I simply can not get, why there is anybody in the word, that really believes in a set date. If I was a project manager, I'd have all my smart people plan and calculate the time frame, and then add another year or decade, depending on the project.

Everybody is gonna sue. And why??? Only because mankind is to stupid to learn from failures. And there has never been anything else but failures....

They are only blaming the fire systems for the delay (there are of course other additional problems), but this will probably cost the insurance of the company that installed or planned the fire system dearly.

It will cost so much, their boss better packs his stuff and moves to a tropical island.

Although I think that company isn't really the one to blame. In projects like this, the real tasks are often rather vaguely presented and you've to little information for careful planing.

It is only a guess now, but the problem is with the ventilation system in case of an fire. I can imagine, that one should plan such a system, without having a layout of the building it is in at first. Then when the building is planned, there are changes here and there... some displays are hung where no where on maps before etc and later you have to put a ventilation system in a fully packed room.

Happened to me once... there is a dead line, so you have to start work on a good guess and not on many information, and when you're 3/4 way through you can start completely over because the complication become clear in that late stage. But there is nothing that could have be done different in my position. Except doing nothing until the point where I had to start over. But that wouldn't have been accepted by the contractor because he wanted us to start early.... etc etc.