On September 1, 1910, Glenn H. Curtiss made a return flight from Cedar Point in Sandusky, Ohio to Euclid Beach in Cleveland in an hour and forty-two minutes. While he did not break his August record for the longest flight over water, he did average around 55 mph (88.5 km/h) in his biplane, securing the record for the reverse course.

The Boeing 737-900ER made it first flight from the Renton Municipal Airport in Renton, Washington on September 1, 2006. The aircraft can carry up to 180 passengers in a two-class layout, and is certified for up 220 passengers in a one-class configuration.

An Alaska Airlines Boeing 727 crashed into a mountain in the Tongass National Forest near Juneau, Alaska on September 4, 1971. All 111 people onboard perished in the crash.

On September 11, 1966, Collett Everman Woolman, one of the four founders of Delta Air Lines, passed away. In 1928, Woolman purchased Huff Daland Dusters and renamed it Delta Air Service. Woolman was born on October 8, 1889, in Bloomington, Indiana. He grew up in Urbana, Illinois, and graduated from the University of Illinois with a B.A. in agriculture.

The first flight of the Airbus Beluga took place on September 13, 1994. At first, the aircraft was officially called the Super Transporter, but the more popular name ?Beluga? was eventually adopted because of the plane?s distinctive shape and design. It is used mainly for transport of Airbus components ready for final assembly across Europe, and is also used to transport space station components, large and delicate artwork, and entire helicopters.

15th The Douglas Aircraft division of McDonnell Douglas delivered its 2,000th jet airliner, a DC-10 built for United Airlines, on September 15, 1982. The aircraft is a three-engine widebody jet airliner, and has a maximum capacity of 380 passengers.

On September 15, 1988, Ethiopian Airlines Flight 604 crashed on takeoff after suffering multiple bird strikes. Thirty-five of the ninety-eight passengers onboard the Boeing 737 died in the crash.

American Airlines flight 723, a Convair 240, crashed on September 16, 1953, while on approach to Albany Airport in New York. All 28 passengers and crew members died.

On September 20, 1932, Douglas was awarded a contract by TWA to build a prototype of the DC-1, a two-pilot, 12-passenger plane. The agreement also gave TWA options for 60 additional aircraft.

On September 20, 1945, a converted British Gloster Meteor, the first operational British jet fighter, and the only Allied jet fighter to see combat in World War II, made its first flight as the tested for the Rolls Royce Trent-engines that had five-bladed propellers. The aircraft pioneered turboprop power and the one-off model was retired in 1948.

United Airlines took delivery of its first Boeing 787 Dreamliner on September 22, 2012. The carrier became the first North American airline to take delivery of the high-tech but problem-plagued aircraft.

On September 26, 1981, the Boeing 767-200 made its first flight. The aircraft entered service with United Airlines in 1982, and was the first aircraft to be used on transatlantic extended range twin engine flights.

Douglas World Cruisers Chicago and New Orleans completed a round-the-world flight on September 28, 1924. Originally, four aircraft had set out on the expedition (the Boston, Chicago, New Orleans, and Seattle), but the Boston and Seattle crashed during the trip. .

On September 28, 1956, William Boeing died aboard his yacht, the Taconite. Boeing founded the Pacific Aero Products Co. in 1916, which would later become Boeing Airplane Company.

On September 28, 2004, final assembly on the first Boeing 777-200LR began. The aircraft holds the record for longest nonstop flight by a commercial airliner.

On September 30, 1968, the first Boeing 747 rolled out during ceremonies at the new assembly facility in Everett, Washington. The aircraft was the first wide-body ever produced, and is one of the world?s most recognizable aircraft
Click to expand...

And Ken Wallis has died aged 97.

Pilot, inventor and English eccentric, who had a long career in the RAF, where one time on secondment to the USAF (SAC) flew B-36 bombers.

He also flew his own AutoGyro "Little Nellie", in the Bond film YOLT. 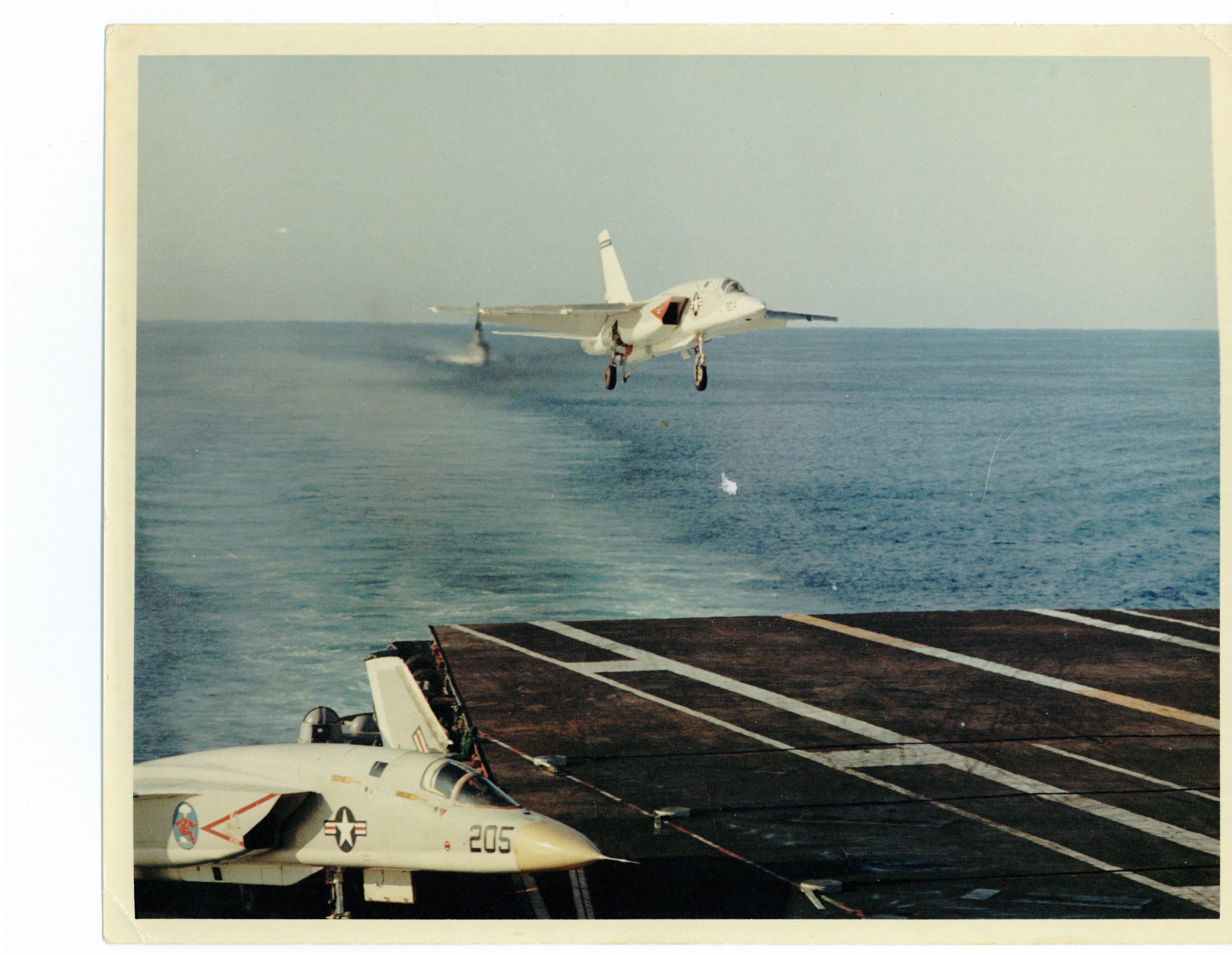 I went to nearby Duxford's last air show of the year this past weekend and only just now got around to uploading the photos. The show was surprisingly good although I am a bit spoiled by the likes of the shows at Dayton and Fairford. The highlight was seeing six Spitfires in the air at the same time. Unfortunately the lighting conditions at the time didn't allow for any worthwhile photos but I did manage to get a few good snaps. 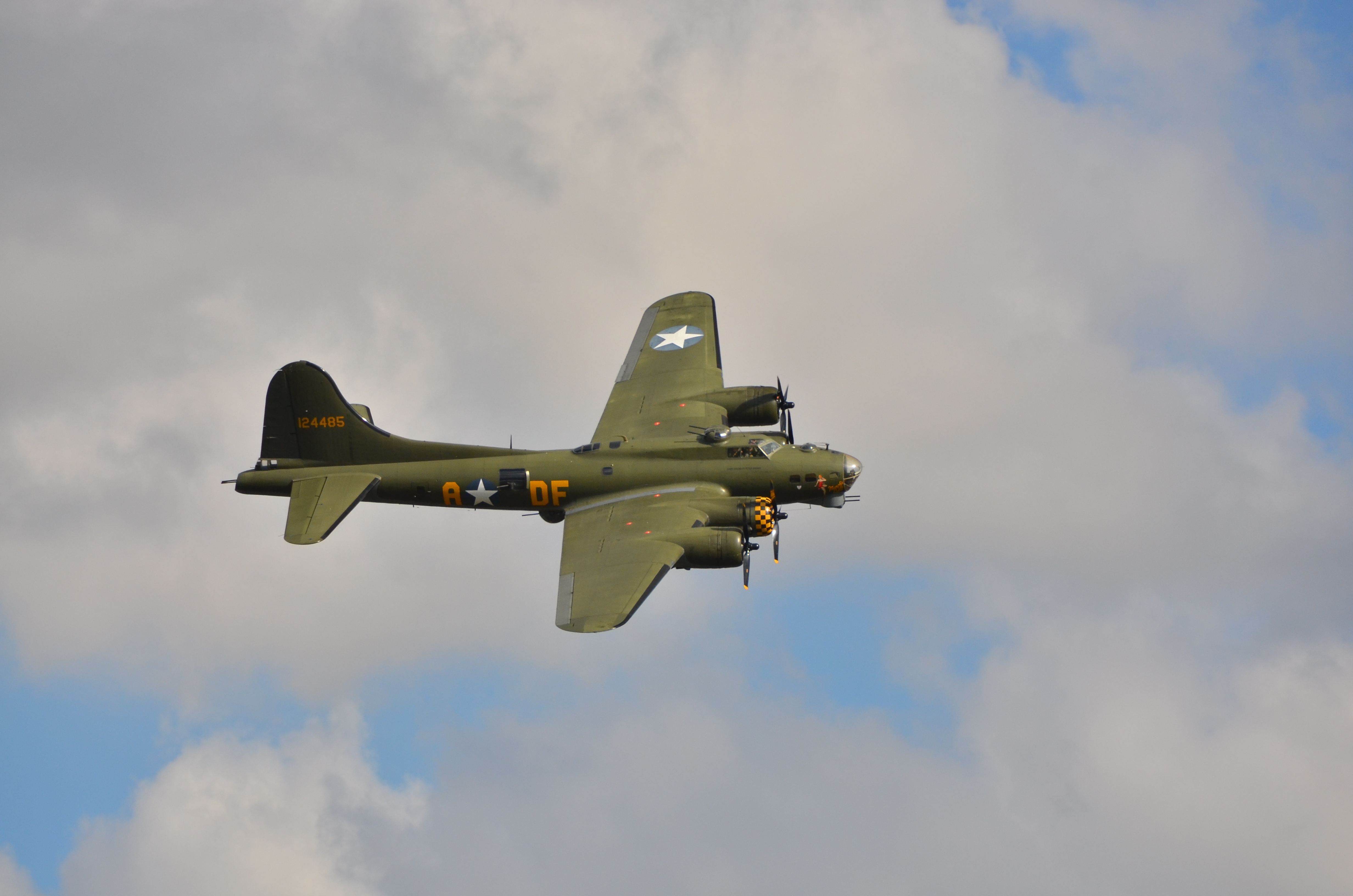 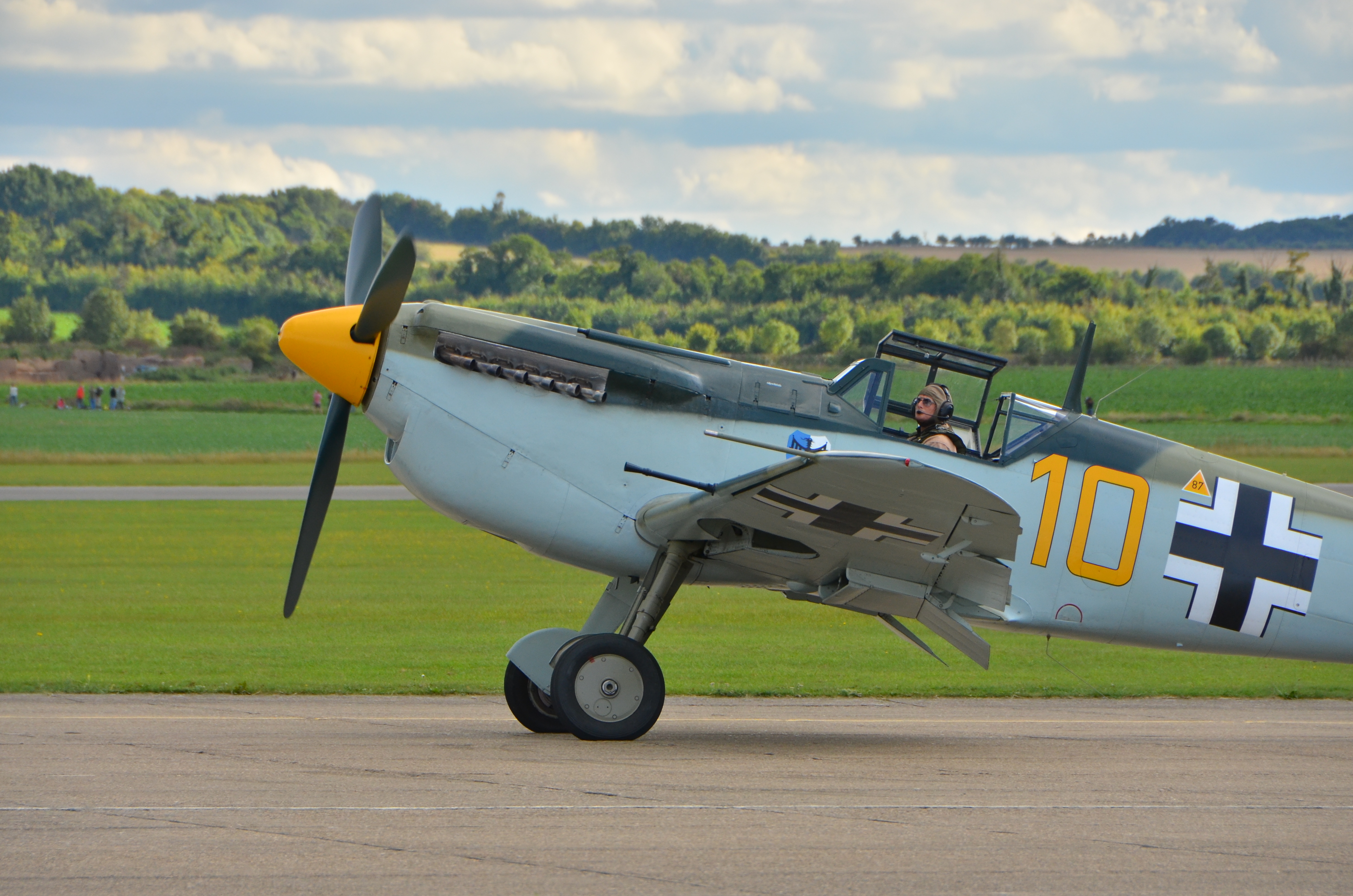 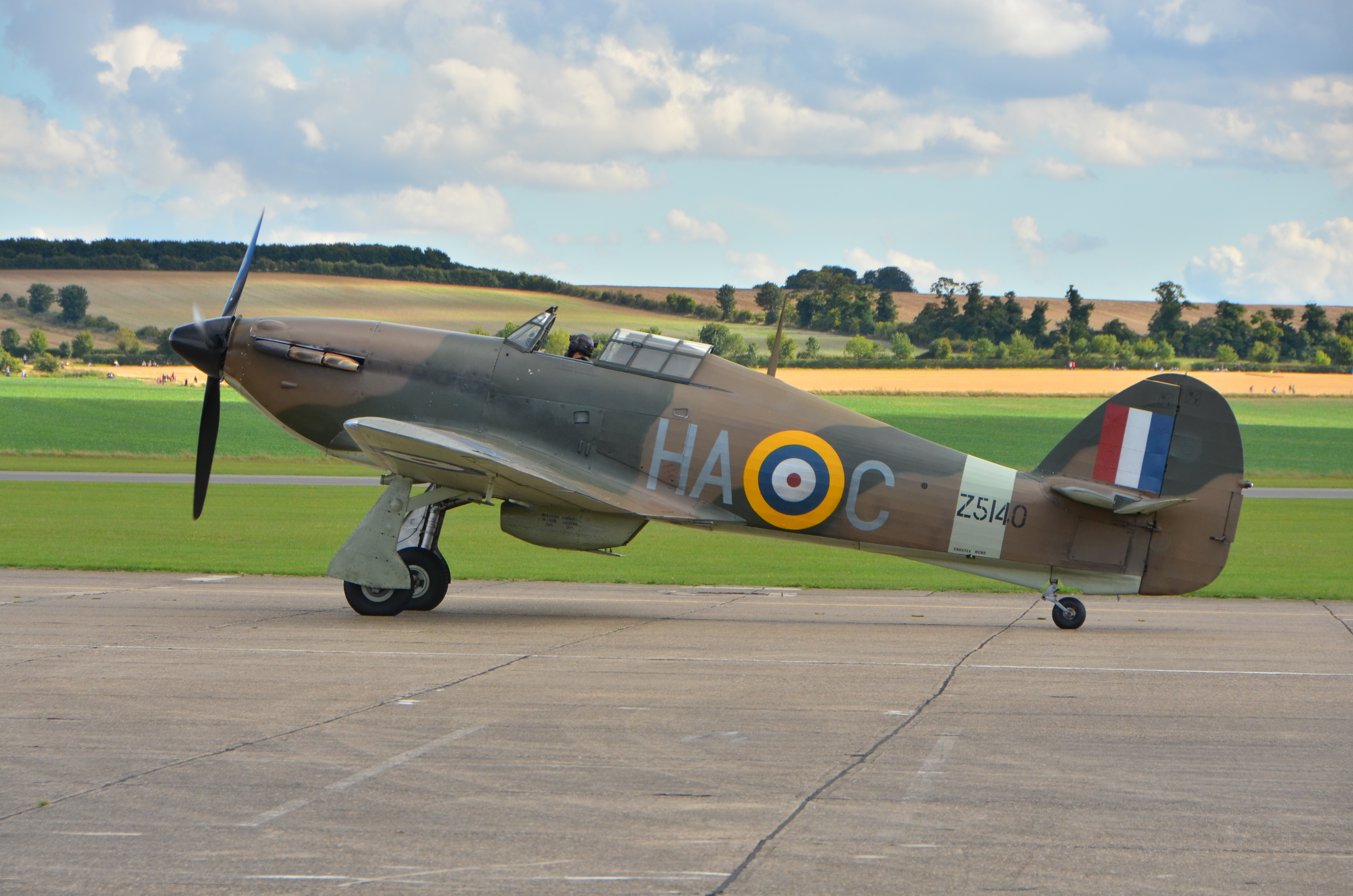 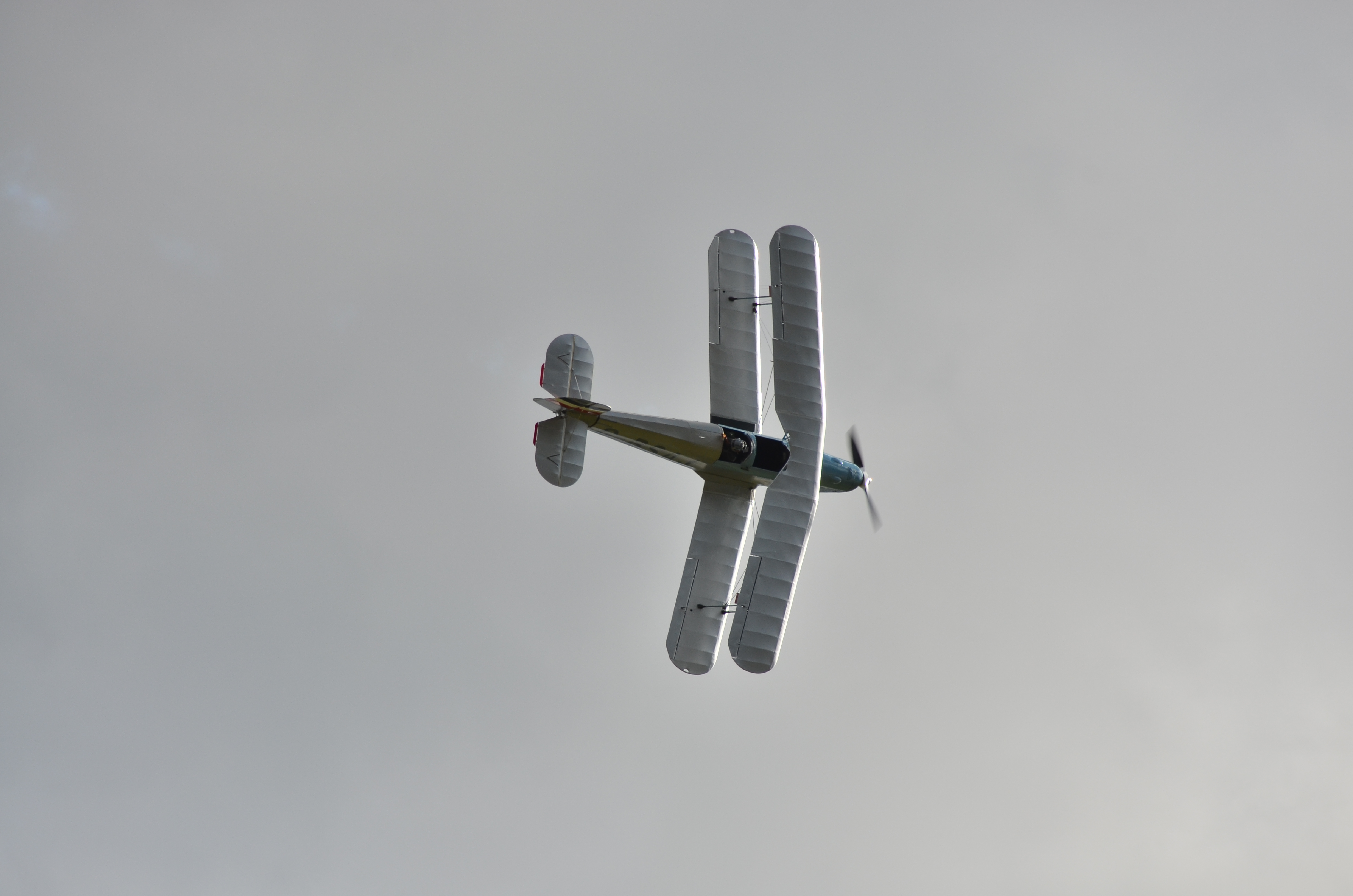 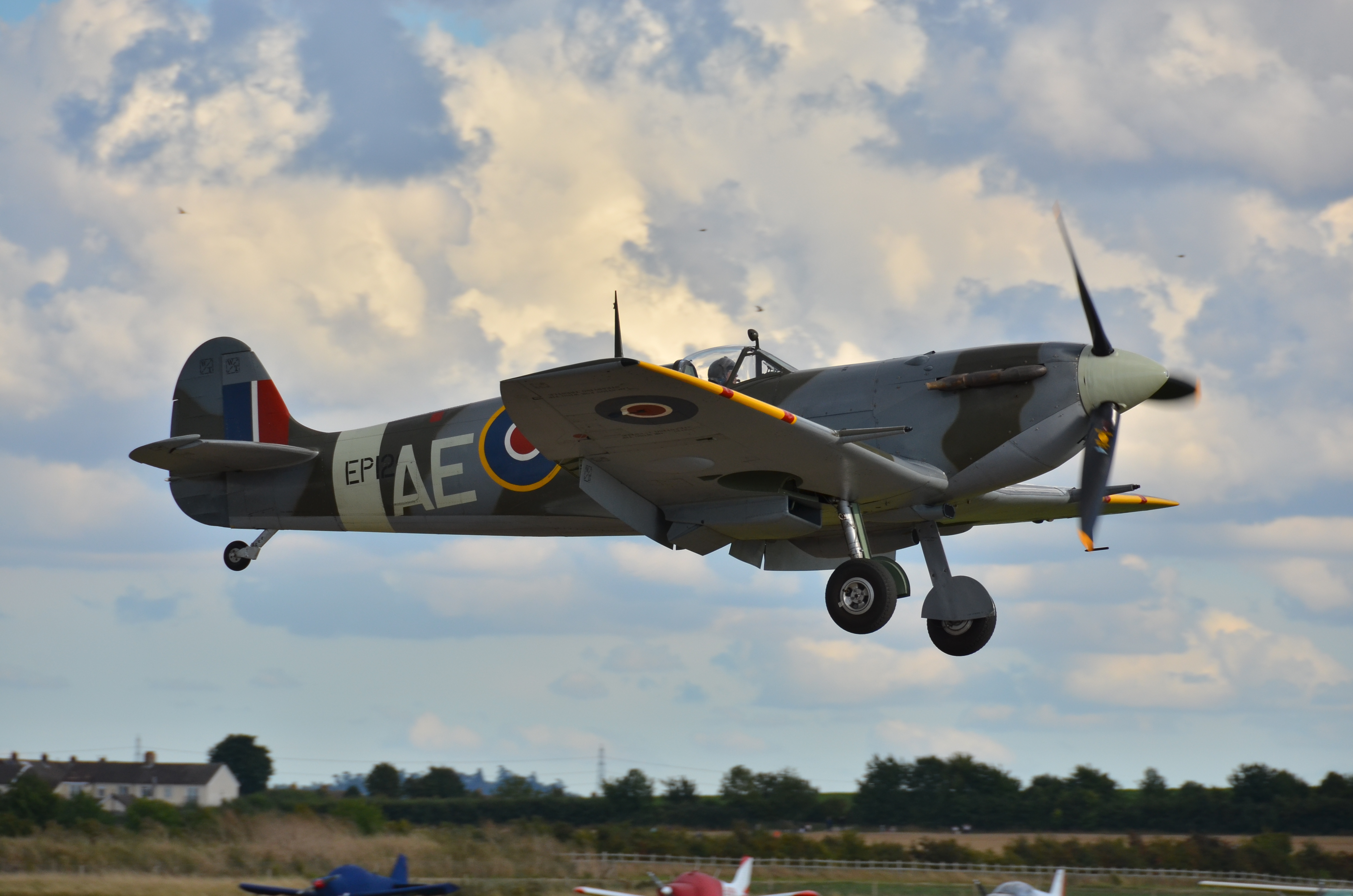 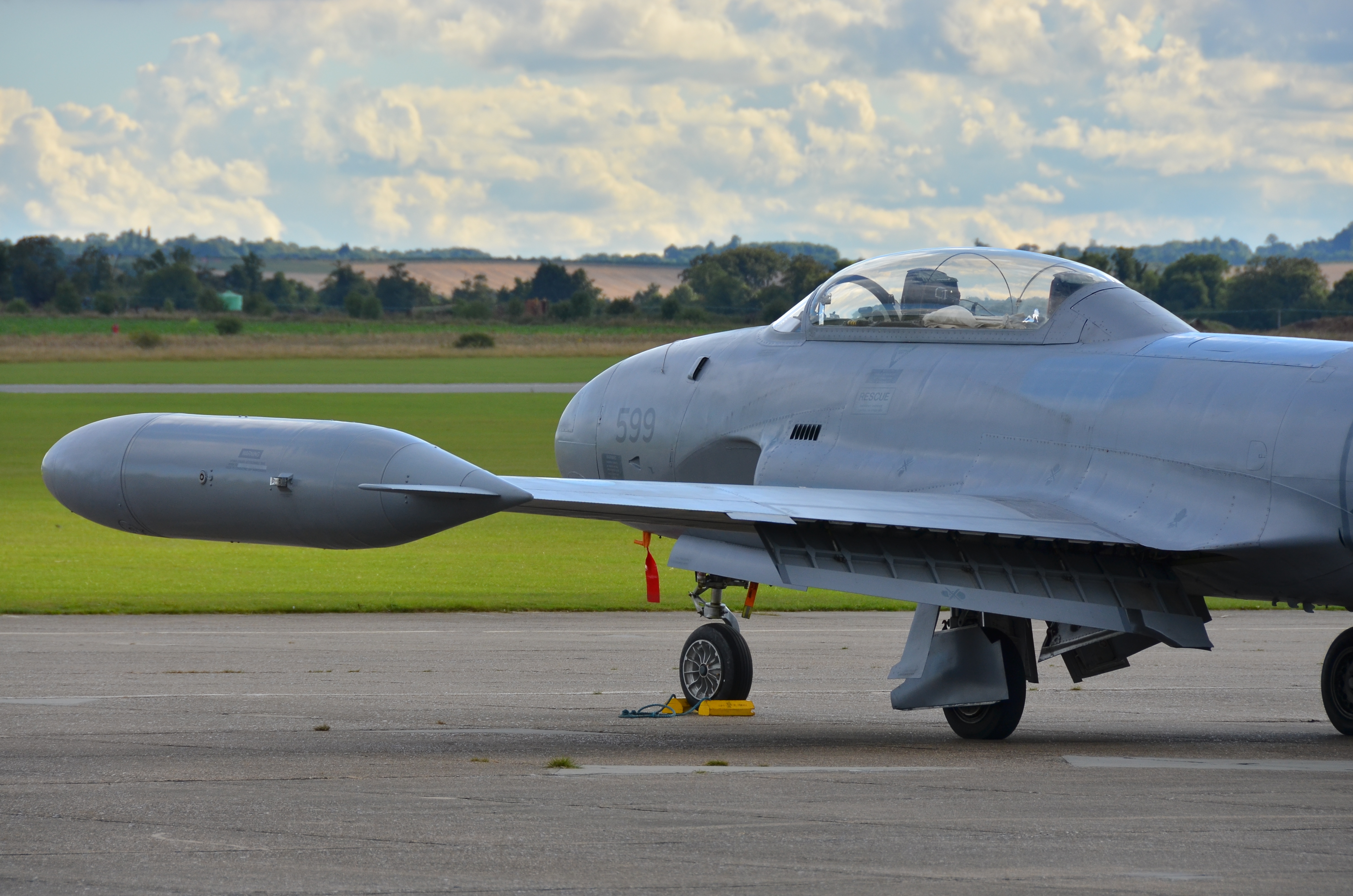 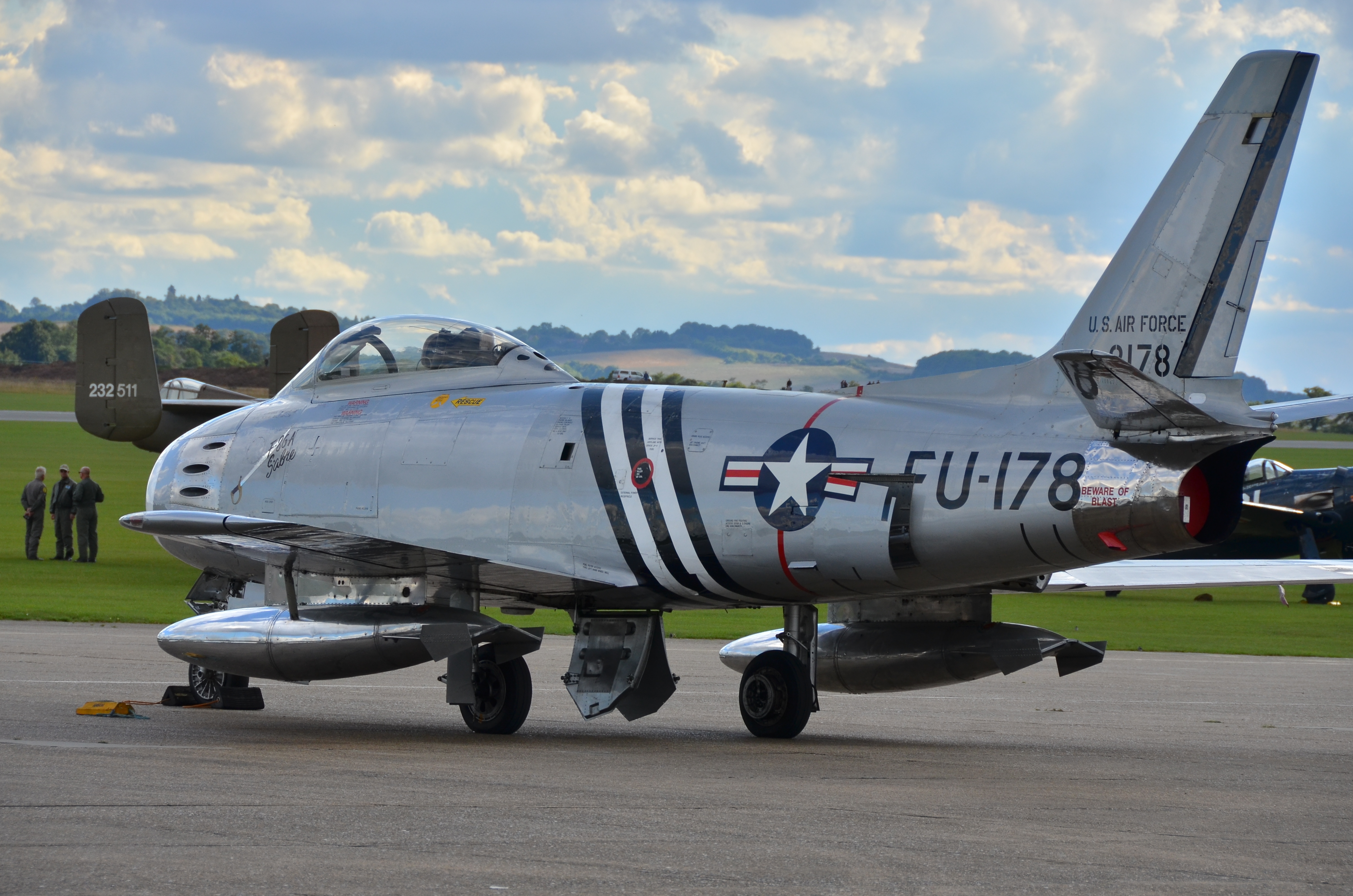 An Extra 330 piloted by Mark Jefferies. He put on an impressive display and is easily one of the best aerobatic pilots I've seen, and I've seen a lot of them. Bonus points by being sponsored by Abarth. 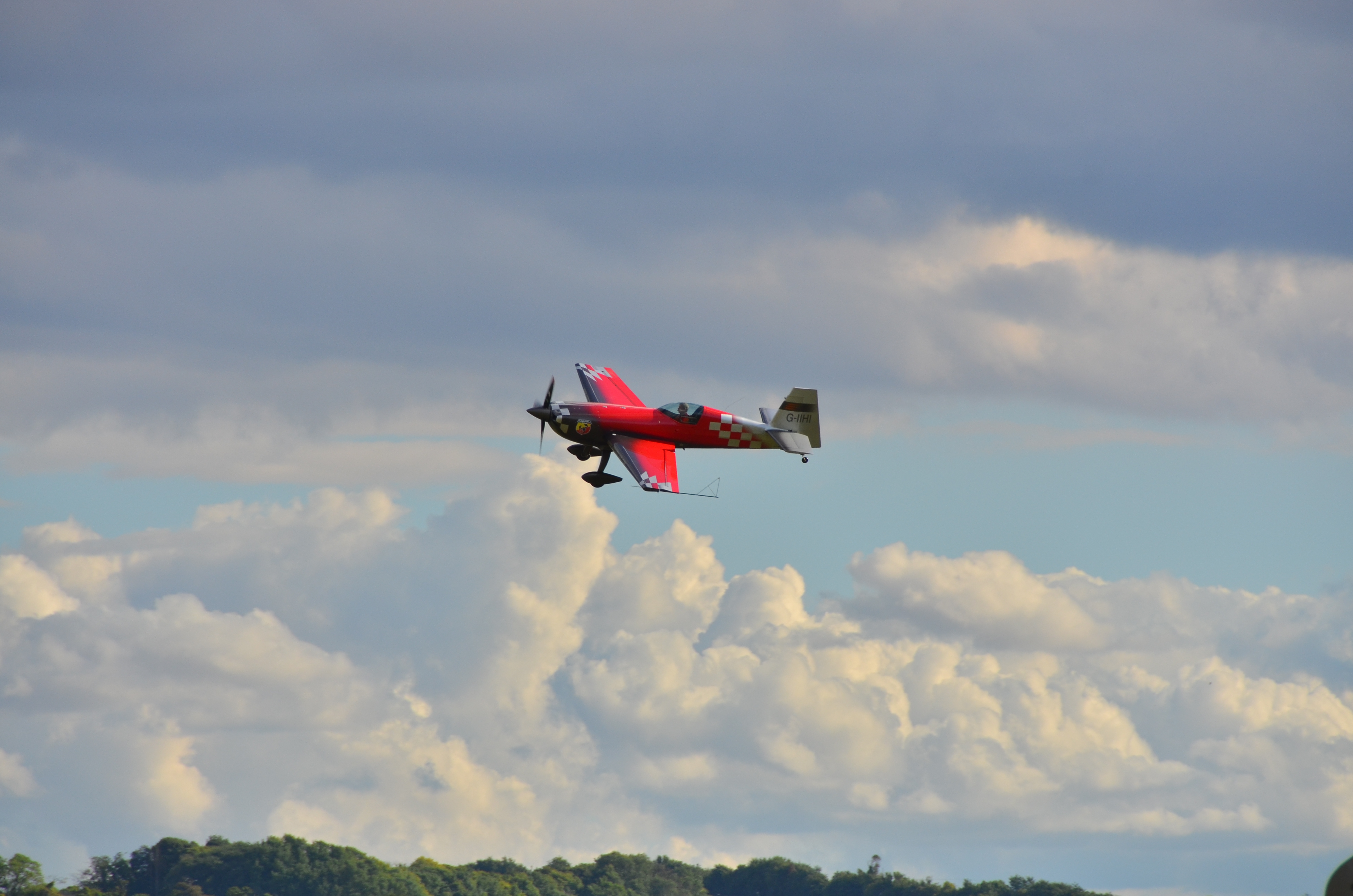 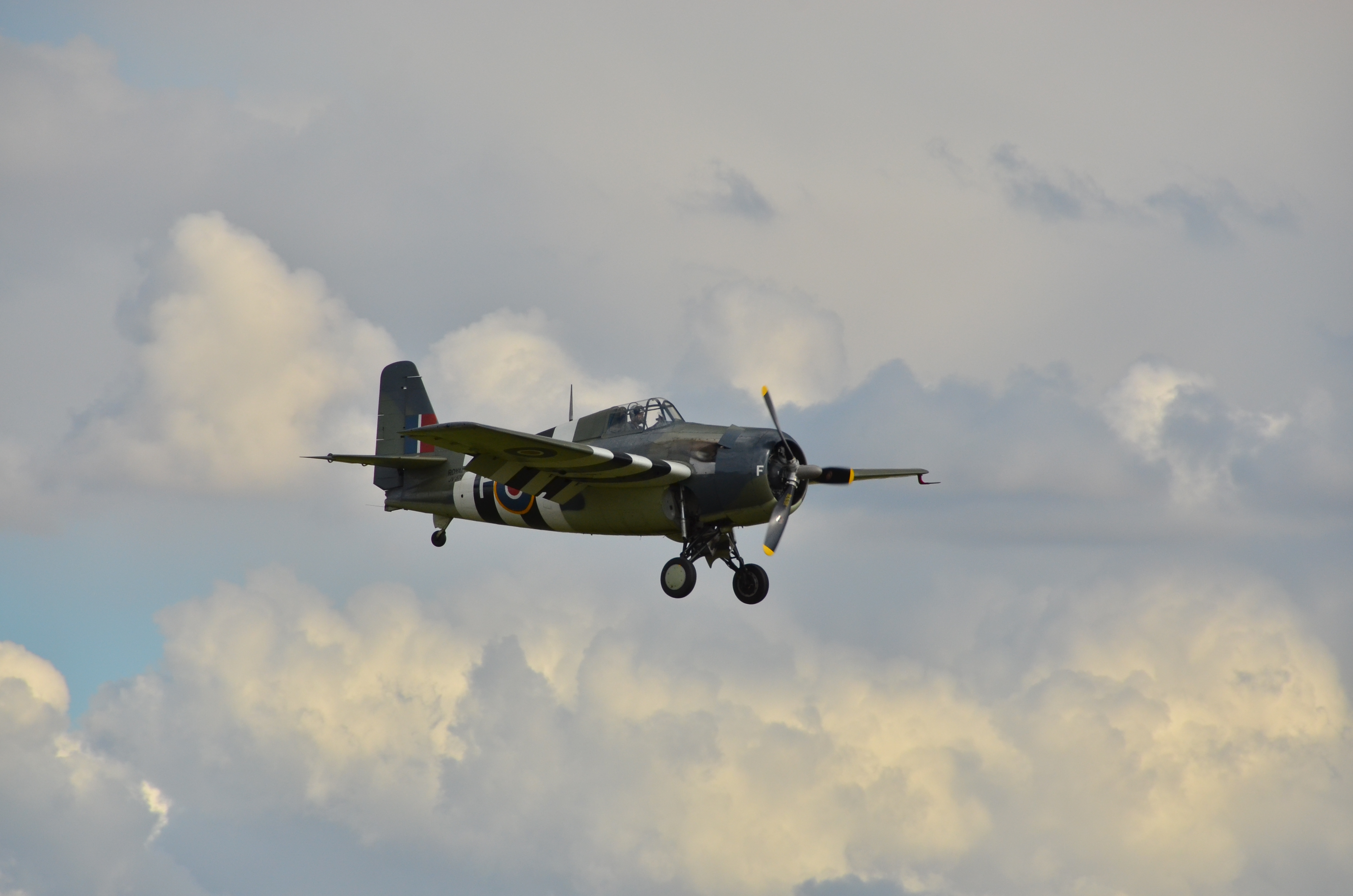 The great thing about working relatively close to Goodwood at Revival time. Not only did I see loads of interesting cars on my commute this morning but we just got overflown by the world's oldest surviving airworthy Junkers JU-52!

MWF, did you thought of the intro of that movie ?

Labcoatguy said:
Sometimes I wish I wasn't observant enough to notice that this isn't a proper Bf-109.
Click to expand...

Good eye! But it is the exact plane in the main photo on Wikipedia.

Wow, so it is!
"Power corrupts. Lack of power corrupts absolutely."
-Redliner, ironically

Retrolicious A321, seen at FRA: 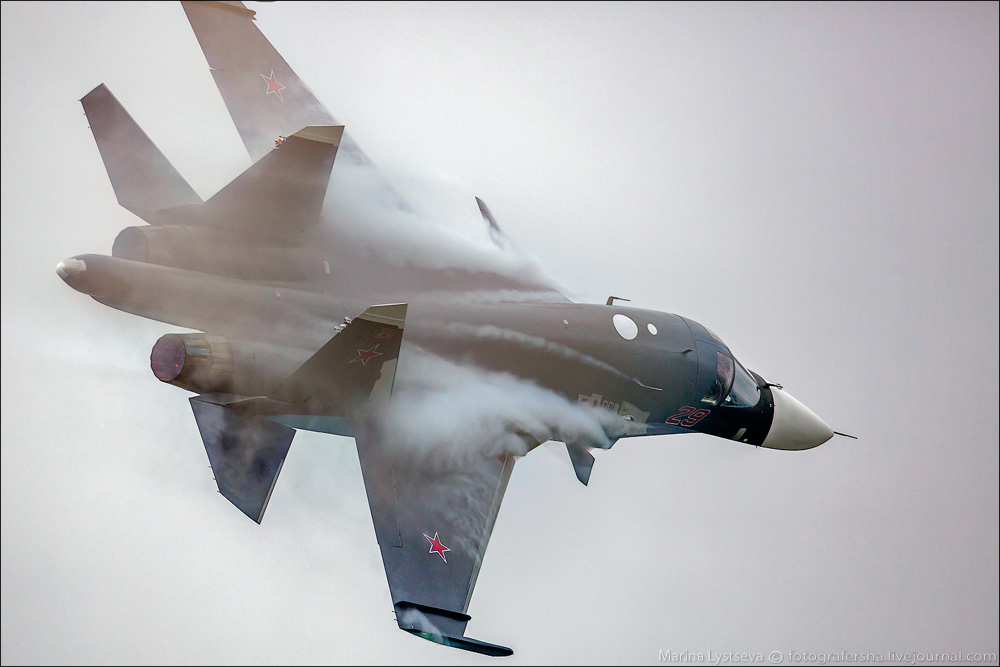 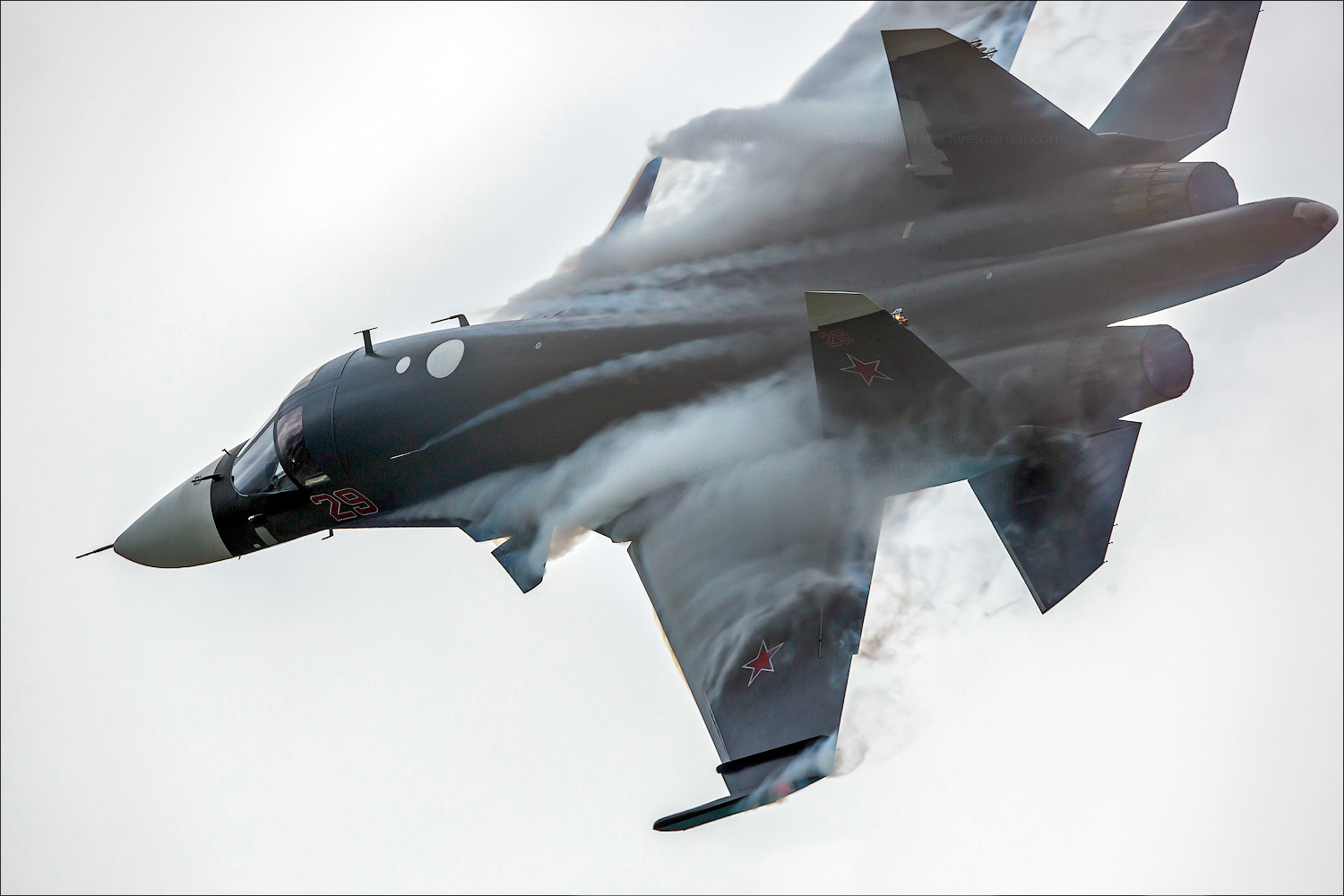 Smooookin!
"I wish for an America that matches the marketing materials.” - @HardcoreHistory

The C-Series just completed it's first flight. It lasted 2h29m 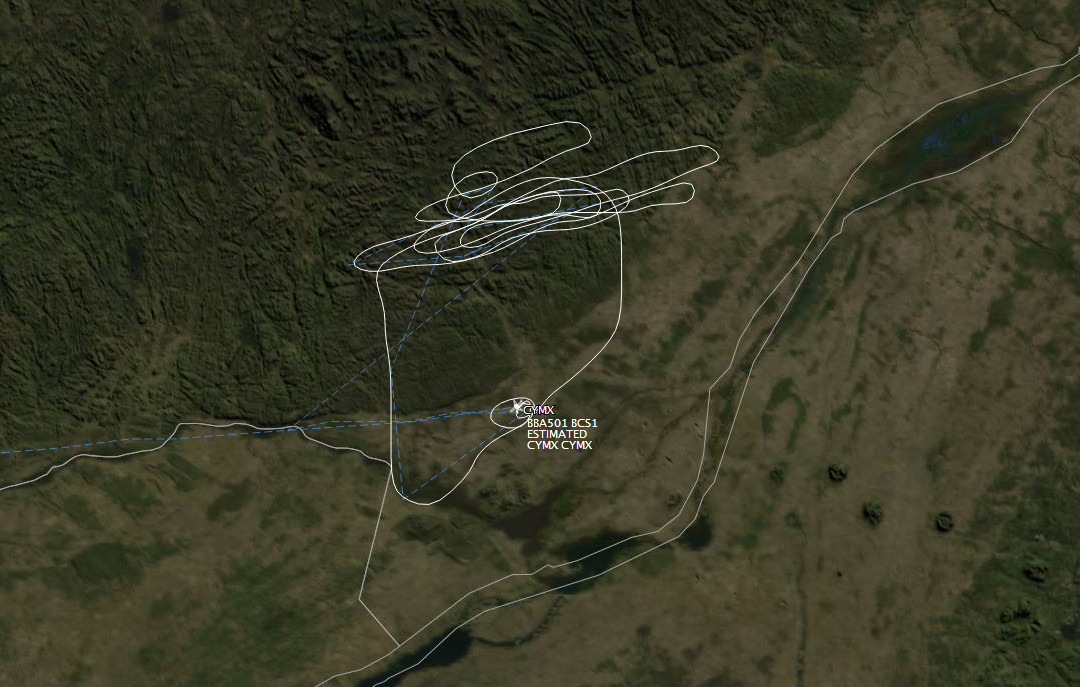 Great news... Good to see that someone tries to challenge the Boeing/Airbus commercial airliner duopoly. This might be just what airlines looking to replace their B717/MD-95, B737-500/600 and older A319s with. That said, things will get really interesting when the stretched CS-300 comes along, as that will challenge the MD-90, B737-700/800 and A320, all of those are fairly old designs.

Bombardier should learn a thing or two from that website, the live stream yesterday was nothing short of disastrous!

RdKetchup said:
After the C-Series 100 yesterday, today should see the first flight of the 787-9 (in about 1h):

Bombardier should learn a thing or two from that website, the live stream yesterday was nothing short of disastrous!

Are you going to get to fly the Sim on either of these or are you only Airbus?

However, I work on updates to existing simulators, so the chances of working on an update on the simulator of a brand new aircraft type is pretty slim, at least for a while.
- Alright you Primitive Screwheads, listen up! You see this? This... is my BOOMSTICK!

Lufthansa CEO Christoph Franz is jumping ship right in the middle of the ill-conceived and poorly executed restructuring of the company that has severely damaged customer satisfaction and labour relations:

Christoph Franz, Chairman of the Executive Board and CEO of Deutsche Lufthansa AG, has told Wolfgang Mayrhuber, Chairman of the Supervisory Board, that he will not be available to renew his contract when it expires on 31 May 2014.
Click to expand...

Does anybody know how to find something on this flightaware website?

I was flying from Fuerteventura to Frankfurt on 2013-09-13 (XG4422). Wanted to look up the flightpath... but I don't know how to look for a past flight. Don't find anything... what am I missing?
Last edited: Sep 19, 2013
You must log in or register to reply here.
Share:
Facebook Twitter Reddit WhatsApp Email Share Link
Top