lip said:
+ I've been there twice so far. Awesome stuff. - There is a small chairlift about halfway up, the rest you have to hike. But the scenery is stunning, and the BRRRT action is very close.

+ It really is a unique experience, I don't think there is another airshow in the world were live ammo gets spouted infront of a crowd like this, and were you can see the flying gun and the target at the same time. Also the way the F18's dive down after going over the mountain tops is a sight to behold. - As good as they are, these youtube videos just can't transport the thrill.

+ Important tip: You have to catch a place at the front of the visitor space otherwise as soon as the show starts all the people with cameras (read: most of the crowd) naturally stand up, forcing everybody else to stand too for the whole day when the crowd is packed. - But if you're at the front, you can comfortably sit and enjoy. LOL

- The high alpine weather has rapid changes, so it can happen that the show sometimes gets cancelled by the last minute. And I don't mean postponed, I do mean cancelled.
Click to expand...

Depending on the cost, it could be worth the risk.

Here is the official site (in english) for all the info: https://www.vtg.admin.ch/en/organisation/kdo-op/air-force/flpl-mei/axalp.html

Another video from that event:

It had been gorgeous in Frankfurt.

I’m back home and my brain can’t decide what it wants at 2:25 in the morning. So I’ve settled on some engine noise, specifically that between the 2:20 and 3:05 minute marks:

Have I missed the discussion on these?

CraigB said:
Have I missed the discussion on these?

I posted that a few days ago, but not sure who said what.

I think it is neat, but expensive, and it doesn't have much range for the price.
"I wish for an America that matches the marketing materials.” - @HardcoreHistory

It looks like someone upscaled a drone and stuck the propellers on a side by side chassis. Neat, but probably way too expensive to see it in use too often.
I've always had an irrational fear of anamorphic armadillos.​

I heard about this, but to see the pictures is just incredible. 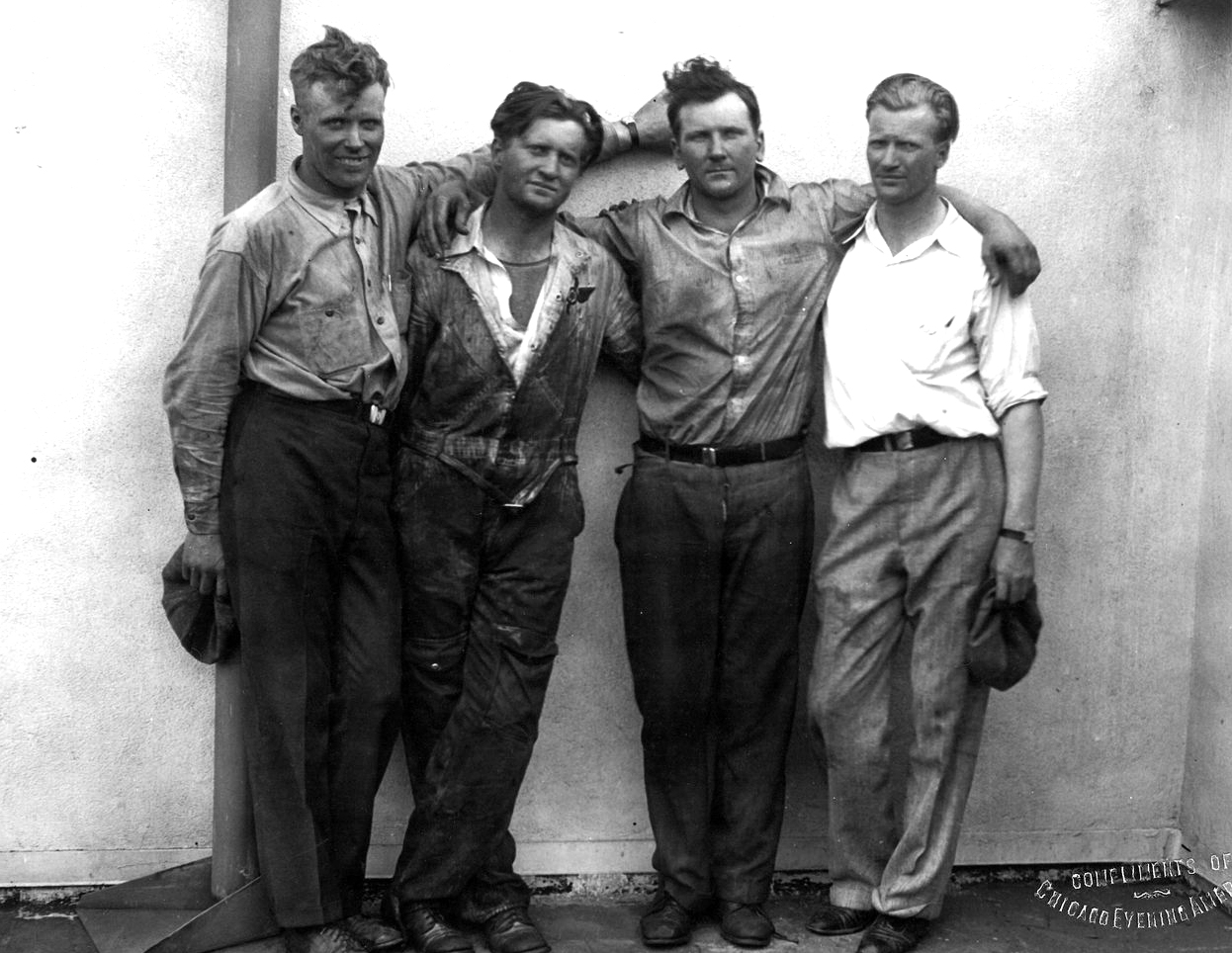 Ninety years ago, the Hunter brothers spent 23 days in flight without landing

Ninety years ago today, the four Hunter brothers began their journey to break the world record for Duration in an airplane with a flight that was to last an incredible 23 days! The roles of the brothers were defined as follows: John and Kenneth were the pilots of record plane the City of...

www.fai.org
"I wish for an America that matches the marketing materials.” - @HardcoreHistory

It’s wonderful to see one of these on the move again! ?

I was wondering why I saw Emirates A380s landing in/departing from HAM in the last two weeks, they switched to Boeing 777s between HAM and DXB after passenger numbers dropped due to Corona, but since the end of October they are servicing the flight with A380s again.

With that huge A380 fleet of theirs, Emirates don’t really have a choice.

Despite the pandemic, many people traveled for today’s }Dec. 4th, 2021) part of totality to see the spectacular total solar eclipse over Antarctica. Some were lucky to get on the “sixth continent”, others traveled via ship cruise in the Weddell Sea and around, the third group of eclipse chasers chose eclipse flight around 41000 feet above the ground, watching the narrow shadow and amazingly colored sky during the totality. This was also my case, traveling in one of two separate flights (the second one is on the image by the tip of the wing), parallelly floating the air in the shadow. Totality took about 2 minutes, bright Mercury and Antares were visible around the eclipsed sun. Amazing and unique was the eclipse because it, actually, occurred in the night (by 4 am local time) but over summer southern polar circle. What a spectacular and dramatic view! Used Canon 6D, Samyang 24mm, f3.5, ISO 640, 1/50s. Full credit: Petr Horálek/Institute of Physics in Opava.
Click to expand...

While I haven't witnessed eclipses while flying, there's something special watching the sun rise flying into europe that I really like.

93Flareside said:
While I haven't witnessed eclipses while flying, there's something special watching the sun rise flying into europe that I really like.
Click to expand...

It's also great going the other way, when you are going from Europe and straight to the West Coast:

I liked this reverse sunset (looking east) over Belgium ? that angled darkness gave an accurate preview of what's to come: "welcome home to the north, winter is coming ?"

Flying for the Swisstaly 2019 trip…

being able to see the curvature of the earth is very cool. 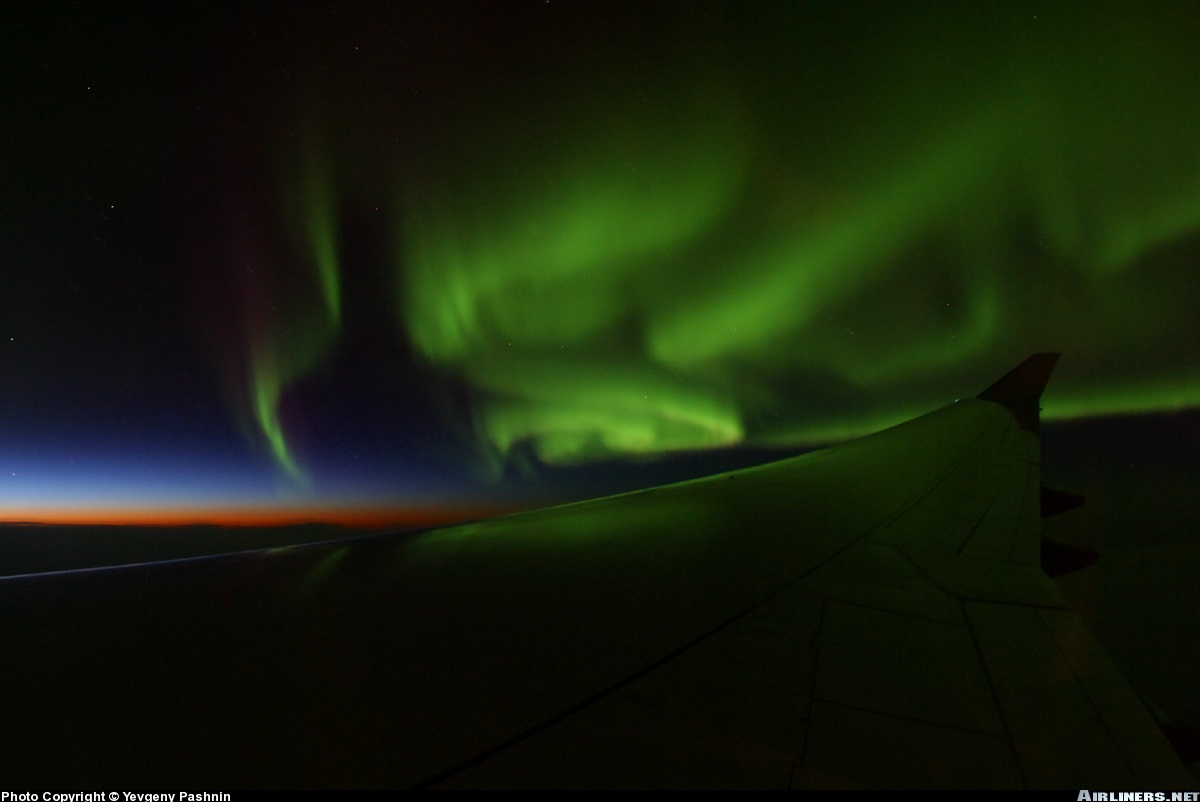 Northern light over north of Canada! That is a magic scene to watch for real!!!(Canon D60,Canon 15mm Fisheye, 15sec) - Photo taken at In Flight in International Airspace on January 22, 2004.

Leaves me speechless every time.