I always had a knack for fruity-sweet red wines. Not the nasty sweet ones, like for example cheap Greek wines, but really good sweet ones, that taste deliciously of grape and won't give you a headache the day after.

My current favourite in that area is this Spanish one:

It's called "Marca Alcantara" and has absolutely nothing to do with leather interior in cars Besides the fact, that it tastes delicious, I also can report that I didn't get a hangover from it, even though I drank nearly two bottles of it on one evening. It has no acid whatsoever, so also no stomach problems.

So for those who avoid red wines, because they think they are dry, bitter and have a nasty aftertaste, this is an alternative I can really recommend. A bottle costs about 9 Euros.

As for white wines, my current favourite is a little bit more expensive. It's this Sauvignan Blanc from New Zealand, called "Cloudy Bay": 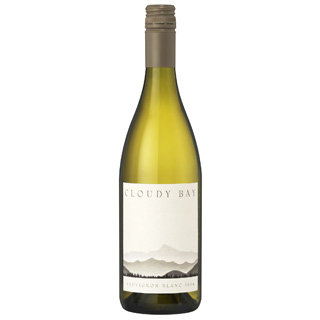 It has a fine acidity and a flavour, that strongly reminds of slightly sour green apple. A Bottle costs about 20 Euros.
Last edited: Feb 22, 2011
"If Liberty means anything at all, it means the right to tell people what they do not want to hear" (George Orwell)

How many of you outside of teh US are able to buy Washington State wines? Or is it pretty well limited to name brand CA vintages?
If only I could be PhuckingGoose

phuckingduck said:
How many of you outside of teh US are able to buy Washington State wines? Or is it pretty well limited to name brand CA vintages?
Click to expand...

Online you can get practically anything from anywhere in the world. Maybe not everything that is available locally but then again you always get the best wines only, when you buy directly from the wine-grower.

In the shops here you get mainly European wines but also lots from USA, Australia, New Zealand and South Africa.
Last edited: Feb 24, 2011
"If Liberty means anything at all, it means the right to tell people what they do not want to hear" (George Orwell)

Fuck! Went to a wine tasting with a great variety of world class winemakers in the midst of a god damn sinus infection. I think, and normally I rant against ratings, but the lowest rated bottle served was a 94. Stupid Ros?.
If only I could be PhuckingGoose

Went to dinner at Aria in Sydney with a friend last week and had the degustation menu (very nice, particularly the Peking Duck Consomme) .. but that is beside the point. We had a couple of glasses of a Moroccan Wine which was spectacular. 2008 Alain Graillot Syrocco Syrah.

Have never had a Moroccan wine before, but this was recommended by the sommelier. Plenty of ripe fruit on the nose, rich cherry with a hint of tobacco on the palate and beautiful fine grain tannins. Probably had more, but I am crap at describing these things. It was much more subtle than Australian shirazes (which tend to be fruit bombs with enough tannin to last a thousand years). A friend of mine is a big wine buff and keeps trying to get me interested in Burgundy so I have sampled a lot of Grand Cru stuff from there, but this Moroccan Syrah would stand tall in that company. And now, the good news. Unlike those Burgundies, which cost $200 a bottle, I have just managed to source some of this 2008 vintage for $33.00 a bottle ... freakin' bargain.

Where did you source it from mate?
My car is dark grey not black!

^ International Fine Wines. Conveniently (for you) located in Abbotsford. They have no stock at the moment, but are due shipment in July. In the meantime, the Oakridge 2008 Yarra Valley Pinot is a very satisfactory substitute for a similar price:

Actually, all the Oakridge products are good. I was wine tasting (and *cough* golfing) with some uni mates in the Yarra Valley last month. It wasn't an exhaustive exploration, but Oakridge, Long Gully, and Punt Road stood out as the best wineries we visited. Victorian piss heads are much better served than Sydney for local wineries. You have Yarra Valley, Mornington and now the Geelong Region (there is a very good maker down there called Lethbridge who make delicate Reislings and Pinot Gris ... I haven't had anything else from them, but I am lead to believe that all their stuff is high quality).

Cool, that place is only about 10 minutes from my work


Generally I try and source my reds from South Australia and whites from Victoria
My car is dark grey not black!

This thread has been dead for far too long.

Been getting into Italian varietals and unoaked Chardonnay lately. What is everyone else drinking?
I like Top Gear. But I'm not a Top Gear snob.

In France, wine labelled "chateau" is associated with a product entirely made from grapes grown on a "terroir" ? a specific patch of land- giving it a unique identity and flavour.

But a new proposal by the European Commission, to be addressed later this month, would allow American wines made with a mixture of grapes purchased from different growers, to use the title as well.

A committee of representatives from the Bordeaux region were among the first to denounce the initiative, which they claim would confuse French consumers, and ruin the tradition of chateau wine production.

Representatives, who base much of their sales on the use of coveted chateau titles in their region, are to meet on Monday in an attempt to push the French government to veto the initiative.

"There is a great danger that the notion of the chateau will disappear in France ... the consumer is going to feel lost," said Laurent Gapenne, president of an organisation that guarantees wine labels represent their geographic origin and quality in the Gironde region, which includes Bordeaux.


Speaking to Le Parisien newspaper, Mr Gapenne added that the "chateau" label accounts for up to four fifths of sales for winemakers across France, because it represents "a reference of quality" for consumers.

"It is unthinkable that the European Commission, which is supposed to defend our interests, approves of this measure," he said. "In the United States it's different, they use the term chateau to create a brand name like Coca Cola or Nike."

Mr Gapenne said the proposal was made as part of an "exchange" that would allow European wine producers to rely more on the American labelling system, which traditionally highlights grape variety, rather than where the fruit was grown.

He said that if St?phane Le Foll, the French agriculture minister, refuses to fight the measure, wine producers could seek legal action.

French winemakers also fear that if the move is successful it could spread to other countries, and spike competition with American wines.

"Today the importation of American wines in France is marginal. That could change with this opening," said Mr Gapenne.

Bernard Farges, vice president of the Federation of Great Wines of Bordeaux, said: "Such an authorisation could create a precedent for the ensemble of the terms synonymous with winemaking," such as 'cru' (vintage) and 'domain,' among others."

EU representatives in charge of the measure could not be reached for comment. The European Commission's Common Organization of Agricultural Markets will preside over the discussion of the measure later this month.
Click to expand...

The American winemakers buy the grapes from France, then make wine in the USA and call it "chateau"?

Heathrow said:
The American winemakers buy the grapes from France, then make wine in the USA and call it "chateau"?

In France , the label "chateau" is a traditionnal indication of the origin of the wine : 100% of the grape must come from one property that is relatively small , it's controled and the winemakers are restricted : they can't mix , for exemple , grapes from different supliers or region.

In the US , winemakers aren't restricted to anything , and the french winemakers fear that the term "chateau" will be devaluate and will not represent the same thing each side of the atlantic.

Ah yes, I realised that.

Be OK if it represents something unique to California, for example.

Chateau Alcatraz, fine by me! :lol:

EDIT: Should also add that the article is in the Telegraph, which is not averse to EU bashing etc.
Last edited: Sep 19, 2012

Strictly speaking there are plenty of rules in the US. After all it's a billion dollar industry and all the lawyers want in on that. We have ideas of our own and AVA regulations, on the whole though we are way more easy going than Europe. And the only reason the American wine industry can slip the $6 Chateau bottles in is because wine consumers are for the most part completely uneducated. It's not like we're able to label Night Train as a Napa Cab. The French and Italians are certainly not any less deceptive

[Edit] Speaking of, I just bought a Premier Cru Burgundy bottled and labeled by the US importer for $40, because sometimes Chateau means jack shit even when it is a Estate wine.
Last edited: Sep 23, 2012
I like Top Gear. But I'm not a Top Gear snob.

I have a couple of bottles of a nice Zinfandel...and I can't find my damn corkscrew!

Edit...A screw and a pair of pliers did the trick.
Last edited: Sep 23, 2012
Booooooooored

That American Girl said:
I have a couple of bottles of a nice Zinfandel...and I can't find my damn corkscrew!
Click to expand...

Well, you could invest in a wall-mounted, kitchen top corkscrew if this is a regular problem.
(You're unlikely to loose or misplace you kitchen, normally.)


That American Girl said:
Edit...A screw and a pair of pliers did the trick.
Click to expand...

My work is done here, I must off to the supermarket to buy some wine!

I had 2 bottles of that nice Zinfandel, but my son broke one. To make up for it, he walked in an hour ago with a new bottle. He said "Here mom, I got this for you cause I broke your other one. The gas station had it on sale."

Yep. The "gas station had it on sale".

I thought, well, how bad can it be, so I opened it and took a drink after it had chilled.

Chilled, was it white?
I like Top Gear. But I'm not a Top Gear snob.

That American Girl said:
I had 2 bottles of that nice Zinfandel, but my son broke one. To make up for it, he walked in an hour ago with a new bottle. He said "Here mom, I got this for you cause I broke your other one. The gas station had it on sale."

Yep. The "gas station had it on sale".

I thought, well, how bad can it be, so I opened it and took a drink after it had chilled.

A nice gesture to go and get another replacement, maybe he now knows that all wines are not the same, like gasolene. Different colors, strengths, tastes, terroir and prices.
(Although, ironically some wines DO taste like gasolene. :lol