You are not allowed to play with your phone at all at US customs in various airports.
- Alright you Primitive Screwheads, listen up! You see this? This... is my BOOMSTICK!

Nope, not in Australia or the US. I don't know whether or not they care here in Germany, but I've never seen anything worth photographing at any German passport control point.


RdKetchup said:
You are not allowed to play with your phone at all at US customs in various airports.
Click to expand...

I think it might be all of them. Even at the secondary customs checkpoint, you have to ask. I've always had an irrational fear of anamorphic armadillos.​
C

If it doesn't have a naval gun turret installed then it's not a real tank: 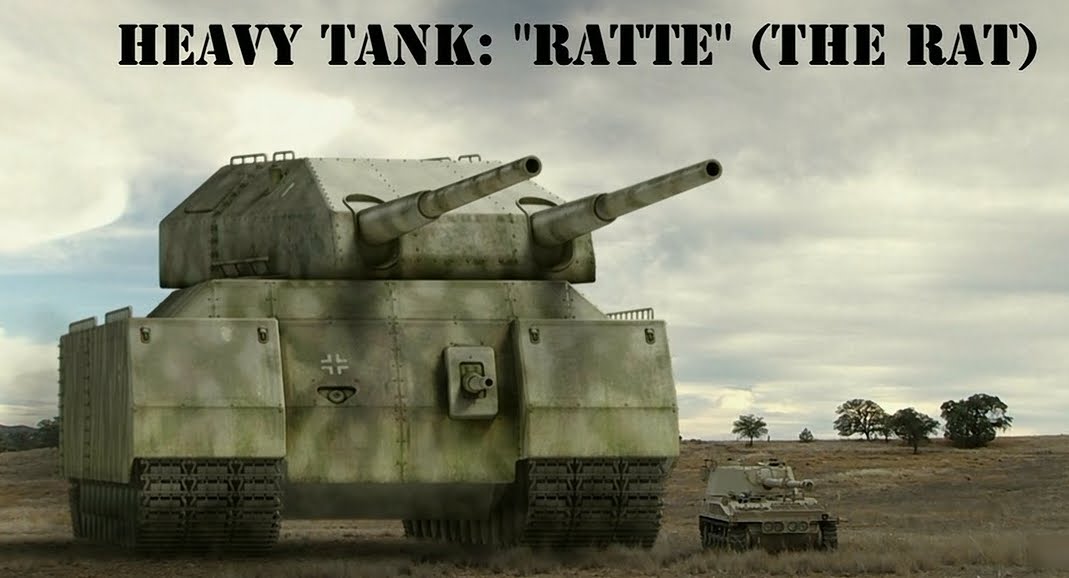 (Yes, those are 280 mm guns. At the same time other tanks would have used maybe 120 mm, which would have only tickled this monstrosity of a tank. Also: the thing next to it isn't a toy but a full sized tank).

You just have to love the sheer level of lunacy that Hitler poured into some of his "personal" projects. Everything needed to be bigger in order to be better. Nevermind things like crossing bridges and rivers, fuel consumption and being an excellent target for enemy bombers. Just build a 1000 ton tank with a hopelessly impractical gun that can't go anywhere (fast) without being bombed to pieces.

To be fair, that's not a real tank, either.

But what a tank it would have been had they ever gotten around building one of them.
​ 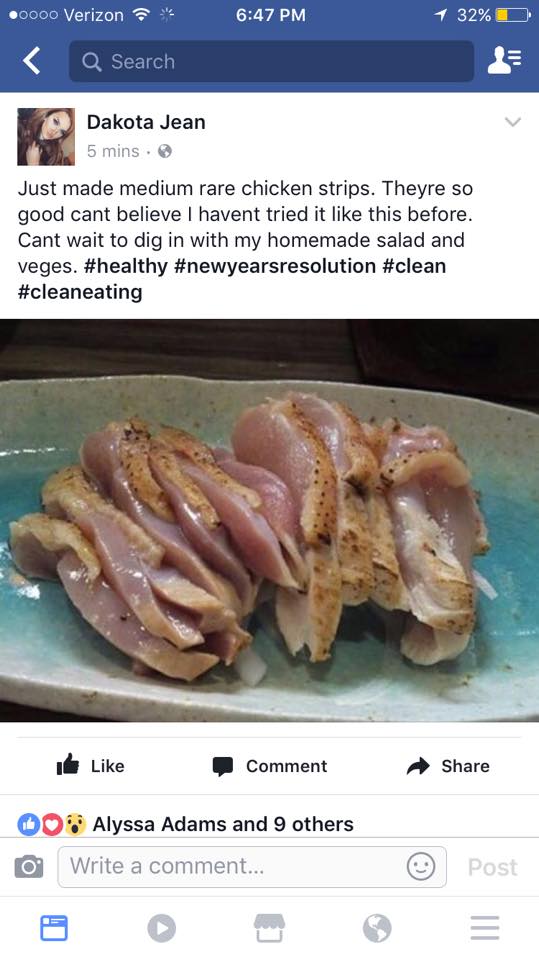 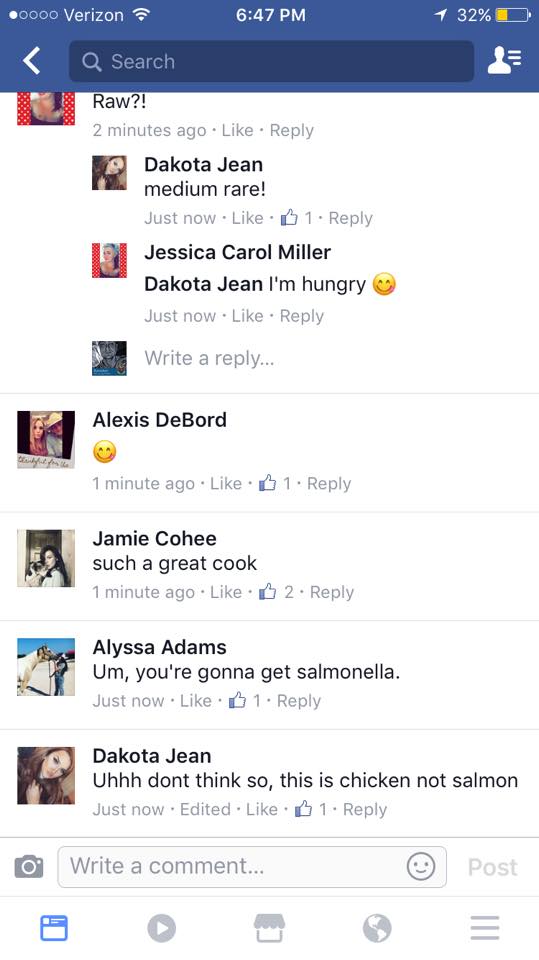 Honestly, if she's that stupid, she deserves a little salmonella...
I've always had an irrational fear of anamorphic armadillos.​

But it's not salmon...
There is no such thing as a stupid question.* *but there are a lot of inquisitive idiots.

Salmon's pretty good actually. Some salt, pepper, and a squeeze of lemon makes it even better!

NecroJoe said:
But it's not salmon...
Click to expand...

I can't argue with that logic...
I've always had an irrational fear of anamorphic armadillos.​
C

CD82 said:
And in case the P1000 Ratte was still too small, don't worry, they had something even bigger planned.
Click to expand...

i clicked on that link, and the specifications say it weight 1,700 short tons or 1,500 long tons

1000 kg became known as the metric ton simply because it was coincidentally close to the existing tons.
Now with 70% less signature.

The British tonne (Listeni/t?n/) (British and SI; SI symbol: t), which is the same as the metric ton in the United States, is a non-SI metric unit of mass equal to 1,000 kilograms;[1][2][3][4] or one megagram (Mg); it is equivalent to approximately 2,204.6 pounds,[5] 1.10 short tons (US) or 0.984 long tons (imperial). Although not part of the SI per se, the tonne is "accepted for use with" SI units and prefixes by the International Committee for Weights and Measures, along with several other units like the bar, litre and day.[6]
Click to expand...

Whereas the ICWM defines a fuckton as several shitloads or one twelfth of a whole heap.

And on the subject of standardisation I just found this.

Origins of engineering specs and government decisions.Ever wonder where engineering specifications come from? The US standard railroad gauge (distance between the rails) is 4 feet, 8.5 inches, an exceedingly odd number. Why was that gauge used?

Because that's the way they built them in England, and the English built the first US railroads.

Why did the English build them like that? Because the first rail lines were built by the people who built the pre-railroad tramways, and that is the gauge they used.

Why did they use that particular gauge then? Because the people who built the tramways used the same jigs and tools that they used for building wagons, which used the same wheel spacing.

Okay! Why did the wagons have that particular odd wheel spacing? Well, if they tried to use any other spacing, the wagon wheels would break on the old, long distance roads in England, because that's the spacing of the wheel ruts in the granite sets.
So, who built those old rutted roads? Imperial Rome built the first long distance roads in Europe (and England) for their legions. The roads have been used ever since. And the ruts in the roads? Roman war chariots formed the initial ruts, which everyone else had to match for fear of destroying their wagon wheels. Since the chariots were made for(or by) Imperial Rome, they all had the same wheel spacing.
The United States standard railroad gauge of 4 feet, 8.5 inches is derived from the specification for an Imperial Roman war chariot.
Specifications and Bureaucracies live forever. The Imperial Roman war chariots were made just wide enough to accommodate the back ends of two war-horses.
Now let's cut to the present...

The Space Shuttle, sitting on its launch pad, has two booster rockets attached to the sides of the main fuel tank. These are solid rocket boosters, or SRBs. A company builds SRBs at its factory in Utah. The engineers who designed the SRBs wanted to make them a bit fatter, but the SRBs had to be shipped by train from the factory to the launch site. The railroad line from the factory has to run through a tunnel in the mountains. The SRBs had to fit through that tunnel, which is slightly wider than the railroad track, and the railroad track is about as wide as two horses' behinds.

So.... a major design feature of what is arguably the world's most advanced transportation system was determined two thousand years ago by a horse's ass. Which is pretty much how most government decisions are made.
Click to expand...

Last edited: Jan 23, 2017
WillDAQ: To use the technical terms: "the Mustang is to aerodynamics what horse shit is to fine dining" bone said:
i clicked on that link, and the specifications say it weight 1,700 short tons or 1,500 long tons

It's because there is the imperial system, partially still used in Britain and related countries, and the American system which has the same units but with different values. For example a US pint is 16 fluid ounces whereas an imperial pint is 20 fluid ounces. They both have 8 pints to a gallon so consequentially an American gallon is 20% smaller than an imperial gallon although the US fluid ounce is slightly larger so the difference is more like 17% in reality.
Basically metric rules.