I'm still waiting for my restricted Possession and Acquisition Licence, but today it finally showed as being processed in the online system. So hopefully within a few weeks it should be issued.

Meanwhile, tonight was the last class and exam I needed to take, the bill-9 which is unique to the province of Quebec. It was also coupled with the safety class of the gun club I want to join.

And as part of the bill-9 exam, you need to demonstrate safe behavior during a practical shooting test. Load and fire 20 rounds at a target (hitting the target is not important, as long as you're always safe and the firearm is always pointed downrange). 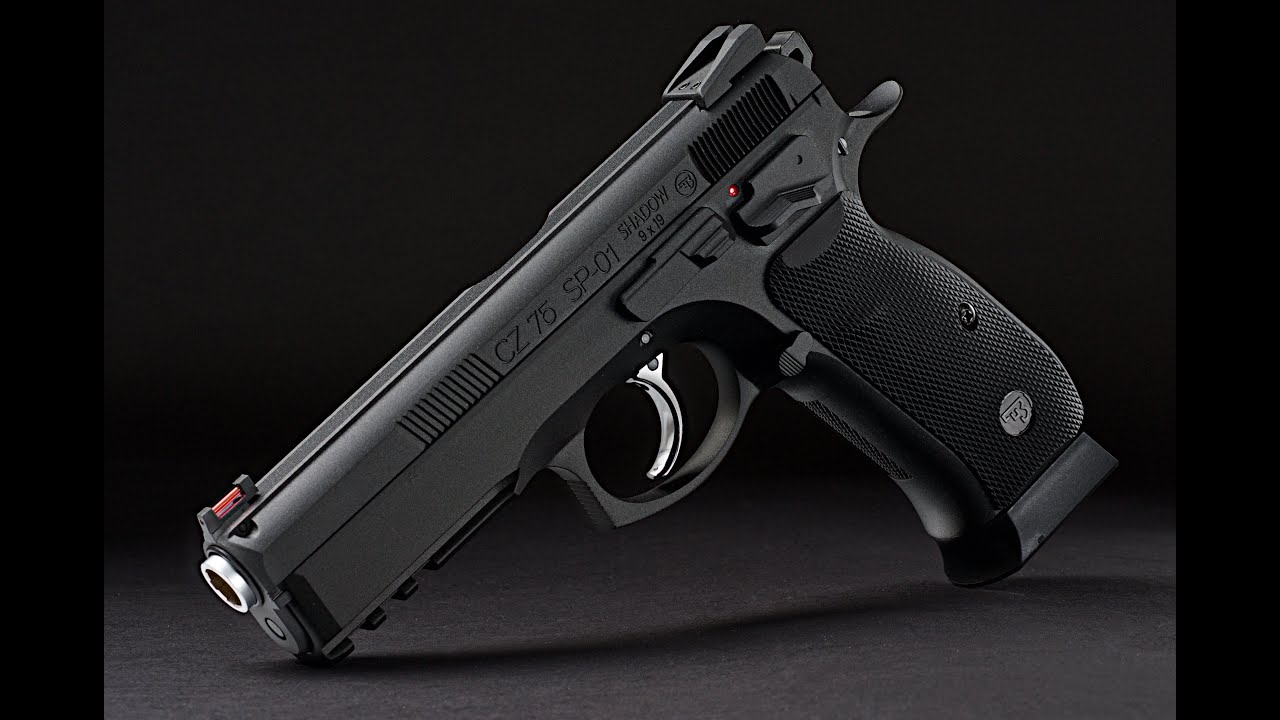 Awesome gun, just confirmed my decision to buy a Shadow 2 as my first handgun

That gun is on my To Purchase list.
No trees were killed in the transmission of this message;
but a stupendous number of photons and electrons were terribly inconvenienced.
​

It was my first experience with a fiber optic front sight, that is incredible. I can't imagine a better "iron" sight setup for target shooting.
- Alright you Primitive Screwheads, listen up! You see this? This... is my BOOMSTICK!

How long is the process in total, start to finish? It's interesting, in MA it's roughly two months, PA took me all of 20min, and VT doesn't even require a license.
"Men with guts attack those corners!" - Keiichi Tsuchiya
2018 Ford Fusion Sport 20-present

It's not over yet, but here is my timeline so far:

Assuming I get my license in the next few weeks, about 3 months.

I could have shaved a week by sending the application by express post instead of regular mail.
- Alright you Primitive Screwheads, listen up! You see this? This... is my BOOMSTICK! I still find it funny that I have a gun made in Canada that is illegal there.
"I wish for an America that matches the marketing materials.” - @HardcoreHistory

I found an ex range rental Sig 1911 (I think it's fairly new, it has a light rail) on GunBroker for 600 bucks, is this a potential deal or should I run like hell?
Where are we going and why are we in a handbasket?

GRtak said:
I still find it funny that I have a gun made in Canada that is illegal there.
Click to expand...

Taurus and Rossi make a lot of guns that I can't legally own.
Moths are just goth butterflies.​

Redliner said:
Taurus and Rossi make a lot of guns that I can't legally own.
Click to expand...

According to /r/guns, you aren't missing out on anything.
Where are we going and why are we in a handbasket?

ScarFace88 said:
According to /r/guns, you aren't missing out on anything.
Click to expand...

Quite a lot of Taurus' stuff is just fine. Rossi... well, not so much.

On the other hand, Imbel of Brazil is still making excellent FALs and that more than makes up for Rossi.

Interesting... I've heard the opposite, that Rossi is fine for a cheap gun but Tauruses blow apart. Either way, wouldn't buy one or the other. Then again, I don't buy S&W either so take my opinion with a grain of salt :lol:
"Men with guts attack those corners!" - Keiichi Tsuchiya
2018 Ford Fusion Sport 20-present

Taurus legally got the plans and tooling to several Beretta designs in 1980 and was good enough to quietly supply parts to Beretta when the latter had a shortage of parts for non-US contracts; they still make the 92FS clones/descendants and many people have noted the finish machining is often better than what the Italians do. The Taurus revolvers are licensed older Smith and Wesson designs or are improvements/descendants of same, which is no bad thing - they got the license in the 80s when Taurus and S&W were owned by the same company. All the license built stuff is fine - some say better than the original manufacturer's ones at times; there is some objective cause to believe them. Just to name one: the Beretta built M9s have had slide cracking issues. The Taurus made PT92s haven't.

They make pretty good 1911 clones, midrange-ish models for low prices. Again, no real problems with those.

The problem with Taurus has been with some of their wholly indigenous designs. Some are pretty good. A couple have actually been recalled for "unwanted high speed self-disassembly," and nine models (again, all indigenous designs) were recalled for some really stupid design flaws after the owners resorted to a class action lawsuit. The latter was not Taurus' finest hour as they ended up having to swallow their pride; they had already redesigned the affected pistols at the time of the final settlement as the G2 versions are not affected. Their biggest issue seems to be not enough testing of their in-house designs (they didn't do a drop safety test on any of the nine class actioned models, ever - if they had, they would have found out that their drop safety system that looked so good on paper would actually make the weapon fire) and some engineering that didn't work in reality as well as it was supposed to. There's generally nothing wrong with their actual materials science, build quality or anything else - just be a bit wary of their all-in-house designs.
Last edited: Aug 4, 2017

I forgot about IMBEL!
For a government-owned company, they supposedly offer good products. :lol:
Most of their line-up is irrelevant to the general population, because 9mm, .45, rifles, etc. are all LEO and military exclusive.
Moths are just goth butterflies.​

Redliner said:
I forgot about IMBEL!
For a government-owned company, they supposedly offer good products. :lol:
Most of their line-up is irrelevant to the general population, because 9mm, .45, rifles, etc. are all LEO and military exclusive.
Click to expand...

Put it to you this way - we have a couple of US makers of FAL receivers, but even to this day, most people wanting to build a FAL from a parts kit will try to get an Imbel receiver to build on.

Also, the very well thought of Springfield Armory line of 1911s until extremely recently used frames made under contract by Imbel. Many of the older SA 1911s were completely made in Brazil by Imbel and then imported. Later ones had the forgings made by Imbel and the machining was done up here.

Some of us are waiting to see if Imbel finds a new partner and starts bringing us civilianized versions of your new IA-2 rifles. The 7.62 NATO version in particular, because it's a heavily modified and modernized FAL descendant. It takes FAL mags, has the FAL's tilt-bolt action and is apparently even more tolerant of sand and crud in the action without losing accuracy or reliability. (Aside: Many people find it pretty damn funny that a number of countries, including Brazil, are realizing that the rifles they got to "replace" the FAL aren't really doing that good a job at actually filling the FAL's role. The Irish have been putting theirs back into service; at least you Brazilians kept many of yours in service so you're not having to scramble for a replacement for the replacement. The IA-2 is reportedly the result of realizing that neither the M-16 type in 5.56 or the MD-97/FAL-in-5.56 is working for you guys and neither is as capable as the FAL, so your arms factory designed their own counterparts to the SCAR-L/SCAR-H siblings. The IA-2 in 5.56 is from the reports I've read a sort of FN-CAL development with a rotating bolt where the IA-2 in 7.62 is the FAL descendant.)

Besides, Imbel has to make up for your Boito shotguns. Side by sides and over-unders that have ovoid bores and 'erectile dysfunction' when fired - no thanks.
Last edited: Aug 4, 2017

Reminds me a bit of how car companies engineer cars to pass crash tests, but when a new test is introduced, many cars fail it.

I know all handguns have to pass a drop test to be sold in MA, so this isn't that new or a test. In any event, that's sketchy as hell.
"Men with guts attack those corners!" - Keiichi Tsuchiya
2018 Ford Fusion Sport 20-present

It all started because someone read an old user manual of the P320, and interpreted it as saying it was not drop safe.

Edit: I'm at work, I haven't checked the video of the post following yours yet.

Edit 2: Just listened to it, so there is indeed an issue. Good to know, I stand corrected.
Last edited: Aug 8, 2017
- Alright you Primitive Screwheads, listen up! You see this? This... is my BOOMSTICK!
You must log in or register to reply here.
Share:
Facebook Twitter Reddit WhatsApp Email Share Link
Top