Damn, I had no idea Bell was in Santa Cruz (Scott's Valley) and I've lived in this town for 6 years...lol

Are they actually made in the USA?

Nah, I don't think so - probably made in China.

Some of the vents feel pretty cheap (not sure if they're supposed to be lightweight or not), but apparently, they've replaced one of the local racer's entire helmet because one of the vents cracked. Warranty FTW!

I'd still like to try an Arai one day, but I'm sad that AGVs and Shoeis don't fit me well anymore.

Looks like I'm going to Denver for work in June, so if I buy it then, I'll be able to bring it back taxe and duty free

I don't know if I can buy locally for a similar price to online pricing, I would like to try the helmet instead of blindly ordering one online.

What a fantatic helmet. Great visibility and the wind-protection of a full-face, although again it isn't a true full-face which is my one problem with it. I'm a skilled, alert and defensive rider but you never know what will happen on the road. Shark seems to be remedying that situation though, as they will soon be releasing the Shark Vancore - which has the styling I love about the Raw with true full-face helmet protection. I really like it, it's definitely my idea of a "Streetfighter" helmet, looks like a cross between a streetbike and motocross helmet.

That will get me the full-face protection I really need to have on the fast Speed Triple. When I eventually pick up a Vancore, I'm planning to simply take the plastic face-plate off the Raw (It's kind of a modular helmet so you can use it open-face, with goggles or with goggles / faceplate), run just the goggles and it will be my helmet for running around town on my Honda CT70.

An example of how it looks with goggles-only, as I don't want to take the faceplate off my Raw until I have my Vancore. The faceplate is better left "permanent" as it's a real PITA to install.

Damn, that is one good looking helmet! So glad they're coming out with a full face!!

I ride a Shoei RF-1100. Bright metallic silver. I love the way it fits my head. So comfortable and great visibility.

So I wanted both the Bell Star Carbon helmet (for the carbon fiber look, and the photochromatic visor), and a Shark Vancore (for the street-fighter/supermoto look and better ventilation at low speed), and had trouble making up my mind.

Lucky for me, Shark came up with the Explore-R, so I just ordered one. Hope to have it next week 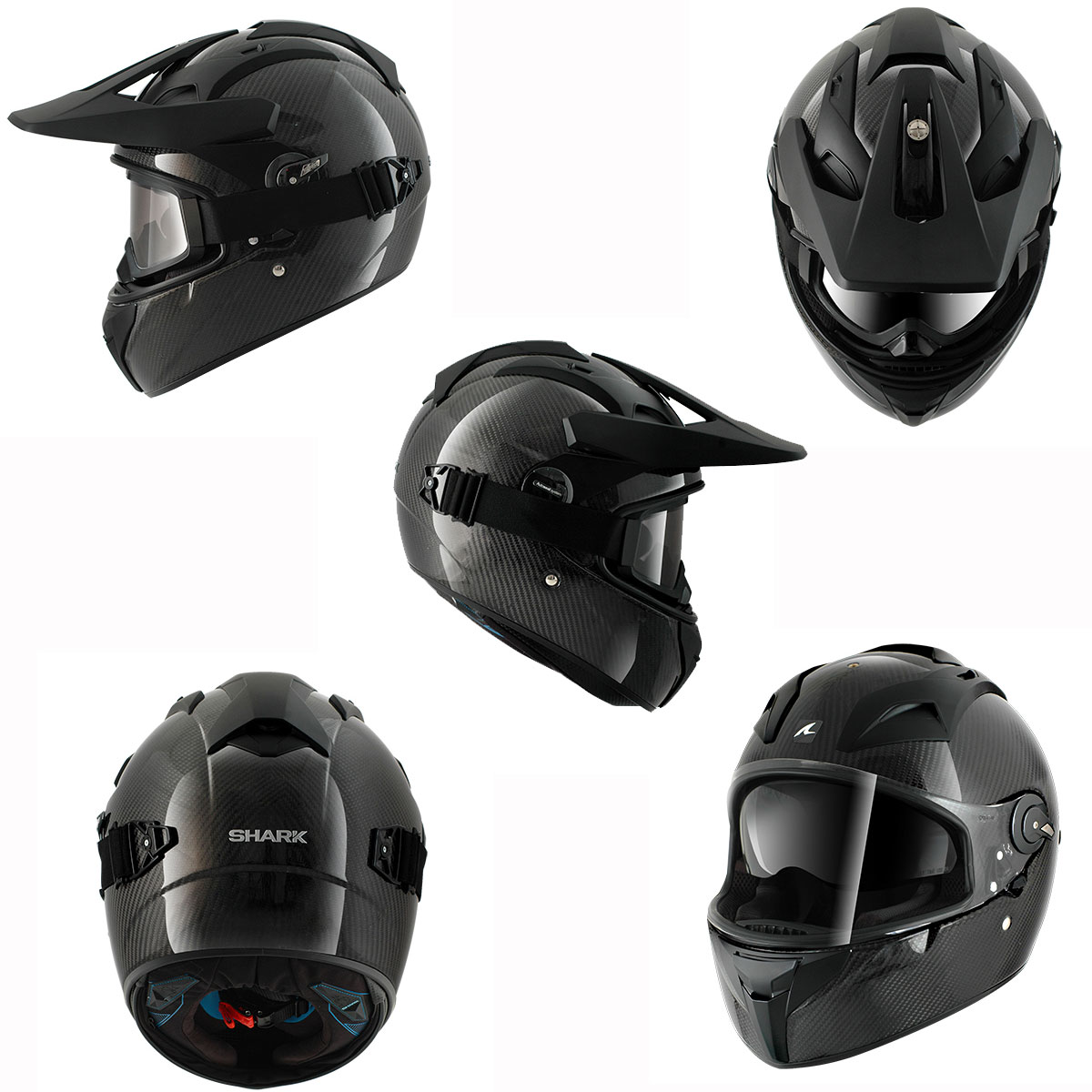 Damn, that's a nice looking helmet. Can't wait to what you think when it arrives.

Just managed to have it shipped to the wrong hotel

Called afterward to fix my mistake, I hope everything is fine and I get it on time.

As well as other riding gear, I bought a new helmet. So far I've only had the helmet I bought when I had my first moped, 16 years ago..

At first I was looking at more aggressively styled fighter type helmets, mainly Bandit Alien 2. My riding is very occasional though, as I only have the 125cc bike I've had since I was 16, and haven't used it in 10 years anyway. So as I need the helmet mostly for track days with a car I thought modular helmet would be the best bet.

Style-wise I would've loved to get a Roof V8 boxer helmet, but I didn't feel like paying that much with my very occasional use. One major limitation was local availability, as I wouldn't want to buy a helmet without a test fit. Luckily, nearby-ish place was clearing their shelves of old models and they had one Nolan N43E left. It fit great, so that was that, even if I would've wanted a mat black one. But for half price I can live with the "wrong" color. Bought a silver face shield as well, to perfect the look.

Installed the shield, a Contour mount and headset for mah Baofeng as soon as I got home. Here's how it looks with and without the chin guard. And while it's far from lightest of helmets, it's certainly much lighter than the cheap ass Grex I had before. And visibility is just as great as one might expect.

Side profile as well

(cross posted from the PaPoY thread) 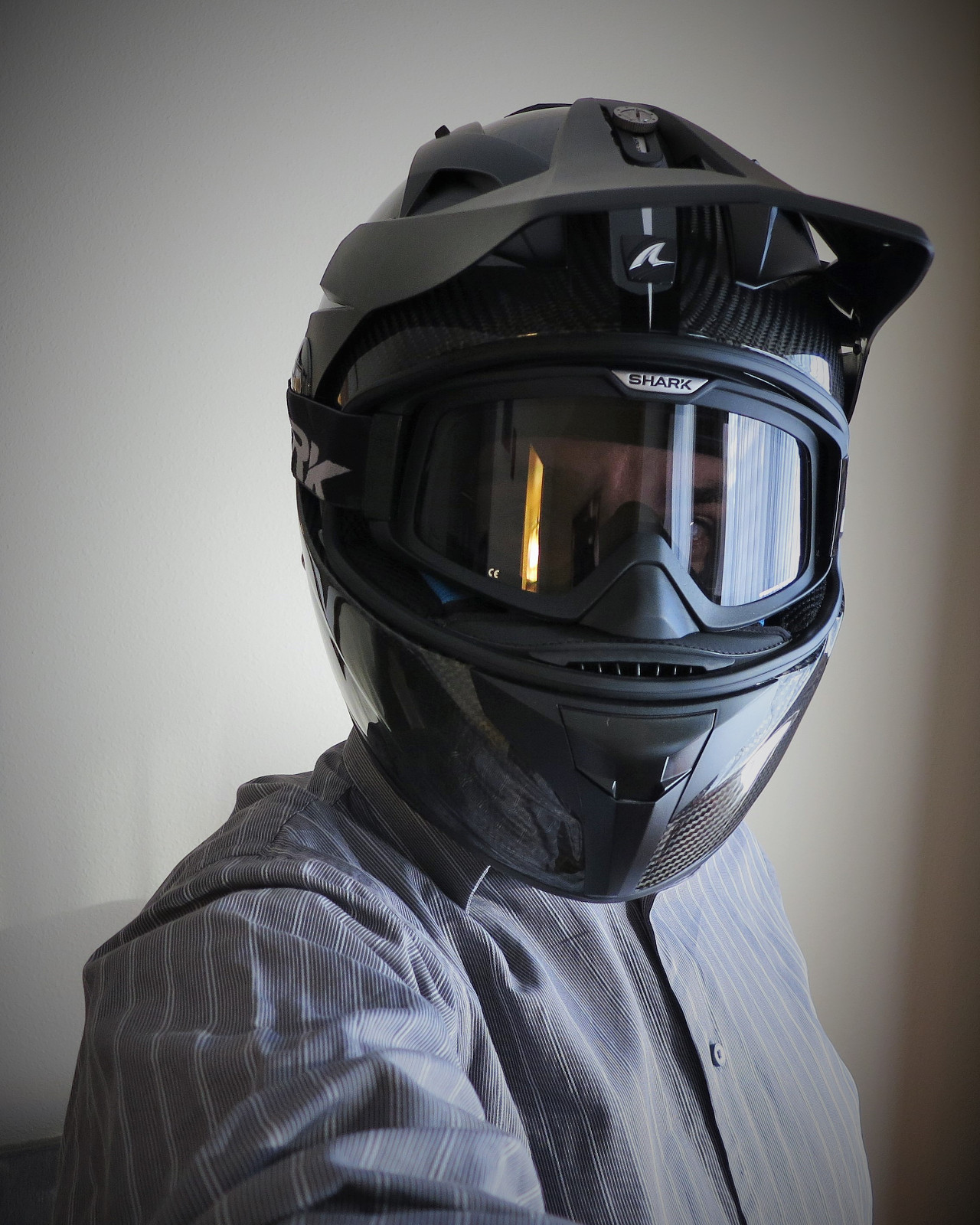 Cellos88GT said:
Motorcycle helmets are terrible track day helmets and are counter-protective in most cases. Most sanctioning bodies won't let you use motorcycle helmets.
Click to expand...

Hmm, interesting. I'm not sure if I can tell the difference, but I'm say most people who track their daily drivers here use just any helmet that's laying around, which usually is for motorcycling. I've never had any problems getting to the track with the helmet I had anyway. And now that you mention it I do remember one of my friends having a more suitable looking one, but then again he has a track car as well, so I'm guessing his gear is race series specification.
Last edited: Jun 13, 2014

(cross posted from the PaPoY thread)

Well, I just got a new helmet. Picked up an Icon Airmada.

HIGHLY recommended for anyone who, like me has a long oval head shape but doesn't want to drop the coin for an Arai/Shoei.

How is the weight and noise level? My Shoei was a very quiet helmet to wear and reasonably light.

It's definitely lighter then my Bell Vortex, and a good deal quieter. It is considerably harder to put on and take off. It's alot smaller then any other helmet I've owned, which is nice since I no longer look like a lollipop.

Hi all,
What u think about THH brand?
thanks

lex669 said:
Hi all,
What u think about THH brand?
thanks
Click to expand...

I think they're cheap. I wonder how they can make a helmet that complies with standards and sell it for AUD$80 - but if you have an $80 head then go for it!