Well, about the Czech presidential car, I found these articles in Czech, the latest of which is from June 2017 when he acquired a brand-new Škoda Superb Laurin & Klement. This Equus could be a back-up car or something, or driven by some other politician, but it was parked in front of the presidential palace, so it could as well be Miloš Zeman's car, even if a back-up or something. I don't think it's a diplomatic car as it doesn't have diplomatic licence plates.

Any luck with the smoker smell @loose_unit ?

Probably what the president gets driven in, as it was parked in front of the presidential palace.
Click to expand...

That is awesome! Thanks for the pic!

93Flareside said:
Any luck with the smoker smell @loose_unit ?
Click to expand...

Yeah, it's barely there any more - Sometimes you can smell it if it sits directly in the sunlight, but once the air con starts it clears up super quickly.

Took the Pferdchen on a roadtrip to Leipzig, Berlin and then home - I didn't get many pictures, but it performed flawlessly! 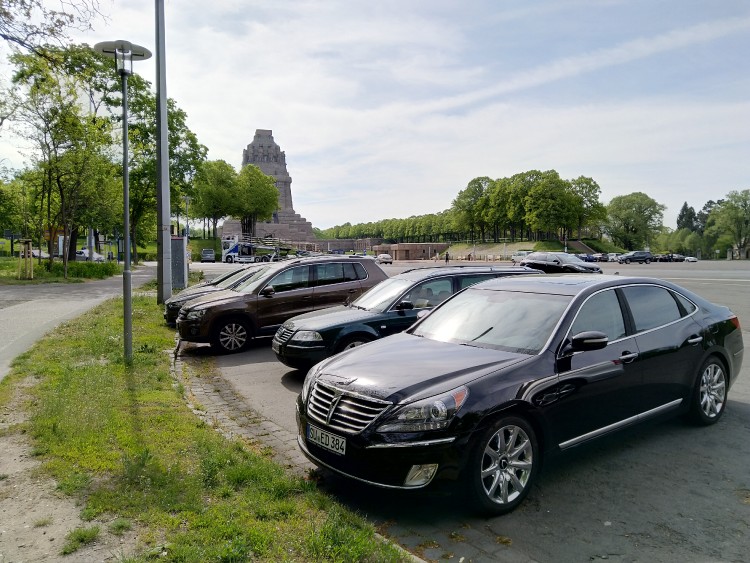 On the way home from Berlin I got some relaxing in the back seat: 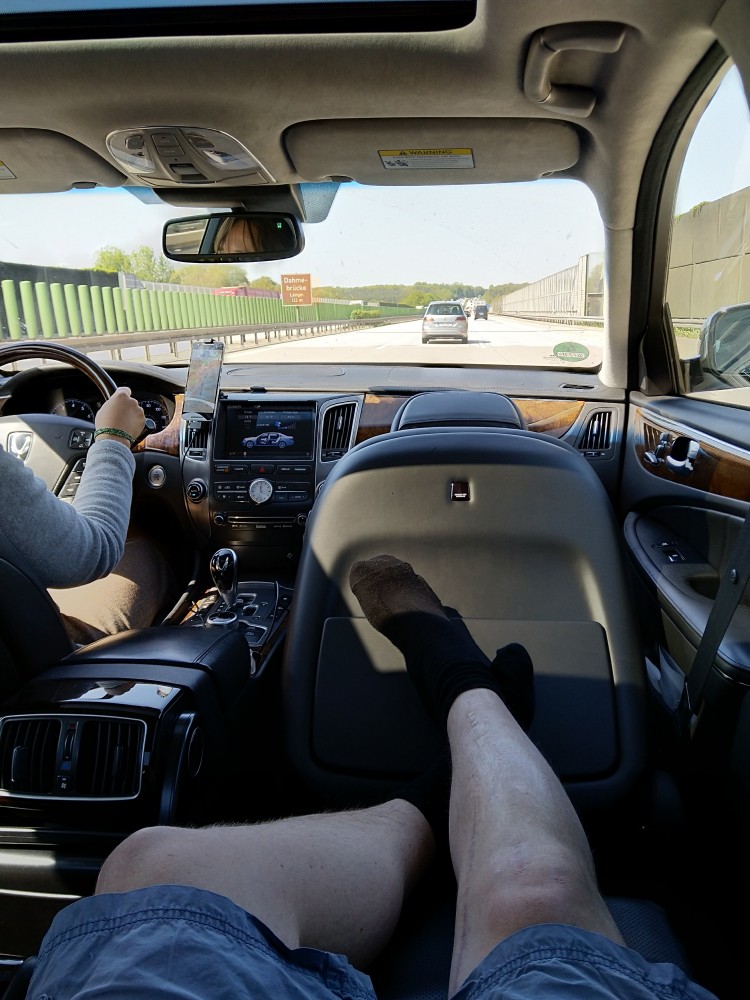 The car has a vibration which I would like to get fixed but I need to diagnose first - And before the planned 4500km roadtrip this month I need to get an oil change done. Once it is back and I find the budget I will get a gearbox service too.

Oil change done today - the engine is far smoother ... I dread to think what kind of tar was in there...

But all ready for the 4500km roadtrip next week! - Later this year I will take the car to ZF to get the automatic gearbox totally serviced.

The car had an oil change at 85,710 miles a few weeks ago. Since then it has been on to Gibraltar and back:

Setting off with @Terrex at 05:30 to head to collect @Adamar at Adu's place followed by @Adrian at Paris Airport: 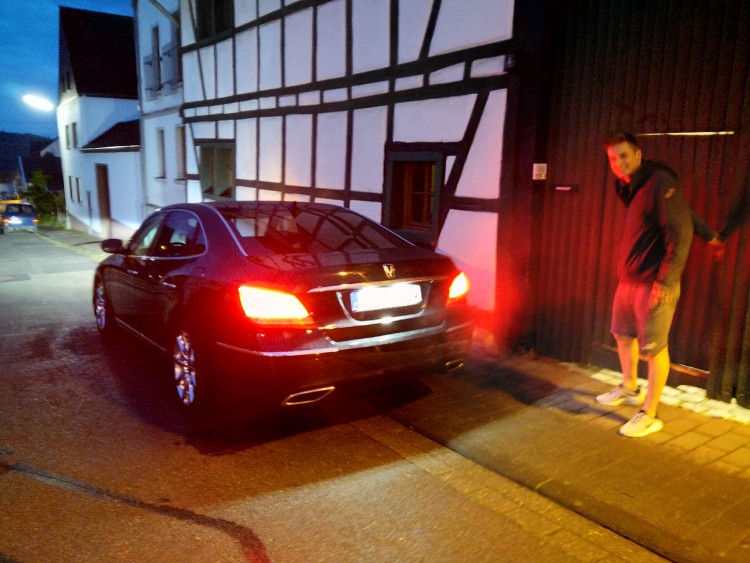 Later that day, driving on the Le Mans track... Legit! 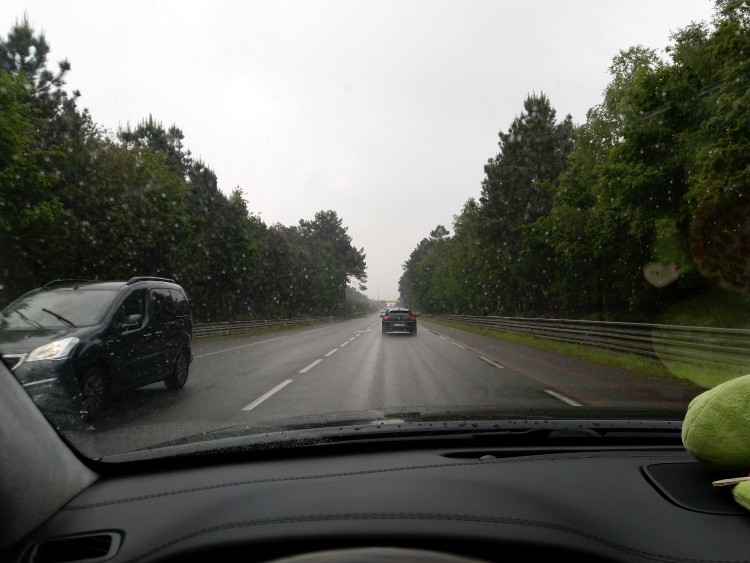 @Adrian has a go: 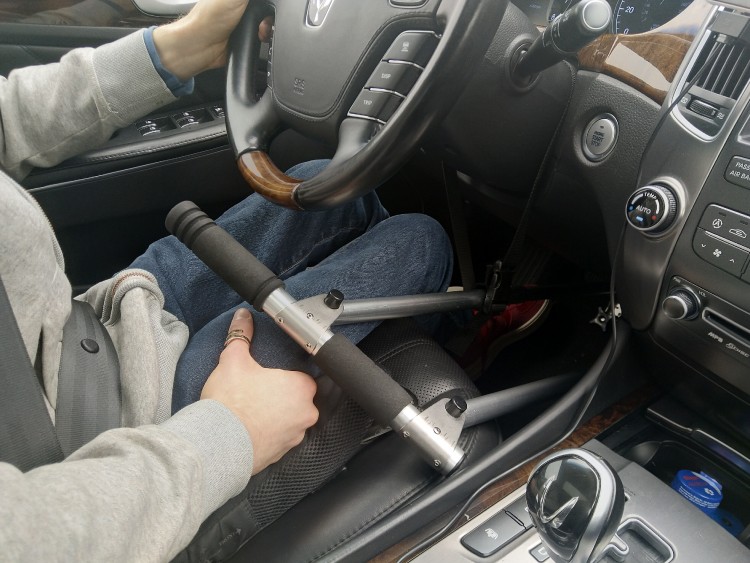 After a stop for a night in Bordeaux we made it to our abode for the next days! 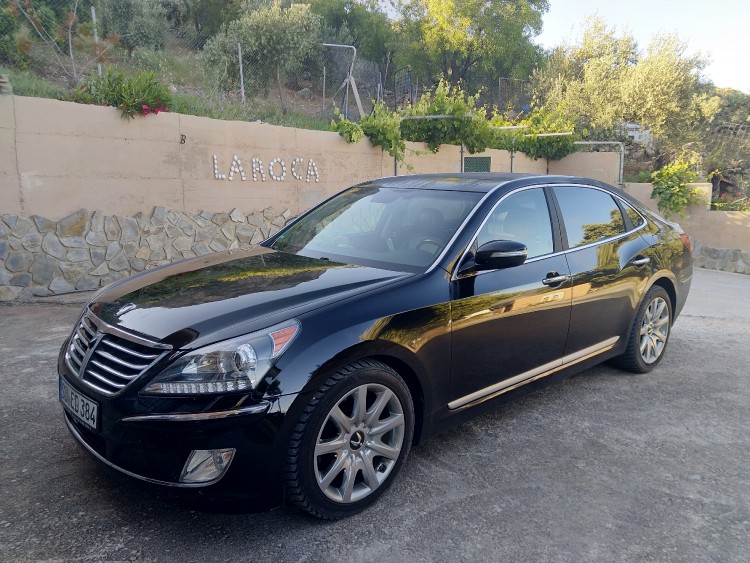 We proved that the Pferdchen can do hill climbing and off roading with the suspension raised by driving up to this look out point: 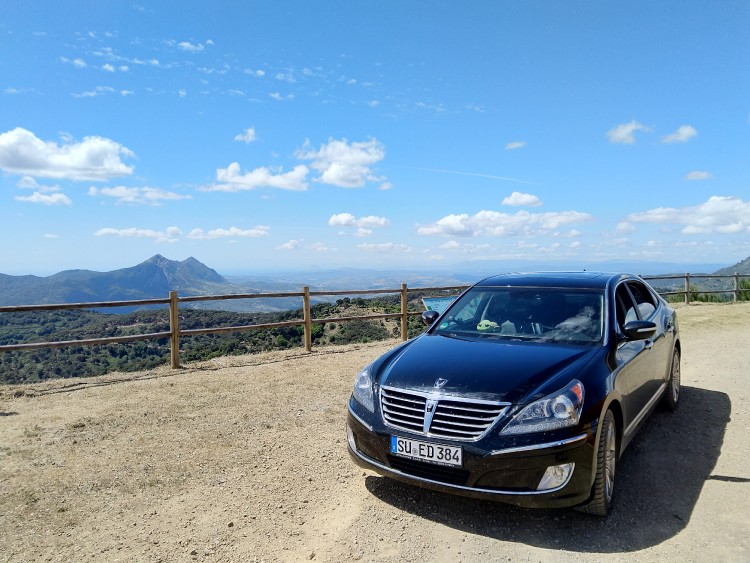 It's good at holding beer: 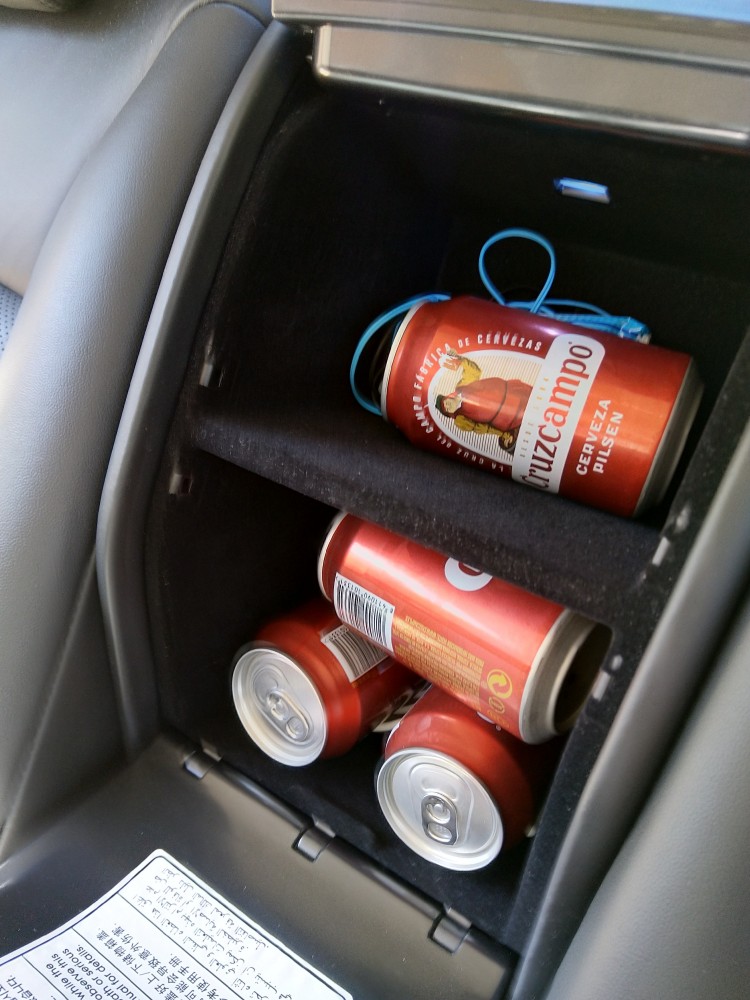 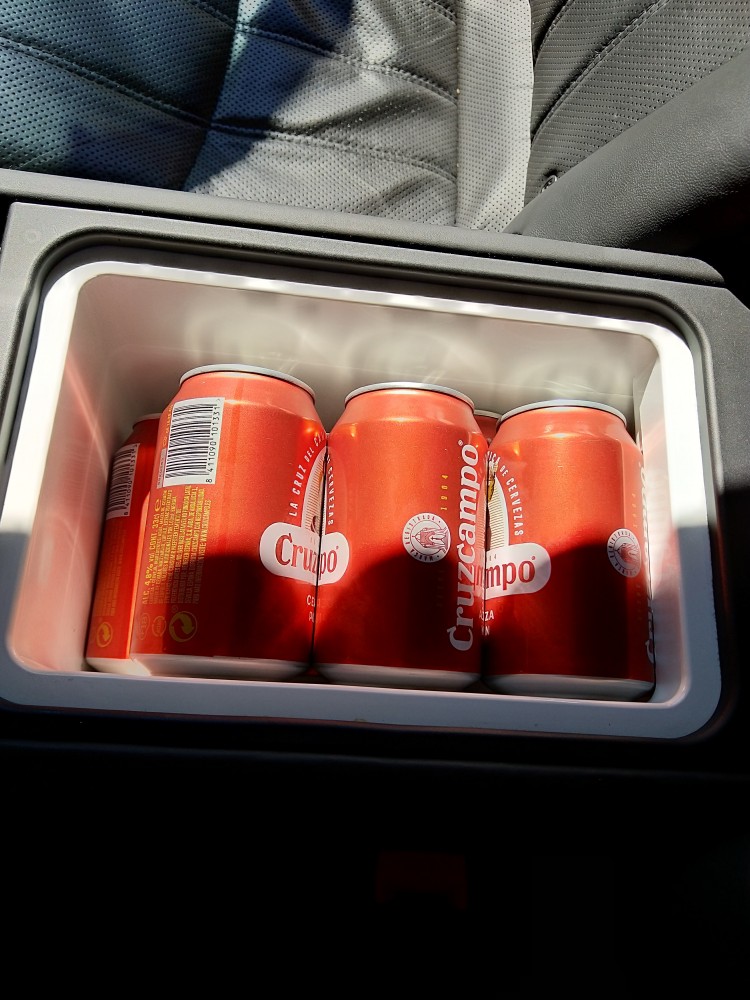 A quick stop at the entrance to Ascari ... Sadly no chance of getting anywhere to get a better picture, it was a private event that day: 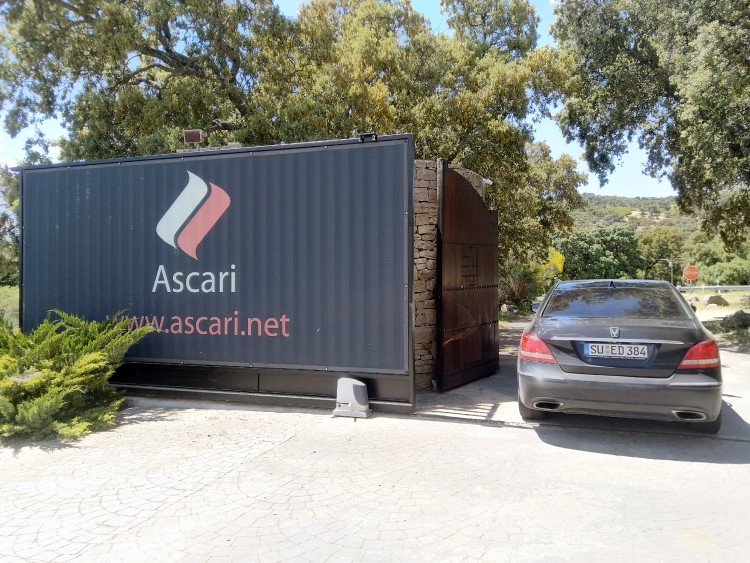 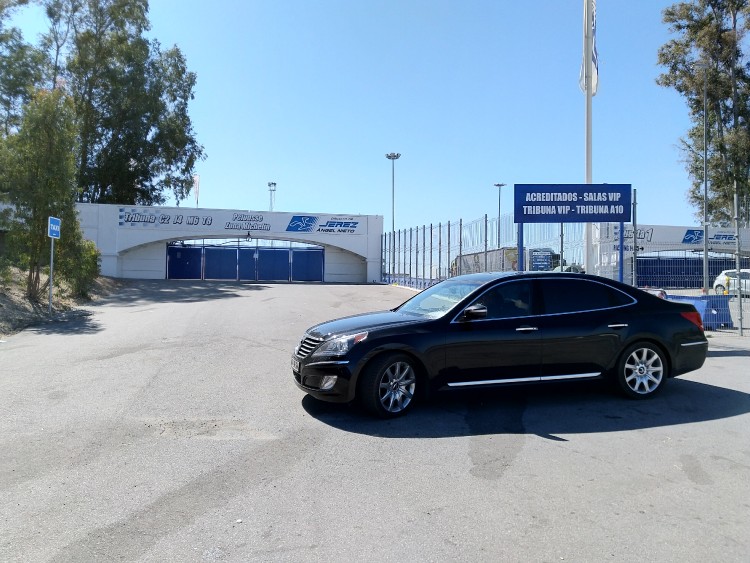 This was the only picture I got on Gibraltar of the car it seems: 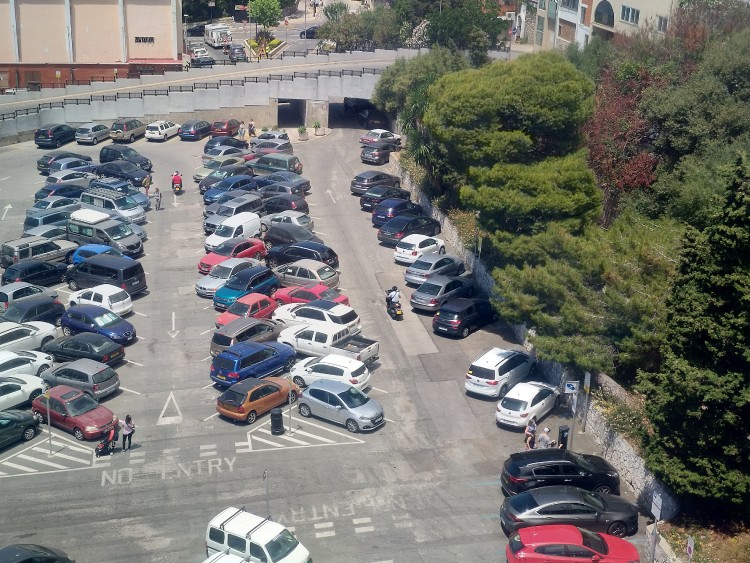 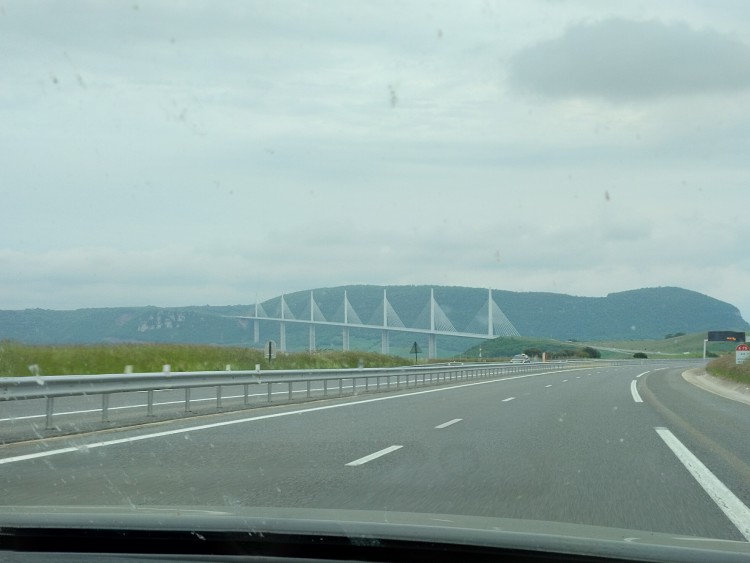 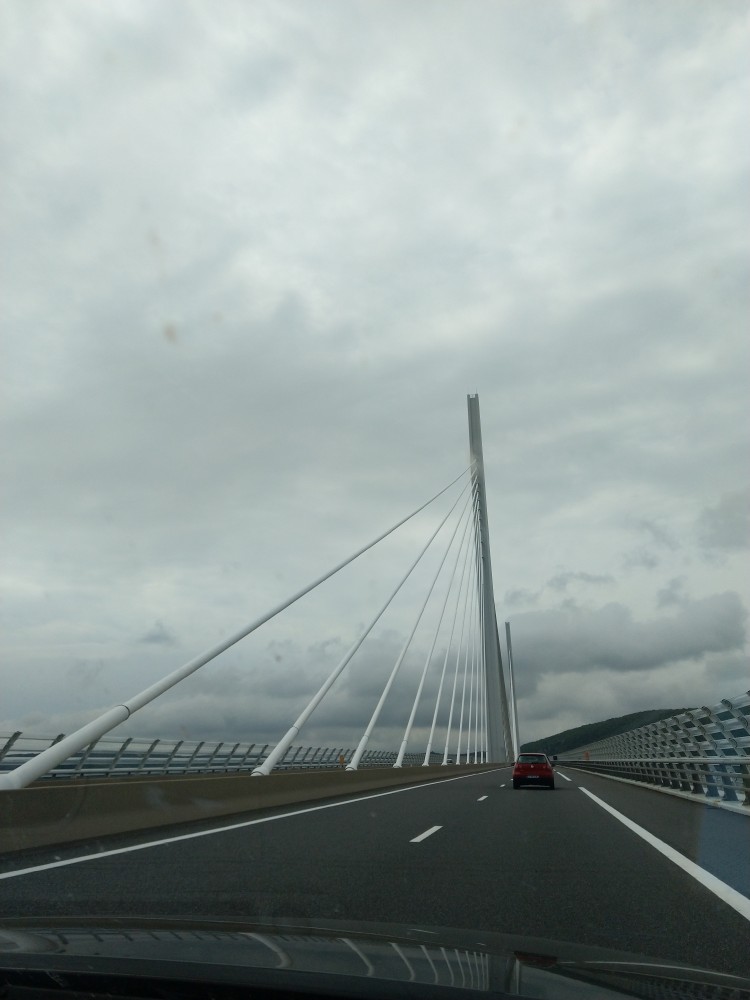 I have been here with Luigi before too, the Gorges du Tarn in Southern France: 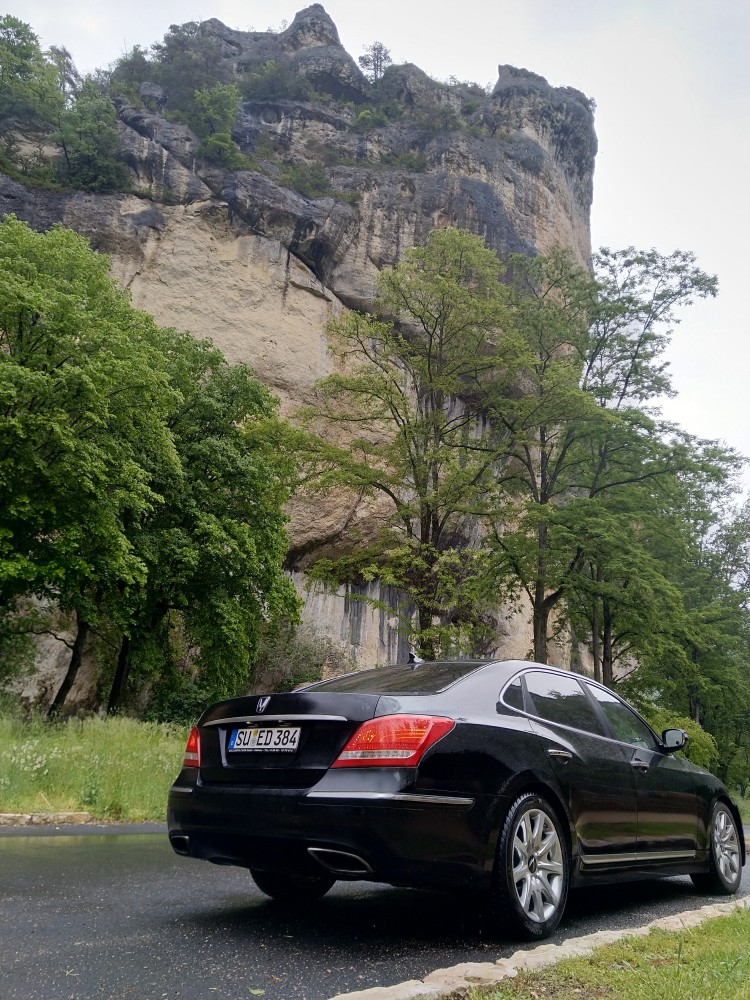 A nice milestone hit on this trip: 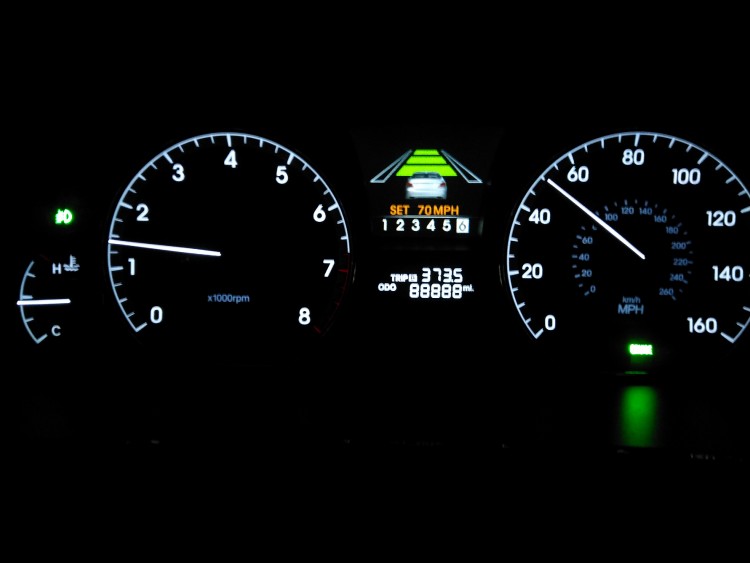 And this was just the other day on a quick weekend away: 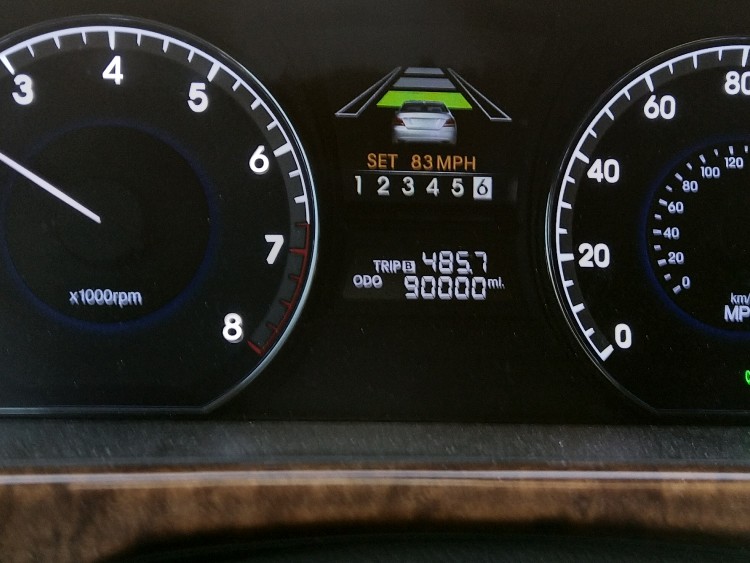 And here are some stats for 'yall... I have done around 300 additional miles since this screenshot was taken, but it gives you a good idea about the running costs: 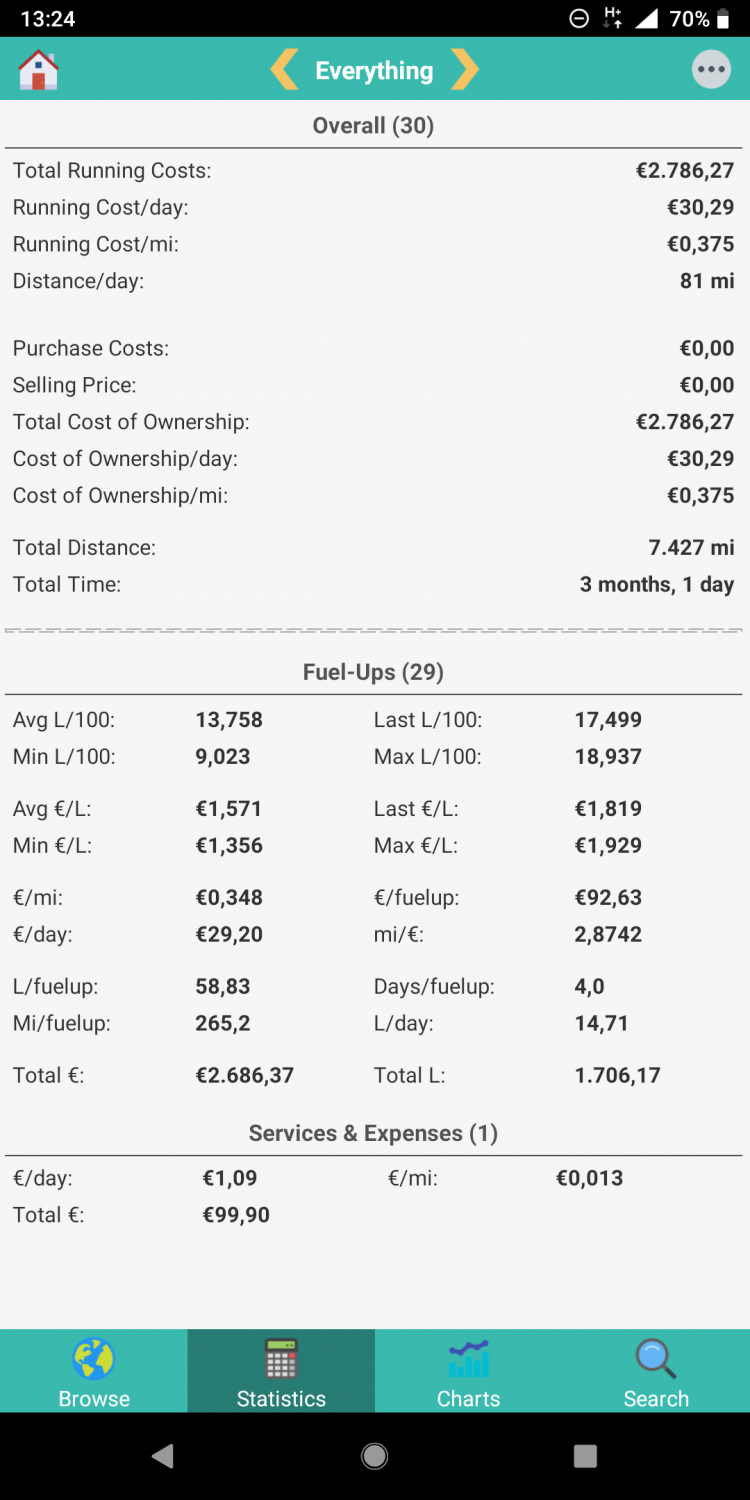 I really have become rather fond of this awesome car!

I really have become rather fond of this awesome car!
Click to expand...

I think I need a locking diff and a line locker

That sounded like tires dying in agony.
Moths are just goth butterflies.​

Exactly how tires should die!

I got to have a small go in this as well. Straight away I was surprised by the weight of steering and brakes. In a good way, as I was expecting over assisted everything, being American market product and all.

Apart from the initial jolt from the gearbox when setting off, unless you set off at its terms, it is very easy to get used to and unassuming to drive. Like you'd expect from a luxobarge. Apart from when you stop and someone comes to ask what it is, every time.. Throwing it into some corners was interesting, as everything had their own relaxed take on the matter. All season tyres, weight and size of the thing and wide seats for little old me. Everything gives a bit, so I feel like I'm being thrown sideways, while being far from grip limits I suspect. Would take a bit more time to trust it feel, as the steering isn't the most communicative either, while being surprisingly good still. Pretty much the only Hyundai I've driven before has been a 5th gen Sonata (2005-2009) and not too surprisingly these are nothing alike. Which I'm glad of, since the Sonata had the most numb steering I've ever experienced.

I also found the sound system rather interesting. At times it sounded like some of the speakers are in the next room or something. But I do like how the system makes the sound feel like the space around you is larger than it is.
Oversteer scares passengers, understeer scares the driver.

So, while on holiday Adrian noticed that when in AUX mode it was saying "No Video Signal" ... He suggested I try one of these cables: 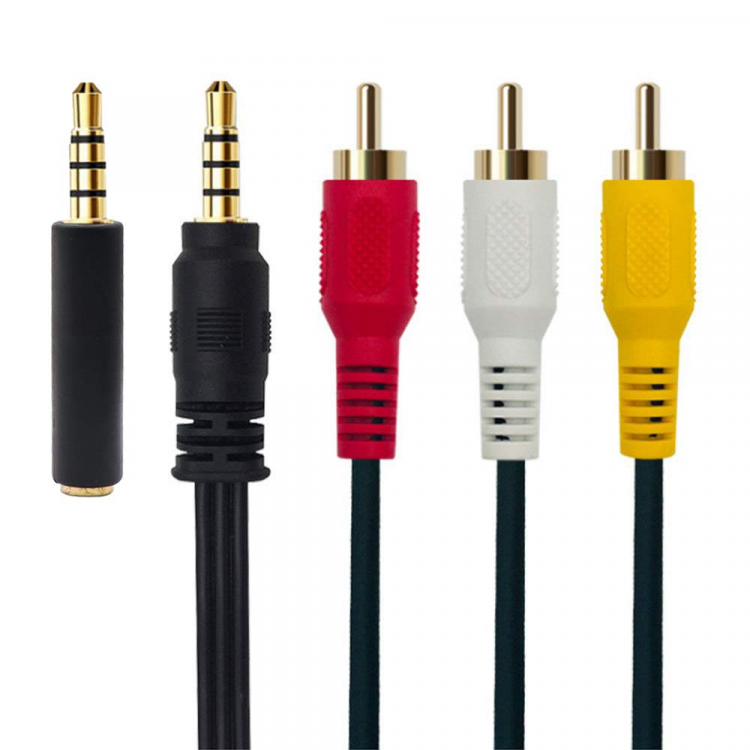 So, I bought one, and I also bought an RCA to HDMI adapter... This was the result:


So now I need to decide how to cable up a Chromecast and a WiFi AP ...

So, I have passed 15,000km since buying the car. I just ordered new pads and rotors for all 4 corners ... They were reasonably priced, but the shipping and import duties from the U.S. were pretty horrendous -_- in any case, they are slotted and drilled for all that extra needed braking performance ...

I am still really happy with the car, I actually don't have any desire to sell it, I can see me driving this many tens of thousands or hundreds of thousands of kms. A small EV will probably join the fleet next which means all daily driving will go full electric so this would be used for long distance trips ... Exactly where it shines! It's just so comfortable!

Anyway, brakes should arrive before Ringmeet which is important.

The only other issue is a vibration at 70 to 75 mph which is annoying ... I will have the wheels balanced and an alignment done next time the car is in the shop, which will be when it get's it's next oil change in 1500km or so.

Here are some stats: 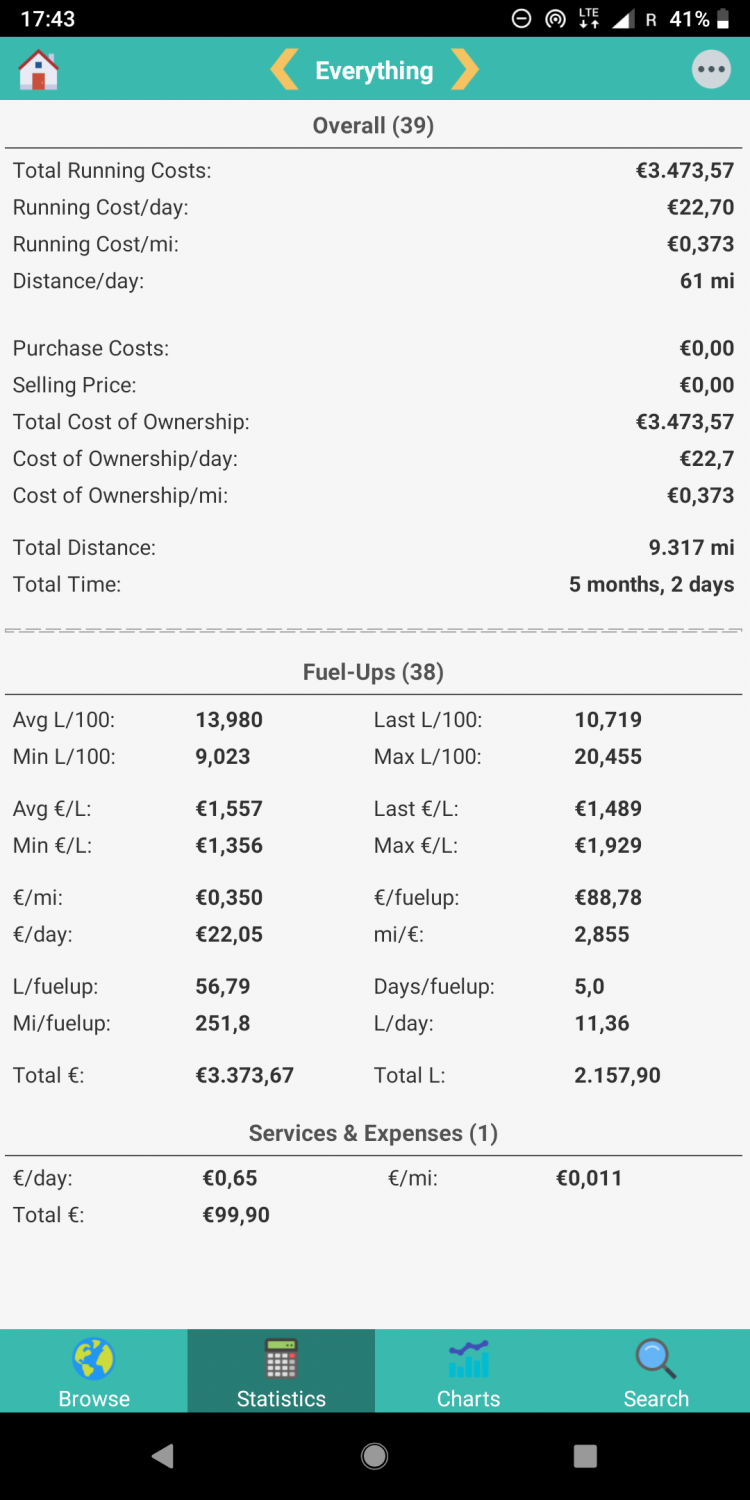 You really need to update your signature picture.
Moths are just goth butterflies.​

Redliner said:
You really need to update your signature picture.
Click to expand...

All of the cars in the pic are still with me ... I just added one