Does this count as a toy? :lol:

I hate domestic chores and I figured window cleaning would be a bit less of a pain if I got something technological to help me do it. And I was right. It works better than I expected. Steam? I like that cloth pad thing. My steam cleaner only has a squeegee and a couple of different nozzles.

No, it's not a steam cleaner. It's just a squeegee with suction basically. Spray and scrub with the pad and squeegee it dry. No streaks and no mess on the windowsill. The dirty water goes into the translucent tank on the machine. In my case, filthy black water. :lol:
Last edited: Mar 19, 2017

Oh, that sounds kind of cool. 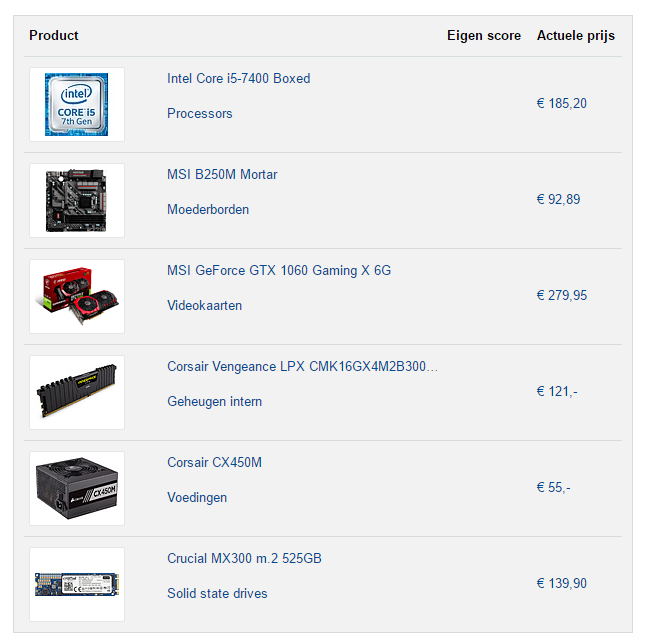 I would have gone with Asus or Gigabyte instead of MSI. They've been known to cheap out on some of the components like capacitors.
Last edited: Mar 19, 2017

Funny. All reviews I've read on B250 motherboards said the exact opposite of the components on ASUS and Gigabyte vs MSI.

I think it was mostly graphics cards, the VRM modules, to be precise.

I tend to stay away from Asus just because of the customer service reputation. Their products are quite good, but in the ever-present possibility that you get a faulty unit, it seems you're on your own.

Nemesis has an Asus Z97-A that's been performing flawlessly.

gaasc said:
I tend to stay away from Asus just because of the customer service reputation. The internet is filled of rather shady stories about Asus customer support.
Click to expand...

I've heard mixed things about their customer service. Have heard some horror stories, but also some good ones. Not sure if it varies by region or not.

I have yet to interact with them as all the ASUS products I've bought have worked flawlessly. List includes:

The ASUS GTX 1070 I bought in November has also been working perfectly, though it is fairly new...

Asus Z97-Pro Gamer in this machine, it's been flawless but as it wasn't faulty on arrival that's not surprising. My third Asus board, never had to contact their support.
J

gaasc said:
I tend to stay away from Asus just because of the customer service reputation. Their products are quite good, but in the ever-present possibility that you get a faulty unit, it seems you're on your own.
Click to expand...

EU consumer protection laws shield you from that crap.

Yup, besides, if stuff breaks, I contact the seller, not the manufaturer, because over here, warranty is something between seller and customer.

If you buy your stuff from a reputable seller who values their customer, it should be no problem to replace a faulty board. When I lived in Norway I bought nearly everything from Komplett. They replaced stuff without questions if you RMA'd it due to DOA or failure a year or two after buying. After we bought a house last month, I have been spending I a bit more than I'm comfortable with to random thing ranging from carpets to tumble dryers. One thing I have been specifically eager to buy is a gaming capable computer though. My wife's Dell XPS AIO just doesn't cut it for games with its laptop GPU, and now we finally have room for another computer.

Few days ago I saw a gaming computer with GTX 1070 for 1030 euros, which I thought was really good price. However after some pondering I decided that too many corners had been cut in other parts of that system, namely 1 generation old i5-6400, only 8 GB ram and some cheap quality parts. So I decided to go via the custom build route with the same budget.

Userbenchmark.com tells me I should be looking about 694% increase in GPU speed compared to the 640M. Maybe I can finally play My Summer Car. :lol:

I still need to buy a new display. I have been looking at Lenovo P27q-10, but as it seems to be a new model, there are not any reviews around, and I need to see some of them before committing myself. My almost 10 year old 24" BenQ will have to do for time being.
Last edited: Mar 22, 2017

This could be an option

Thanks for suggestions. That Asus is a bit over my budget though. That Lenovo costs only 320? currently. My budget for monitor is about 400 max.

If I used the PC solely for gaming, I would probably get 27" 1080p TN display. But after using my wifes QHD Dell for years I have became too used to that size and resolution and would not like to change to worse for all the desktop use I have. Also I need somewhat accurate colors for photo processing so I have been looking at IPS panels.
Last edited: Mar 22, 2017
You must log in or register to reply here.
Share:
Facebook Twitter Reddit WhatsApp Email Share Link
Top