CraigB said:
Hadn't heard of it, but I'll keep an eye out.
Click to expand...

93Flareside said:
Going to try and go to Galco's Old World Grocery while in LA. Anybody been there? I've heard they got some not so well known brands of soda.
Click to expand...

Yeah, I'm wondering how to UPS soda back home.

Or.... wrap bottles in your socks/shirts/pants etc and put them in your suitcase. Then check the bag instead of carrying it on. The $25 checked bag fee will likely be cheaper than shipping.

Yeah, I just don't want soda soaked luggage. I've taken ham from Miami to Chicago but that's sort of spongey and not carbonated so I wasn't worried about it breaking.

Depends on how many bottles you're planning on bringing home. I've checked 2 bottles of wine before in a standard carryon. Both were in sleeves of a thick sweater and rolled into a 2nd sweater and placed in the middle of the bag. Made it just fine. Probably would've put anymore in there. Probably the easiest thing to do is to find one of those shipping services and see what they can do. This one is fairly close to the store http://postalpacknship.com/. Or another options is to see if they will ship what you buy in store - since you can buy directly from them online. 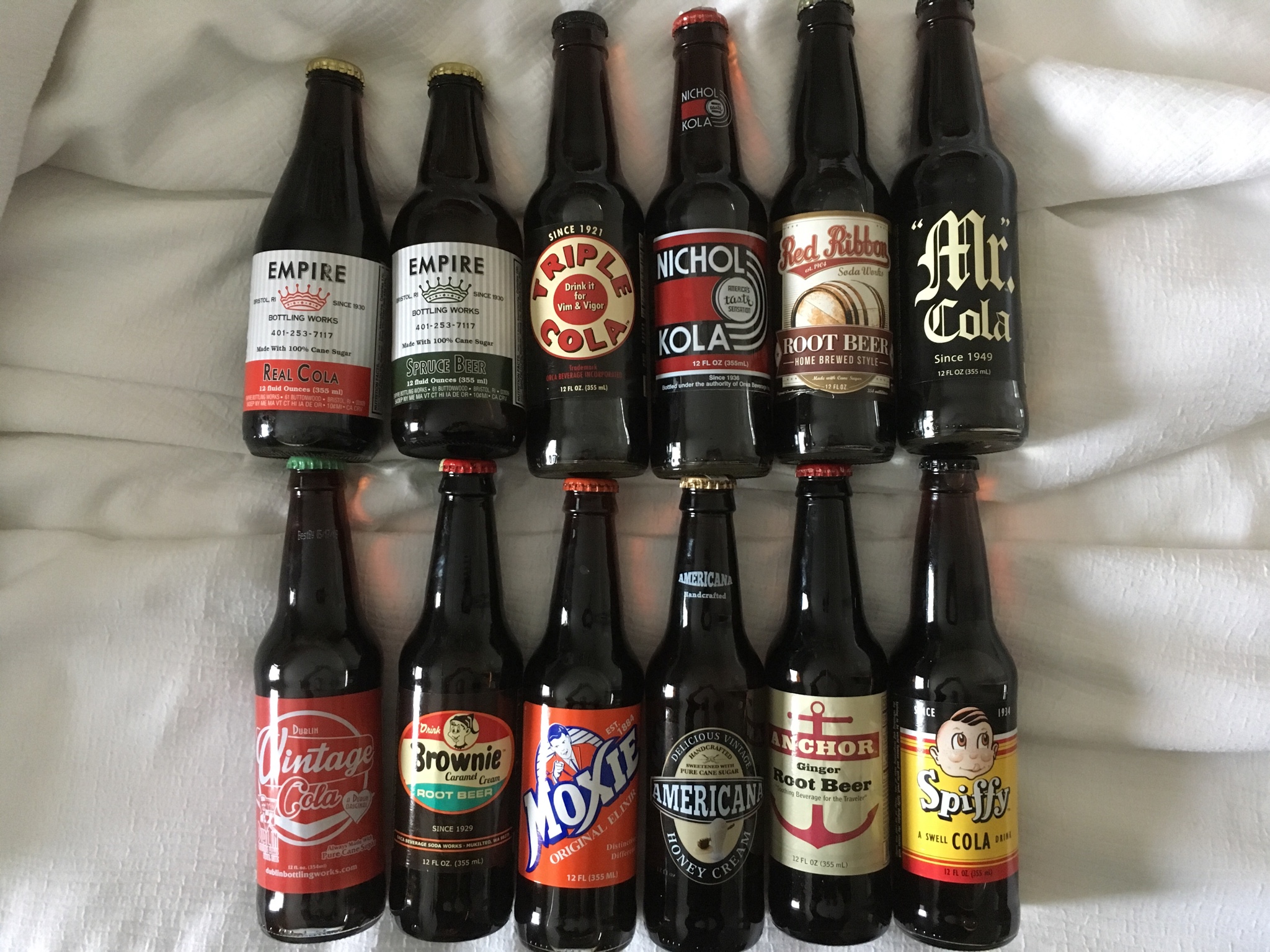 This hotel I'm at may or may not be missing a few towels after tomorrow.

Of all those, I've only tried Moxie..... I REALLY did not like that.

The owner did say everybody gets a different flavor out of it.

He said to give a group of people a shot glass of the stuff and see what flavor everybody thinks it is.
Last edited: May 24, 2017

It bugs me how many colas and root beers just list "natural flavors" as the only flavoring ingredient in their sodas besides cane sugar and caffeine. Where's the kola nut extract? In root beer, where's the honey/molasses and vanilla?

I tried Pepsi Fire again (backstory - i had bought 5 bottles as soon as it came out and quickly tired of it) for the first time in about 2 months?

It's different. It's not what I expect but it's drinkable.

It's not something I'd get regularly. This is definitely a "once in a while" soda for me.

I MUCH preferred the holiday slice one from a few years ago. I think a party of it is that i don't associate cinnamon with summer.

I had some cinnamon ice cream the other day from a shop in Ca?on City, CO. That might change your mind. It wasn't spicy at all, just a low key cinnamon like a cereal, mixed with vanilla ice cream.

Coca Cola has to have the dumbest management team in the industry.
Last year, in the U.S., Diet Coke sales dropped 1.9%. Coke Zero sales INCREASED 3.5%.
This, in a market that's generally falling down the proverbial elevator shaft.
So, what has Coca Cola done? They kept Diet Coke and s*it-canned Coke Zero, replacing it with a 'reformulated' drink called Coke Zero Sugar - a name which makes NO sense, since Coke Zero has NEVER contained sugar. The new product is supposed to taste more like the original Coca Cola. Those of us of a certain age remember when they tried this same ploy with "New Coke" (which insiders said was supposed to taste more like Pepsi...). That fell flat on its face and Coca Cola had to quickly re-market Coke Classic. Granted, Coke Zero Sugar has done well in other countries, but we also haven't seen hard numbers about how the two products were marketed or any comparative data about research on local tastes.

In a world run by fast-track, inexperienced marketing whizzes and MBAs (oh wait, I is one of doze guyz), market numbers created by loyal consumers seem to have no impact when compared to crystal-ball 'projections' and tiny sample numbers from consumer clinics.

I hate to wish poor results on a company whose products I've enjoyed for years, but I really hope this blows up in Coca Cola's corporate face!

That explains why I have been unable to find Coke Zero for a couple of weeks now. Dammit Coca Cola, just when I am getting into the no-cal, no-sugar thing.

gaasc said:
Dammit Coca Cola, just when I am getting into the no-cal, no-sugar thing.
Click to expand...

nasty stuff that, they also urinate on it. Every sip of water is a sip of fish pee!