We need a space thread! everything has a thread, except for the biggest thing out there!

northern light captured from the ISS 2 days ago

Assuming the political poops don't take all it's money away, I will do all I can to be there the first time they launch one of these.

Going to have to haul my arse to Cape Canaveral to see that launch one day.
http://pic.armedcats.net/c/co/cold-fussion/2010/10/28/Untitled-1.png 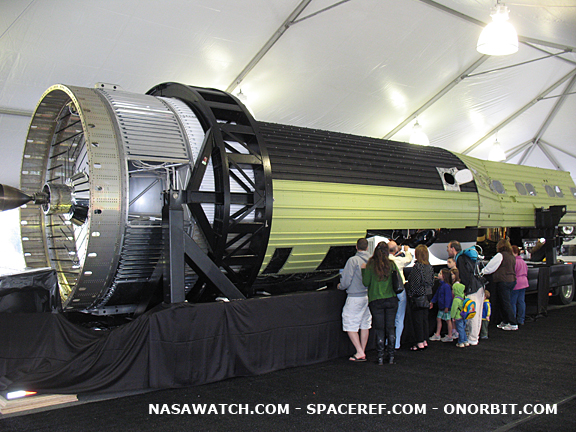 
KH-9 spacecraft as seen from its aft end upon entering the exhibit tent. The Satellite Support Bus with the small rocket motor is at the aft end.

With virtually no advance notice, the National Air and Space Museum's Udvar Hazy Center put a KH-9 "Hexagon" spy satellite on public display today. The display is up for one day only. Word of this display only leaked out late on Friday.

No media advisories were issued - and no KH-9 press release is listed here on their site. They deactivated my account with them it would seem, so I reapplied. I could not get NASM officials at the exhibit to comment on the short notice or why the satellite was there.

But all you had to do was go inside and see that a large party was being set up for the 50th anniversary of the National Reconnaissance Office. Reception tables and chairs were being set up under the SR-71 and Space Shuttle Enterprise. This is a little odd for a long-time Washingtonian such as myself given that the name of this organization was secret until 1992. Once secret, they now throw lavish parties. (see "NRO Observes 50th Anniversary with Declassification" at FAS).

A large tent with diesel electric generators was set up in the parking lot next to the Museum. Inside the monstrous satellite was on display - no prohibitions on photos whatsoever. Of course, you could not touch the hardware. I have seen lots of space hardware up close, but the condition of this spacecraft was rather remarkable given that it has been in storage for nearly three decades.

It was also somewhat surreal to actually see this monster. 60 feet long at 10 feet in diameter it is longer than anything ever put into a Space Shuttle cargo bay.

Up until now the only public description of vehicles like this is the result of the persistent diligence of analysts such as Charles Vick (and his famous drawings) and John Pike.

According to Wikipedia: "KH-9 HEXAGON, commonly known as Big Bird, was a series of photographic reconnaissance satellites launched by the United States between 1971 and 1986. Of twenty launch attempts by the United States Air Force, all but one were successful. Photographic film aboard Big Bird was sent back to Earth in recoverable film return capsules for processing and interpretation. They are also officially known as the Broad Coverage Photo Reconnaissance satellites (Code 467), built by Lockheed Corporation for the US Air Force."

The spacecraft on exhibit (obviously) never flew and was lacking its solar arrays and the optics and some other components were removed. In addition some "windows" have been cut into the side of the vehicle so that you can see inside. Otherwise this spacecraft is in remarkably pristine condition.

A fourth reentry vehicle is sown in its entirety in an 'exploded' fashion complete with retro rocket package and parachutes. The photos and videos below (copyright SpaceRef.com) should give you an idea of the sheer size and overall construction of this vintage spy satellite.

Layout of the KH-9 spacecraft. 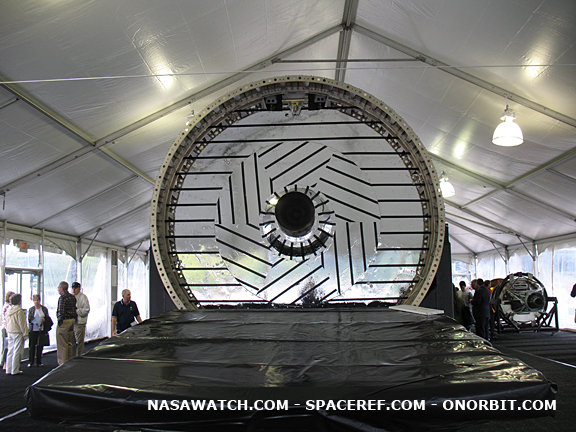 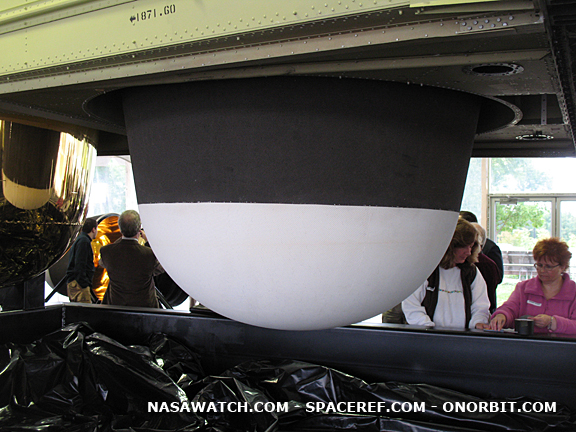 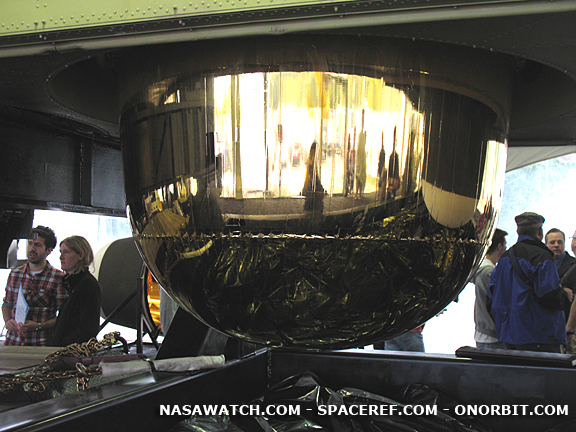 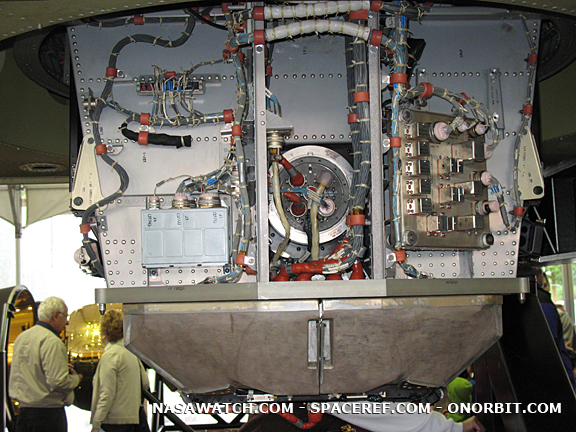 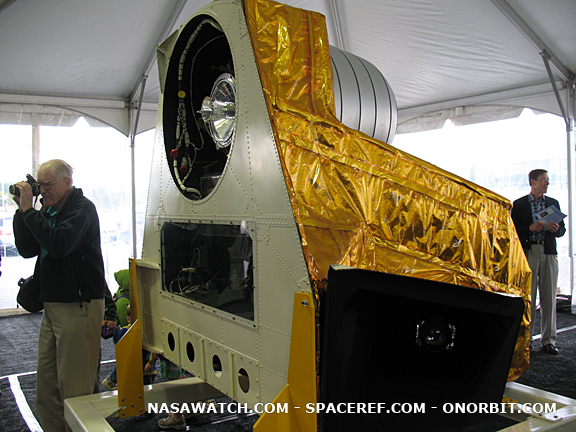 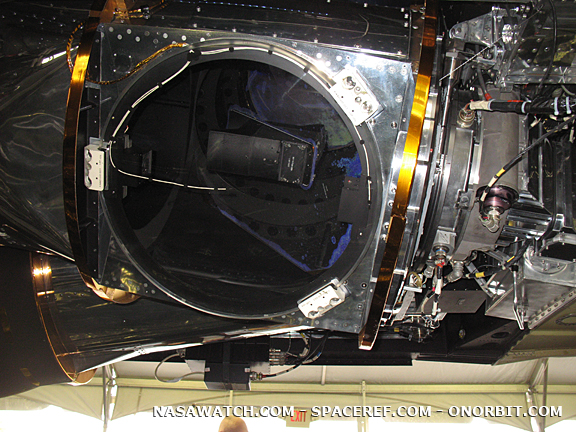 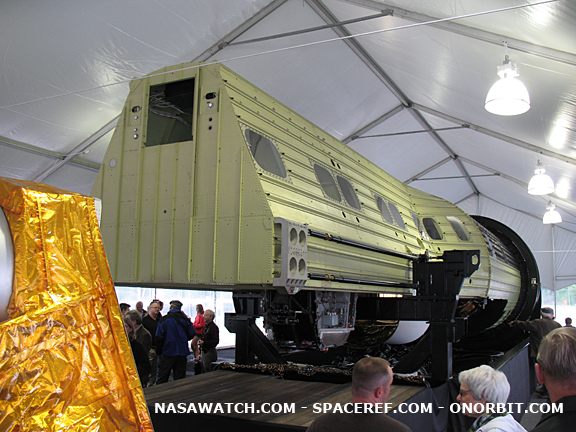 KH-9 as seen from the forward end. 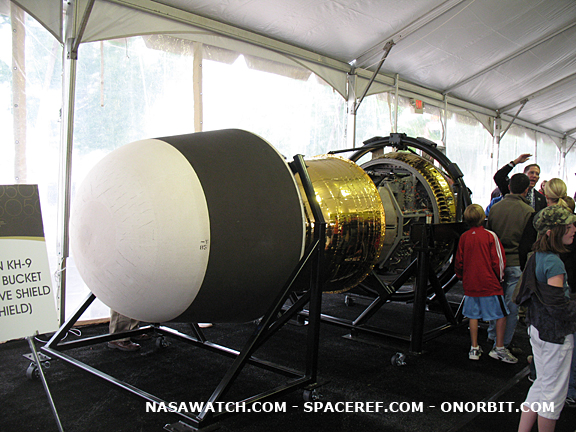 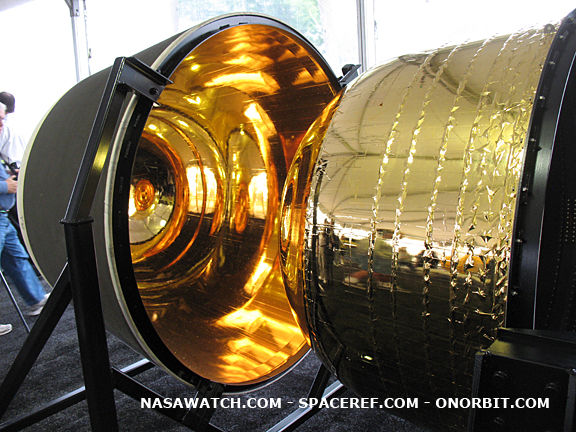 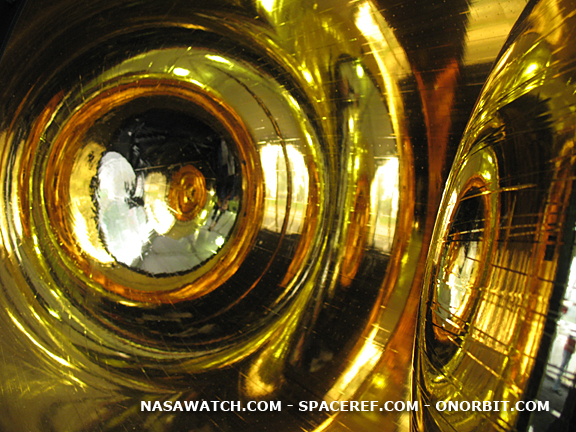 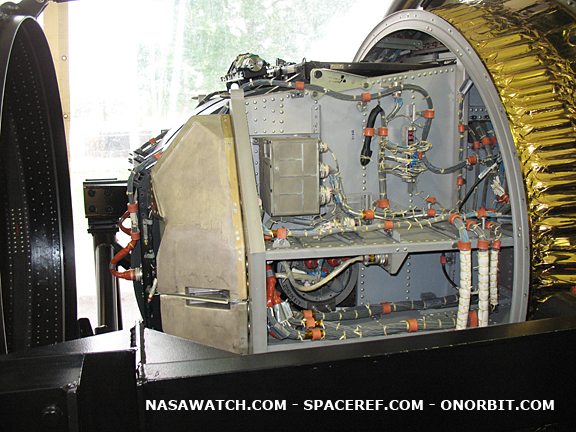 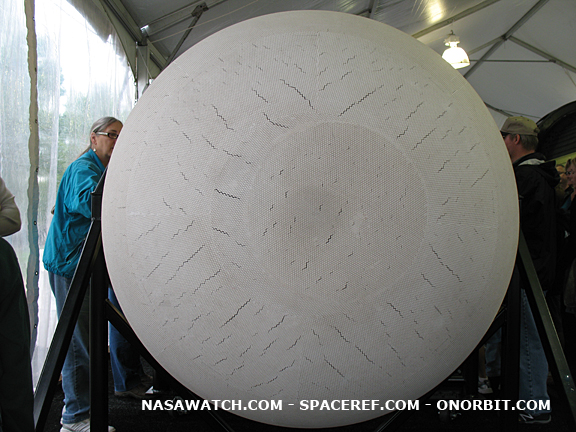 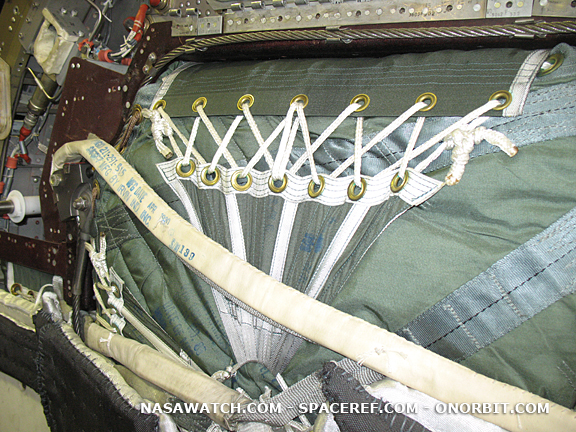 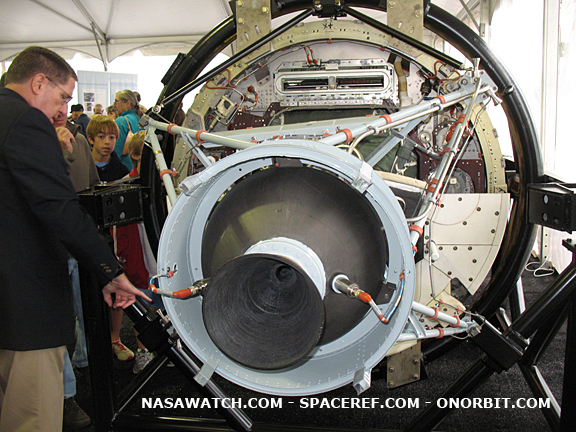 http://img27.imageshack.**/img27/60/indexphpactiondlattachtu.jpg
"I saw myself founding a new religion, marching
into Asia riding an elephant, a turban on my
head and in my hands the new Koran I would
have written to suit my needs." - Napol?on Bonaparte
"More than 60,000 Germans fell, not beneath the
Roman arms and weapons, but, grander far,
before our delighted eyes. May the tribes, I pray,
ever retain if not love for us, at least hatred for
each other; for while the destinies of empire bear
hard upon us, fortune can give no greater boon
than discord among our foes." - Germania, Tacitus

Where is LP? This thread needs the contribution of FG's resident Astrophysics genius and space travel enthusiast.

All that being said though some truly epic stuff guys.

Lightning Count said:
Where is LP? This thread needs the contribution of FG's resident Astrophysics genius and space travel enthusiast.

All that being said though some truly epic stuff guys.
Click to expand... Kepler-16b, shown in this artist's conception, enjoys double sunsets as it circles a pair of stars. The orange (type K) and red (type M) stars orbit each other every 41 days, while Kepler-16b orbits them both every 229 days at a distance of 65 million miles. Kepler-16b is similar to Saturn in size and mass, with a surface temperature of about -100 to -150 degrees Fahrenheit. Credit: David A. Aguilar (CfA)

i would like to add something to that first picture posted in here:

As posted in the other thread, I HAD to make this 25 fps:

is it me or does the 25fps version enhance the sensation of the video slightly 'lagging' at some points? :?
somehow with the version i posted it's still there, but i don't quite notice it as much...

From what I can gather, the only time where FG members met to observe space happening. Bonus points if you can identify where we are based on where MC and the VAB are in this picture.

And here's a link to a friend who got shots from the STS-130 launch. You can see my footage in my now-dead Space Shuttle thread.
Last edited: Sep 18, 2011
No matter how cynical you get, it is impossible to keep up.
- Lily Tomlin

Space nuts will find this hilarious.

^ I didn't get very far but magnitude 12-15 earthquake? That's a good laugh. A magnitude 12.55 earthquake is about the same energy release as the asteroid impact that is believed to have wiped out the dinosaurs, a mag 15 being over a 1000 times more powerful than that. I think that might just split the Earth in half. http://en.wikipedia.org/wiki/Richter_magnitude_scale#Examples

EDIT: Correction, he ups that to magnitude 30, which is comparable to starquakes, greater than the strength of a mag 15 squared. Love it.
Last edited: Sep 19, 2011

Not to mention he's completely wrong about the IR object in Leo. It's a star called CW Leonis, and it's at least 400 light years away.
Ex rotard

Finalgear, are you space?
woohoo someone changed my sig
M

I've been researching Elenin... I have no astronomical training at all other than my own love for it, and it didn't take me long to see it was all bull crap. Well the august prediction came and went didn't it mister?

Some said Elenin was a brown dwarf... many times heavier than Jupiter... how little do these people know about gravity and mass, it just astonishes me.
Last edited: Sep 19, 2011