leviathan;n3545616 said:
No, Elon confirmed in the press conference that landing burn ignition partially failed (single engine ignition worked, but transition to three-engine burn failed) and the stage splashed down at 300mph ~100m next to the drone ship, damaging two drone ship thrusters and spraying it with shrapnel.

This is their first failed landing in a while now. Might have something to do with extensive modifications carried out on the core (he mentioned they had to "almost completely redesign" the center core for the Heavy). At least it survived a high-speed re-entry despite only having aluminum grid fins and targeted the drone ship correctly. Not actually hitting the ship is part of the fail-safe flight profile - the landing stage always approaches off-target, and only shifts course onto the landing pad/ship once the landing burn fully ignites, to prevent a full-speed crash from damaging the landing target.
Click to expand...

Apparently the centre core ran out of the liquid which ignites the engines. Solution = add more liquid.

Like others, I had a massive goose bumps moment when I sat on my own watching the test flight for the first time. Particularly the dual 1st stage landings.
Last edited: Feb 13, 2018

GRtak;n3545950 said:
It is on the back lot. It costs money to keep moving a prop that big around to get the scale right.
Click to expand...

[No message]
"I wish for an America that matches the marketing materials.” - @HardcoreHistory

Big bump but I came across this while browsing the interwebs and thought it was worth sharing;

So, anyone trying to catch a glimpse of comet Neowise? Unfortunately here in Hamburg the light pollution is too high even around a nature reserve in my vicinity so it's very faint over the horizon and I don't want to stay up until 3 in the morning. Maybe tomorrow night I'll ride a bit further northwest to avoid the light pollution from the parts of the city north of me...

Not directly space, but related.

They are starting public beta in the Fall, I can't wait until I can actually get this. My local ISP sucks.

Eye-Q said:
So, anyone trying to catch a glimpse of comet Neowise?
Click to expand...

Sadly we had complete cloud cover last night, despite the entire day being clear. The back of the house faces NW so there would've been a chance of seeing it.

Early on in lockdown I was watching the chains of Starlink ducklings going over at night, it got to the point where they were still passing over after 10 minutes and I got bored.

The probe has been launched on September 5th 1977 (this means it's older than me, I was born in 1980) and it is still active, albeit it's radioactive thermoelectric generators will run out of juice some time next year. That's a hell of a lifespan though for such an early probe. Just think about the computing capacity of the thing, for today's standards it's laughably low, but it still is active. That's a hell of an achievement.

Operations Underway to Restore Payload Computer on NASA's Hubble Space Telescope. Without the ability to service it "in person" since the only way to do that was with a Space Shuttle they'll start one of several backup modules. That said, the last time the hardware has been touched was 12 years ago, and there is no way to repair or replace faulty hardware components since the only way Hubble could be serviced was a Space Shuttle.

One more news: Apparently the chinese space station Tianhe has been manned for the first time.

Well, Hubble Space Telescope is still not working, apparently it's a much bigger problem than anticipated. Currently NASA says the source of the computer problem lies in the Science Instrument Command and Data Handling (SI C&DH) unit, where the payload computer resides. They have to develop a strategy to switch to backup CU/SDF which is a much bigger task than "just" switching to a backup payload computer which they first thought was the culprit.

Yeah it's a really weird time for us. We're writing our calibration observation proposals in the hopes that we'll return to normal by the time they're implemented.
BlaRo: i'm a strong independent black woman....WHO DON'T NEED NO MAN

Can someone dumb the issue down for me? I understand that the space shuttle was designed to carry out the maintenance and that they obviously don't have that any more, but can't they just bolt the shuttle maintenance arm onto something else? Maybe send in a Spot on a rope with its snake attachment?

Matt2000 said:
Can someone dumb the issue down for me? I understand that the space shuttle was designed to carry out the maintenance and that they obviously don't have that any more, but can't they just bolt the shuttle maintenance arm onto something else? Maybe send in a Spot on a rope with its snake attachment?
Click to expand...

The arm is almost as long as the shuttle bay when folded up, it would get ripped off a capsule during launch.
"I wish for an America that matches the marketing materials.” - @HardcoreHistory

The Hubble is also in a relatively high orbit, which is out of reach for I believe all currently flying manned spacecraft, that are designed as space taxis for the ISS (which is ~100km lower). For the Shuttles, Hubble servicing missions were the farthest out they ever went, and it was on the limits of possible mission design due to OMS fuel.

That all makes sense, could they not have taken something up in parts and assemble it in orbit?

NASA has successfully switched to backup hardware on the Hubble Space Telescope, including powering on the backup payload computer, on July 15. The switch was performed to compensate for a problem with the original payload computer that occurred on June 13 when the computer halted, suspending science data collection.
Click to expand...

WOOT!
"I wish for an America that matches the marketing materials.” - @HardcoreHistory 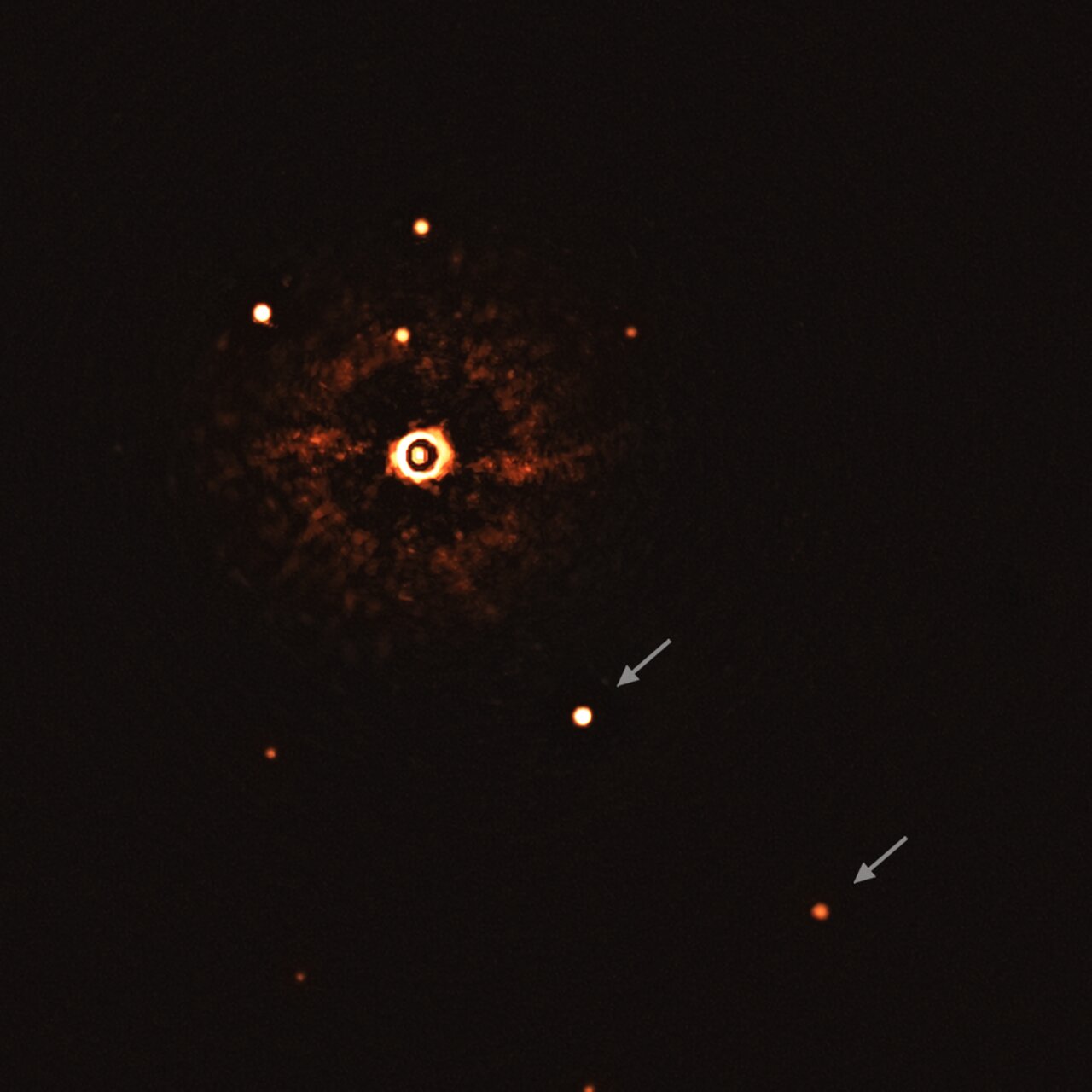 First ever image of a multi-planet system around a Sun-like star (uncropped, with annotations)

First ever image of a multi-planet system around a Sun-like star (uncropped, with annotations)

First ever image of a multi-planet system around a Sun-like star (uncropped, with annotations)​ 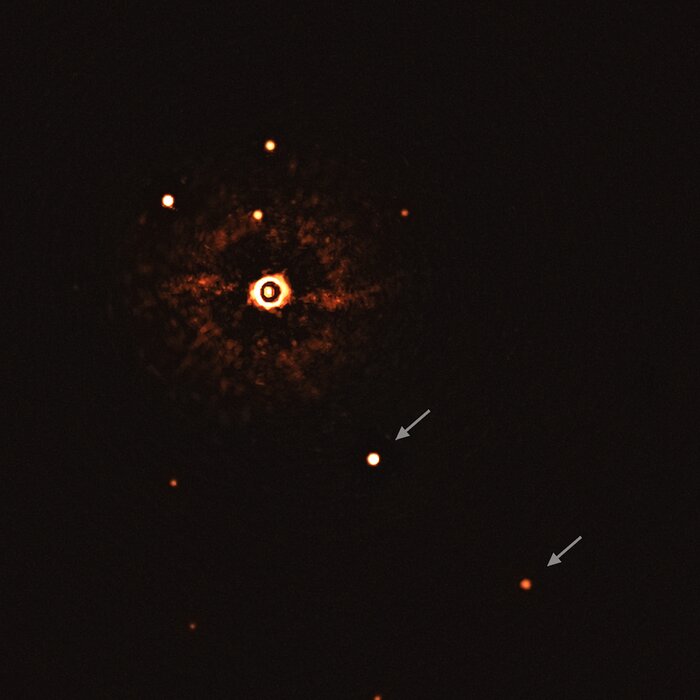 I was told over and over again by multiple groups not to say anything about this to the public.............and then they go and post a tweet.

All instruments are in safe mode. I just checked our WFC3 data before I send out my report to Goddard and everything seems fine.
BlaRo: i'm a strong independent black woman....WHO DON'T NEED NO MAN
You must log in or register to reply here.
Share:
Facebook Twitter Reddit WhatsApp Email Share Link
Top