The Stand Up Thread

In case you hadn't noticed I rather like laughing, being made to laugh, and occasionally it would appear I make people here laugh too!

Don't worry I'm not about to appear at an Open Mic Night anywhere near you, but I thought it would be nice to have somewhere to post videos of your favourite comics.

I'd like to kick off with the little known but very funny Simon Evans....

I think my all time favorite stand up show is Robin Williams at the Met in the 80s.

There are 7 parts I think, this is easily the funniest stand up I've ever seen.


Last edited: Oct 3, 2010
"My laptop has a webcam; if I wanted to make money while making a mess, I'd be all over the internet. Hell, you'd probably have videos of me bookmarked."
~Klutch~ 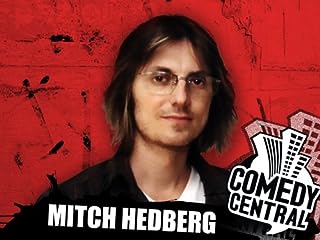 I must say I've been fortunate to see a load of acts as the local theatre I work at has a comedy club once a month. They've had plenty of big names (Omid Djalili, Lee Mack, Reg D Hunter etc etc) as well as loads of smaller ones.

I will post Terry Alderton; he was at one of the first nights (I didn't just find him on Michael Macintyre's show ) - but he wasn't the headline act that night and absolutely stole the show. This video isn't from

I will also post Maff Brown, who is the host and compare of said comedy club (this is a video from the original location, not the newer one where I'm from).

Going to dig up this thread from its shallow grave since in this time, more fun things is better.

Friend of mine sent me this the other day, I found it hilarious

Oh my bump, this was an old thread. My dad has been reading Billy Connolly's and as he has been telling me about the stories in there I've been looking up the section from his stand up routines (most of them are in there). Some absolute gems I've found on YouTube recently that i hadn't seen before. Billy is sometimes an acquired taste but I have a suitably twisted sense of humour and he has me in stitches. We need that at the moment.

Cannae beat a wee dram of the Big Yin.
WillDAQ: To use the technical terms: "the Mustang is to aerodynamics what horse shit is to fine dining"

So just watching Patton Oswalt I Love Everything


Side note I love Patton and I loved his wife and her true crime writing... That said I really would love if in 30 years we find out Patton murdered her just for the irony.
You must log in or register to reply here.
Share:
Facebook Twitter Reddit WhatsApp Email Share Link
Top