Congress is calling the director of Trump's Secret Service detail to testify about the gassing of peaceful protesters. He is expected before the end of the week.

"Witnessing the social disintegration of our most powerful allie"

GRtak said:
"Witnessing the social disintegration of our most powerful allie"
Click to expand...

Sadly, this is exactly what is happening.

Oh yeah, have the cheapy turd phone, be my guest!

Also, the fuck is going on? I thought we were better than this? I guess not.

Trump has threatened to make this a civil war by invoking the Insurrection Act. Let that sink in. 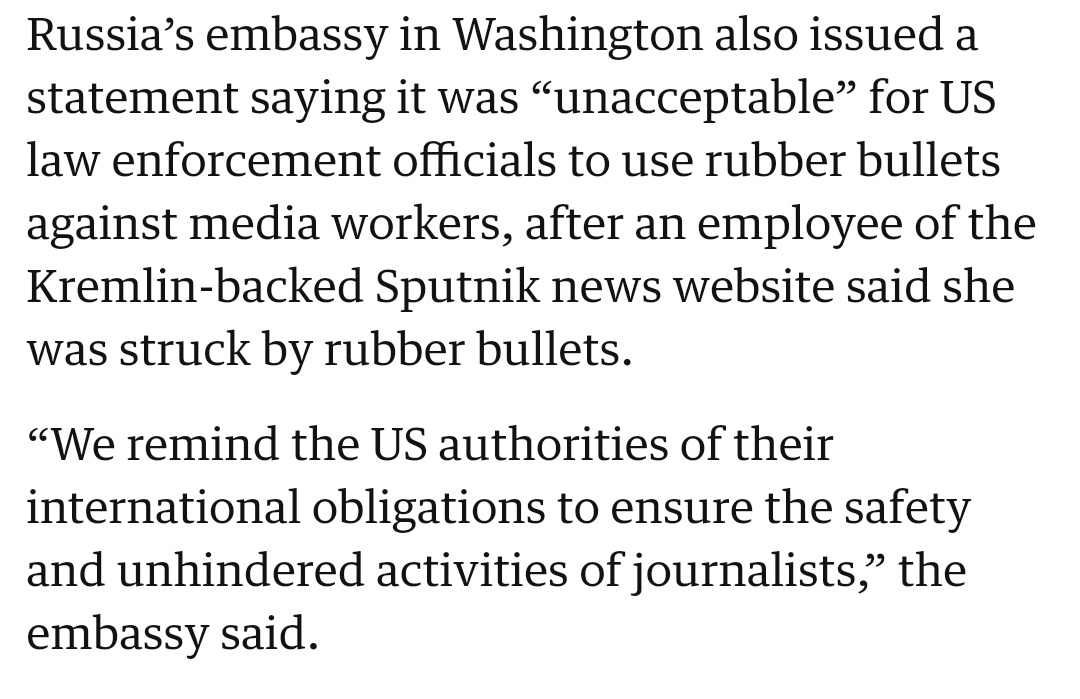 When the Russians say "woah, back off." You know you done fucked up.

93Flareside said:
When the Russians say "woah, back off." You know you done fucked up.
Click to expand...

It's true, usually they just have the protesters and the journalists reporting on them disappeared.

When the George W. Bush, signer of the PATRIOT Act, is on your ass about handling protests, you know you fucked up.

He is mentally ill; unless a way exists to get out of the situation by blaming someone else and accusing them of trying to frame him, he won't back down from anything, he will never say or do anything that may mean "I was wrong, you were right".

The burden of being reasonable enough to avoid clashes, conflicts, hate, is completely on the protesters.

Let's hope they'll be more adult than the President.

Well, they haven’t been given their talking points yet.

calvinhobbes said:
Well, they haven’t been given their talking points yet.
Click to expand...

calvinhobbes said:
Well, they haven’t been given their talking points yet.
Click to expand...

It is hard to have an opinion when you don't know what it is... 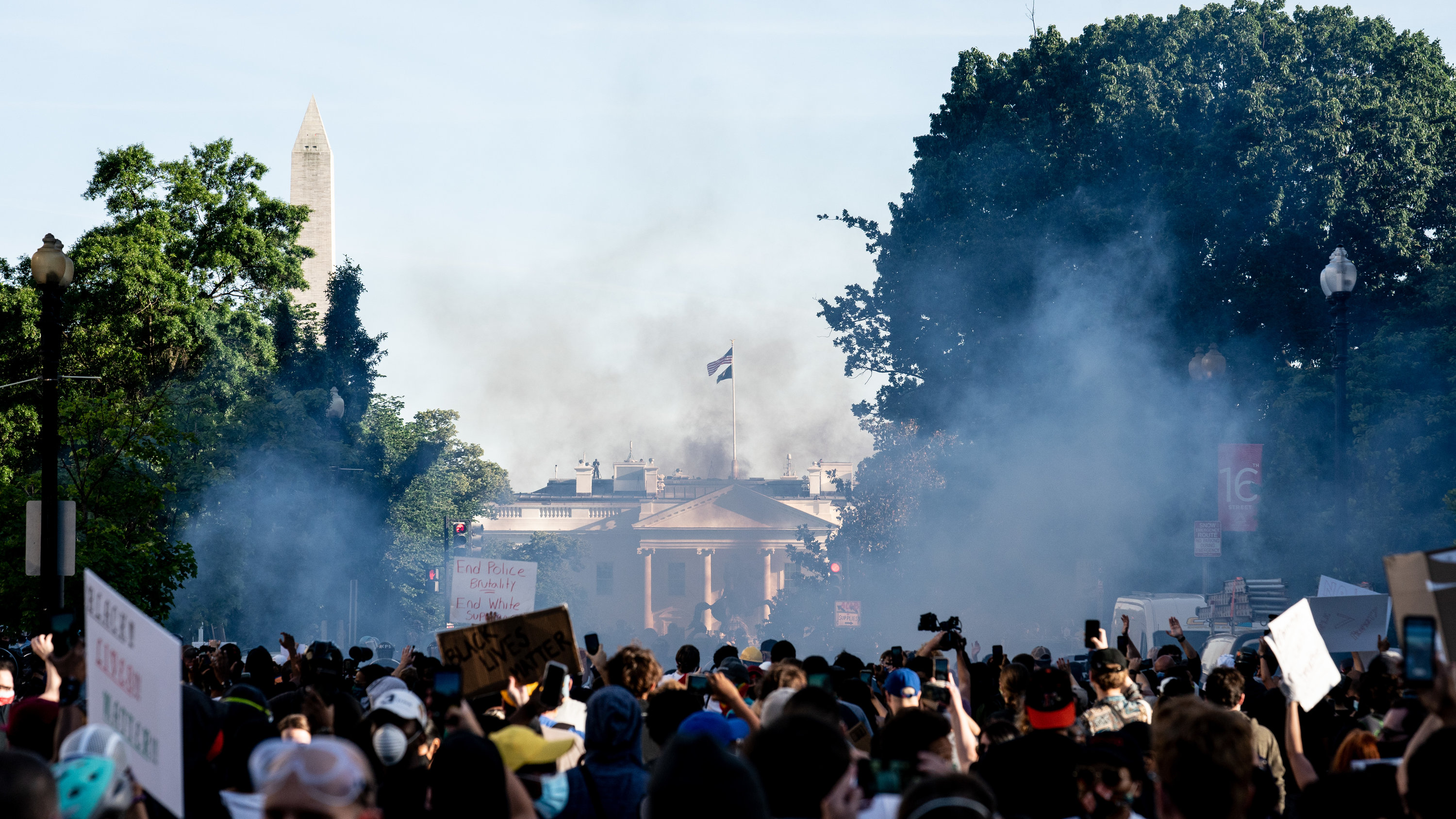 How Trump’s Idea for a Photo Op Led to Havoc in a Park
When the history of the Trump presidency is written, the clash with protesters that preceded President Trump’s walk across Lafayette Square may be remembered as one of its defining moments. 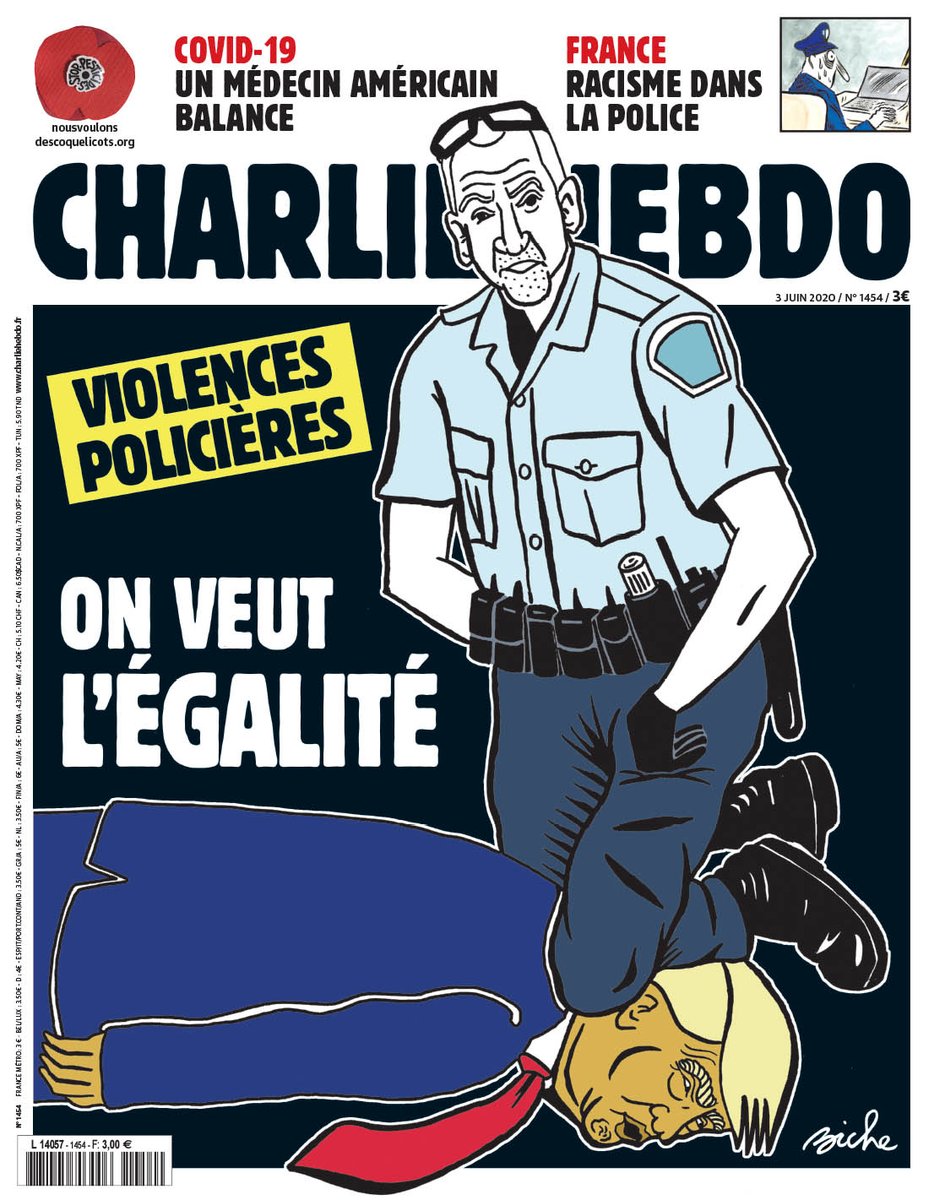 The 82nd Airborne Division has deployed to Washington DC - with fixed bayonets.

So do Americans petition the United Nations to intervene?

Connecting Vets was the first to report that the IRF has been placed on alert to respond to civil unrest over the weekend. The Department of Defense denied that report.

"Off-the-record: This is inaccurate ... Not true," officials said in an email. No off-record agreement was negotiated with Connecting Vets.

Now, a defense official with knowledge of troop movement is providing details of the IRF deployment to Joint Base Andrews-Naval Air Facility Washington in Maryland last night. The official was not authorized to speak publicly and provided the information on condition of anonymity.

The IRF is broken down into three separate packages called Immediate Response Battalions (IRB) which are numbered IRB 1, IRB 2, and IRB 3. Yesterday, IRB 1 drew weapons and ammunition, to include crew-served M240 machine guns, at Fort Bragg, the source said.

IRB 2 and IRB 3 remain at Fort Bragg and are on one-hour standby for rapid deployment, sources said. The 82nd Airborne Division consists of airborne infantrymen. The paratroopers are not trained for riot control duties. Joint Base Andrews is just minutes away from Washington D.C. by helicopter.

Three additional C-17 aircraft were flown this morning to ferry the remaining 300 paratroopers of IRB 1 from Pope to Andrews, sources said. Open-source flight data also recorded a flight carrying the designation "Department of the Army, priority air transport" from Rome, New York to Joint Base Andrews. The highly secretive Army intelligence unit known as Task Force Orange is known to fly planes out of Rome. Connecting Vets reached out to Special Operations Command for comment but had not heard back by the time of publication.

A spokesperson at Fort Bragg declined to comment and referred Connecting Vets to the Pentagon. A senior defense official at the Pentagon declined to comment on the size, strength or disposition of active-duty military deployments but said, "we can confirm active-duty soldiers are in the national capital region and that they are on a shortened alert status and available for deployment if necessary."

At any given moment, the 82nd Airborne Division's IRF is prepared to rapidly deploy in response to orders from the national command authorities. The IRF was last deployed on New Year's Eve as tensions mounted between the United States and Iran.

Protestors have marched and demonstrated across the country in response to a police officer kneeling on an unarmed black man George Floyd's neck and his death in police custody. Some of those protests have turned violent, with rioters clashing with riot control police and prompting national guard deployments.
Click to expand...