I've just discovered Plex. I have a PowerMac G4 that would work awesome as the server for my videos, music, etc. I know Plex is intel only however I read that Plex is close with XBMC which is PPC supported. Is it possible to mate XBMC and have Plex connect to my server?

If not, I may be getting a full on server(don't know what kind) with quad core Xeon's from my friend who's upgrading his Xserve to 8 core. So I might just use that if it's not going to be feasible with my current setup.

I've come back with an update. I don't need Plex or any other things on the server, just a faster connection between the two. 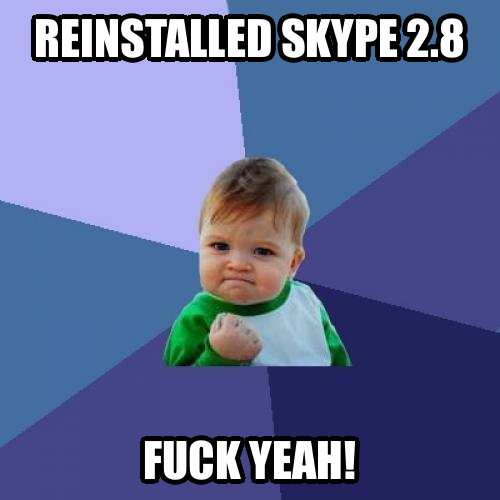 Is there anyone who actually likes all the iOS-ish stuff in Lion?
Even the full screen mode pisses me off, although it's nice that the gestures let you switch back to the regular desktop seamlessly.

freefall said:
Is there anyone who actually likes all the iOS-ish stuff in Lion?
Even the full screen mode pisses me off, although it's nice that the gestures let you switch back to the regular desktop seamlessly.
Click to expand...

The iOS-ish things were one of the reasons I downgraded back to Snow Leopard on my iMac and my MacBook, that and the fact it made them both really slow.

Annoyingly, I have just bought a 15" MBP and I'll be stuck with Lion on it until they hopefully see the error of their ways and make them options...
B

What iOS-ish stuff are you thinking about?

I actually really like the full screen mode, I use it all the time in iTunes and Safari.

If not if I ripped them and put them onto my 8gb drive would they work then?

​
fire up the Quattro​
B

Hm, I believe the install disc's are tied to the specific machine it came with.

If the disc came with a specific machine, it's tied to that specific model of machine.

10.6 should still be fairly easy to buy though, and quite cheap too

Not always. At least back a few years, if you could use PowerBook and iBook OS X disks between the two no problem. You could if mac's still do, put the machine you want in target disk mode, connect it to the mac with the specific install disk and just choose the mac you have connected. I used to do that when the only 10.4 disk I had was the one for my iMac G5, even with laptops.

On an unrelated note, does anybody know how to disable launchpad? I don't use it and my mac is not an iPhone.
Last edited: Nov 29, 2011

freefall said:
Is there anyone who actually likes all the iOS-ish stuff in Lion?
Even the full screen mode pisses me off, although it's nice that the gestures let you switch back to the regular desktop seamlessly.
Click to expand...

Disable it? I've just removed it from my Dock and I never see or use it.

You can disable Dashboard with a command line code. I was wondering if there was something similar to that.

I just wish there was a way to go back to the old style Expos? instead of the single-app Mission Control in Lion. The rest of the annoying stuff in Lion I find easy to avoid.
'07 911 GT3 RS | '15 Cayenne Diesel | '60 Bugeye Sprite | Two Feet

I've pretty much stopped using Expos? completely in Lion, it's quite sad since it was one of my favorite feature before, but I haven't really missed it much since.

A month or so ago I received a 2011 15" MacBook Pro (2,2ghz i7, hi-res screen) from work, I must admit that I've always been rather skeptical towards Apple products.
But I am glad to report that Apple has somewhat won me over with their MacBook lineup, I still think they are a bit pricey but at least now I consider them to have competitive hardware and as far as I can tell, very good build quality. You can tell that a lot of thought goes into an Apple product, as all the little, perhaps even trivial features are worked out in a very detailed manner. I believe the marketing department deserves part of the credit for that, as an economist (mainly focusing on marketing) I can't deny the fact that Apple is a great company.

It has been a joy to use the MacBook in the last month, I get up to 7 hours (as advertised) when just browsing and doing word processing and about 3,5 - 4 hours when running CPU intensive programs like Photoshop, Dreamweaver, AutoCAD and Matlab. I like the MAC OS X interface, even the launchpad and especially the trackpad gestures. The keyboard is also surprisingly satisfying to use. The built in VPN support is also pleasant, as I do not need any third party software like Cisco AnyConnect on Windows.

Of course I do have some criticism, I've had trouble with the Wi-Fi connectivity on a handful of occasions and I still need some time adjusting to the finder.

Now that I have declared my love for an Apple product I feel the need to compensate this: I don't think I could ever get used to an iMac. The OS itself does appear to be more suitable for portable devices than for desktops in my mind, overall I feel like I would be more productive on a desktop running Windows. As far as laptops go, it'll be hard to get me back to a Windows based laptop.
||| 2015 F20 BMW 116d LCI (company car)
||| 1993 Mercedes-Benz W124 250D