I snowed about 15 miles south of where I'm at, not much but it's something...

A place to talk about the weather in your town, area, country.

Cross-post from things that annoy me, this is my Christmas weather:


narf said:
There's that, but also outside

global warming, I tell you! 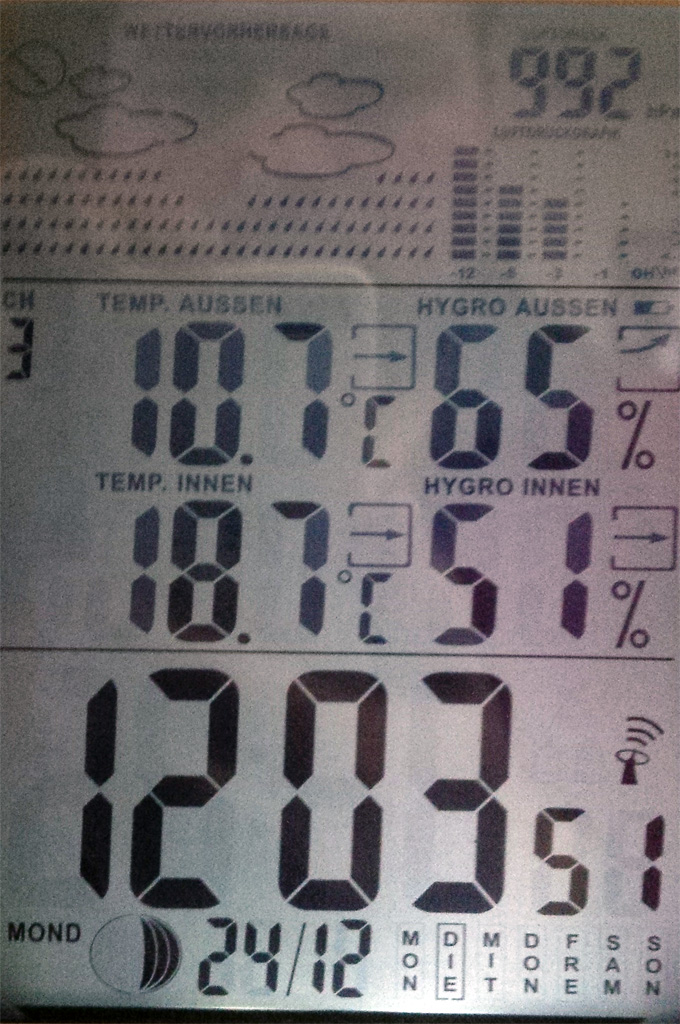 Winter is coming. Or not.

Jay said:
Winter came and ejaculated a lot of white stuff all over my region

Yeah! My brother got his snowmobile fixed last week. Today we're going out on some trails. 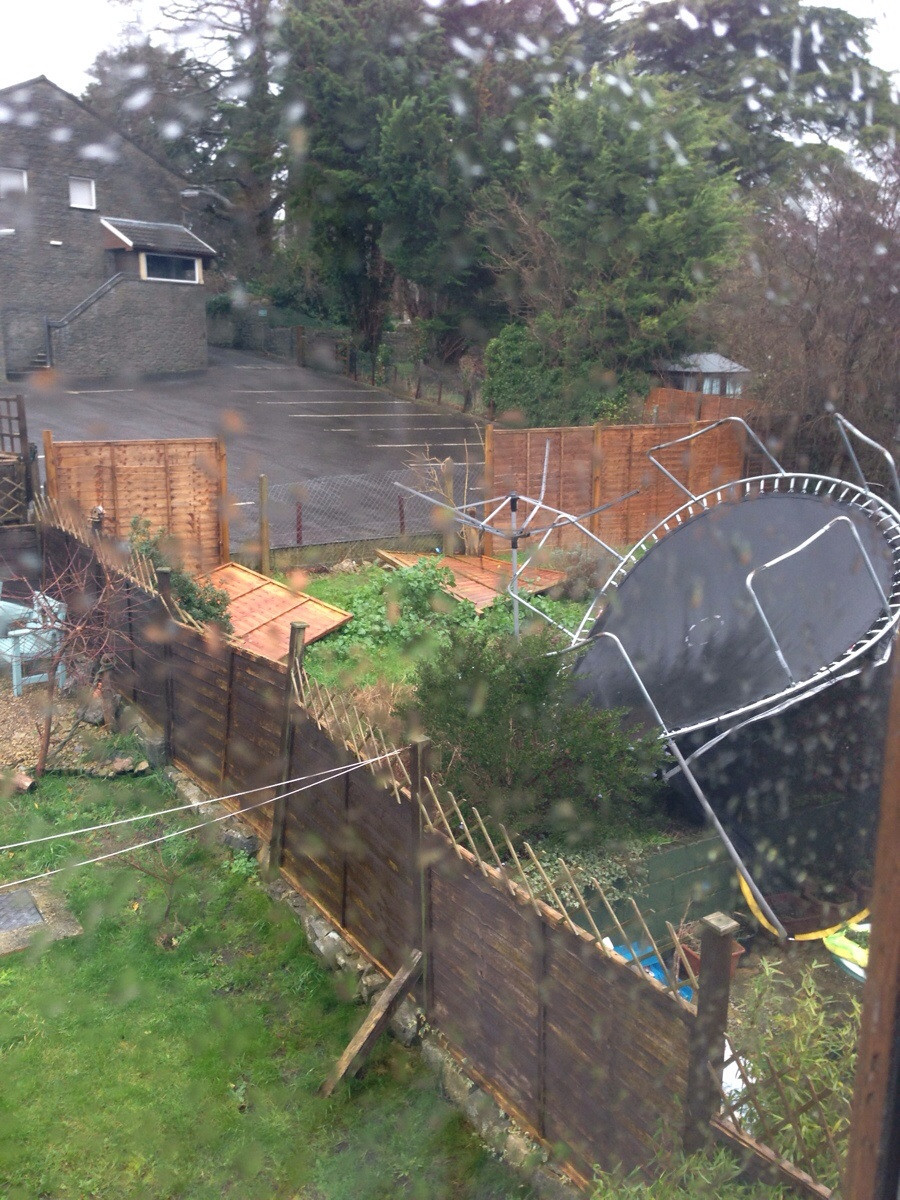 I'm sitting around waiting for a call-out to deploy the Hagglunds...

We already have a weather thread - >
http://forums.finalgear.com/off-topic/the-weather-thread-56864/

I am one of the ones that lost power in the recent ice storm. Spent two days at my sister's because it got cold. Power came back last night, so I am going home this morn.

RdKetchup said:
We already have a weather thread - >
http://forums.finalgear.com/off-topic/the-weather-thread-56864/
Click to expand...

pretty small, maybe a mod could just merge them or something?

christmas weather is annoying me, it's fairly windy, raining and 9 ?C. ... so basically, typical christmas weather. i'd much rather have a thick covering of snow and negative readings for temperature, even if it meant i'd have to go everywhere on foot.

It blew an utter hooley here last night. The isobars were so close together I told them to get a room.

My boss's house got flooded - a foot of water downstairs, all carpets and a shit load of other stuff ruined including their Christmas - and they have no electricity.

Looks like they will have to cook Christmas dinner on the engine of his Vantage.

MWF said:
It blew an utter hooley here last night. The isobars were so close together I told them to get a room.

My boss's house got flooded - a foot of water downstairs, all carpets and a shit load of other stuff ruined including their Christmas - and they have no electricity.

Looks like they will have to cook Christmas dinner on the engine of his Vantage.
Click to expand...

Yeah, a large depression moved across southern England yesterday, with high winds and persistant rain. It then moved north to Scotland and is now sitting off the NW coast of Scotland today.

Thousands still stuck at Gatwick airport and Waterloo station, etc, also several thousand homes witout electicity for 24 hours plus in the South West, with other houses flooded by rivers overflowing in counties to the south of London and Wales.

Airports and mainline Train Stations usually cease / run down services after about 20:00 on Christmas Eve. (Or two hours ago.)

Andeh said:
I'm sitting around waiting for a call-out to deploy the Hagglunds...
Click to expand...

And now possibly blizzard snow conditions mountain areas above 600m in Scotland, Cumbria and the Peninnes.


.. and more stuff to come from Friday.

You know when it's gonna' be crap weather around here 'cause all the ships try and get shelter by the coastline. I counted 13 boats dotted along the coastline when I got home from work today. :lol:

Here is a selection:

While here we haven't had any destructive weather by any means, Monday morning was a crisp -35C (-31F) with the windchill pushing it to -50C.

Then, as is the norm here in that our temp varies wildly, today was a beautiful -2C...
T

I was one of the lucky ones. Power went out only for 1 1/2 hours at my house, despite constant flickers in power during one day. Some of my friends are still without power ... for more than 48 hours. They're heading into a third day without power ... which means their furnaces aren't working either, so no heat or hot water either. Some of them are running out of firewood.

I still had to de-ice my driveway and the stairs to the front door. Had to pick at it with a huge ice pick. It's Christmas Eve and I'm afraid to turn on the outdoor Christmas lights because they're buried under an inch of transparent ice, and if I do turn them on they might short-circuit.

The water going through my downspouts has completely frozen and has jammed them shut. Ice melt is forming some massive icicles, and in parts has started running along exterior walls, which will likely cause damage.

The ice started to melt here today. The ground looked like a hail storm has blown through. At least it's starting to warm up a little bit.

It was 70 degrees here 2 days ago, and this morning we got some snow. It's crazy.

It's cold as balls here in Boyne City, MI. I believe it got somewhere around -15F/-26C last night. It was so cold the battery charge in my moms Ford Escape got low enough to reset the ECU. The battery was strong enough to start the car mid-morning (~5F/-15C) but other things the edu keeps track of were reset.

Christmas in the desert. 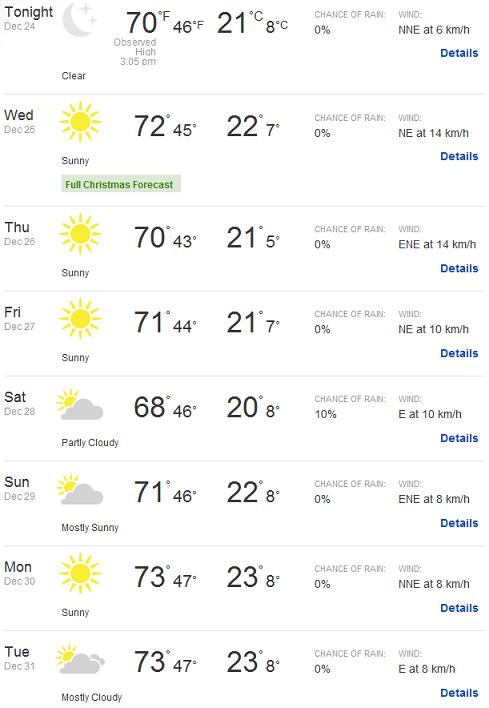