We all know Japan has some strange stuff going on.

I was reading the Wall Street Journal yesterday during dinner, and this was on the front page.

How about this.... Was reading the Wall Street Journal today. This was on the front page.

ATAMI, Japan?This resort town, once popular with honeymooners, is turning to a new breed of romance seekers?virtual sweethearts.

Since the marriage rate among Japan's shrinking population is falling and with many of the country's remaining lovebirds heading for Hawaii or Australia's Gold Coast, Atami had to do something. It is trying to attract single men?and their handheld devices.

In the first month of the city's promotional campaign launched July 10, more than 1,500 male fans of the Japanese dating-simulation game LovePlus+ have flocked to Atami for a romantic date with their videogame character girlfriends.

The men are real. The girls are cartoon characters on a screen. The trips are actual, can be expensive and aim to re-create the virtual weekend outing featured in the game, a product of Konami Corp. played on Nintendo Co.'s DS videogame system.

Love Plus+ re-creates the experience of an adolescent romance. The goal isn't just to get the girl but to maintain a relationship with her.

After choosing one of three female characters?goodie-goodie Manaka, sassy Rinko or big-sister type Nene?to be a steady girlfriend, the player taps a stylus on the DS touch-screen in order to walk hand-in-hand to school, exchange flirtatious text messages and even meet in the school courtyard for a little afternoon kiss. Using the device's built-in microphone, the player can carry on sweet, albeit mundane, conversations.

If the real-life Romeo earns enough "boyfriend power" points?by completing game tasks like homework or exercise to become smarter and more buff?the reward is a virtual trip to Atami.

In the game, the couple tours the local landmarks. The girlfriend changes into a yukata, a casual summer kimono, to go see the fireworks, and then they stay overnight at the Hotel Ohnoya. It is known for its cavernous, white-columned baths in the style of Ancient Rome.

In his first visit to the real-life Atami, Love Plus+ gamer Shunsuke Kato planned to walk around the city and see the sights familiar to him from playing the game. One small hitch: his girlfriend, Manaka, was giving him the silent treatment.

She was upset that he had been so busy at work that he had been playing the game only 10 minutes a day. "On days off, I spend one to two hours with her. I guess, compared to the people who come here, our relationship is a bit lukewarm," said Mr. Kato.

Located at the bend of the Japanese archipelago and a one-hour train ride from Tokyo, Atami has definitely seen better days.

The number of overnight visitors has dropped by half from the peak in the late 1960s. The main shopping area has many boarded-up storefronts?a lot of them defunct bars, clubs and other remnants of the city's heyday as an entertainment mecca.

The city is going all-out to indulge ardent Love Plus+ fans.

At the real Hotel Ohnoya, which opened its doors in 1937, the staff is trained to check in Love Plus+ customers as couples even if there is only one actual guest. Says Atsurou Ohno, the hotel's managing director, "We try not to ask too many questions because we want them to be able to remain immersed in that game world."

Some devoted fans will go so far as to pay twice the rate?most hotels in Japan charge per guest not per room?to indulge the fantasy that they are not there alone. A night's stay, at most, can cost $500 though many rooms are cheaper.

In Atami, the Love Plus+ fans?mostly men in their twenties and thirties?stand out. Unlike the deeply tanned beach crowd wearing very little, they are often pasty and overdressed for the heat in heavy jeans and button-down shirts.

Tatsuya Fukazawa, a 19-year-old college student, was visiting Atami for the first time on a recent weekend. In a small waist bag, he carried his Nintendo DS. Once he turned on the device, his virtual girlfriend Manaka Takane?a Libra who enjoys making pastries?greeted him in a syrupy sweet voice.

"There isn't a lot of romance in my life and this helps me cope with some of the loneliness," said Mr. Fukazawa with a chuckle.

Adding real elements to the virtual relationships is central to the Love Plus+ series. The games can be synched up to an actual calendar and clock, which means playing the game too late at night might mean that the virtual girlfriend is already asleep. Players are expected to remember important dates like birthdays and holidays.

Local businesses are feeling the love.

Yamadaya, a shop selling processed fish cakes on Atami's main shopping street, started offering special Love Plus+ fish cakes at the end of July. On top of a rubbery square white cake about the size of piece of toast, Yamadaya draws the characters' faces using black squid ink. At 450 yen ($5.30), the store has been selling out its daily allotment of 150 cakes?50 for each girl.

Korean barbecue-inspired restaurant Hien says a quarter of its customers are currently game-related. For 5,000 yen, customers get a special Love Plus+ menu of Japanese beef and side dishes.

Kanji Nagasawa, Hien's owner, says he is accustomed to making small talk with customers, but the Love Plus+ crowd often sits in silence and plays the game while eating.

"We've been stunned," Mr. Nagasawa said, "how happy this makes those customers."

Alas, the boom ends this month, when the imaginary characters have to go back to school.

Write to Daisuke Wakabayashi at Daisuke.Wakabayashi@wsj.com

Inspired me to make this thread.

And just to get the ball rolling, a really old picture, but I can't look at it and not laugh.

I have a feeling this thread will push the boundaries of Off-Topic toward NSFW.

Lupin_IV said:
I have a feeling this thread will push the boundaries of Off-Topic toward NSFW.
Click to expand...

Good point. I forgot some of the stuff that goes on there (I've been mostly thinking about products they make, how they sell them, and their... unique.. style of tuning cars). But they do have a lot of NSFW stuff going for them don't they?

CrazyRussian540 said:
Good point. I forgot some of the stuff that goes on there (I've been mostly thinking about products they make, how they sell them, and their... unique.. style of tuning cars). But they do have a lot of NSFW stuff going for them don't they?
Click to expand...

blurred out NSFW stufff that is

That article goes to a lot of unnecessary detail

I don't care what you enjoy in your spare time but when your hobby takes over your life, you have problems, it's not a sign that you need to dump money into a lame recreation of a virtual reality.

CrazyRussian540 said:
[...]I was reading the Wall Street Journal yesterday during dinner, and this was on the front page.
Click to expand...

The social isolation and loneliness required to think it?s a good Idea to pick up something like that ... is beyond my imagination. I pity these guys ...

I've always hated fucking anime, now I have a reason. I don't think I'll be on the next plane to Japan anyway.

Matt2000 said:
I've always hated fucking anime, now I have a reason. I don't think I'll be on the next plane to Japan anyway.
Click to expand...

woah, whats with the anime hate? sure there's some crappy anime out there but it can be just as easily said there's crappy tv out there.

Matt2000 said:
I've always hated fucking anime, now I have a reason. I don't think I'll be on the next plane to Japan anyway.
Click to expand...

This article isn't about anime at all, it's about a dating sim game (though the characters are probably drawn in anime style).

"Anime" really isn't a genre, it's more of an art style. The plot can be anything and everything, and unfortunately this sometimes includes some pretty weird shit...

Poor Japanese chicks man ... their guys go off on video games.
Men, we need a call to action. These women's physical needs must be satisfied!

toma_alimosh said:
Poor Japanese chicks man ... their guys go off on video games.
Men, we need a call to action. These women's physical needs must be satisfied!

:lol: now that's an idea I can get behind

thevictor390 said:
In fact "fucking anime" is pretty much a genre on it's own
Click to expand...

:lol: It probably is.

I did check Google Images first (unfortunately for me) and it is anime style, which I blame in general for it getting to this point. My opinion though, doesn't have to be correct or popular

Location
Somewhere in the South of England, UK.

Eh, I don't think it's the style so much as the culture surrounding it. There has been plenty of very, very weird stuff in Japan long before "anime" came into existence, it just happens to be an extremely flexible medium that can have just about any idea channeled through it. And again, most of it is generic and annoying, or extremely strange.

I personally think about 97% of what is called "anime" (as in television shows and the like) is crap, but those that I do like, I enjoy just as much as any other film or tv style. 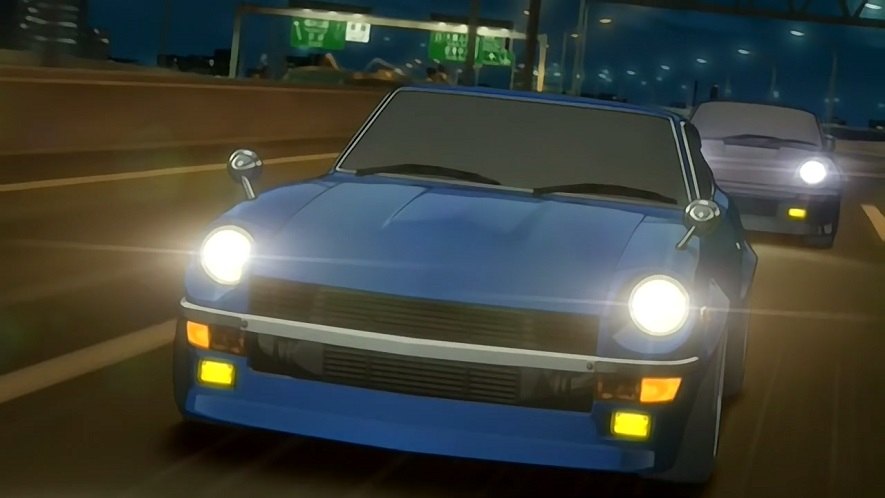 Whether this is 100% factual or not is up in the air (maybe we can ask KaJun about it).