There is a brand new Tax Haven - Liberland. Yeah, it's seems legit.

It?s becoming harder and harder to keep the governments hand out of your wallet. That's the reason why a bunch of intuitive people got together and founded their own country with their own laws. Most importantly, their own tax laws. Meet Liberland.
Click to expand...

Apparently you can apply for a citizenship also. Not sure how revlevan this is for US citizens with FATCA (The Foreign Account Tax Compliance Act) and all, but this could be perfect for everyone else.

Seems to be light after reading around, although this smells a bit like a scam to me. What are your thoughts?

Not sure how you define scam in this case. There's of course a high likelihood that it will fail, not sure if you can call that a scam though. It's basically a publicity stunt and practical joke that, thanks to the internet, has gained so much following that they have decided to try to make it a reality.

At the current stage the biggest drawback seems to be their lack of armed forces, which means that Croatia ans Serbia can at any time send their armed forces, and say nope. Which is what they are currently doing. Further down the road, there would of course be other issues, such as that entire territory of Liberland apparently gets submerged in water from time to time.

Anyway, if they don't give up too soon, it will definitely be fun to watch.

Love it :lol: What interesting is that Liberland's territory is in dispute between the Croats and the Serbs so it's at least possible to make the argument for the legality of it's creation, though I seriously doubt that argument would be long-lived. If it's not a scam, I say good luck to them - they'll need it... a lot of it.

Screw you guys, I'm going to Liberland. Hell yeah. Got my camera packed, my sunglasses, splashed some sunscreen lotion on my nose in a comical manner, and I'm catching the next flight to SUNNY LIBERLAND!

Seems like a good place to swing by and fill up with fuel for cheaps at the very least. I can't help but think it sounds like a 21st century Rapture though...

Liberland came into existence due to a border dispute between Croatia and Serbia.
Click to expand...

That sounds like a winning location to form a government!
Last edited: May 16, 2015

If the tanks go through there, that?s like plowing with a cultivator -> agricultural win!

The Principality of Sealand is a more sensible idea for a new nation. 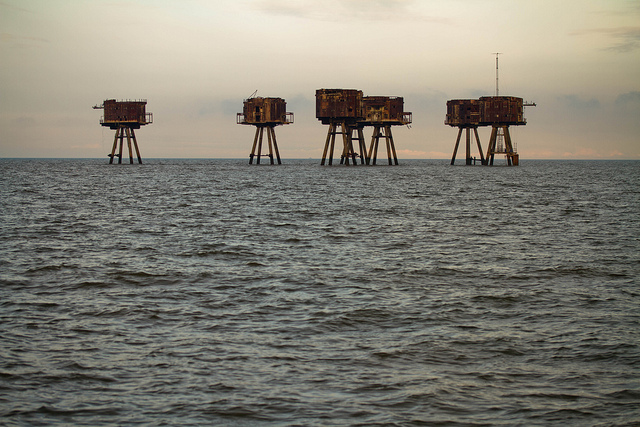 Hidden_Hunter said:
hardly the first place to attempt it - there's some idiot that did it in Western Australia
Click to expand...

I think this lot has that guy beat in the idiotic department. I'm guessing the location was a coin flip between this and the demilitarized zone between Ukraine the the Donetsk Republic.

argatoga said:
I think this lot has that guy beat in the idiotic department. I'm guessing the location was a coin flip between this and the demilitarized zone between Ukraine the the Donetsk Republic.
Click to expand...