After BBC sacked Clarkson from Top Gear and decided to revamp the show with different presenters and a new format, another popular motoring program has seen its end: Fifth Gear.

The man to make the announcement official is Tiff Needell himself, who blamed a money-related problem and wrote on Twitter:

"So busy enjoying Mille Miglia forgot to point out @FifthGearTV on @ITV4 on Friday was last one ever recorded. And no news of any more... After an unbroken 29 years presenting either Top Gear of Fifth Gear it feels weird not to have any filming dates in my diary!"

Tiff Needell started co-hosting BBC's Top Gear in 1987, with Jeremy Clarkson among others, where he remained until 2001, when the show was cancelled, only to be brought back a year later. Needell signed with Channel 5 to produce and host Fifth Gear from 2002 and the program was eventually distributed on the Discovery Channel, from 2012 to 2014, and on History Channel, since 2015.

Tiff Needell and Vicki Butler-Henderson, were on the show since the beginning, while journalist Jonny Smith, joined them in 2006. Over the years, the presenter lineup also counted Jason Plato, Quentin Willson, Adrian Simpson and Tom Ford.

Please let this mean that he, Vicki, and Tom will make guest appearances on The Grand Tour.
"Power corrupts. Lack of power corrupts absolutely."
-Redliner, ironically

Labcoatguy said:
Please let this mean that he, Vicki, and Tom will make guest appearances on The Grand Tour.
Click to expand...

Bummer about Fifth Gear. I always liked it.

But yeah, I hope to see them on other stuff now.
My Cars: 2008 Dodge Viper SRT-10 convertible (summer weekend car), 2001 Ford Mustang GT coupe (winter car & grocery getter)
There is no replacement for displacement.
- Wolfgang Bernhard, then Chief Operating Officer, Chrysler Group talking about the Dodge Viper SRT-10
... I ask Herb Helbig, vehicle synthesis manager for SRT and a member of the original Team Viper development group since day one, if they'd ever thought of adding traction control. "It comes with two," he says, pointing at my feet. "Learn to use them." Got it.
- Motor Trend on the 2006 Dodge Viper Coupe, November 2005 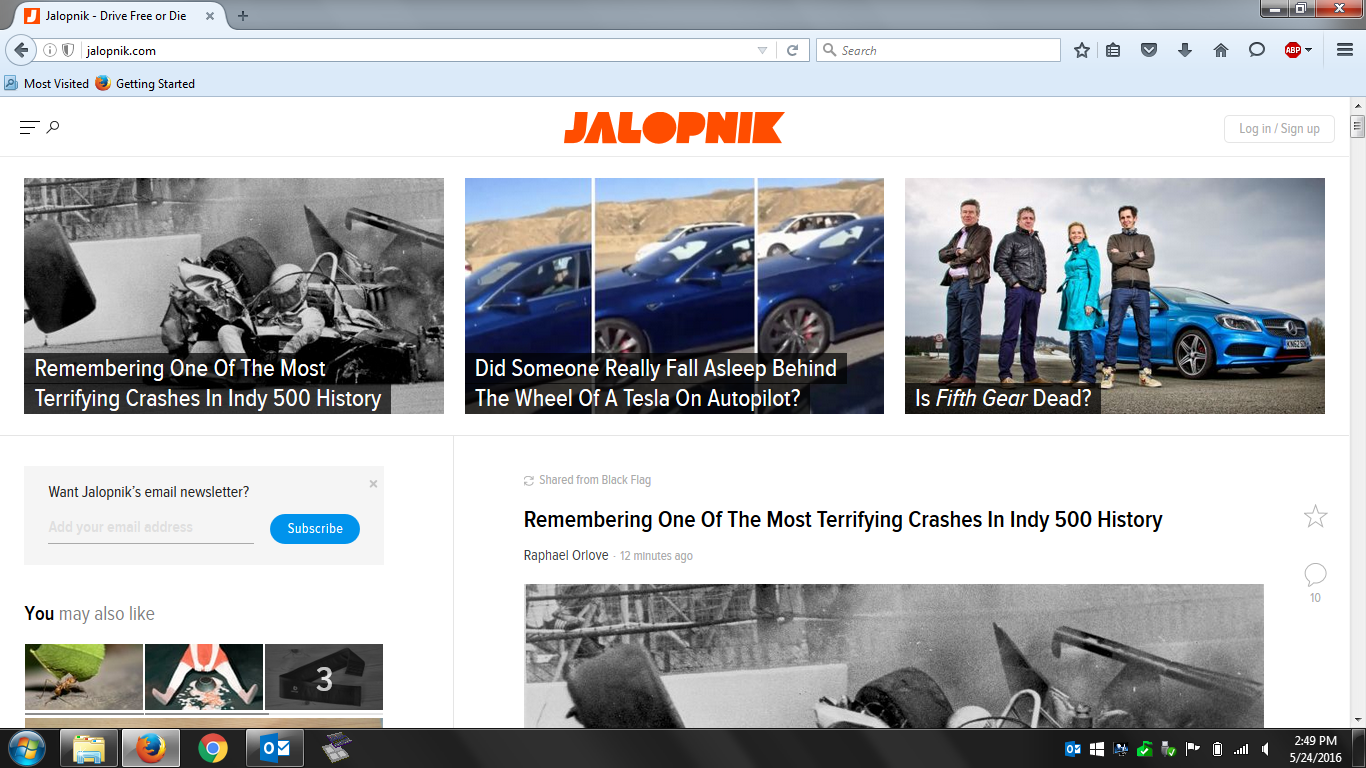 I haven't watched it in years, but I'm sad to see it go.

Hopefully someone picks it up.

I liked this the best V TG -sad day

Of all those I liked Jonny Smith the most, which is funny because he's the least car focused guy. I'd be happy to never see VBH again.
Last edited: May 25, 2016

That's still expanding since they started filming in the US last year and people actually watch it.

Haven't watched this for a long time, can't say I'm too sad to see it go unfortunately.

Fifth Gear is gearing up for a move to its fourth new home after coming to an end on A+E Networks.

North One Television is in talks with up to five broadcasters to commission what would be the 27th series of the motoring show after two runs aired on H2 and History, with repeats on ITV4.

Chief executive officer of North One Neil Duncanson said the level of interest in the rebooted Top Gear and Amazon?s forthcoming Jeremy Clarkson vehicle, The Grand Tour, mean it is an ideal time to be in the market with a car show.

?It does really well internationally because at its heart it is a really simple car show and there aren?t too many of those about,? he said. ?Lots of people launch car shows but they rarely succeed so having one which has run for 15 years puts us in a strong position.?

Host Tiff Needell sparked speculation about the future of the format after tweeting that last week?s ITV4 episode, ?was last one ever recorded?.


Duncanson said that he expected a decision over a new series to be finalised within several weeks ? with the format not necessarily finding a home at the broadcaster with the biggest budget.

?Its success overseas also means that we don?t need to ask for too much from a UK broadcaster,? he said.

?We are weighing up the best deal ? it may not come down to money but how many shows we can secure or the international rights we can keep hold of.?

He added that he was keen to find Fifth Gear a home on a free-to-air channel ? although a multichannel broadcaster is a more likely candidate.

If a deal is signed, it would mark Fifth Gear?s fourth home ? after launching on Channel 5 in 2002, it switched to Discovery in 2012 before settling in for its latest run at A+E Networks.

You can't kill this fucking thing.

It?s not the first time that Tiff Needell announces the end of Fifth Gear ...

Labcoatguy said:
Please let this mean that he, Vicki, and Tom will make guest appearances on The Grand Tour.
Click to expand...

"And now let's welcome our new tame racing driver. He's not the Stig, he is called... THE TIFF!"