Remember the tightwad tourist whose baggy shorts, frequent complaining and shouted questions about why none of the locals spoke any English made the ugly American the world's Visitor From Hell? Well, it's time for Archie Bunker to move over and make way for Petulant Pierre. According to a recent international survey, the French are now considered the most obnoxious tourists from European nations, and behind only Indians and the last-place Chinese as the worst among all countries worldwide. And it's not only the rest of the world that have a gripe with the Gallic attitude: the French also finished second to last among nations ranking the popularity of their own tourists who vacation at home.

But it's the unflattering image being reflected from abroad that may give pause to the millions of French travelers now heading off to summer vacation destinations across the globe. Will that move them to improve behavior the poll characterized as impolite, prone to loud carping and inattentive to local customs? If so, that's just the start: the study also describes the voyageur fran?ais as often unwilling or unable to communicate in foreign languages, and particularly disinclined to spending money when they don't have to ? including on those non compris tips. Over all, French travelers landed 19th out of 21 nations worldwide, far behind the first-place Japanese, considered most polite, quiet and tidy. Following the Japanese as most-liked tourists were the Germans, British and Canadians. Americans finished in 11th place alongside the Thais.

The survey was carried out among employees in 4,000 hotels in Germany, the U.K., Italy, France, Canada and the U.S. for the French travel website Expedia.fr. The study asked respondents to rank clients by nationality on criteria of general attitude, politeness, tendency to complain, willingness to speak local languages, interest in sampling local cuisine, readiness to spend money, generosity, cleanliness, discretion and elegance. Many replies simply conformed to long-established reputations: Italians, for example, were described as the best-dressed tourists, with the French not far behind.

American tourists fared well in some surprising ways: despite being notoriously language-limited, for example, they top the list of tourists credited with trying to speak local languages the most, with the French, Chinese, Japanese, Italians and Russians coming in last in the local language rankings. Does that mean Americans are the most polyglot tourists on the planet? Maybe not, says Expedia's marketing director for Europe, Timoth?e de Roux, who notes the poll's focus on hotel operators may explain the counterintuitive outcome.

"Most hotel staffs around the world speak English, meaning they'll communicate far more easily with native English-speaking American or British clients than with French or Italians who ? it's true ? are pretty bad with foreign languages," de Roux says.

De Roux explains how external factors similarly account for why Americans wind up as the biggest-spending and best-tipping tourists, while Germans and the French are among the worst penny-pinchers. "Our findings show the average French employee will get 37 vacation days spread over seven trips in 2008, versus 14 for an American ? who won't even take them all," de Roux believes. "That means the French tourist will more tightly budget his or her spending over more trips, while the American spends freely on the one or two vacations taken all year."

By contrast, poll finds the French and Americans similar in being perceived as critical and rude when they travel ? though for different reasons. The same local attractions that make France the world's top destination for 92 million foreign visitors each year, says de Roux, also explains why over 85% of French vacation in-country ? and wind up spoiled by it when they leave. "When they go abroad, French travellers demand the same quality they'd get at home," de Roux says. "Americans, by contrast, demand the same exceptional service they are used to at home, which is why they rank as the loudest, most inclined to complain, and among the least polite."
Click to expand...

Who might have guessed (everyone who visited France I guess).


I am currently reading this book:

Talk to the Snail 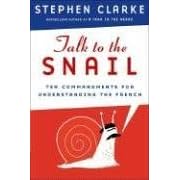 and it is pretty accurate and a great laugh - highly recommended for Frenchie Haters
Max (1986 E32 735i):

The question is, therefore, do France and the US deliberately send their worst abroad? Or do the smart ones stay in-country?
...I'm meant to put something here?

teeb said:
The question is, therefore, do France and the US deliberately send their worst abroad? Or do the smart ones stay in-country?
Click to expand...

Both? The people here who go to Europe can afford it, I would say 50% of Americans cannot.
LET | FOREVER | BE

Now we have some nice people but we have the very worst - drunk, obnoxious, rude, stupid, violent, did I mention drunk and er disgusting and messy.

May I make a general apology - sometime you encounter these idiots at home too.

Cobol74 said:
Now we have some nice people but we have the very worst - drunk, obnoxious, rude, stupid, violent, did I mention drunk and er disgusting and messy.

May I make a general apology - sometime you encounter these idiots at home too.

We've been beaten by the French. We are better than them! Don't ruin it now.

matt2000 said:
We've been beaten by the French. We are better than them! Don't ruin it now.
Click to expand...

We do have the very worst tourists, but thankfully only a few. But these few are in a gold medal class of their own.
[URL=http://www.speedtest.net/my-result/3503553675]

What is the difference between tourists and terrorists?


Terrorists have sympathizers
"If Liberty means anything at all, it means the right to tell people what they do not want to hear" (George Orwell)

Yeah they can be annoying at times.

Italians are roughly the same, and very rude as soon they realize that no, I am not fluent in Italiano, I (only) speak French, German, English and Dutch.

I do want to travel around the world someday. But, I would make it a point to learn a bit of the language of the non-English speaking countries I visit. Just enough to find a bathroom at least....or get me shot. One of the two.
97 Ford Mustang GT

teeb said:
The question is, therefore, do France and the US deliberately send their worst abroad? Or do the smart ones stay in-country?
Click to expand...

The smart ones pretend to be Belgians/Canadians.

"It's not long enough to use in bed." -rickhamilton620

chaos386 said:
The smart ones pretend to be Belgians/Canadians.

Heh, you've just reminded me of something.

If I bump into an American or Canadian (I find it hard to differentiate the two on accent alone) and I fancy a chat (for example, they're hot), I always ask if they're Canadian.

That way, Canadians don't take offence at being called American and the Americans don't normally mind a huge amount.

This doesn't work with the French and the Belgians, by the by, as the stereotype of Belgians in France is that they are a bit stupid. Just a stereotype, though.
...I'm meant to put something here?

Then again, I'm Chinese...so not much of a problem there anyway.

That's a wise move :lol: You should wear a t-shirt with that
"If Liberty means anything at all, it means the right to tell people what they do not want to hear" (George Orwell)

Then again, I'm Chinese...so not much of a problem there anyway.
Click to expand...

I prefer to point out that I'm Californian. I rather avoid being lumped in with Texans

thedguy said:
I prefer to point out that I'm Californian. I rather avoid being lumped in with Texans
Click to expand...

So where is the difference? Both kinds will have money, but one is more likely to be homosexual and liberal. :lol: If you come to the right places here, I guess to want to be Californian!

hajj said:
So where is the difference?
Click to expand...

One wears Cowboy boots the other Rollerskates duh! Both talk loudly though.

Well, Texans are very special, as this historic artifact proves, which I obtained in Dallas in 1991: