Are there English subs for this show? My French is merde.

The three have been tasked by the production to find the stig who have been lost somewhere in Japan.
The non automotive bits have a lot of " Lost in translation "vibes in it , and the three wander in Japan acting generally lick dicks.

The first challenge was to drive from Tokyo to the mount Fuji and the second was from the moun Fuji to the pass of Iroha Zaka , an alpine like road which was the pretext for a race won by the BMW Z4.

It was the end of the first part .

Holy shit!
I didn't have time to watch the 2nd season and they already came with the 3rd one.
Bloody awesome!

Japan Trip was just an appetiser.

First episode tonight on a serie of eight according to TV program.

The first episode is about destroying "indestructibles" cars:

Each member was assigned a car famous for their longevity :
a peugeot 504
a lada niva
and a volvo break

After trying to put 3 tonnes of weight on the roof ,pushed them from a cliff or buried them in the sand , the three cars were running so a race was done with the oil purged from the cars , soon the lada and the volvo stopped in a cloud of smoke meanwhile the 504 still works.

The 504 was crushed and put on fire and like the top gear episode of the toyota hilux , the car was shown on stage and an attempt to restart the engine was successful .

The news section was about Bruce jouanny ranting about the new Porsche carerra S which was given a turbo and of course as a purist he preferred the 911 R with no turbo and a manual gear box .

The lap track was done with the 911 turbo S which top the leaderboard beating the Radical.

The guest were two actors : Bruno Putzulu and Tcheky Kario who know how to entertain a public.

Still no English then?

The three presenters passed their stunt diploma level 3 , so a lot of crashing and banging .

The news section was about the end of production for the peugeot RCZ .

The car tested was the Honda NSX of which Bruce Jouanny found no fault . When tested on the track it achieved the 3rd time above the maclaren .

The guests were another actors/comedians : Michel Boujenah and Rapha?l Mezrahi.

Le tone compares the Peugeot 308 gti against the 309 gti in a old vs new battle.

The guests were again two personnalities of the media : Enora Malagr? and a mediatic chef Norbert Tarayre.

Maybe a better finale than GT? 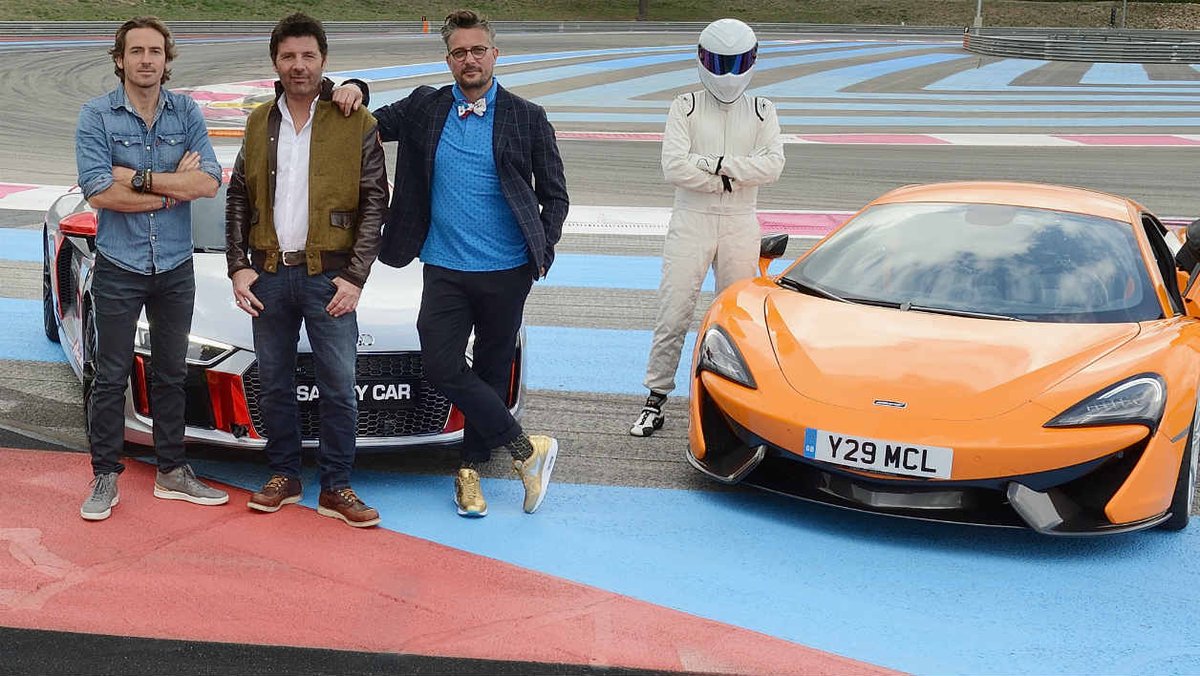 If i understand well , these new episodes are not new : those are some compilation of the bloppers or behind the scenes of the episodes already aired, just like some fillers in a DVD extra.
You must log in or register to reply here.
Share:
Facebook Twitter Reddit WhatsApp Email Link
Top