I just drove it home from Baltimore, and boy was it a loud, fast, and tingly experience. Proof pic and other info to come soon. 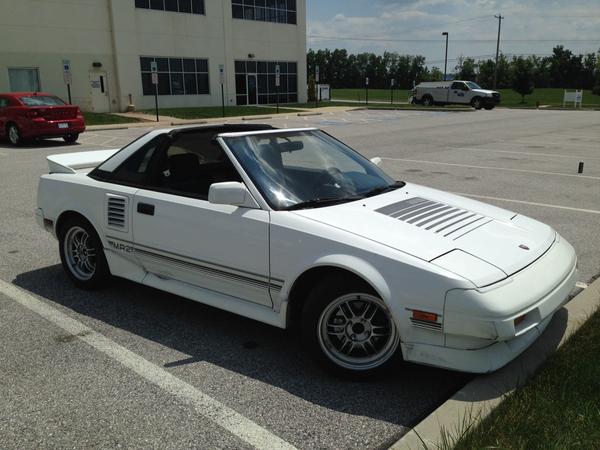 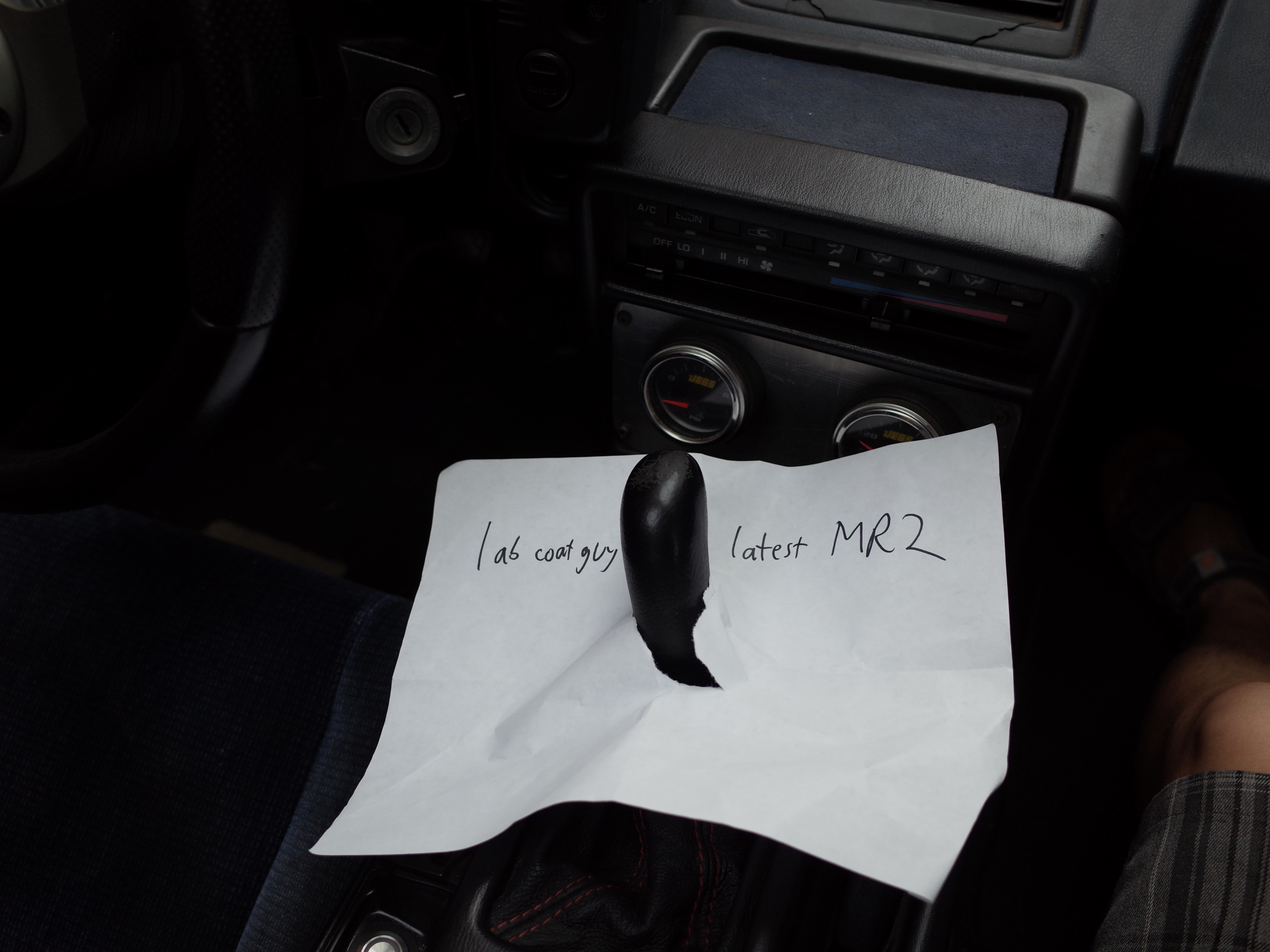 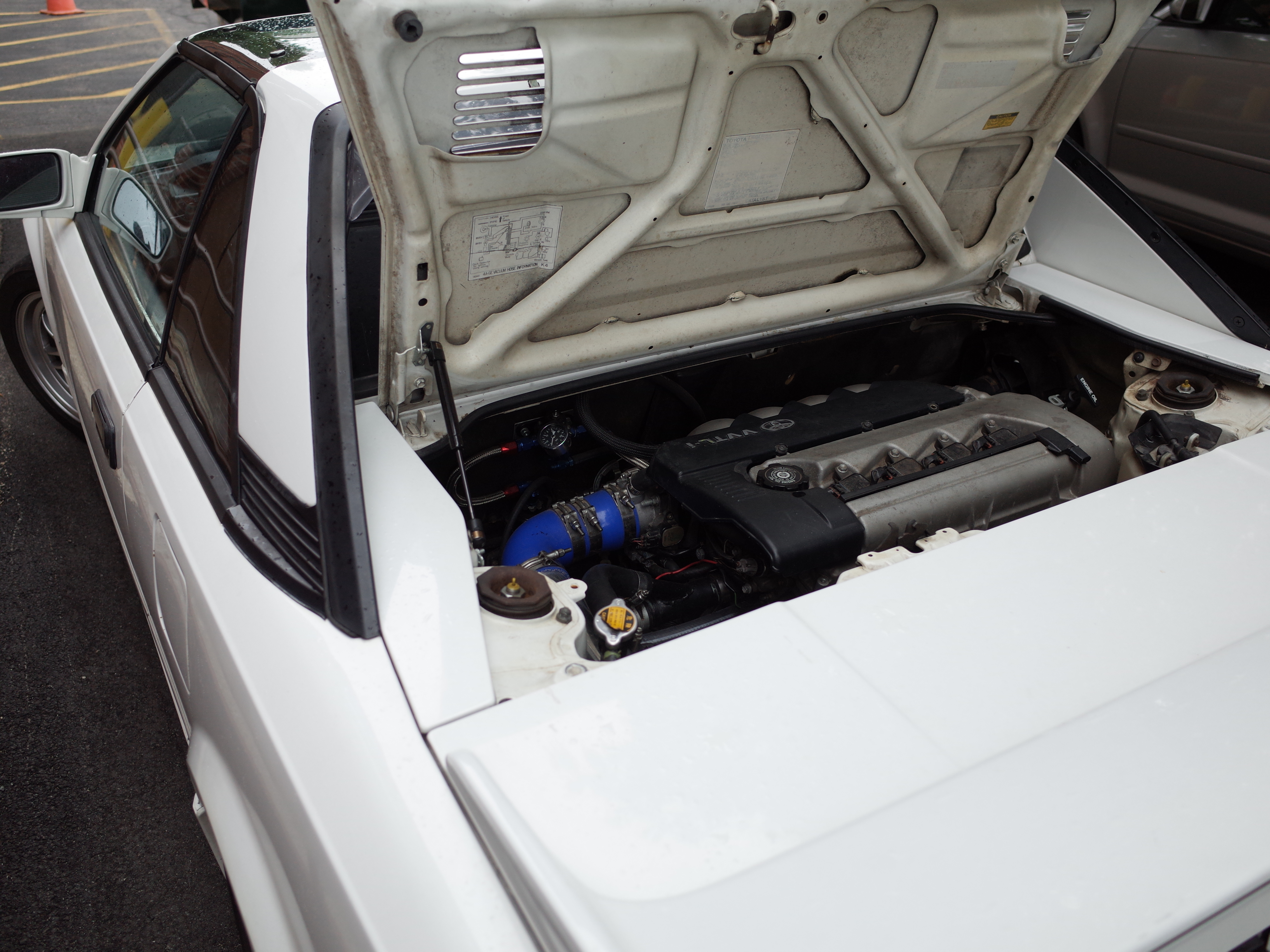 I can vouch for it being real. And utterly awesome in all its 1980s glory :lol: 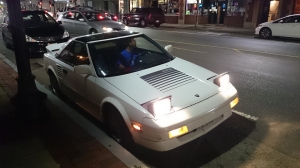 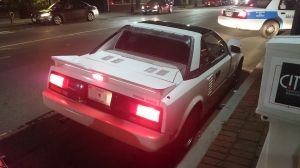 YES! Kick ass MR2, dude. Can't wait to see it all finished up.

Ok, this is pretty cool, and you're assembling a truly interesting garage of autos.

Any concerns, though, about buying someone else's project/engine swap?

That is awesome! Have fun!
"The way I see it a car enthusiast is somebody who is enthusiastic and interested about the motor car in all its various shapes and forms from supercars to East German 2-strokes made of cardboard. Everyone else is merely a car elitist IMO." ~ Captain 70's

I'd love to see a video to be honest... Must be a joy to drive

Brilliant!
Battered and weary after the craziness of the 1960s, the self-righteousness of the 1970s and the greed of the 1980s, I want to go home again, oh, so desperately - home to that land of drive-in restaurants and Chevy Bel-Airs, making out and rock 'n' roll and drag races and Studebakers, Elvis and James Dean and black leather jackets. Not that I ever owned a black leather jacket.
(Roger Ebert)


JimCorrigan said:
Any concerns, though, about buying someone else's project/engine swap?
Click to expand...

Well, let's see...The Saab had a Stage 3 tune with bolt-ons from the previous owner, and the Jag's manual transmission was also a previous-owner job along with a lot of deferred maintenance. At this point I've gotten desensitized to the idea of buying somebody else's project, so long as it runs well (or, in the case of the Jag, not), and I am fully aware that further issues will crop up at some point down the line.

So, first impressions:
-Without power steering, it is the most communicative vehicle I've ever owned. Every little thing it touches turns to a direct telegraph to my fingertips. I have to remind myself that the steering wheel isn't twitching because the alignment is off (and given the way it tracks the alignment is pretty good) but because it's reacting to changes in road conditions.
-At 6500 RPM, where the Saab redlines and the Jag has gone way beyond rev limiter territory, this car is just beginning to get into its stride when the valve lift hits. I have to consciously remind myself to keep my foot down and not shift until at least 8000 RPM, otherwise it goes out of lift in the next gear. To be honest, though, lift doesn't provide as much of a power boost as, say, turbo boost, so I don't know what those VTEC people are crowing about; maybe they've just never driven a car with serious turbocharging.
-Having sixth gear is also something I need to get used to, and at the same time not try to do it in my other cars.
-With the Koni yellows set to maximum comfort, it is really smooth riding on the freeway. The loud exhaust (no cat, single factory muffler, leaks) and short wheelbase (like whoa) do put a damper on the comfort level though. Definitely putting an aftermarket cat on the exhaust for sound and smell reasons.
-Need to figure out what to do with the intake. The stock Mk1 MR2 intake piping goes around half the trunk and is obviously made for sound muffling, but there's no side scoop on the driver's side where the intake mainfold points to so any intake inside the engine bay becomes a hot air intake when the car is stopped. I'll try whacking an AEM dry-flow filter right off the manifold and see how that works performance-wise.
-T-tops are great fun, and I expect I'll get used to the whole routine of removing and installing them the same way I did with my '93's removable sunroof. It hasn't rained in earnest around here, though, so I'll have to see what their leak situation is.
"Power corrupts. Lack of power corrupts absolutely."
-Redliner, ironically

Fucking sweet. That thing has got to be a riot to drive. Any other mods planned beyond fixing the exhaust and intake?
Saying smaller engines are better is like saying you don't want huge muscles because you wouldn't fit through the door. So what? You can bench 500. Fuck doors. - MadCat360

Maybe wheels; a set of BBS-like meshers would look better than the Enkeis, light as they are. That'll come later though. I just bought a Scion shift knob with the proper 6-speed pattern on eBay, and will do some minor interior mods to reroute wires and switches. I'll record some video soon as I figure out a camera mount.
"Power corrupts. Lack of power corrupts absolutely."
-Redliner, ironically

This is awesome! I'm so jealous. I need to pick up one of these myself someday. The BBS wheels will look great. Mesh style wheels definitely fit the design more than 5/6 spoke wheels.
2013 Subaru BRZ. #Handling
2004 GMC Yukon. #TowRig and #Daily

Labcoatguy said:
Maybe wheels; a set of BBS-like meshers would look better than the Enkeis, light as they are.
Click to expand...

That was a popular (if expensive) choice back when those were new and it's still somewhat popular today.

I am partial to RPF1s, but hey.
Moths are just goth butterflies.​

They'd look great on either of the later generations of MR2, but the Mk1 demands something more angular and 80s. My other thought is the Saab-esque triangles that also came stock.

Also, just came back from recording a couple of videos. It only confirms that one muffler isn't enough to make a 4-cylinder sound good. It is in desperate need of the cat that I'll try to have put on early next week.