Hemily said:
Yeah, more about the balance i assume? so.. bigger engine would ruin that, no?
Click to expand...

Most likely, yes.
Although this guy clearly disagrees:

He doesn't seem too concerned about balance. :lol:

Well, that looks like a stock 3S-GTE iron block, though everything else is probably beefed up. That generation was always a bit unbalanced with a bigass iron block behind the driver; it ended up more of a grand tourer than either the Mk1 or Mk3.

In terms of engine reliability, I wouldn't put any Volvo engine in the top five, I don't think. It goes Toyota, Honda, and then a toss-up between a few diesels and Chevy/Ford V8s.

Labcoatguy said:
Well, that looks like a stock 3S-GTE iron block, though everything else is probably beefed up. That generation was always a bit unbalanced with a bigass iron block behind the driver; it ended up more of a grand tourer than either the Mk1 or Mk3.
Click to expand... 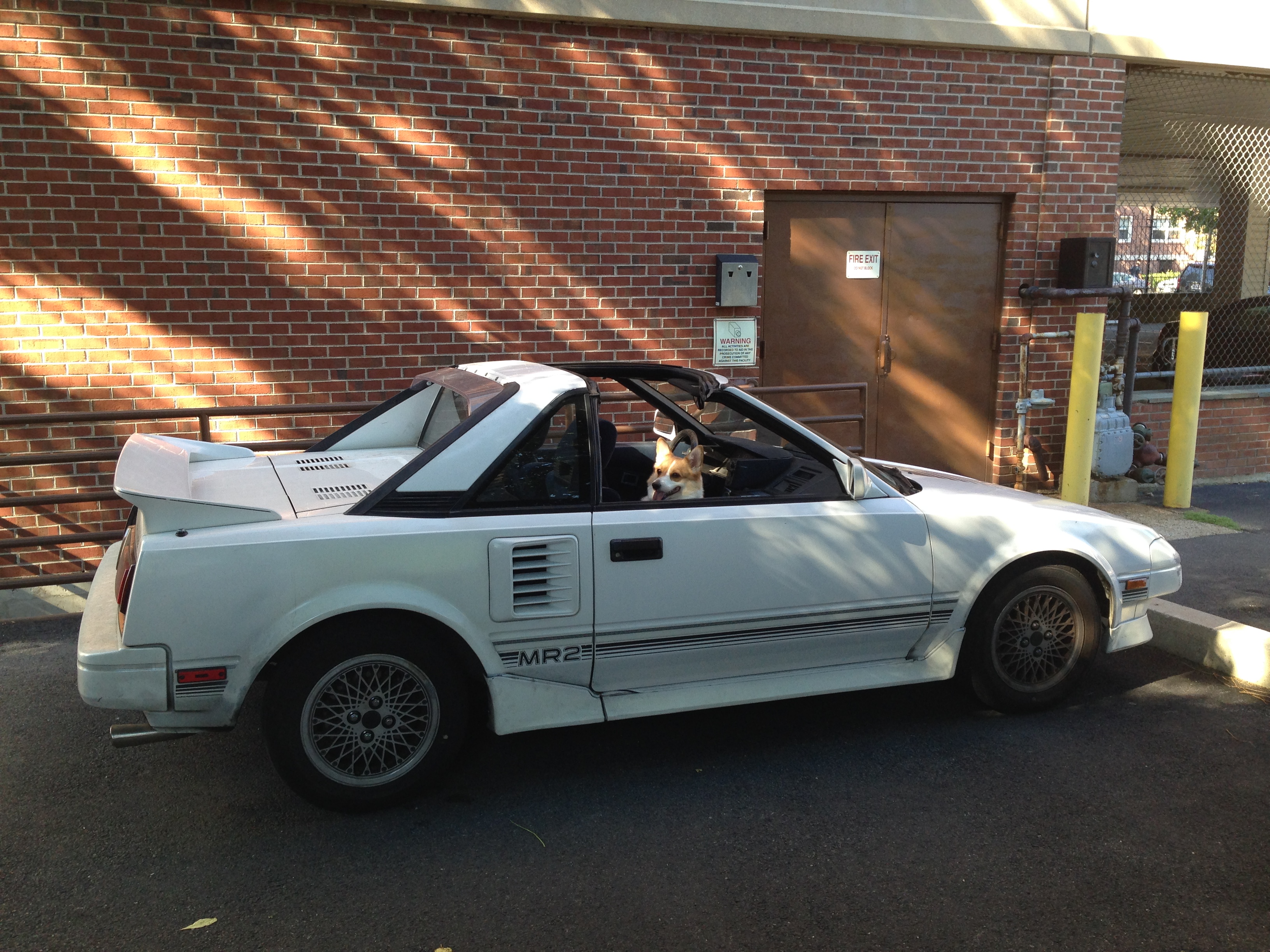 That dog matches the MR2 so well. :lol:

Well, just accepted an offer to sell it. I took some pictures today before showing it.

Such a cool car...but, I’ll wait patiently for the XJS V12 PYC thread

The AW11 MR2 has never been a car I'd call pretty, at least it's never was pretty in my eyes, but recently, I had a change of mind. If I had to pick a car that showcases 80's design the best, amongst some high-end Italian supercars, this would be it. It just looks so quirky, characterful, and actually pretty damn good. I still don't think it looks pretty in a conventional way, but they have definitely grown on me. Especially if they have 80's graphics or two-tone paint schemes.

I bet with a 2ZZ-GE engine it turns out to be quite a blast, especially since the engine was chosen by Lotus for the Elise S2 as well (which indeed makes your car a self-built Elise in a way). Sad to see it go, but then, if you need the funds for a V12 XJS, I understand it.

It sure was a blast, and that chassis/drivetrain combo was utter heaven. It's gonna be a while before I plump for that XJS; not being John Prescott (or, for that matter, this forum's own Spectre), I'm not quite at the two Jags part of my life yet.

Welp, it's official. Been a good four years, even if this year of driving barely happened.