I meant ever, not only this season. Real's track record for matches on German soil is that bad, apparently (heard several times from commentators during the Sky or ZDF broadcasts). I think that is remarkable, given Real's decades-long high quality.

And yeah, Borussia did at least beat them - but it was not enough, sadly. They also beat Bayern a few weeks ago, when it didn't matter anymore... well, that's not quite true, beating Bayern always matters.

I just hope they beat Bayern again on May 17th.
B

If Mourinho loses in the final against Real Madrid.. Ouch.

An all Madrid final, I just had a feeling that may happen.
Bummer for the Chelsea fans, though. Still, maybe Roman will buy a striker or two, who can score goals now. 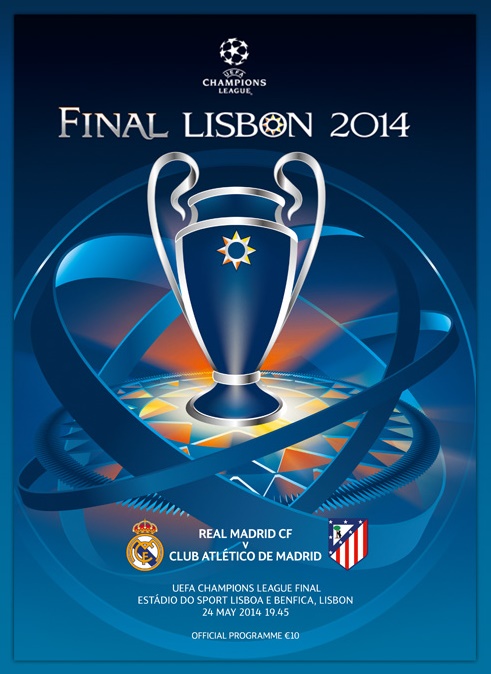 Come on Atletico! That'd be a pretty fantastic double for them, if they manage to pull it off

2 mins away from doing that. Then it all ended in tears.
Proper CL final this

That was a good match. Too bad Real managed to turn the tides that late. But well, Athletico was out of juice after minute 70 or so, therefore it was foreseeable. That said, 4-1 was definitely too high.

What I really liked was the level of fan support. I guess that's to be expected when you have an inner-city duel in a European final. Lucky that it was only 6 hours away from Madrid, too (it would have been even more awesome to have that pairing in Barcelona, though ).

A very dramatic match, if perhaps not not that great technically.
The scoreline for the history books, was too flattering to Real, as the actual game was much closer.

I do feel some sympathy for Atl?tico to get THAT close to winning their first UCL title, but pleased for Real for achieving the landmark tenth title.

A surprising rick from Casillas lead to the opener for Atl?tico and it was very tense for Real for a loooooong time. I really liked the Ramos goal, very good header but a small defensive mistake by Atl?tico, who otherwise played well at the back. Nice finish by Bale, I wonder if Real now believe that he was money well spent?

The second goal by Bale pretty much won the game, with the next goals just being for a bonus.

That was actually a great game to watch. I really enjoyed it. I do feel for Simeone. I am not sure what happened in the incident that brought him onto the pitch, it seemed like he was provoked during a goal celebration or something?