No Brodit holder requires you to vandalise your car, it's what's so great about them.
Goodbye...
R.I.P.
...Aaaand it's gone

anyway, DanRoM the color fits the car.
Click to expand...

After my weekend trip a month ago ended with a seriously dirty motorcycle due to bad weather, I decided that a hugger (that's what the instructions call it...) for the rear wheel would be prudent to have. 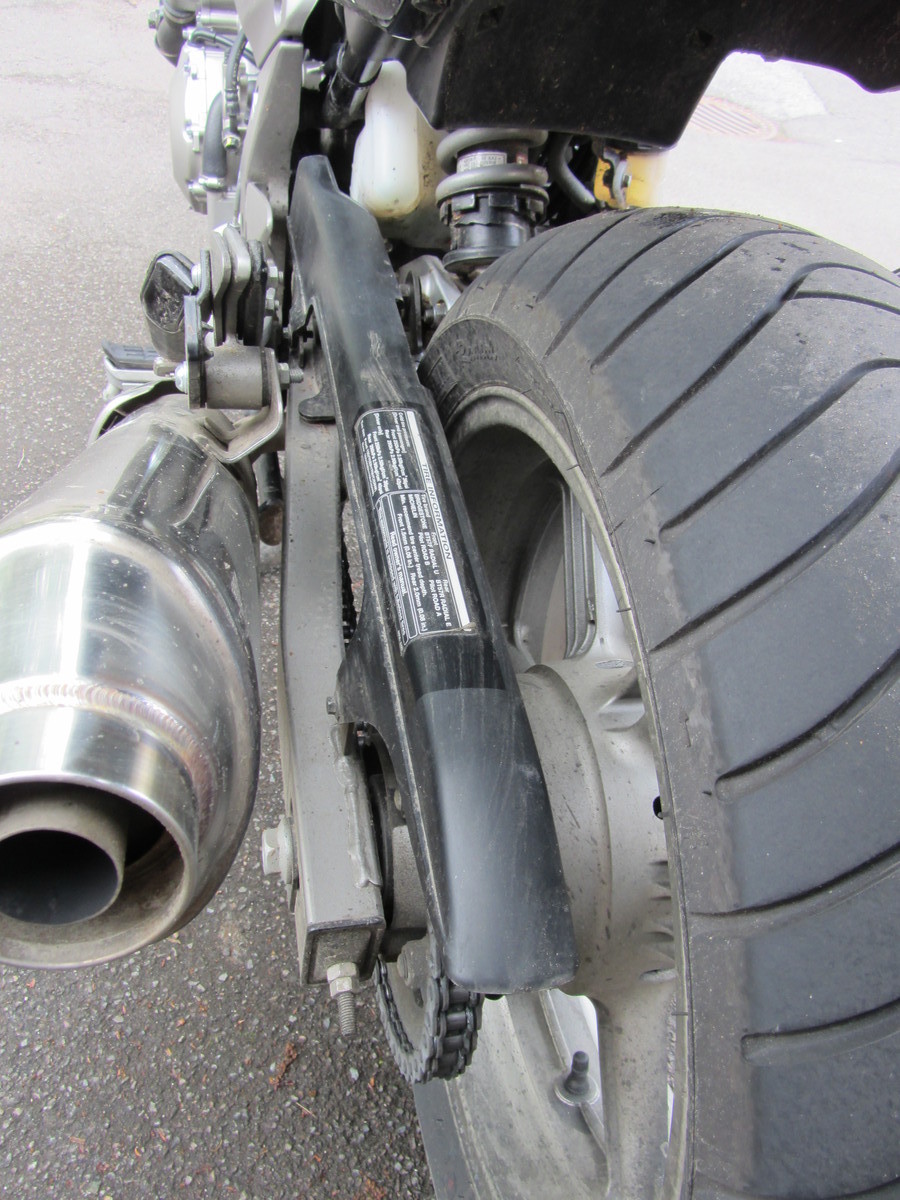 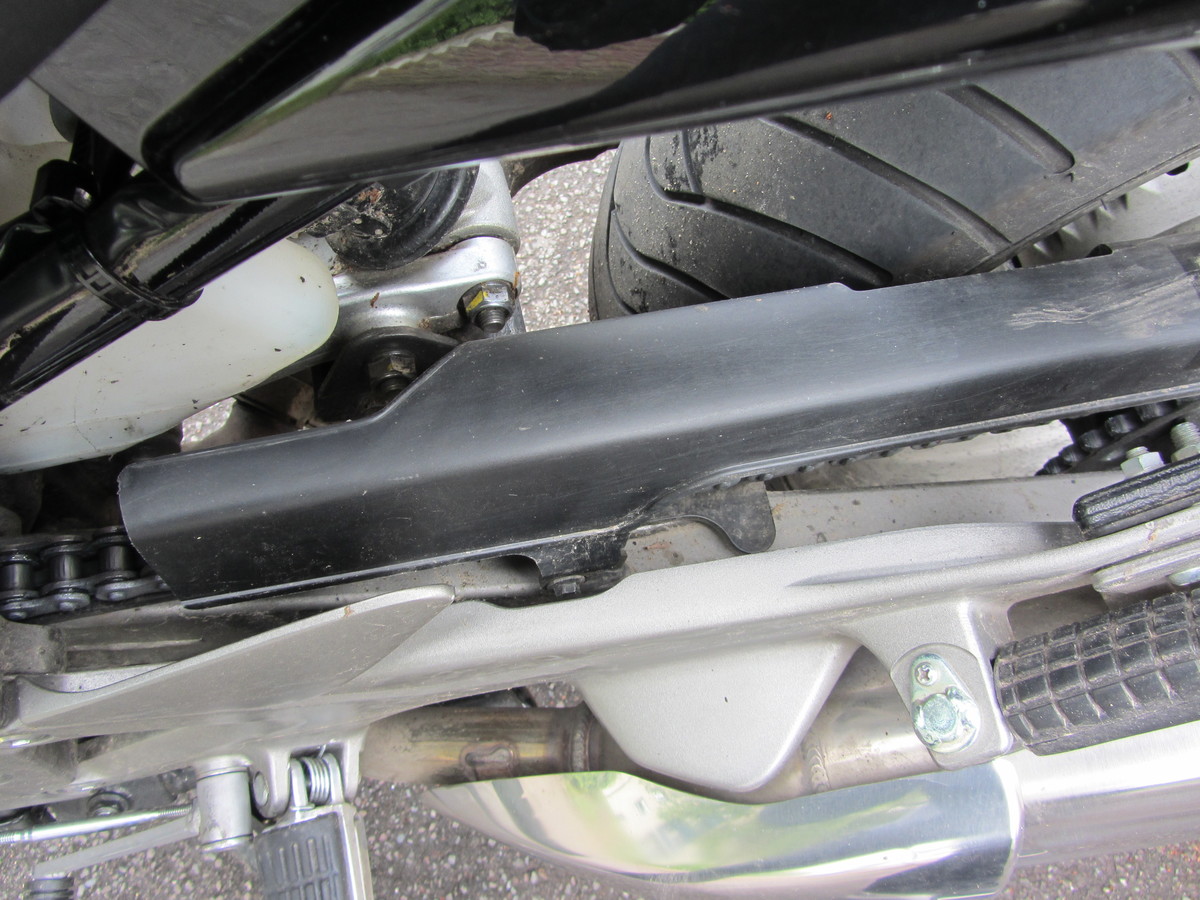 The view from the right: It's clearly visible how much dirt is thrown onto the spring and what else is thereabouts. 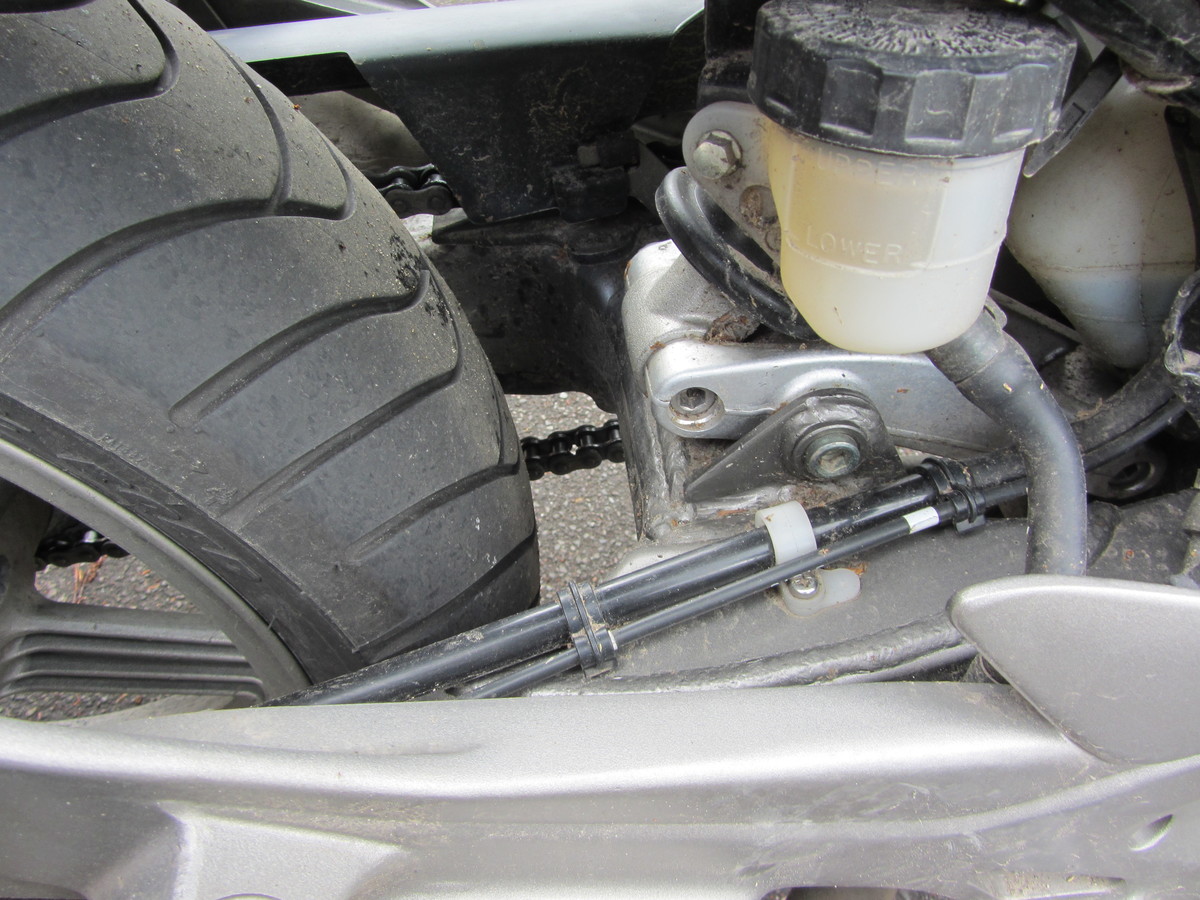 After: hugger with integrated chain guard. Please ignore the large portions of black on the pictures, my camera had a slight problem. 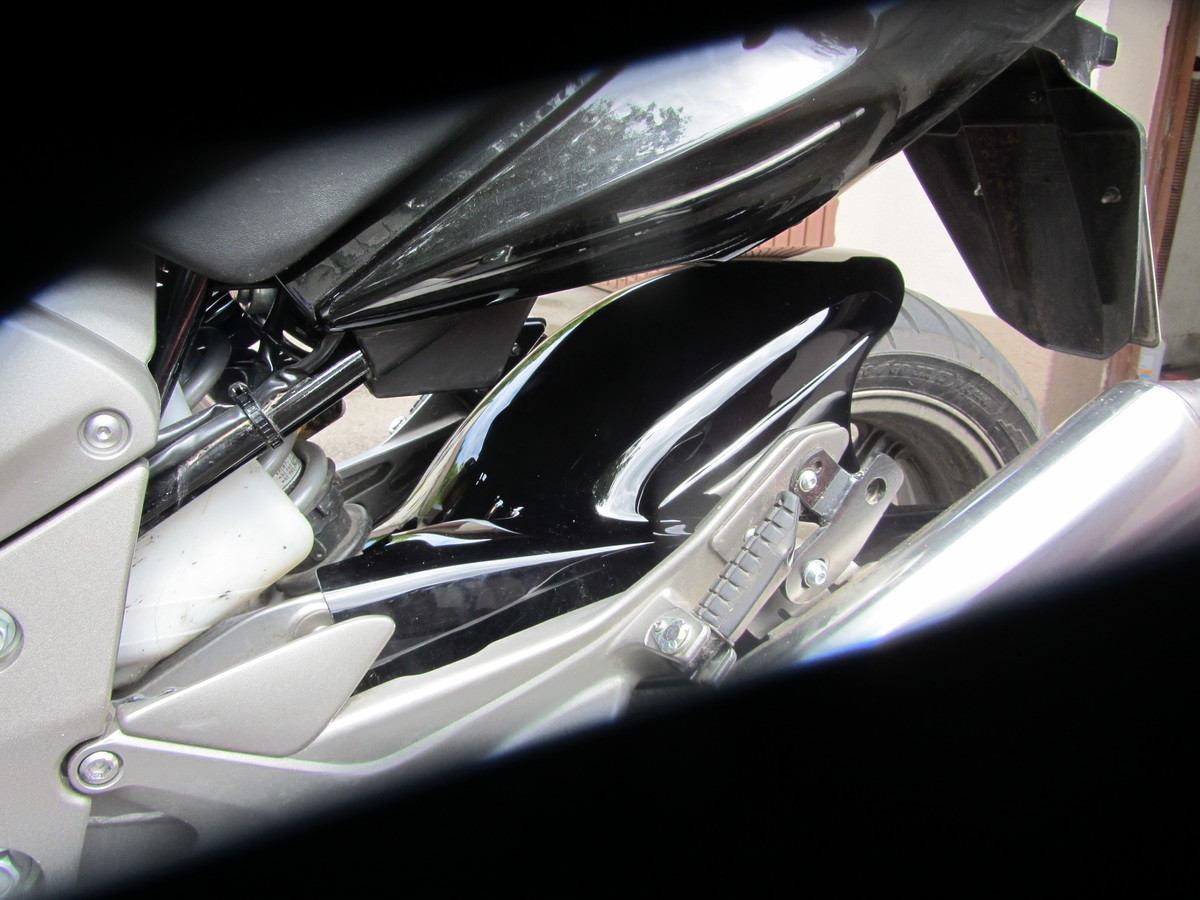 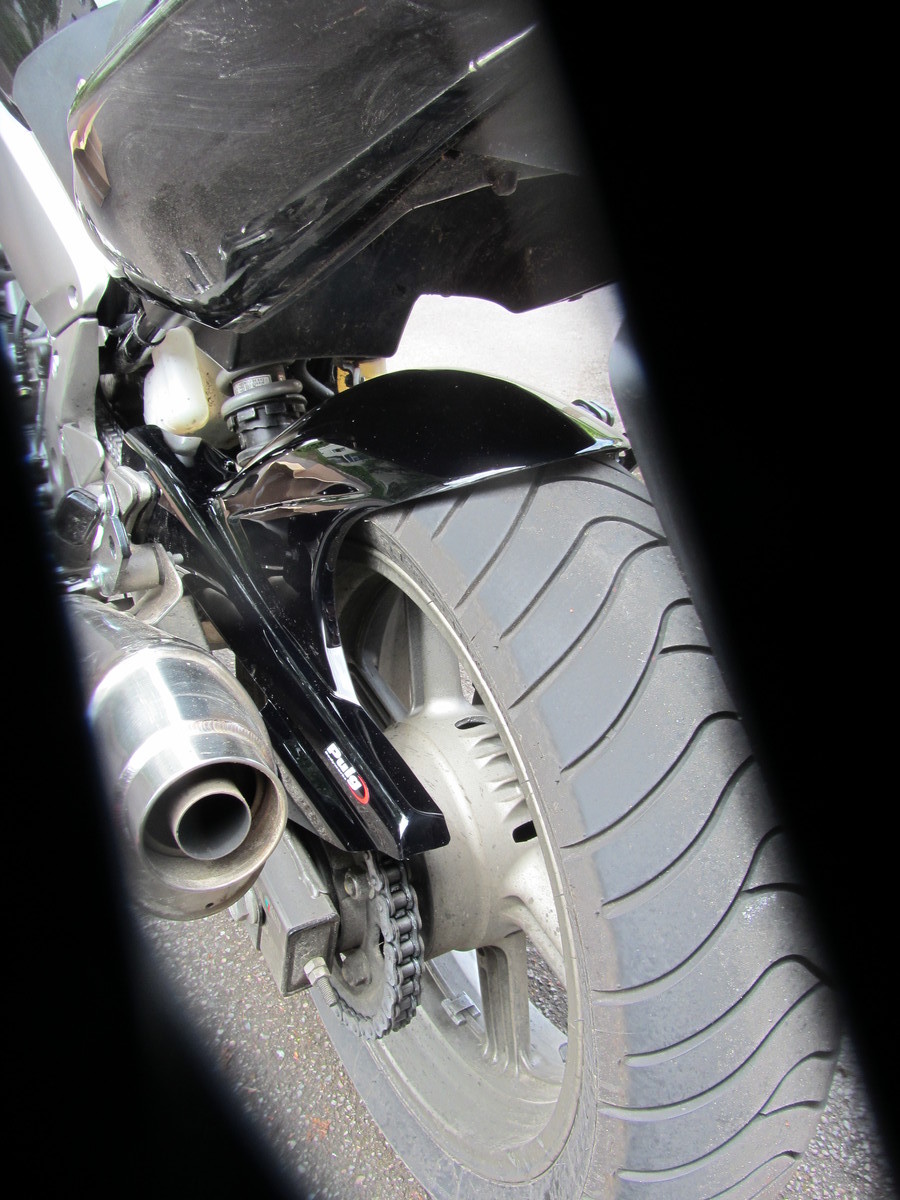 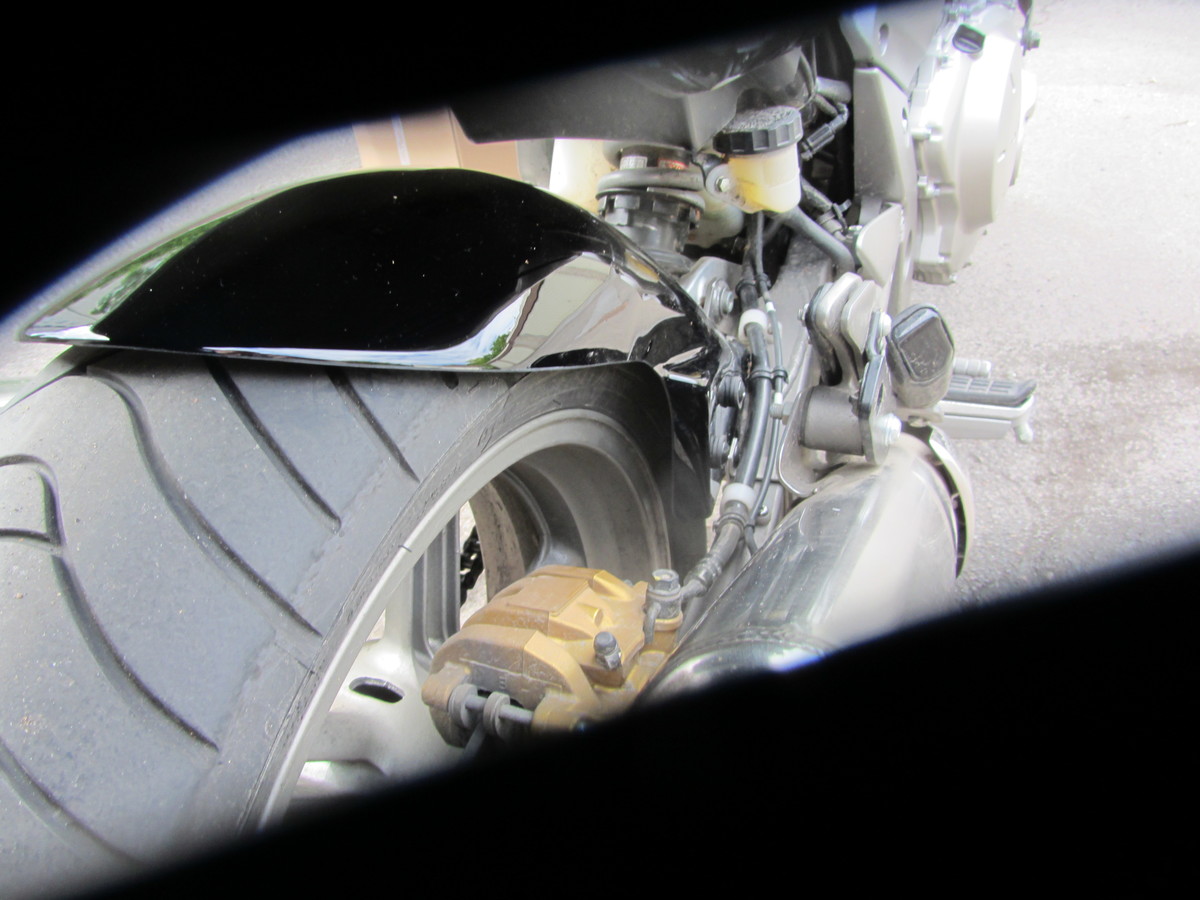 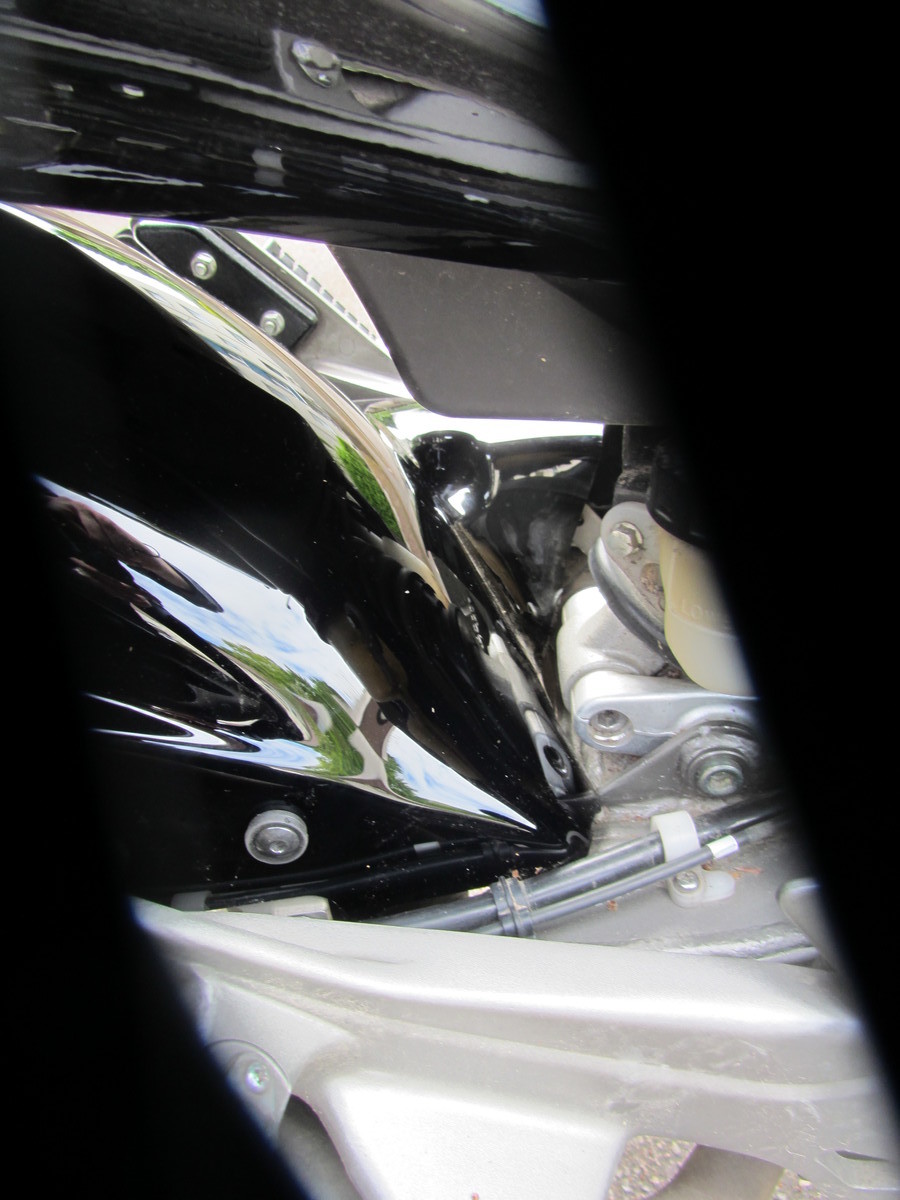 The screws, especially the front one on the left side, were in somewhat difficult to reach places, so the whole operation took me about two hours and lots of swearing.

Good thing about having a black motorcycle: You can order such accessories in the "unpainted" version. Well, it is painted, but in standard black.

why were you squinting while taking a picture..
​

A video of one of my laps at Ringmeet '13 made by leviathan:


It's a pity the dialogue is so difficult to understand because while this lap was slower than the one with IceBone posted earlier in this thread, I was much more relaxed this time and we had tons of fun. Especially when overtaking all those slow cars... 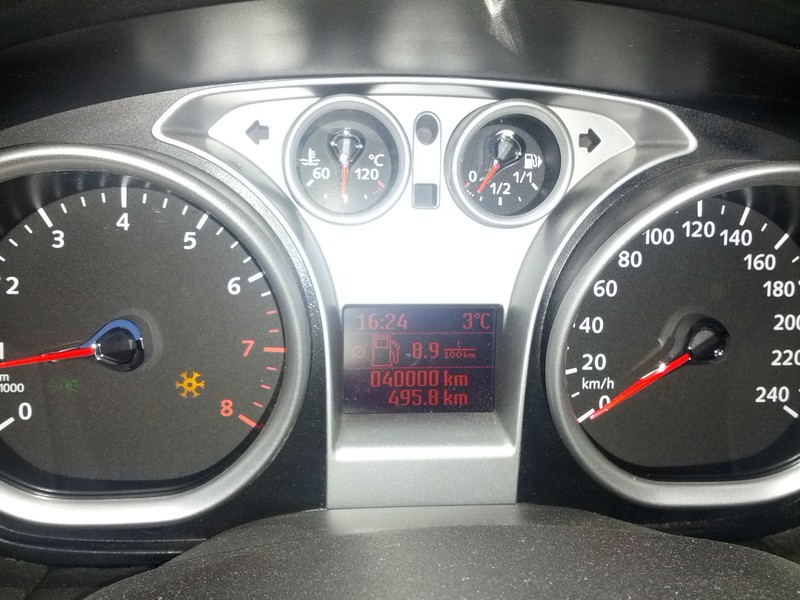 And today, I discovered a whoopsie when I opened the bonnet to fill up the windscreen washer tank: 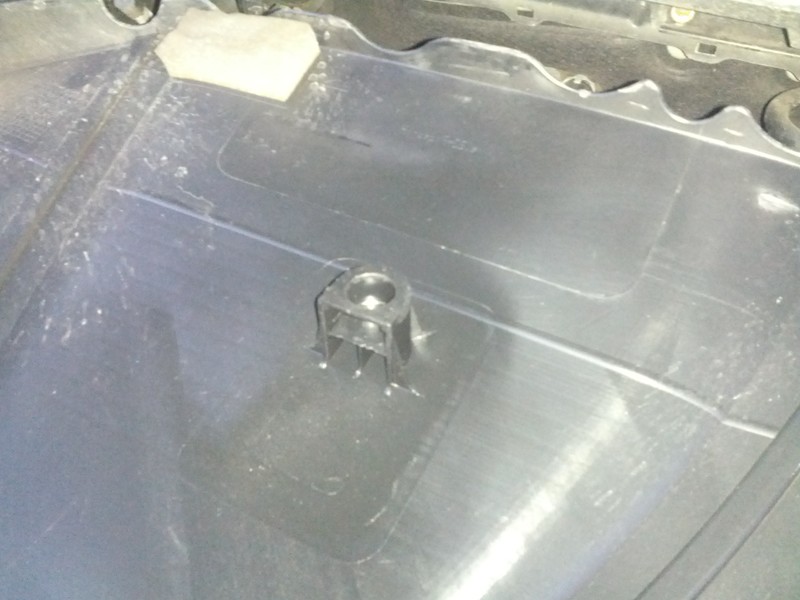 That's the bottom of the engine cover, which I found was laying loose on top of the engine. Apparently, the rubber fillings that go into that mount seen at the centre of the picture have gone missing. There are three of those mounts that correspond to bolts on the engine, and two of them are missing their rubber fillings, and without they don't hold. I have no idea how that happened.

Well, I'll stop by the Ford dealership tomorrow and see how much a replacement will cost. Plus, I will take a picture of the engine without the cover - how I could have not done that a few minutes ago when I discovered the loose cover escapes me.

If you were MXM, you would find the bolts inside your combustion chambers.

Well, it could be they are somewhere in the engine bay, but I presume they have long fallen out at the bottom. And they're only small rubber pieces, so even if they are still present, I don't worry about them damaging anything.

So... this is what a Focus 2-litre 4-cyl engine looks like covered in dirt and under bad light conditions: 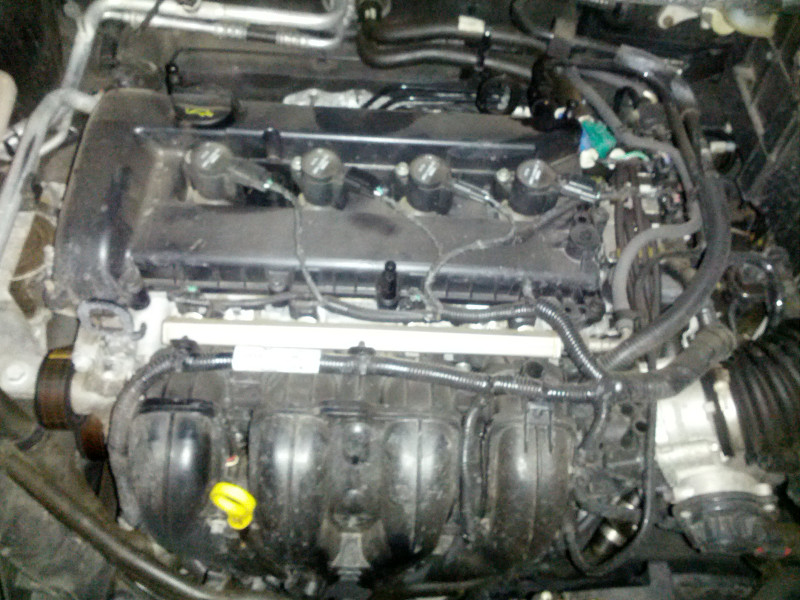 And also: Apparently Ford is now a luxury car maker. At least the prices they charge for spare parts suggests that: 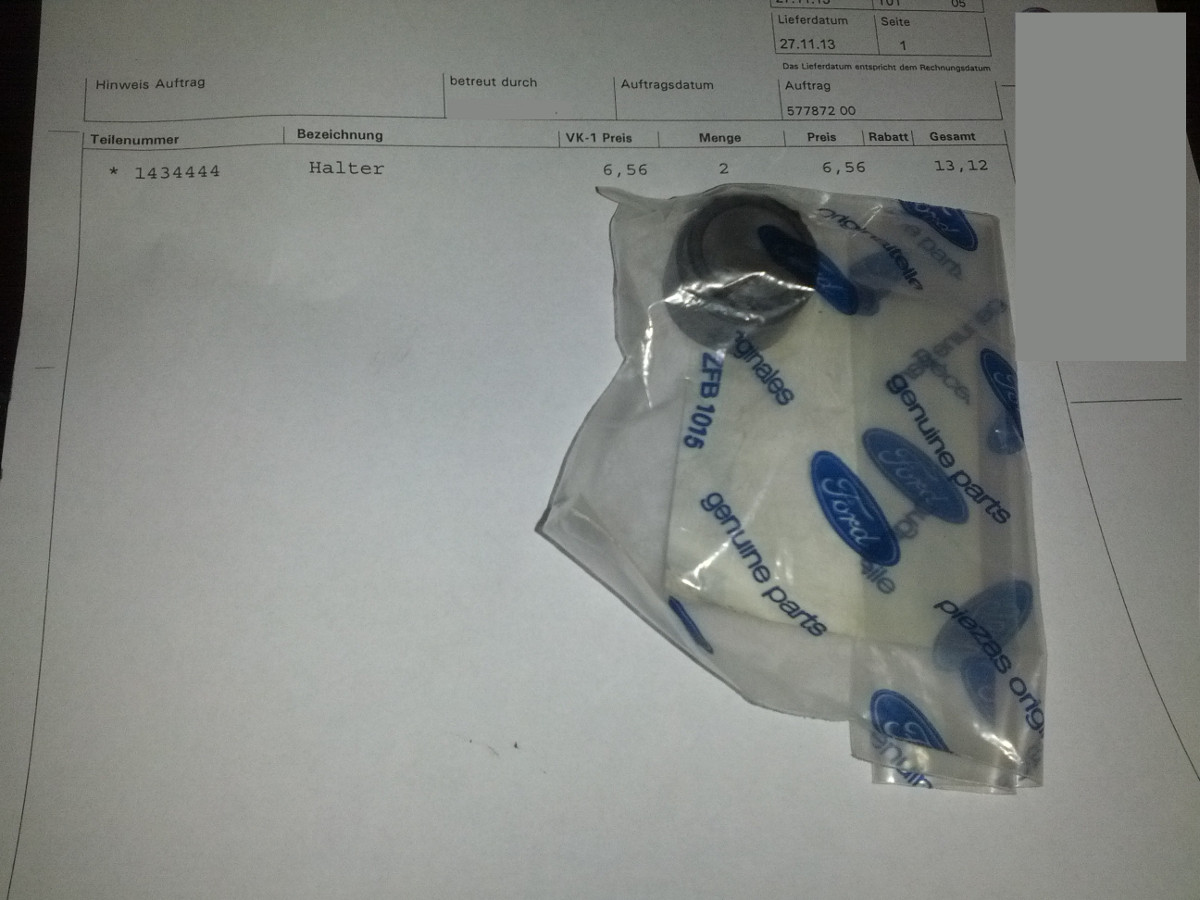 But the bag says genuine! It's worth 15 ? alone

Honda charge $20 a piece for little rubber o-rings that go around the spark plug holes in an Integra. So $80 for a set of rubber rings... That's what I call extortion.

Damnit. After washing my car, I noticed this on the bonnet: 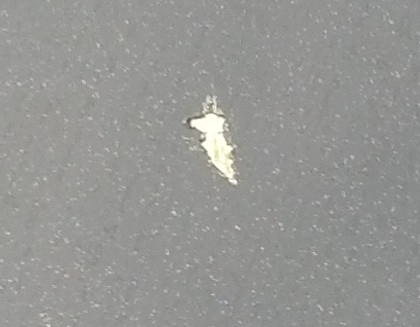 It looks larger than it is because there are no references on the picture. It's only a few millimetres long.

Probably hit by a stone or something.

To reply to your question from IM earlier (sorry, got distracted by work): Learn to live with it. Touch-up pens will only make it worse, AFAIK there's nothing execpt a full-bonnet respray that won't look worse than a small chip.
Battered and weary after the craziness of the 1960s, the self-righteousness of the 1970s and the greed of the 1980s, I want to go home again, oh, so desperately - home to that land of drive-in restaurants and Chevy Bel-Airs, making out and rock 'n' roll and drag races and Studebakers, Elvis and James Dean and black leather jackets. Not that I ever owned a black leather jacket.
(Roger Ebert)

Today, I encountered a strange problem: My sunroof wouldn't close, instead opening again like after detecting something in its way 1 centimetre before full closure (safety feature). Only the path was clear. So, I decided to park elsewhere (not on the street, but instead on the company parking lot) because of open sunroof and went on foot to check for available spaces before starting the car again. And then, after having restarted the car (complete with key out of lock), the sunroof worked normal again...

In my case, it was a reboot that helped... 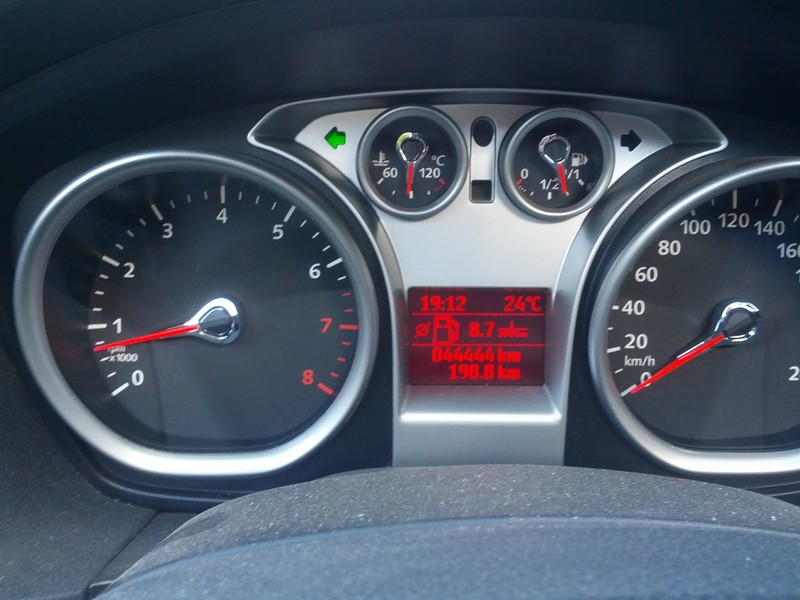 As I wrote in the venting thread, today the rear licence plate got stolen from my car while it was parked in a side street near my place of work. Yes, only the rear one. The police officer told me it was probably taken to conceal a real plate while stealing fuel (all fuel stations have video surveillance, but mostly only from one direction). Still, driving around with different numbers must catch unwanted attention, I think...

Anyway. In addition to taking the plate and destroying the FinalGear frame , the thief also showed his lack of skill with a screwdriver and carved a big scratch into the boot lid: 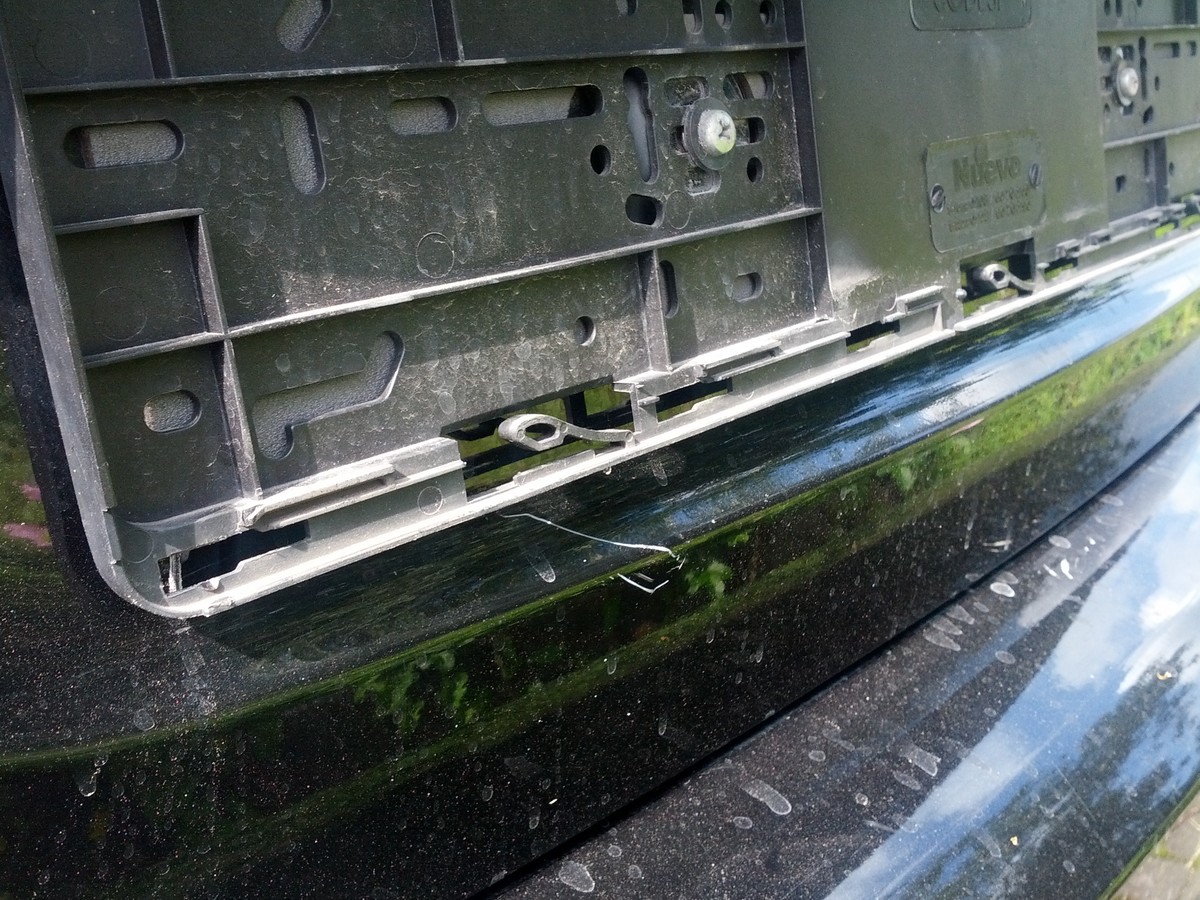 I've called the police at once and was told I could file the complaint of an offense at the police station in my suburb (which the site of crime wasn't located in), so naturally I drove through half the city without a rear plate and of course overtook a Police motorcycle. The officer then came alongside to talk to me, but I could tell him truthfully that I was on the way to his colleagues.

Now I have to re-register the car with a new licence number, which is really sad. The old number was mine mine mine, even if it was "only" initials and birthday which is probably the least original vanity plate in Germany.

So, the financial damage amounts to:

As mentioned, the paperwork with the police is done. I will probably receive a notice that the criminal case is dropped because no suspect could be identified.
My insurance - I have full coverage, but with a ? 300 co-payment - is also informed. Next step: Re-register the car before driving again.
Last edited: Jul 1, 2014
You must log in or register to reply here.
Share:
Facebook Twitter Reddit WhatsApp Email Share Link
Top