We've had this thread a million times, so I figured I'd rehash it at the Random Auto section.

Anyways, Lastsoul asked me yesterday, over a beer and the Maserati TC in mind, that if I had 25k to spend on anything, which cars I would go for. The discussion didn't really go anywhere, since I just thought of cars I wouldn't want to spend money on ? and that I wouldn't really want to buy my existing cars again in better condition, so no 5k Miata or 5k Mi16 (which would be brilliant buys, no question). 25k in this case stands for euros, but it's also possible to do it in GBP or USD, I don't really care. Because this is an international forum, I'm thinking of all the cars as priced withouh Finnish import tax.

My approach would probably be to try and find at least one car from every useful segment, meaning it would require thoughtful justification for each car, as it would stand for all available cars of that style. There is a possibility to try and bend the framework a little, but more of that later. I would try and find a respectable condition car for roughly 4000, and put a grand aside for each car to assess any initial maintenance needs, or to take care of the "type fault". The more you know about old cars, the more aware you are of the one thing or several things that always go on them, so this would enable a somewhat worry-free purchase (obviously hoping that a grand is enough to do anything). Let's say there is an attempt at that.

1.) Long-distance cruiser: 4000 euro Jaguar/Daimler X300/X308. Probably RHD, so some of the grand would be left for a headlight conversion. Four grand should buy a really nice one with no terminal rust (we know where to look), and I'd hope for it to be a 4.0. Colour combo could be anything as long as the interior was tan. I was initially wary of the fuel bills, but if we're talking about spending 25k on a garageful of cars, there will probably be a solid source of fuel money as well. If fuel bills would be a concern, I'd probably go for a W124 instead.

2.) Citro?n: Citro?n BX GTi 16v, for 3500-4000 euro, leaving money for a suspension overhaul and XU9J4 engine service. I think it's the one Citro?n I'd dare to buy, it's got the Mi16 engine but combines it with an even lighter body, yet has an unique spin on the 1985-1995 PSA powertrain bloodline thanks to the Citro?nisms inherent in all its aspects. For me, it would count for all hot hatches. No Xantia Activa because unobtanium Activa-specific parts and the Xantia rear flank rust due to mud packing inside the quarterpanels; no CX because intimidating construction, no XM because I want it light.

3.) Japanese car: Mazda RX-7 FC for 4k. Any trim combination as long as rust is not an issue. Grand will go to making sure the wankel is in tip top shape; I'd even take a non-turbo car as long as it ensures the car is in respectable condition. If no FC can be found, then SA/FB as long as condition is as requested. FC could be petrol blue with grey leather, but the SA/FB might as well be brown with a brown velour or tan leather interior.

4.) Convertible: Cheapest possible 986 Porsche Boxster. Can be RHD if cheaper. Can be Tiptronic if cheaper. This would be a beater convertible with no regard to grenading IMS or anything else: what counts is that it's a sub-5k Boxster with money left for an oil change. I'd just drive it until it won't do anything any more.

5.) Hauler Of Things: Saab 900 OG Coup? or Combi Coup?. The thing can swallow anything. 4000 should buy you a somewhat rust-free one in Finland, and the grand would just go for making sure it won't rust anytime soon; it would also include a hatch spoiler. Ultimate spec is black with oxblood interior, but no-one went for leather in Finland. Can be flatnose or the newer one, and a turbo is a plus.

There. Or I could just buy a 4WD Duster and a RenaultSport Clio 172 and call it a day.

But my garage is already 25k, and I selected all the vehicles

I think I can get six vehicles for this money.

Need an autocross car, Ford Focus SVT it is. Not really picky on the year or door configuration, so should be able to find a decent one for $3,000. RT - $14k

Would want something a bit oddball. Something to cruise to the local car shows and people would say, "WTF is that?!" Honestly I'd like it to be Citroen 2CV, but that would probably blow the budget. TBD, but let's say $4,000. Up to $18k now.

Lastly I want something I can take off-road and not care about denting, scratching or destroying. Let's depart from the Ford thing a bit and look for a Nissan D21 4wd. Would need to lift it, do a SAS and bob the bed. Probably looking at $5k to buy the truck and do that.

That brings us to $23k. I'd use the extra $2k to build myself a nice trailer to haul the toys around with.

Pretty good thinking! I'm sure anything old, poorly and French would be available for less than 4k still running.

$10k for the Acura TL that I already have.

BMW 135i Coup?. That is pretty much my perfect car regarding size and power.


Daily driver: BMW 3-series, because Germany and it's big enough for me.

City Car: FIAT 500 (because I hate myself).
Seriously, I have no idea what a good, cheap city car is in Germany. Golf? Polo?

Redliner said:
Seriously, I have no idea what a good, cheap city car is in Germany. Golf? Polo?

I'll take a C4 Corvette and a SN95 Mustang GT and spend the rest of the money cruising up and down the main drag of a hick town looking for hookers and blow.

Oh yeah!
Forgot you have those! :lol:


JimCorrigan said:
I'll take a C4 Corvette and a SN95 Mustang GT and spend the rest of the money cruising up and down the main drag of a hick town looking for hookers and blow.
Click to expand...

I guess the up! and its siblings are better than taking the bus? 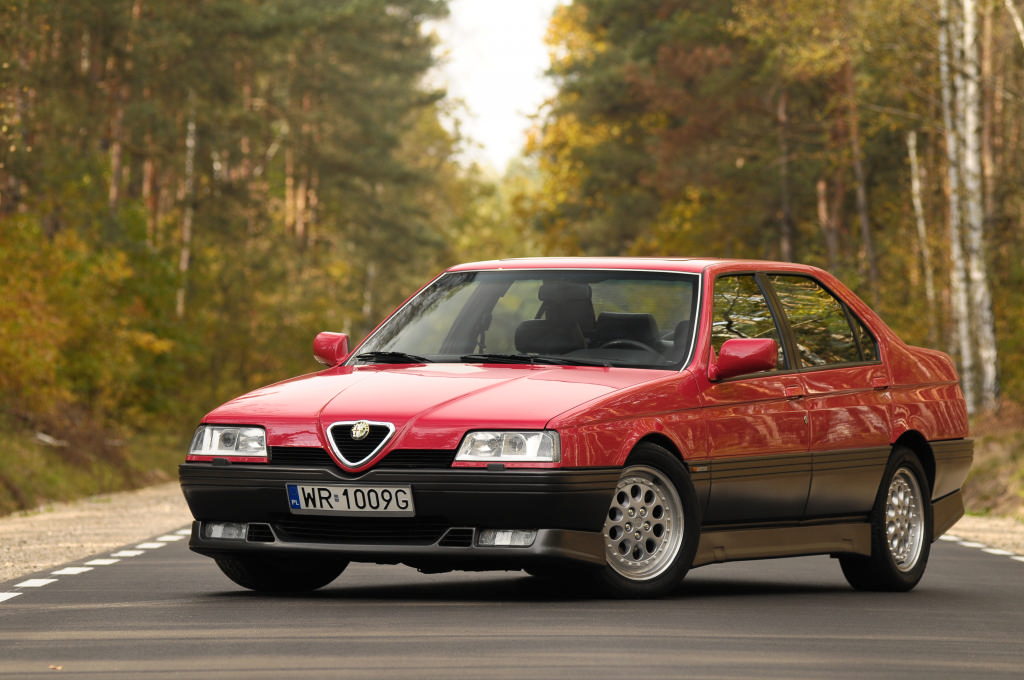 A few years ago I was really close to buying an Alfa Romeo 164 24v, with a manual.

1. X300 XJR $5k
2. Beater Mopar product a la General Mayhem with a big block and manual. Figure $5k plus another $5k to make it handle and be reliable.
3. Sorted 80 series or high mileage 100 series Landcruiser $9k

$1k left would go to tires on the Landcruiser, BFG KO2s.

...I mean...a chinesium bike is 25k hondumonies...um...it beats the bus and they throw in a free helmet.

$1k left would go to tires on the Landcruiser, BFG KO2s.
Click to expand...

gaasc said:
...I mean...a chinesium bike is 25k hondumonies...um...it beats the bus and they throw in a free helmet.
Click to expand...

That's why I pretended I was in Germany.
Our money is not worth much, and 25k buys us ONE decent vehicle.

Already got $12k's worth, no one said I had to sell any

Der Stig said:
Already got $12k's worth, no one said I had to sell any
Click to expand...

If I see some, can I increase the budget? Like if I sell my Miata and Jeep for a combined $5k, can I make this into a Mustang+30k challenge? :lol:

gaasc said:
...I mean...a chinesium bike is 25k hondumonies...um...it beats the bus and they throw in a free helmet.
Click to expand...

Redliner said:
That's why I pretended I was in Germany.
Our money is not worth much, and 25k buys us ONE decent vehicle.
Click to expand...