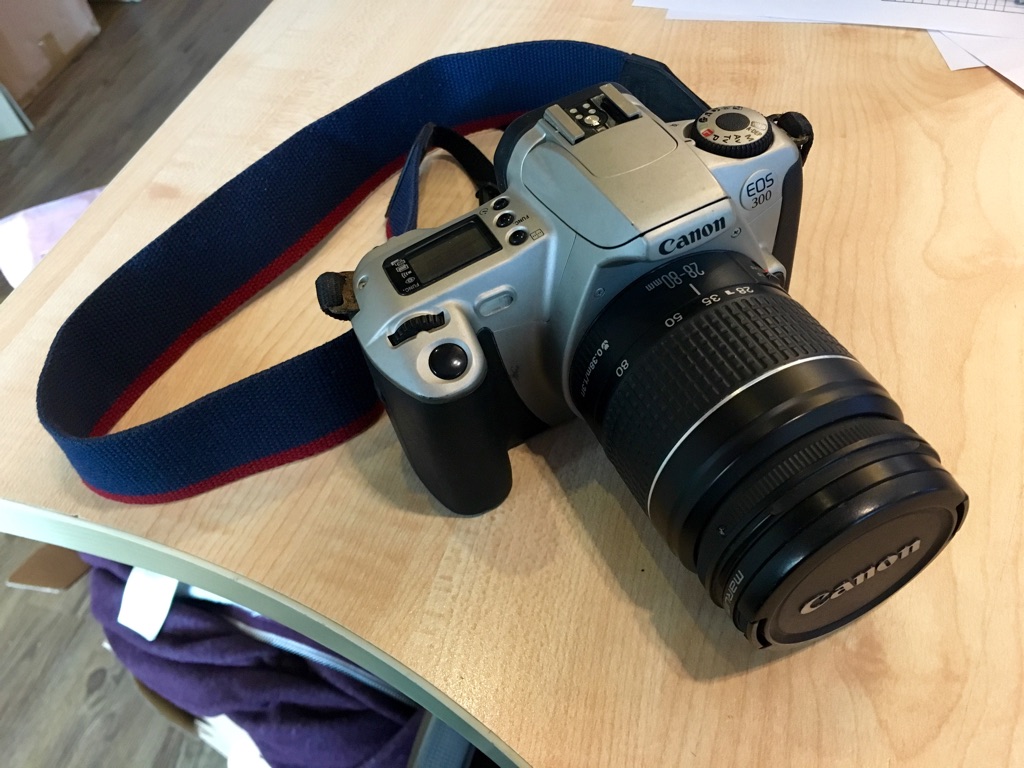 Got it today from a colleague for the very appealing price of Free. Already popped a couple of CR2 batteries and an expired Kodak Gold 100 film in there

2 years ago I went to the Shoreham air show with MWF, and most of the pictures I took at >130mm with my Nikkor 18-200mm looked out of focus.

Ever since, it seemed to me it got worse and worst, and since I'm planning to go to another airshow this weekend, I googled to see if something could be done about it if I brought it in for servicing.

Here is what I found on http://photo.stackexchange.com/ :

Just a note. I found this thread while researching the same issue, though the range that wouldn't focus for me was more like from 80ish to 200. After reading the comment by GRM, I investigated my lens and found the front element to actually be loose, having backed out on its threads. As I never take the UV filter off, I never would have found this with out GRM's comment. I tightened the element snugly, trying to resist my urge to torque the crap out of it, restored my UV filter to its rightful place, and bam. Autofocus issue appears to be fixed. Thanks, GRM.
Click to expand...

Thanks to James Duncan for his solution, which solved the problem instantly. My front element was loose, so I gently snugged it down (about one full turn clockwise) and VOILA, problem solved. My lens now focuses at all focal lengths. There is a notch in the outer ring of the front element (on the outside); I just placed a fingernail in the notch and gently turned until it stopped. What a relief!
Click to expand...

[...]bunch more users finding the fix works for them
Click to expand...

So I checked mine, and it was exactly the issue. 2 minutes, no tool needed and it's fixed! On one hand I'm happy it is fix with no money spent, on the other, I'm pissed at myself for not looking it up earlier.
- Alright you Primitive Screwheads, listen up! You see this? This... is my BOOMSTICK!

Haven't had time to post about this since returning from my Iceland trip over a month ago, but this was my first major travel outing using the A7ii. Overall it performed pretty brilliantly in both tripod and handheld action. The IBIS gave me so much more latitude when shooting handheld in low light situations compared to my D600. Couple that with the much lighter weight and overall decreased weight of my travel kit, I can't go back to full size pro body DSLRs.

The latter two I used with the Commlite adapter 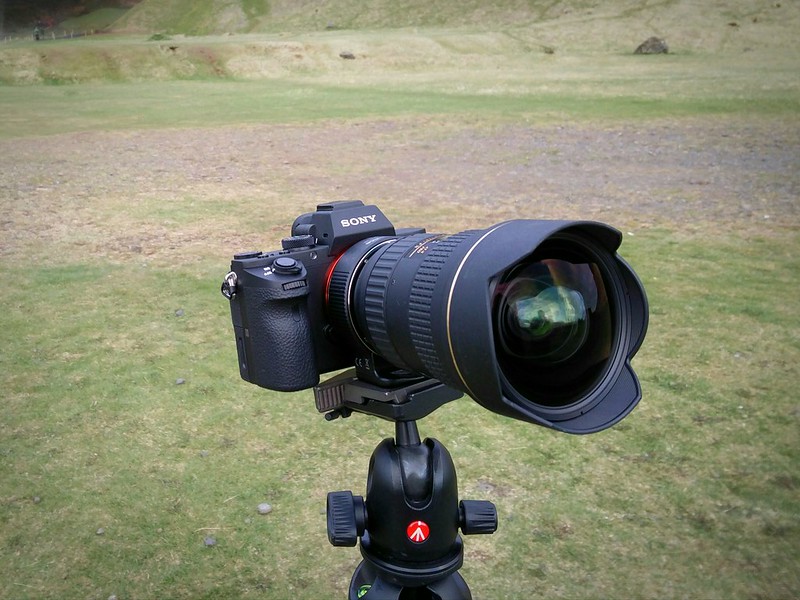 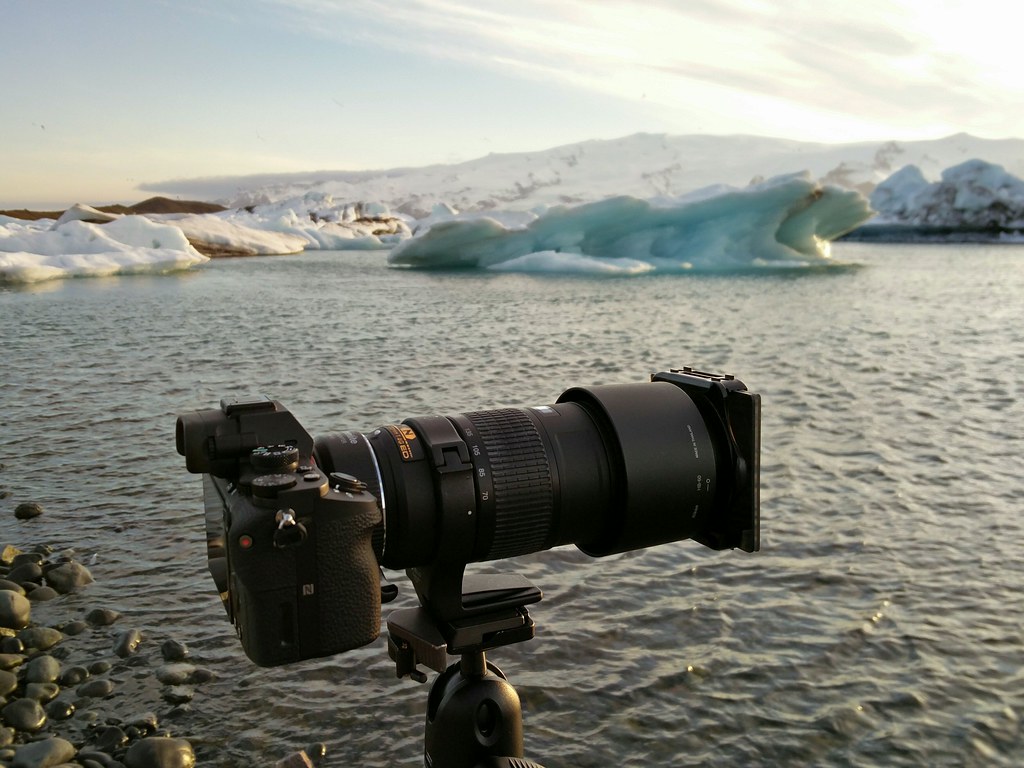 My thoughts on the Nikon F mount Commlite adapter:

This is the latest model which requires you install the latest version firmware on the Sony A7 (any model and very easy to do) in order for the adapter to work at all. It allows for full functionality including AF, light metering and communication of EXIF data from the lens as well as full aperture control.

Performance: It....works, for the most part, AF can be finicky depending on conditions or sometimes refuse to work at all, forcing me to unmount and then remount the adapter on the go. Also sometimes focus can lock on right away or sometimes it can hunt forever, again depending on light conditions and what I'm trying to shoot.

With native Sony lenses I get full use of the AF points on the VF field of view from edge to edge, with the Nikon lens I'm limited to a cluster of AF points more towards the center, similar to my D600. If I have to shoot action or moving objects, its effectively useless. If i'm shooting static portraits or landscape, it works fine.


Sent from my ONE A2005 using Tapatalk

Now on to some fun stuff, shooting in Iceland posed its various challenges, notably whenever I shot waterfalls. Sometimes windy conditions would blow spray right into my face and into my camera lens.

My first attempt at shooting Seljalandsfoss Waterfall was an abject failure and I was totally unprepared, especially standing behind the falls and having water blow back constantly back at me. Me and my friend returned there the next day and I had my camera literally 'double bagged' with a full camera body dust/rain shround and a ziploc sandwich bag on the front element so I could compose and frame my shot thru the sandwich bag, then whip the bag off right before I shoot my long exposure. 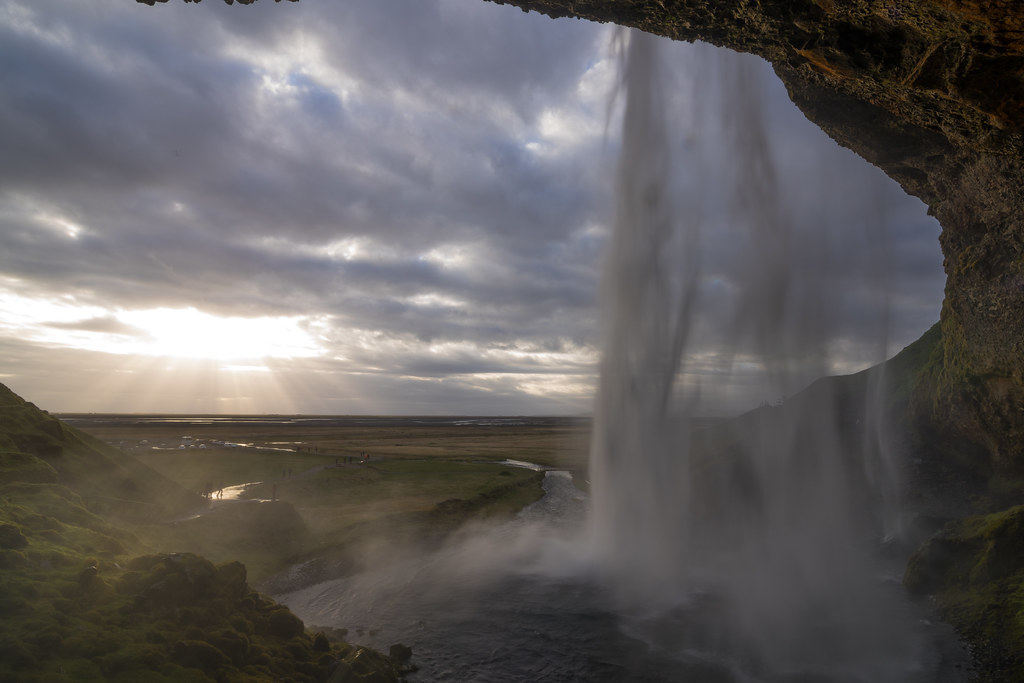 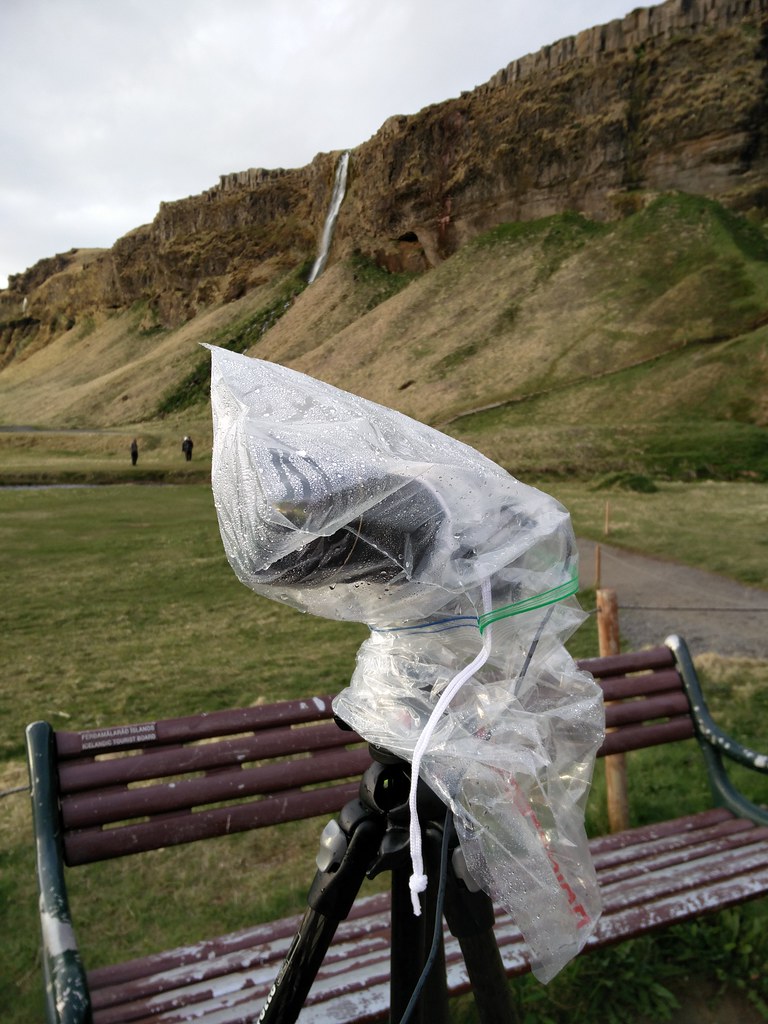 Sent from my ONE A2005 using Tapatalk

Just picked up the Nikon 200-500mm f/5.6 VR after testing it (via renting) against the Sigma 150-600mm f/5-6.3 Sport. What an awesome piece of glass the 200-500 is! Can't wait for the next airshow.
"Well, that's fine. You waste your money on a Mustang or a Ferrari. The fact is that if you want a sports car, the MX-5 is perfect. Nothing on the road will give you better value. Nothing will give you so much fun. The only reason I'm giving it five stars is because I can't give it 14."
--Jeremy Clarkson on the NC MX-5

I finally enter the world of DSLR, with the Nikon D3200, all I know is I have a lot of learning. I only have the 18/55 lens that it came with, so the next purchase for it will be a new lens.

Get a prime! There's an older Sigma 35mm f/1.4 lens that I had on my D60 and D7000 that really, really helped me learn photography. And don't be afraid to go into manual mode!
"Well, that's fine. You waste your money on a Mustang or a Ferrari. The fact is that if you want a sports car, the MX-5 is perfect. Nothing on the road will give you better value. Nothing will give you so much fun. The only reason I'm giving it five stars is because I can't give it 14."
--Jeremy Clarkson on the NC MX-5

Nikon 35mm f/1.8 DX or a 50mm f/1.8 are the best possible lenses with a small budget & warranty.
A lot of other good options available as well...
Ajakaamme.net A Finnish website dedicated to driving. damn, that definitely does not belong in a thread called "camera equipment"

http://www.mindshiftgear.com/products/backlight-26l
"Well, that's fine. You waste your money on a Mustang or a Ferrari. The fact is that if you want a sports car, the MX-5 is perfect. Nothing on the road will give you better value. Nothing will give you so much fun. The only reason I'm giving it five stars is because I can't give it 14."
--Jeremy Clarkson on the NC MX-5

Two new goodies that I got at the March? aux Puces in Paris a few days ago: 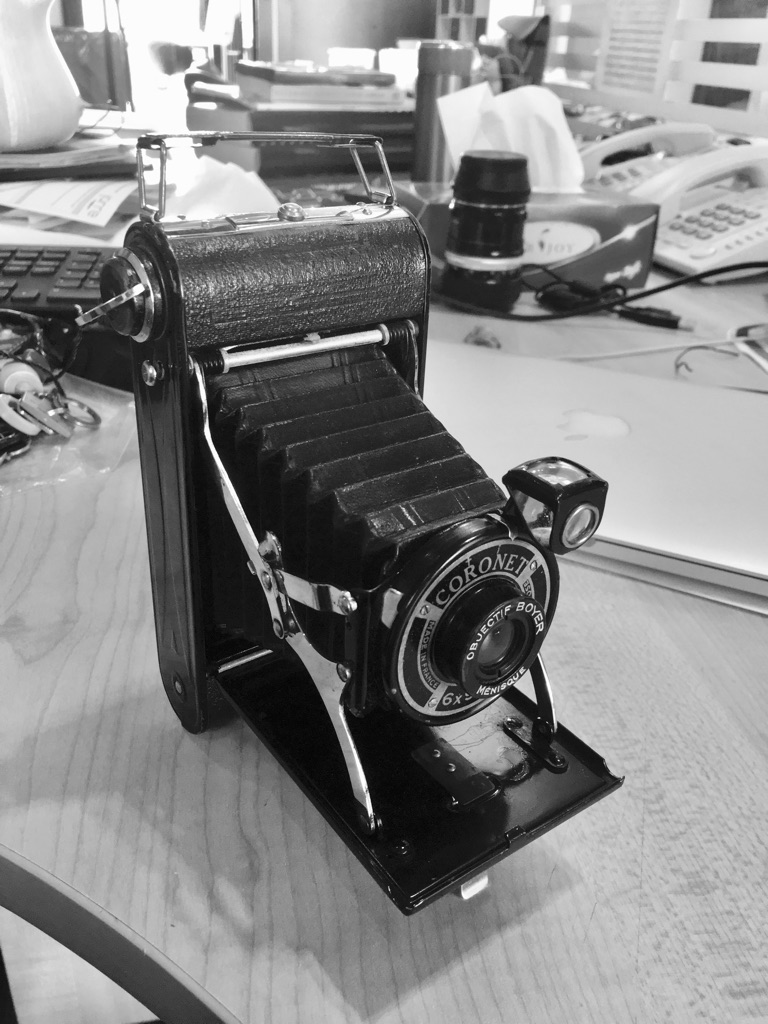 I couldn't find many details on this bad boy, the only things I know about it are from this Polish website (http://www.wzfo.warszawa.pl/?p=4319) where I learned that it's from 1946/47, made in France from an old British design, with a French 90mm f/11 M?nisque Boyer lens. It seems to be fixed focus, which is just as well because the viewfinder is just the tiny window near the lens. On the plus side, it can rotate to support either portrait or landscape, which is nice. 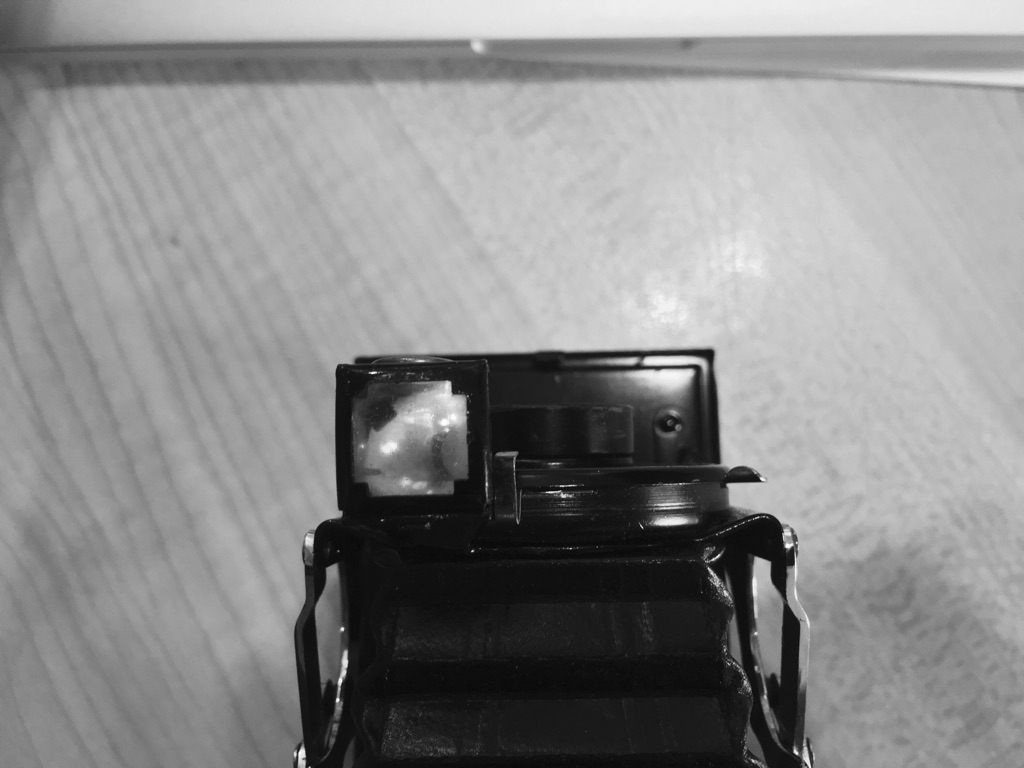 Oh and you get a choice between a blisteringly quick 1/50s shutter speed, or Bulb mode.

It seems to operate fine (then again it seems to have only one moving part), so I'm going to get a roll of 120 film for it this week end.
It's in overall good shape, but the leather cover is starting to peel of the metal frame. I'm torn between trying to glue it back or just let it be that way.
The bellow is in exceptional shape, given its age. I can't find any cracks or tears in it.


The second one I got is even more basic, amazingly.

Quite fancy, it has two viewfinders (portrait and landscape) and a choice between either a 1/25s shutter speed or Bulb mode.

Like the first one, this one seems to operate just fine with its one moving part, but I may not be able to load it easily, as it takes 620 film, instead of 120. It seems easy enough to modify a 120 roll to fit (http://www.instructables.com/id/Using-120-Film-in-620-Era-cameras/), but I'm missing the empty spool and I'm pretty sure I'd ruin a roll trying to hack it up to fit it.

killpanda said:
Two new goodies that I got at the March? aux Puces in Paris a few days ago:

It seems to operate fine (then again it seems to have only one moving part), so I'm going to get a roll of 120 film for it this week end.
Click to expand...

Nice. Before you load the film, do check the bellows for pinholes. Stick a small flashlight inside and see if any light escapes from the corners.
Threads: Panda, 7, LS400, Daimler, Kawa​

Thanks for the tip! I just gave it a quick try and can't see any light leak, from the bellow, I think it should be ok!

killpanda said:
Thanks for the tip! I just gave it a quick try and can't see any light leak, from the bellow, I think it should be ok!
Click to expand...

Excellent I have a similar (a bit newer) Agfa folder, but the bellows on that are crap, so I've never actually used it. One day I'll remake the bellows, if I find suitable material.
Threads: Panda, 7, LS400, Daimler, Kawa​

There's only one way to know if it works now, I just need to pop a film in and try

Let's see, using sunny-16, with f/11 and 1/50s, your ideal ISO100 condition is approximately an overcast day (very blurry shadows). But with B&W you get +- 3 stops of salvageable dynamic range easily, so anything from brightest sunny day to almost sunset can be rescued during printing/scanning.
Threads: Panda, 7, LS400, Daimler, Kawa​

I can also find some Ilford Pan F 50, maybe I should go for that as it's quite bright here in HK at the moment and I won't be the one processing / scanning the film.

Finally developed the film from this old ass camera and I'm impressed! It's so sharp! 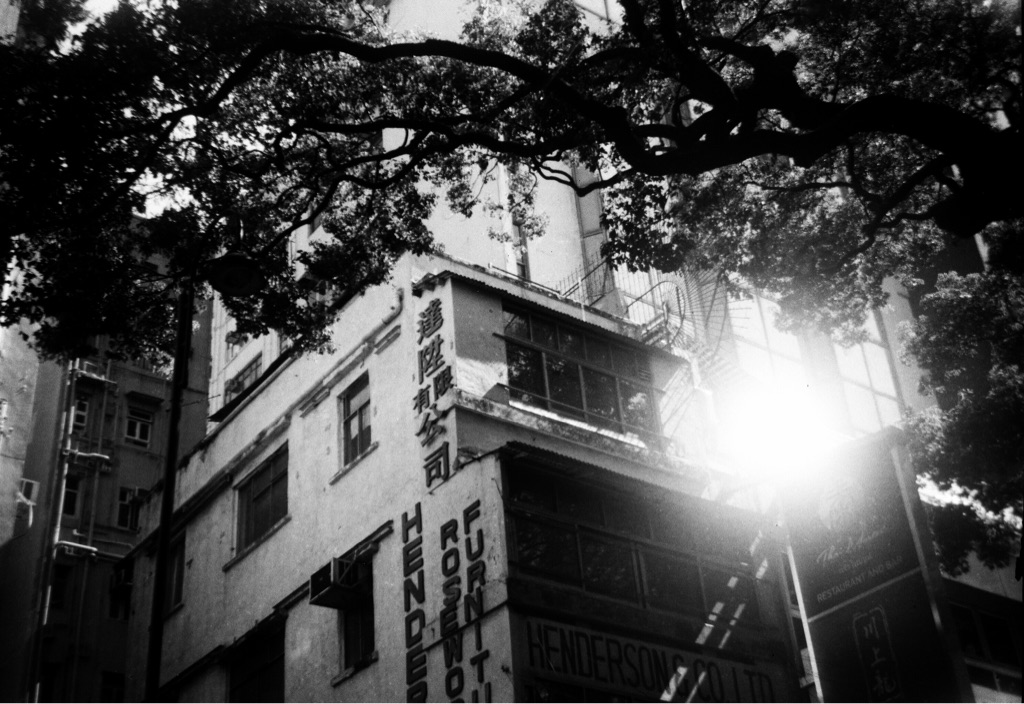