I've talked about mine a bit in the past, but now that S3's finished and the show has finally found its footing, how would you rate all 38 studio-based episodes? Here are mine in their entirety, I'd be curious to hear what the rest of you think: 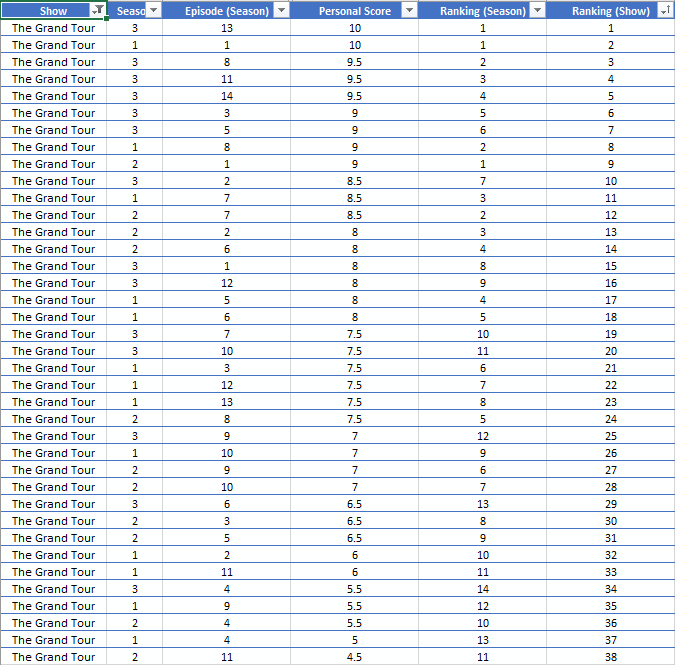 Probably the biggest discrepancy my list would have with anyone else's is Operation Desert Stumble, which sits in 32nd place at a 6, since both me and my family were bowled over with laughter when we saw it and I personally found it a much more enjoyable experience than ruining some classic convertibles for a monster truck that barely worked. I guess its biggest Achilles heel was the generational gap between those who watched it - as someone very well-acquainted with modern video game mechanics, it was an absolute riot. Without that knowledge, I can see how it would barely make sense to someone much older.
You must log in or register to reply here.
Share:
Facebook Twitter Reddit WhatsApp Email Share Link
Top