Recenty there was some activity in the Random Political Thoughts thread on the topic of the upcoming federal election in Germany, starting here.
I think this topic is sufficiently non-random to open as thread, so here it is.

For starters, the main points:

Three parties have announced "chancellor candicates", i.e. if they get the most votes, this person will be the next chancellor;

Obviously, the main topic in the political arena right now, and probably until the election, is the Covid crisis. As was discussed in length in the Covid thread, the German populace is less than enthusiastic about the federal and state governments have been handling this. The media is also all over this and does their best to fuel the rage. In all fairness, not only is the fight against the pandemic a total mess for the most part, the political communication of it all is nothing short of disastrous. It's as if it is a deliberate attempt to write a textbook case on how not to do political communication and government.
Because CDU/CSU is heading the government on federal level as well as on state level in most important states - and their lead candidate Laschet has been making a fool of himself in his role as prime minister of Northrhine-Westphalia - they do really badly in polls right now. Still on first or second place, but at only between 25 and 30%, which is quite low for them. The Greens are at a steady 20%+, although they too are the government in some states.

Interestingly, the AfD cannot cash in on the general dissatisfaction with government performance. Seems like - hopefully - people finally noticed that a) it's a Nazi party and b) they don't offer solutions at all. Both have been apparent almost since their founding, but latest since about 2015.

The coming months will be interesting. Much will depend on how the vaccination campaign - which, despite being badmouthed constantly as a "vaccination disaster", is about the only thing working as planned right now - succeeds. If current predictions hold and basically everyone who wants to gets vaccinated during the summer school vacations latest, this combined with most people's capacity of forgetting bad government performance very quickly will probably save the CDU/CSU and bring them out top. Otherwise, the Greens might actually win.

Of course, there are other important topics that the government, whoever it might be, will have to tackle in the coming years - like taking measures against (or rather, dealing with) climate change, the growing social disparity, repairing the EU (whatever that means), various foreign policy issues, ...

In any case, the next government will - this is my prediction - be formed by a coalition between CDU/CSU and Greens. Who will get to name the chancellor is undecided yet. And perhaps they'll need a third party to cover 50% of parliamentary votes, which would be provided by taking the FDP into the fold (completing the Black/Green/Yellow "Jamaica" coalition).
Also theoretically possible are the following coalitions:

Personally, I'm still torn between three or maybe four choices for my vote. All of them leaning more or less to the left, of course.

CROSSQUOTE SHENANIGANS! (which don't want to work properly, whatever!)
Just to give a bit of an idea of what a distasterous clusterfuck the union struggle for a candidate has been this past week...


eizbaer said:
stumbled across this, results from today, changes marked are since last week! So yeah, the xdu kerfuffle seems to have been a really great idea! (Yes yes forsa, but let’s have some fun)
View attachment 3560848
Click to expand...

This one I really didn't get. After the SPD sort of voted for a change of pace, a sort of renewal, when voting in the new leadership duo, they make Scholz their candidate. Doesn't make any sense to me. Scholz stands for all that the "old" SPD was, dumbest possible choice in my opinion...

Do you see/notice locally with people having an attitude of wanting a different party leading the country? Or is sort of indifferent "don't rock the boat" situation?

I'm overall surprised that COVID isn't the forefront from anybody at the moment.

Wait, you can have a male Kanzlerin?

That is all, wake me when September ends.

93Flareside said:
Do you see/notice locally with people having an attitude of wanting a different party leading the country? Or is sort of indifferent "don't rock the boat" situation?
Click to expand...

You can see a significant covid boost for the reigning party from lockdown 1, deteriorating during personnel discussions or lockdown n or corruption scandals or whatever over the last month or two: https://www.infratest-dimap.de/umfragen-analysen/bundesweit/sonntagsfrage/

DanRoM said:
"Traffic light with an extra red" ak.a. Greens/SPD/FDP/The Left: Yeah right. Would be fun to see for the five minutes until it explodes.
Click to expand...

I would have to invest in popcorn producers if that were to happen!

narf said:
You can see a significant covid boost for the reigning party from lockdown 1, deteriorating during personnel discussions or lockdown n or corruption scandals or whatever over the last month or two: https://www.infratest-dimap.de/umfragen-analysen/bundesweit/sonntagsfrage/
Click to expand...

93Flareside said:
Do you see/notice locally with people having an attitude of wanting a different party leading the country? Or is sort of indifferent "don't rock the boat" situation?
Click to expand...

Even if you didn't agree on the actual policy with the CDU/CSU, the general perception was that they are at least very competent at the business of running a government. Truth is, they were always good at managing the country as long as things were running smoothly. Or to put it slightly differently, Germany as a whole is good at that, and most of the time it was the CDU/CSU running things.
Now, in this monumental crisis, this image is exposed as not really true. It demands quick action, but the German political system is built heavily on the art of compromise between federal and state level. That takes time and also smoothes out drastic measures. The upcoming election and within that context, the competition within the CDU/CSU for the candidacy for chancellor (and other posts) took the focus of several key figures - namely the prime ministers of the two biggest states, NRW and Bavaria - away from fighting the pandemic, in favour of looking good. They failed to realize that beating the virus would have been the best way to do that.
Add to that some cases of blatant corruption relating to buying of masks and other things, strangely exclusively committed by CDU/CSU members of parliament as it seems.

To come back to topic, at least at this time it looks like the populace is really fed up with such irresponsible behaviour (no wonder, we are in a half-assed "lockdown" for half a year now, everyone is on edge), hence the poor performance of the ruling party in polls over the last few months. It already hurt them in two state-level elections in March, which would have been much worse if Covid hadn't made many more people than usual to vote early by mail (the corruption scandals broke less than a week before those elections).
Furthermore, they have been in power for 16 years straight now, and many feel that they are really out of ideas when it comes to policy, and the personnel they have lacks quality (basically because Merkel got rid of everyone who could endanger her position during that time, so no one is left). It's been said for years now that without Merkel at the helm, the CDU will lose some percentage points.

In conclusion, yeah it's definitely a will for something different. The only way to get that would be a government without the CDU/CSU. It's quite difficult to know what to vote for to achieve that...

I'm overall surprised that COVID isn't the forefront from anybody at the moment.
Click to expand...

Problem with that is, by the time the new government is sworn in, Covid will probably be past the worst stage at least (the official goal is to have everyone who wants vaccinated by "end of summer", which coincides nicely with the election date), and the main challenges will be dealing with the economic and social fallout, as well as the return of the usual topics of politics. All of which will only get minuscule attention during the election campaign.

DanRoM said:
Problem with that is, by the time the new government is sworn in, Covid will probably be past the worst stage at least (the official goal is to have everyone who wants vaccinated by "end of summer", which coincides nicely with the election date), and the main challenges will be dealing with the economic and social fallout, as well as the return of the usual topics of politics. All of which will only get minuscule attention during the election campaign.
Click to expand...

The really bad thing is that many of the parties who are now gaining followers (Green, Left and SPD) have a horrible track record of ruining the states they rule (I lived under Red Green in NRW and the following administrations are still trying to clean the mess they made with ruining the police and school system financially). Also, they are openly anti-industry, so I really fail to see how they want to bring our economy back up after covid.
Max (1986 E32 735i):

It's concerning how the AfD even has that many votes. :/

Whose poll? Always include who’s asking the questions

while they may say they’ve asked a representative selection of the populace, results always seem slightly skewed one way or another depending on the institution…

as expected, because of increasing vax rates and decreasing COVID numbers, the CXU are regaining some popularity. All this despite the fact that more and more COVID related corruption is being uncovered in their ranks and they’re continuing to take the country for a fool regarding climate change mitigation (rushing through a set of new goals [no actual measures to achieve those] while patting themselves on the back and celebrating the judgment forcing them to amend their very own law they fought for years to keep as toothless as possible). It’s insane. It reminds me a lot of the GOP behavior over the last years tbh and it scares me (because it seems to be working): facts don’t matter if you shout loud enough that you’ve achieved something…
Last edited: May 14, 2021

eizbaer said:
Whose poll? Always include who’s asking the questions

while they may say they’ve asked a representative selection of the populace, results always seem slightly skewed one way or another depending on the institution…
Click to expand...

The numbers line up with ARD-DeutschlandTrend one week ago.

/me gets the paint brush... 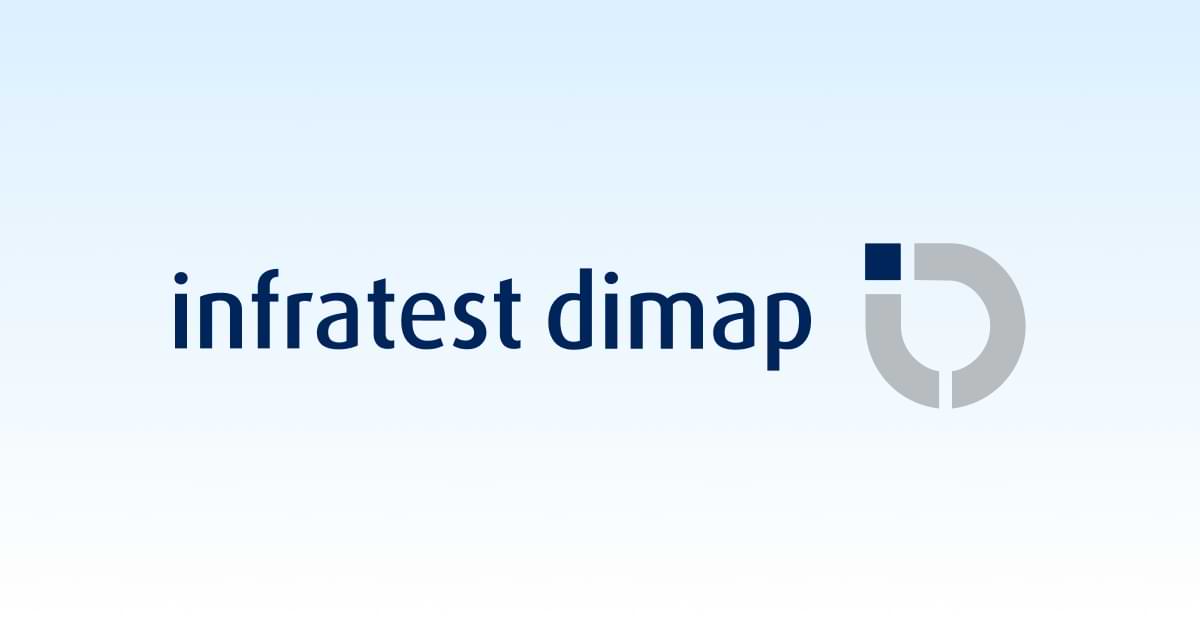 It appears to be changing again...

That link is showing 24% for the “AfD” in Saxony-Anhalt’s regional elections… the shame!

calvinhobbes said:
That link is showing 24% for the “AfD” in Saxony-Anhalt’s regional elections… the shame!
Click to expand...

Maybe maybe we don't have to be worried about autobahn speed limits just yet.

I'm disappointed how high the AfD is polling though...

Noon: Laschet demands more climate action [wtf he’s the one in government, just DO it
4 hours later: We won’t change our politics because of one day like this…
Click to expand...

But I have no reason to hope that he won’t be our next chancellor. Schlaf, Michel, schlaf…