Spectre said:
GTO is the initials (in Italian) of a homologated racing class, so nothing to really steal there - though unlike the Ferrari, the Pontiac and Mitsu weren't actually homologated for racing. Also, the original model name for the Ferrari was the '250' or '330' with the GTO being a subtype, not a model name.

Even if that weren't the case, isn't Ferrari supposed to be above stealing from other makers? Maybe the next car should be the Ferrari CVCC.
Click to expand...

I thought it was common knowledge that Pontiac was inspired by the 250 GTO to use the GTO name.
On the other hand it's just a coincidence that the new Ferrari shares its name with an old Brittish car no one's never really heard of.

Yes, it was inspired, never denied that - but Ferrari got the GTO moniker from Homologated Grand Touring - Gran Turismo Omologato, in Italian. Thought that was common knowledge.

It wasn't a separate model, just a model variation - at least officially. Even Ferrari says that, see link above. The actual car model was the 250 - just like the Mustang GT and the Mustang Cobra is just a variant of the regular Mustang.

And yes, at the time, automotive fans decried the use of "GTO" on a Pontiac that wasn't grand, wasn't a touring car, and it wasn't homologated. Back when I was shopping for a modern Pontiac GTO, I'd planned on restoring the Monaro badging.
Last edited: Feb 9, 2011

Spectre said:
Yes, it was inspired, never denied that - but Ferrari got the GTO moniker from Homologated Grand Touring - Gran Turismo Omologato, in Italian. Thought that was common knowledge.
Click to expand...


And that's the point I was making. Ferrari named the 250 GTO as such to show that the car was homologated for GT racing, and came up with the original moniker "GTO" and Pontiac and Mitsu just copied it.

I don't see why you keep saying that "GTO" was just a variant name and not a model. It still doesn't negate the fact that Pontiac and Mitsu copied it.

Anyway, this thread isn't about the 250 GTO, it's about the Ferrari Four so we should get back on topic.

Polly said:
I'm not to keen on the name as well (my first association was the Ferrari Fast Forward - which in itself is kinda good), but let's call it a tribute then.
Click to expand...


For me, the first connotation of "FF" is "Front engine, Front wheel drive." I have the Gran Turismo games to thank for that.

For that reason the name is awkward to me, but the car itself looks great.

As for the Z3 coupe, that came to mind immediately for me as well, not because it's the most iconic shooting break, but it's the only recent one that still around in significant numbers (at least that I've seen).

putting ferrariworld in their advertising is not a good idea in my book. cheapens the whole brand.
#carmagnum

I was almost reminded of the hatchback version of the Subaru STI during the snow scene. Not so much that it looks like the STI, but its what the STI could have looked like if it wasn't but ugly. I think its the wheel arches and the basic shape. Obviously the FF is long and more low slung. Its cool to see it thrashing around offroad. Maybe they'll enter it in the WRC 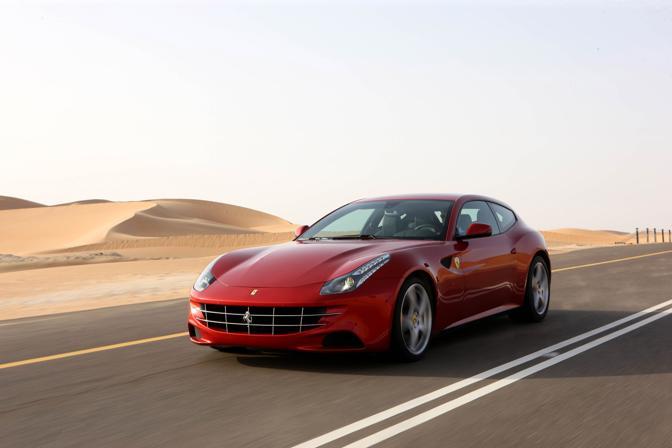 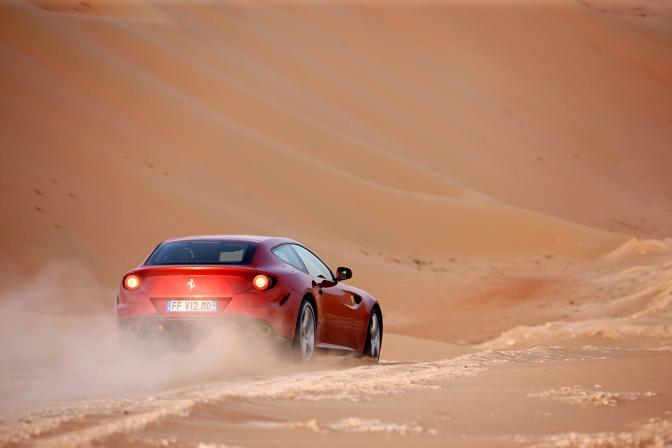 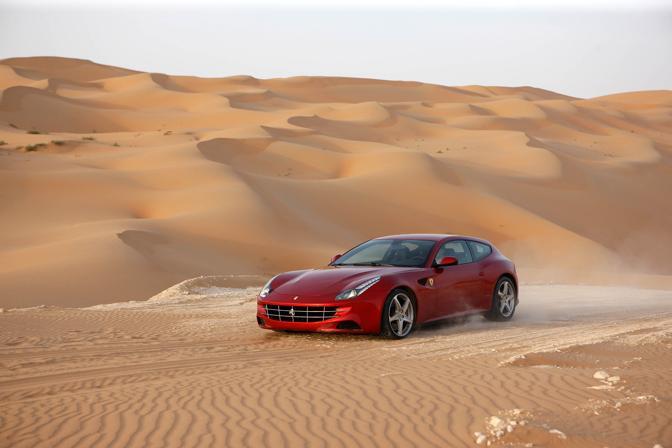 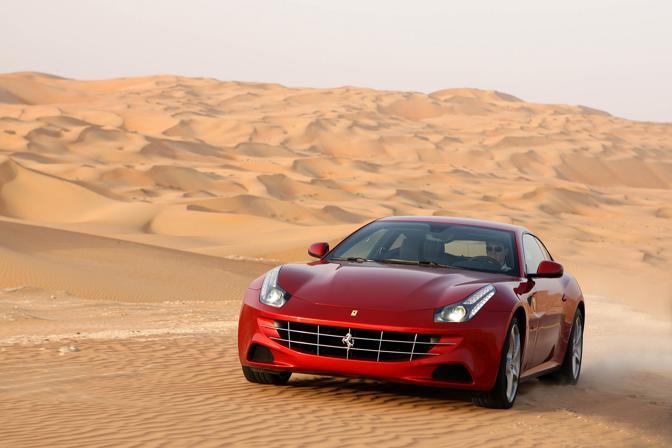 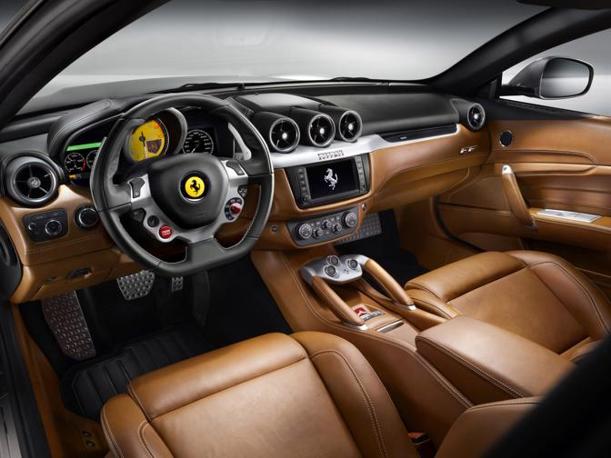 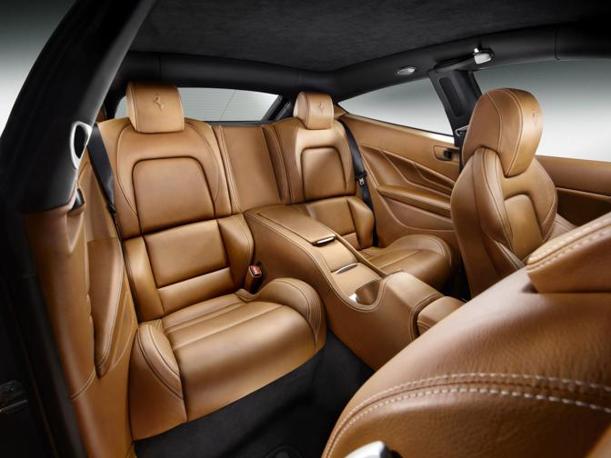 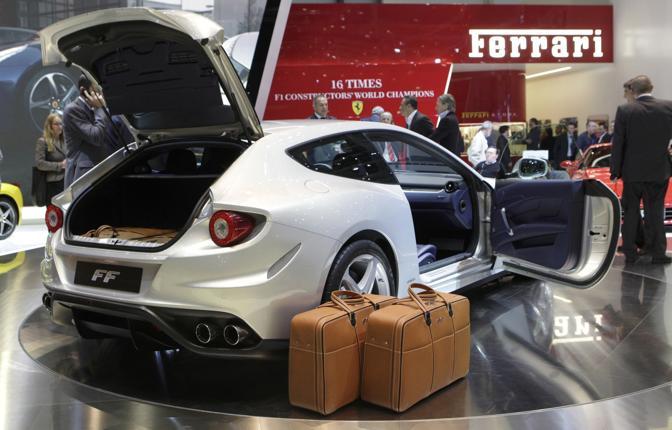 I'll have mine in a metallic grey. Now who want's to buy a liver?
I've always had an irrational fear of anamorphic armadillos.​

I'll take one in metallic blue. Can't offer any of my own organs though...

Hopefullly they make a sports/special version, so they can call it the FFS.

My local dealership is taking orders, I talked to the salesman I know there, already 6 orders put in. I told him to let me know when the first one comes in so I can see it in the flesh.

Why has Ferrari built a Reliant Scimitar? The worst use of Bianco Fuji.

The red makes it look bloated as it hides a lot of the "styling lines", whilst the silver makes it looks like an over-styled shopping hatch.

You probably won't believe it but this was the same car that came to my mind when I first saw the FF.

WE KNOW EVERYONE THINKS IT LOOKS LIKE THE FRACKING M3 COUPE!!!!